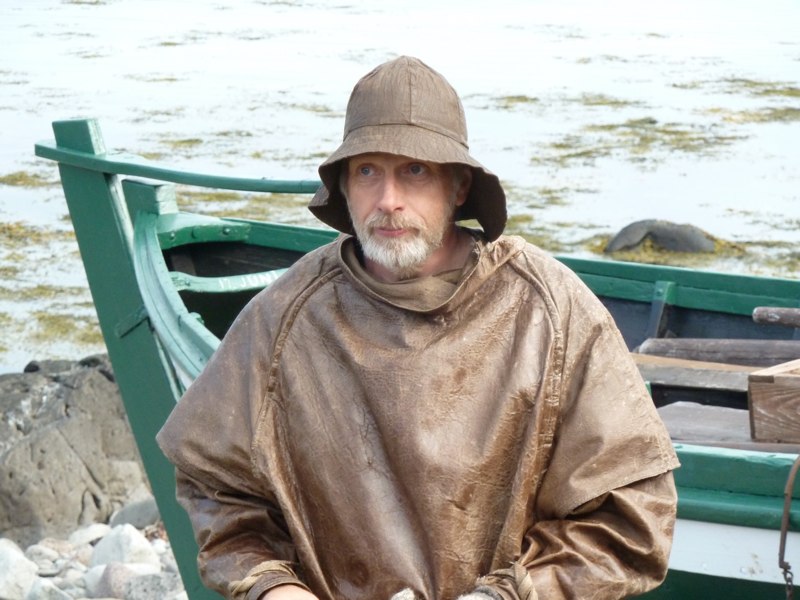 Today we visited the city of Isafjordur, Iceland.  The name means “ice fjord” in Icelandic.  There is a population of approximately 4000 people here, with fishing as its main industry.

We started our day out early with a tour of the ‘Best of Isafjordur.’  Our first stop was a fishing camp.  They explained that this camp and camps like it were in use in the area from about the year 900 through the early 1900’s.  They had the camp set up like it was during those times.  A gentleman was dressed up in authentic fishing gear, made from sheep’s skin that had been treated with fish oil to give it a waterproof characteristic.  He spoke in Icelandic while our tour-guide translated.  They also had the buildings set up they way they lived.  There were usually two ship crews to a camp, a crew consisting of 6 men.  There was always a woman at camp too, and she would cook, clean and basically manage the housekeeping/maintenance of the camp/buildings, while the men concentrated on fishing and processing the catch. 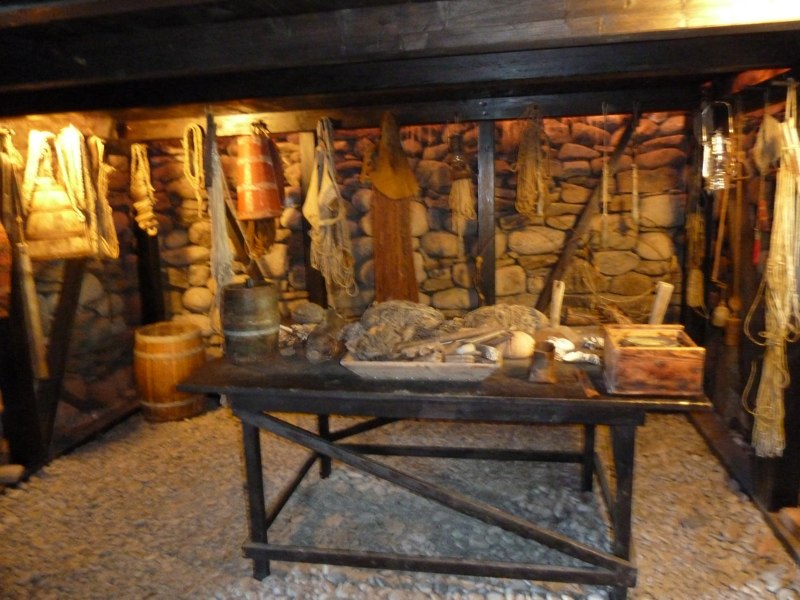 Inside the fishing hut

Outside of the hut – showing the turf on the roof. 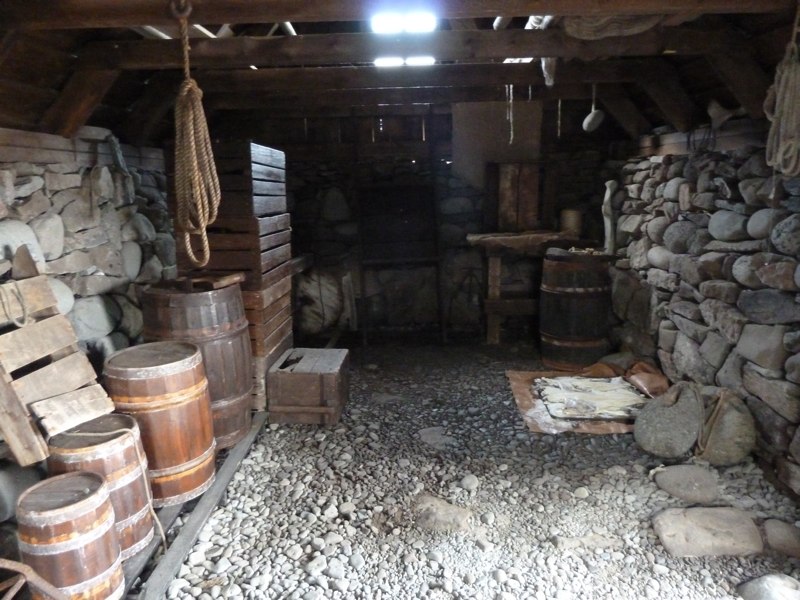 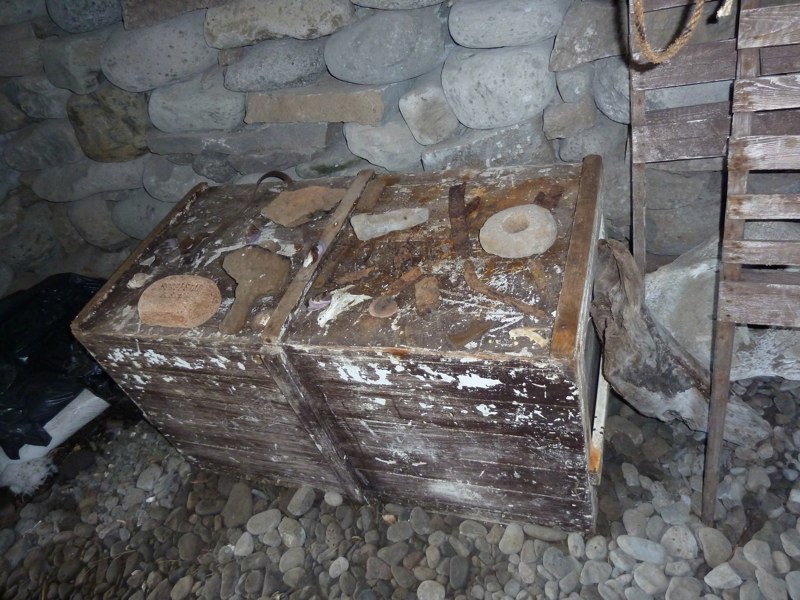 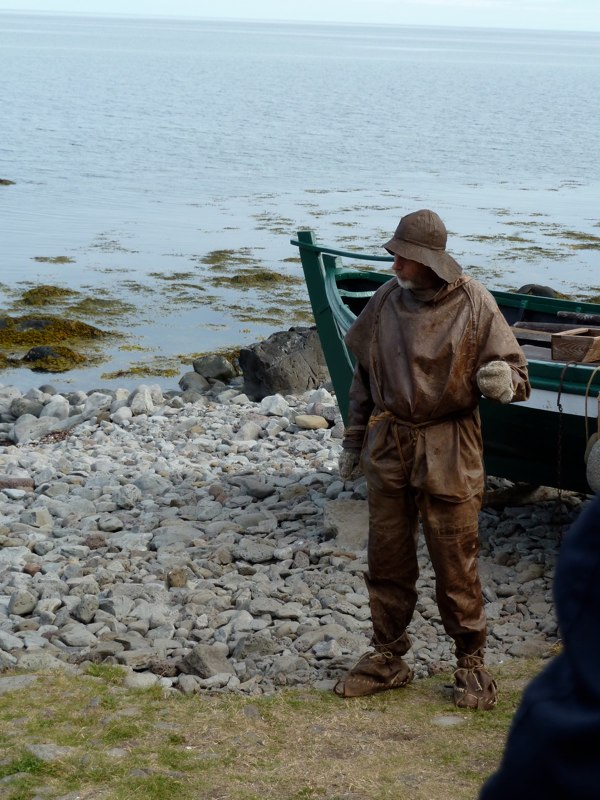 After we left the fish camp we drove to another nearby community where we were treated to a mini-concert by a young lady named Helga who played her accordion for us, in a lovely little community church. 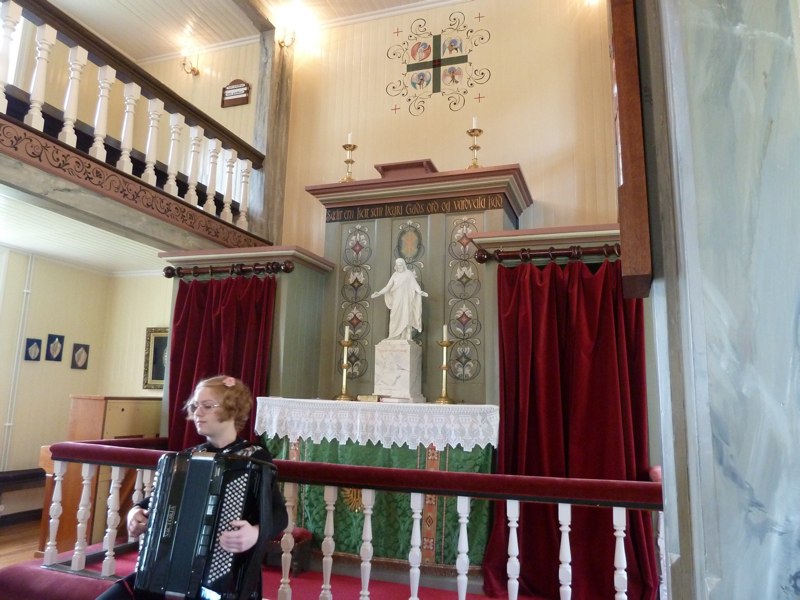 Helga and her accordian

After we left the church, we drove all the way across the area again to a waterfall/camping area.  The tour-guide explained that the area has the ‘summer houses’ of the residents of Isafjordur, and that the locals like to go there and camp as well.  We saw many people camping.  Not only were they camping in the area near the waterfall, but they were also camping right in town too, in vacant lots across from businesses and homes, it was strange to see campsites right in town.  She also explained that recently, they had an avalanche and most of the summer homes were destroyed and a man was killed.  Now they have made it illegal for anyone to be in those homes in the winter, and they have put in place some avalanche-preventing berms. 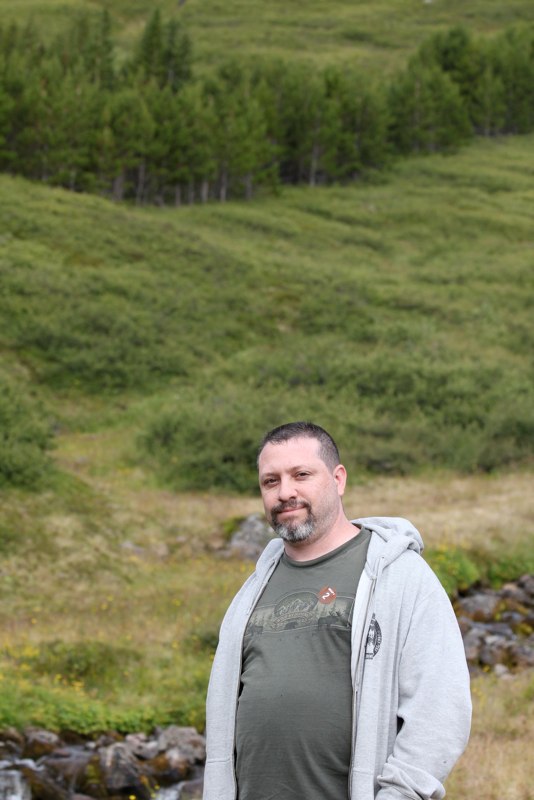 Adam at the falls – the water was pure and cold, our guide got us some to dring 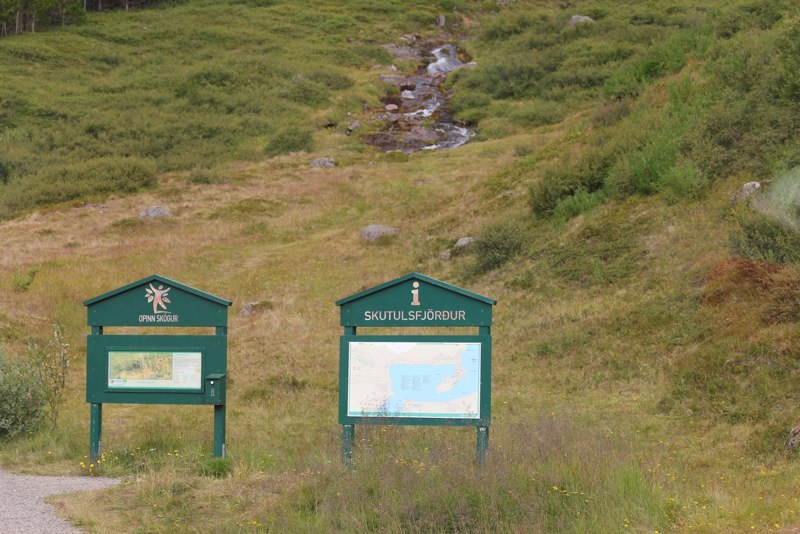 Last stop on the tour was the town’s museum where we were treated to a demonstration of native dancing by some local children who also sang and shared a folk tale with us.  Then we were free to view the museum and sample some shark meat if we wanted, in addition to a local drink named ‘black death.’  Adam tried the shark, but I wasn’t brave enough.  We also sampled the “black death’ and I thought it was horrible, but Adam liked it.  It was some sort of schnapps and vodka combination I think. 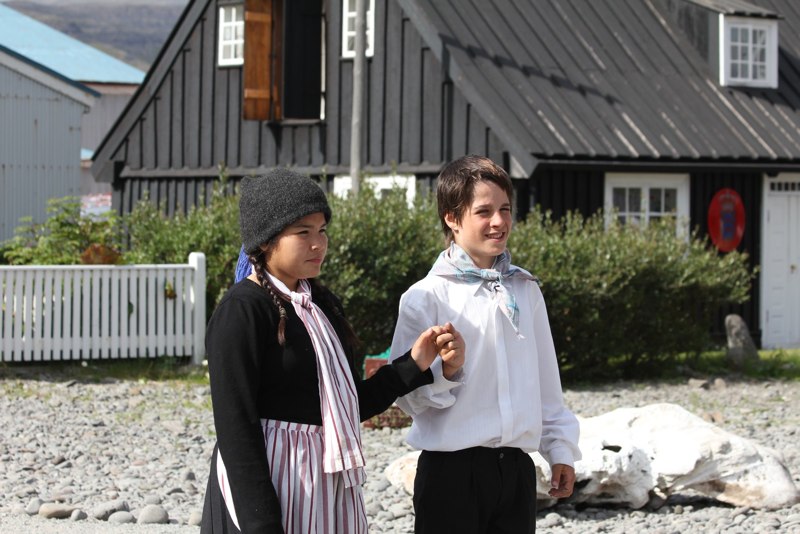 Ar the museum the local children showed us some traditional dancing 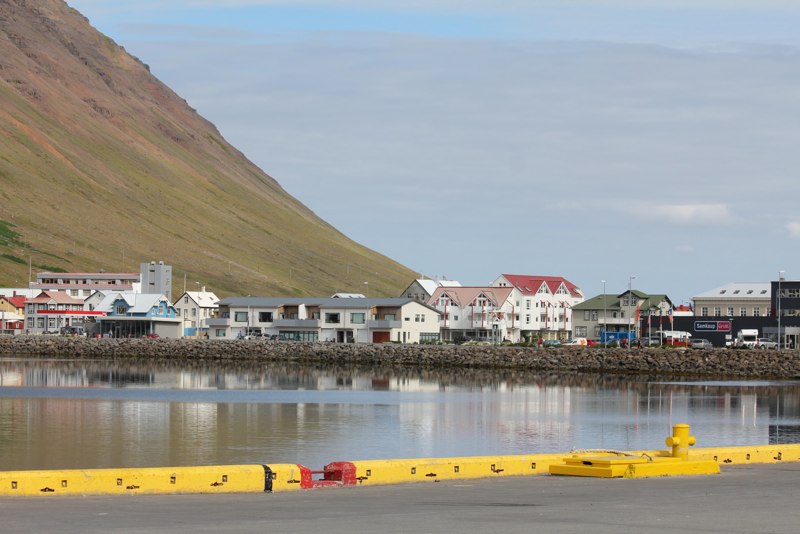 The village near the museum 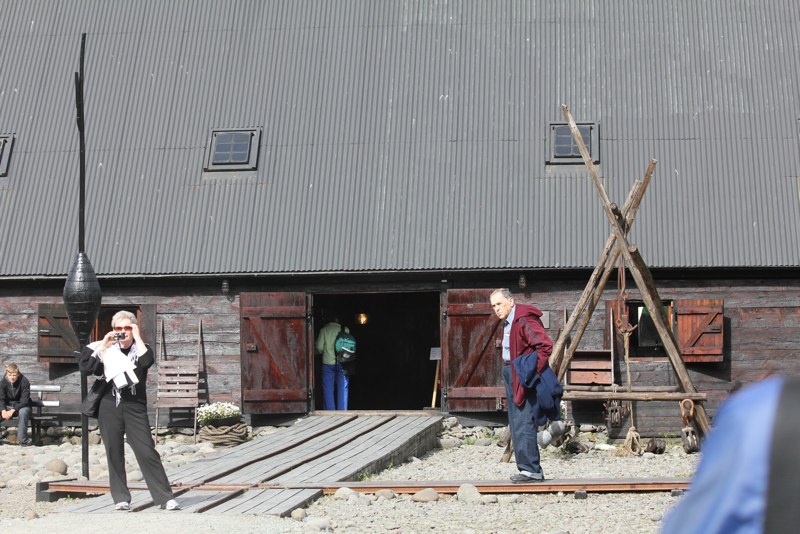 The museum that had ‘black death’ and the fermented shark 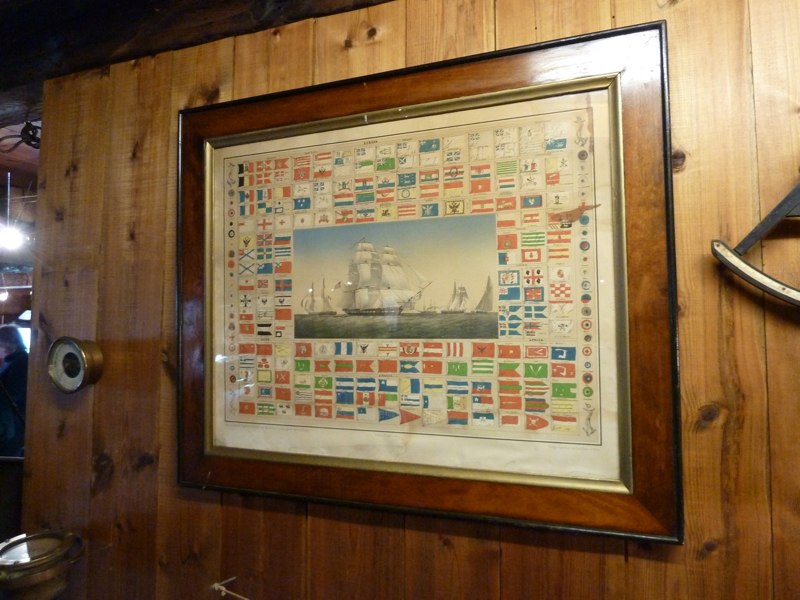 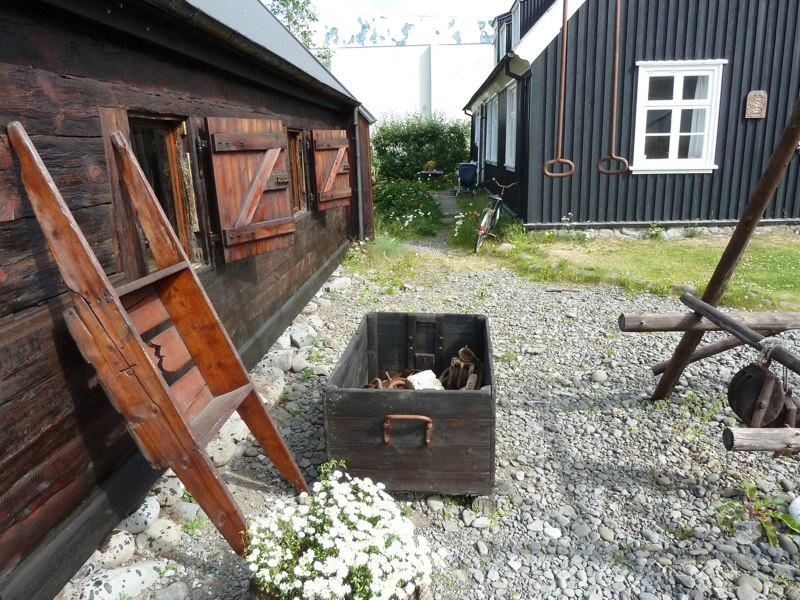 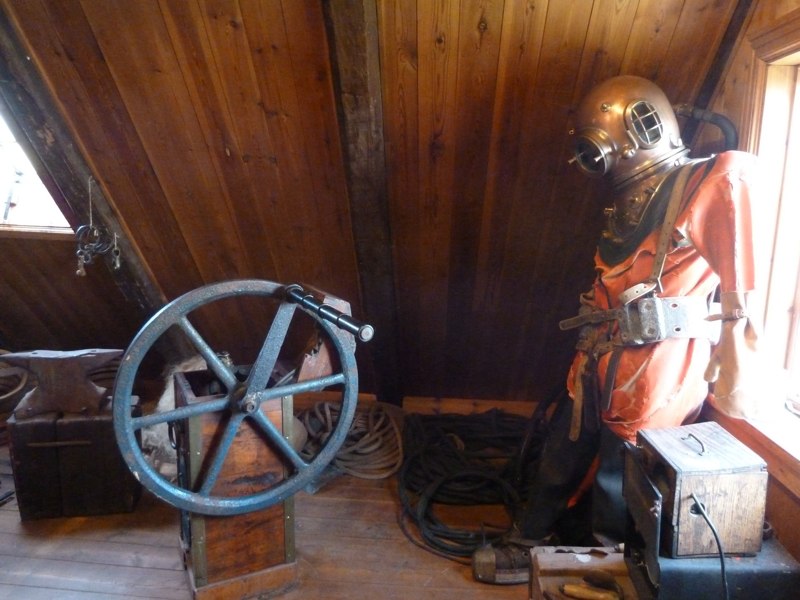 We left the museum and explored the downtown area for a while.  They had a visitor center with free internet so we were finally able to get the rest of our blog and photos uploaded. We checked out the local shopping but there weren’t many shops with souvenirs.  We sat and visited with some of our ship-mates and enjoyed the afternoon sunshine.

We compared notes on the days sights and we were sad to discover that none of us had yet seen the “Puffin” birds that we were told were prolific in the area.  Yesterday, on the way back to the ship on the tender, a fellow showed me a wonderful photo he had gotten on his tour of a Puffin, but he shared that the photo had cost him $300 to acquire because that’s what the tour had cost for himself and his wife.  He was at least happy with his photo though!

We headed back to the ship, had some lunch and lounged in our cabin until sail-away time.  We enjoyed being out on our balcony and were able to see jellyfish and “Man-o-wars’ in the water below us.  We also saw many sea birds.  Adam spotted what he thought was a puffin so we grabbed our camera and tried to photograph it with the zoom lens, but he flew away before we could get a good photo. Now that we suspected that there were Puffins in the area, we started looking at all of the birds through the zoom lens. We finally identified what they looked like. They were flying in small groups very quickly, in a line or a ‘v’ shape.  Now that we knew what they looked like in flight, we saw that there were many around.  None of them were really close enough to the ship to get good photos, but we were able to photograph them well enough to confirm that they were puffins.

Dinner was fun, visiting with our table mates and sharing stories about our day’s adventures.  After dinner we attended a private art show for ‘VIPs’ that we were invited to by the Art Director. There were many interesting pieces.

We played in the casino for a while, and someone was playing my favorite machine and it was paying off nicely for her.  On the other hand, I didn’t do well at all, on the ‘other’ machines…it’s just not the same unless I get my favorite machine.

Time to head back to the room and Adam spotted a whale from our balcony.  We tried to get a few photos, but he/she didn’t want to show off much.  Last night at dinner, there was a whale going by that was kind enough to show his tail flukes to the appreciative dinner crowd, but we didn’t get that luck tonight.

It’s now shortly after 11pm and it appears to be about 6pm outside, just like twilight…still very light.  I’m sure it won’t get dark until well after midnight, if at all tonight.  We are heading for our northern-most port tomorrow: Akureyri, Iceland.