Here we are in “windy” Wellington! Well.. that’s what they call it but fortunatey it’s not windy at all! But it is cold and rainy… 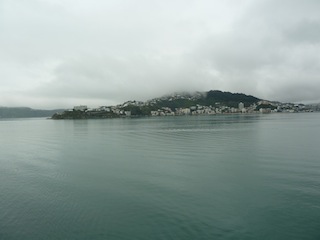 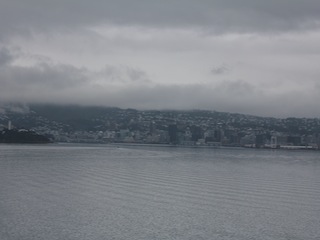 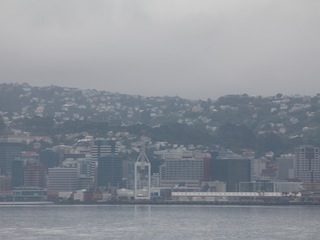 We have a very early morning tour that will take us to another sheep dog demonstration and then to see a shipwreck and some lighthouses. Then we are supposed to have some time to browse around the city.

So we grabbed breakfast and hopped on the tour bus.

On the way over to the ranch we passed lots of nice scenery. For the most part it was a cruise along the water. 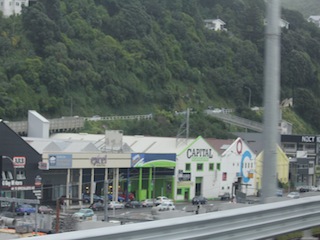 We arrived at the Ranch and watched the sheep dog demonstration. This one was much different than the one yesterday since there were 2 dogs this time. One was silent and he brought the sheep in while the other dog would bark and use his voice to take the sheep out. 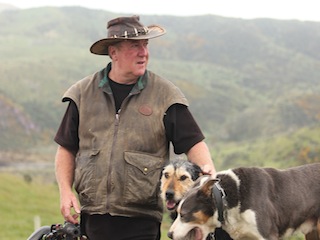 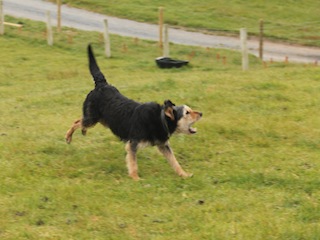 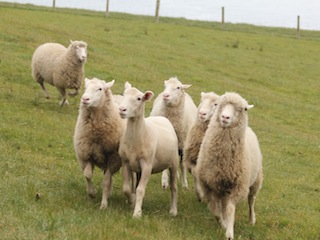 Then we had lunch in this nice ranch house. It was warm and cozy with a nice fire. 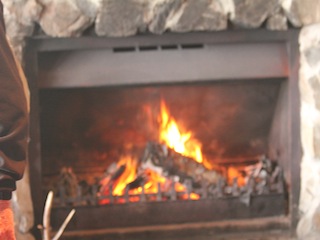 Next we drove to a shipwreck from the mid 80’s. We weren’t sure why this was a big deal but we took photos anyway. 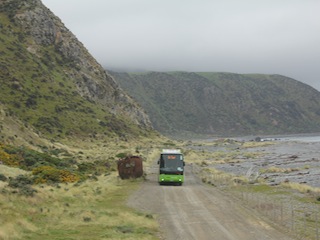 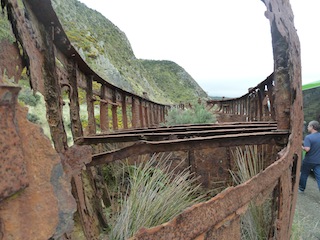 Next we drove to a lighthouse… 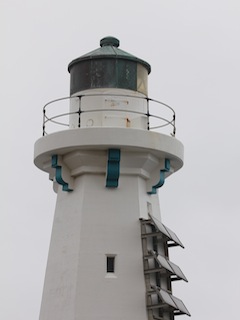 After our tour we had time to browse around the city and we took a cable car up to the top of the highest point in the city which had some nice views – althought it was still pretty cloudy. 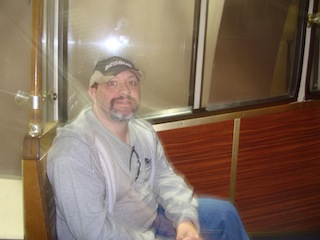 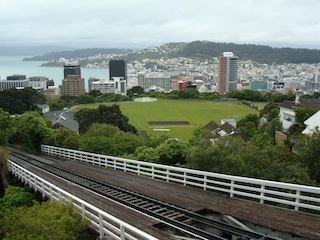 At the top was an observatory.

And a beautiful botanical garden but we ran out of time to walk all the way down to it but we got some beautiful photos from where we were. 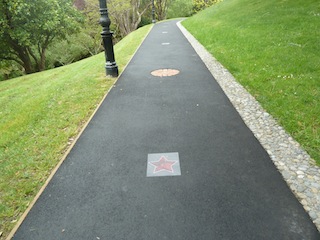 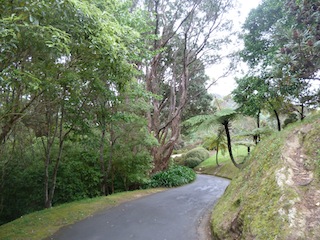 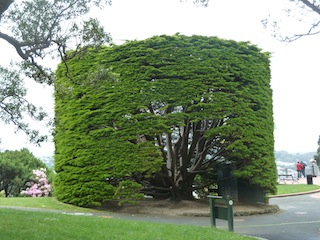 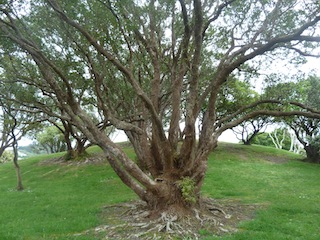 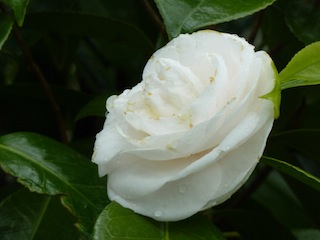 After we took the cable car back down we passed what they referred to as the American Embassy (McDonalds) and we took a photo of their special – the Kiwi Burger and all the other Kiwi specials. 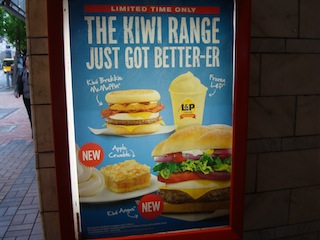 Tomorrow we have a short port at Napier. 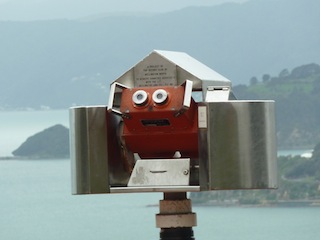