Now our cruise was over but we had bonus days in Barcelona, Spain!  When we disembarked, Art and Cheryl needed to head home, but the rest of us stayed a couple of extra days in Barcelona.  We enjoyed our time here very much!  I wouldn’t mind visiting again some time and exploring more!

We thought this was amusing – a band called Horse Meat – playing at the disco…these signs were all over.

We stayed at the Gallery Hotel – and this was our room key – it was HUGE – too big to carry around so we’d just leave it at the front desk when we went out and about.

Bonnie enjoying the bubbles of a nearby shop

Casa Milà, popularly known as La Pedrera or “The stone quarry”, a reference to its unconventional rough-hewn appearance, is a modernist building in Barcelona, Catalonia, Spain. It was the last private residence designed by architect Antoni Gaudí and was built between 1906 and 1912

Remnants from the Olympics 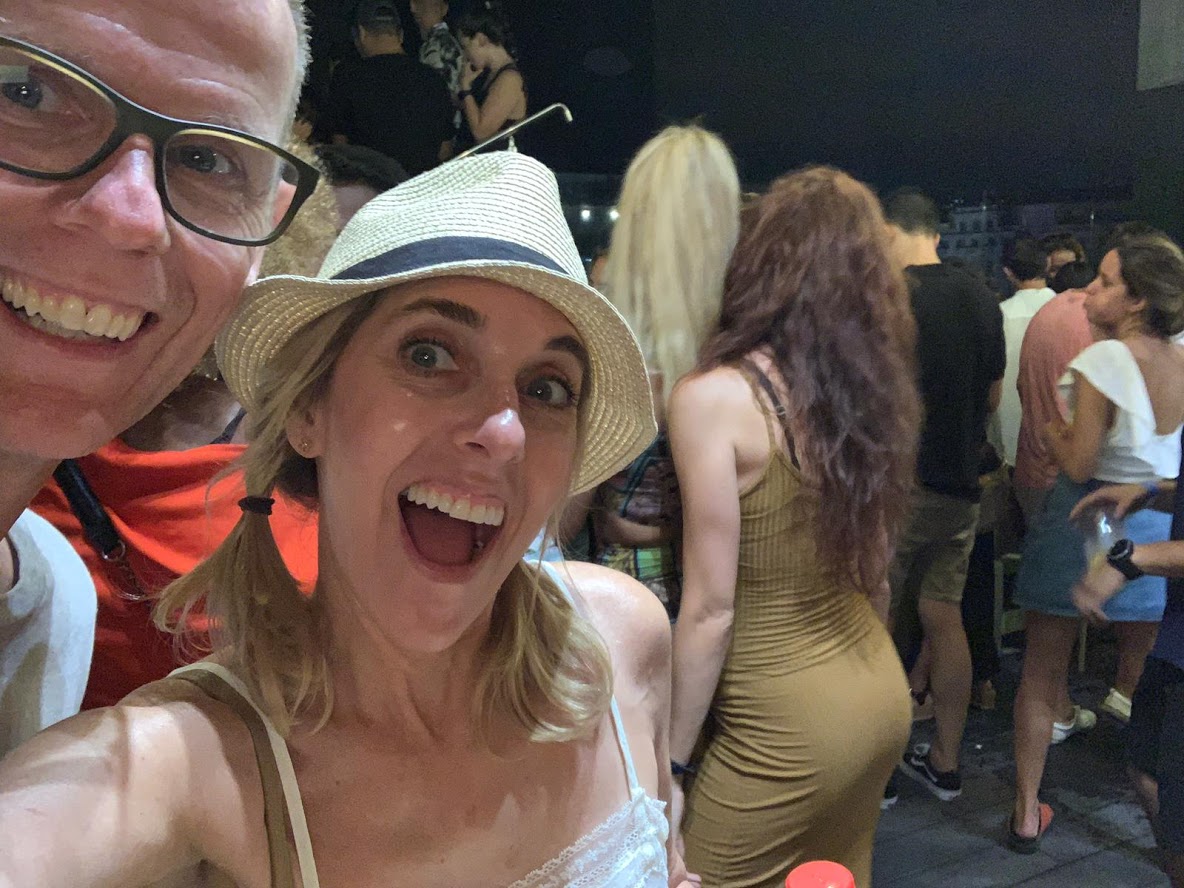 The hotel we were in had a hotel-top party and Steve and Bonnie went to check it out!

The waterfront/beach in Barcelona – near the casino where we played for a while.

Susan and Murray both like playing slot machines – it was fun!

At the harbor, waiting for Bonnie and Steve to arrive. 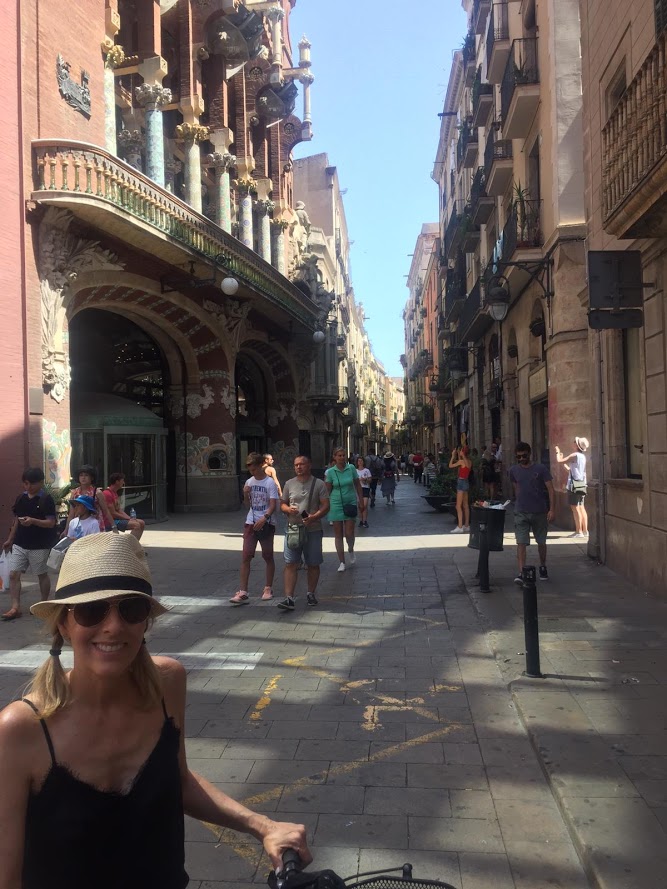 Bonnie and Steve got a much better view of some of the architecture – next time we’ll do bikes!

This little dog was wearing shoes and we thought it was cute!

Steve and Bonnie rode bikes from our hotel to meet us (we got there via Tour bus).

The lovely harbor we walked around.

We had to try Tapas while we were in Spain! It was a beautiful spot – and the tapas were good – but a little pricey.

Adios, Barcelona – until we meet again!  Where do we go next?