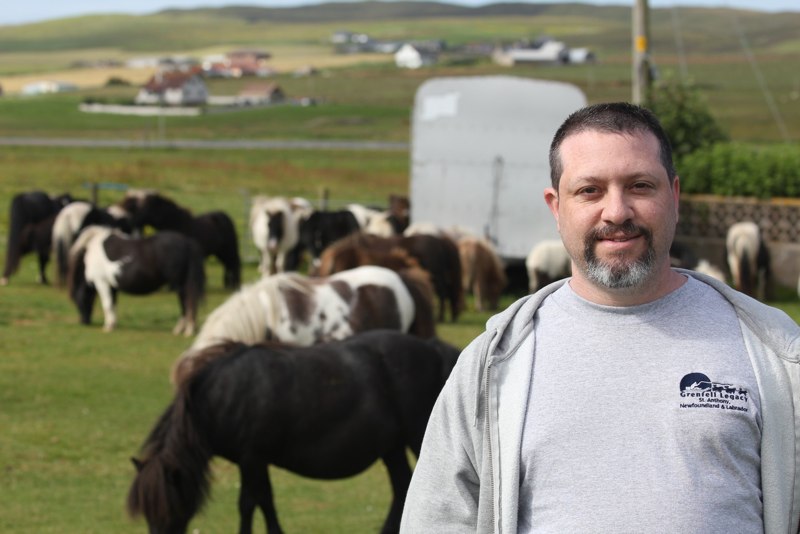 Today we visited Shetland Islands, Scotland. The Shetlands are the most northerly part of the British Isles. According to the documentation we were given, thee are more than 100 islands in all, but only 12 of them are inhabited.

The largest of the Shetlands is “Mainland” where  the capitol city of Lerwick is on the eastern shore. This is where we docked this morning.  We met our tour bus upon exiting the ship and we traveled to a beautiful lush, green valley only about 10 minutes away, where we visited a Shetland Pony ranch.  The owner of the ranch had gathered several ponies in a front pasture and we watched them as he gave us a short lecture about their background and value and their part in the history of the island.  The pen we were viewing contained his female ponies and their foals that had all been born in May.  He said they purposely breed them all in June so they will all give birth around the same time in May. 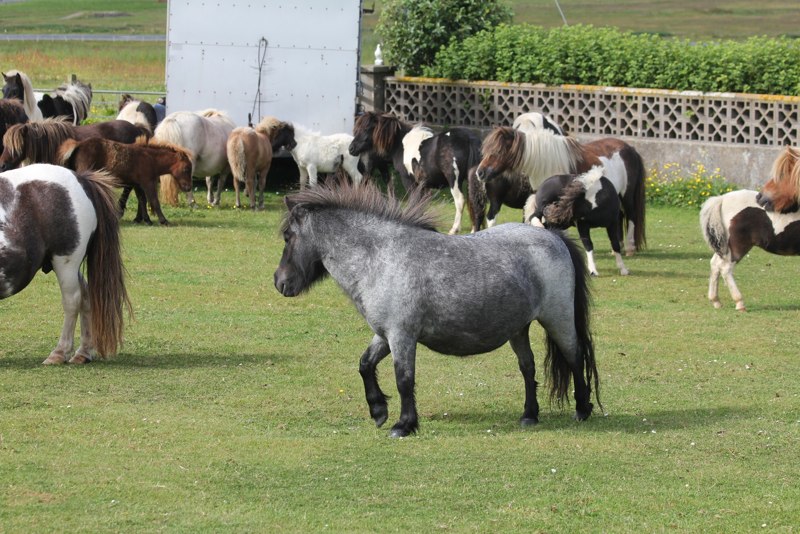 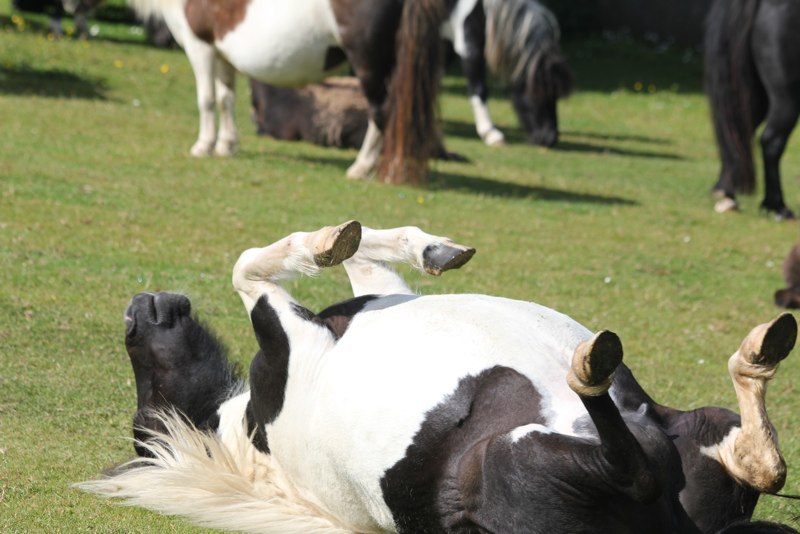 A couple of the ponies were friendly enough to come up to the fence and allow us to pet them, but for the most part, we had to admire them from afar. 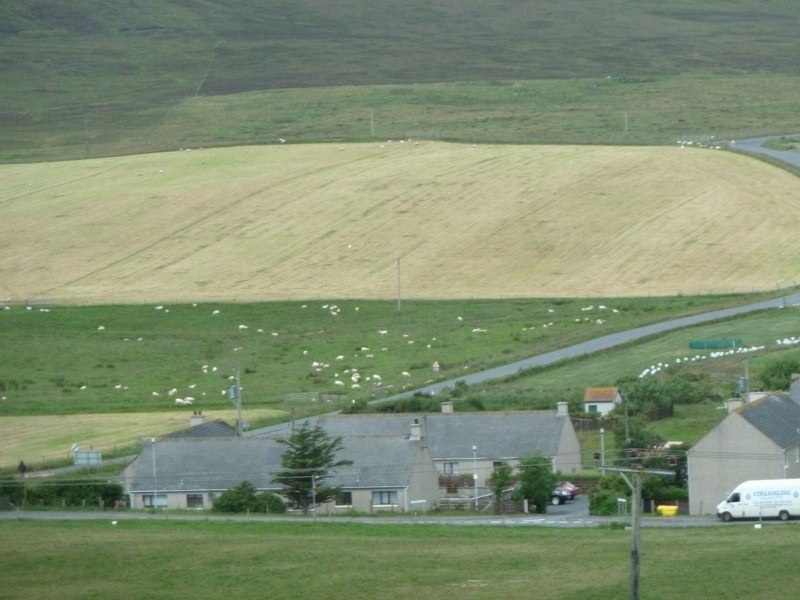 Lush green hillsides all around the island.

After we left the pony farm, we traveled to another town called Scalloway, which is a lovely little harbor town. The main attraction to tourists there is Scalloway Castle.  The story with this castle is that the Earl, Patrick Stewart (Son of Robert Stewart, who was sent to govern by his half-sister the queen) was rather selfish and taxed the people heavily and used the funds to surround himself with luxury.  He also forced the locals to build him his castle.  He was later put to death for treason (for spending the taxes on himself, instead of sending it to the King), and the locals who hated him and his castle, let the castle fall into disrepair.  We were allowed to go inside the castle and view the three levels.  In the days when it was built it must have been a grand and beautiful place, but now it’s just some historical ruins. 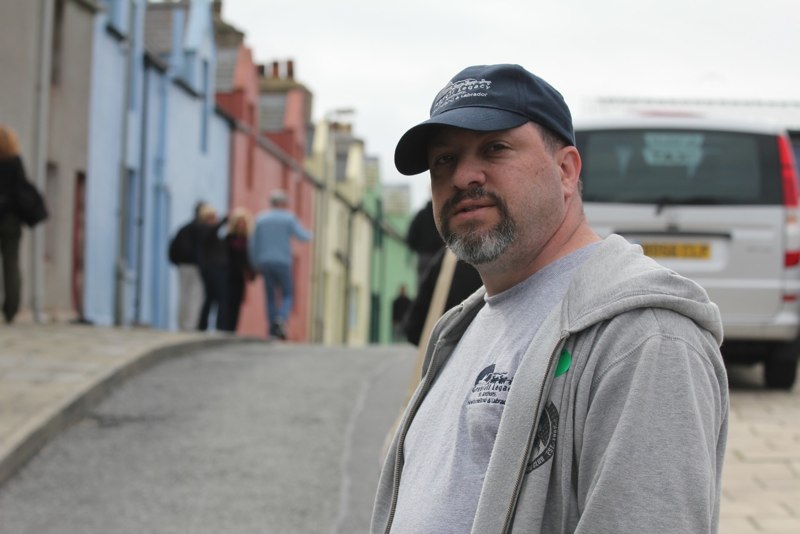 Adam as we set off toward the castle 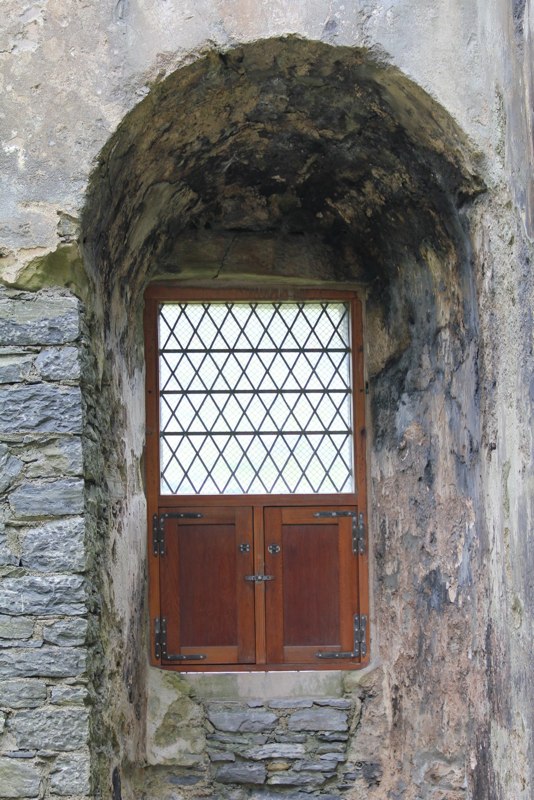 The locals have torn the castle apart – but some of the features remain, like this window. 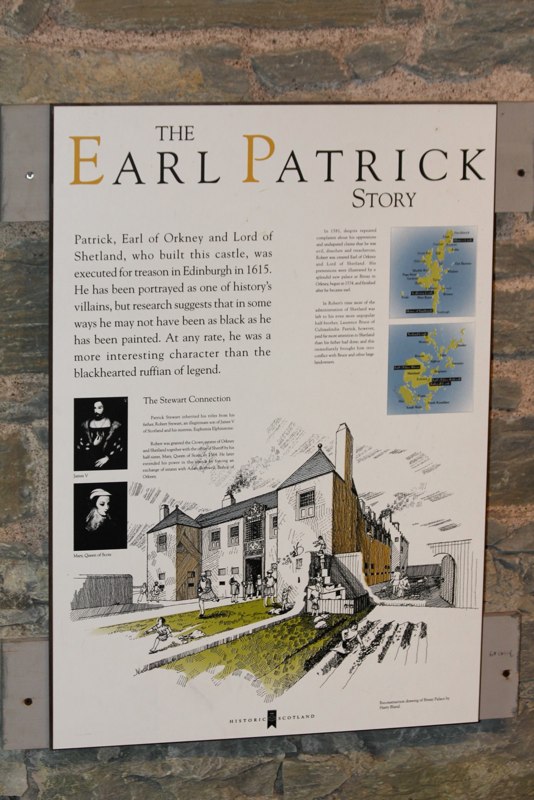 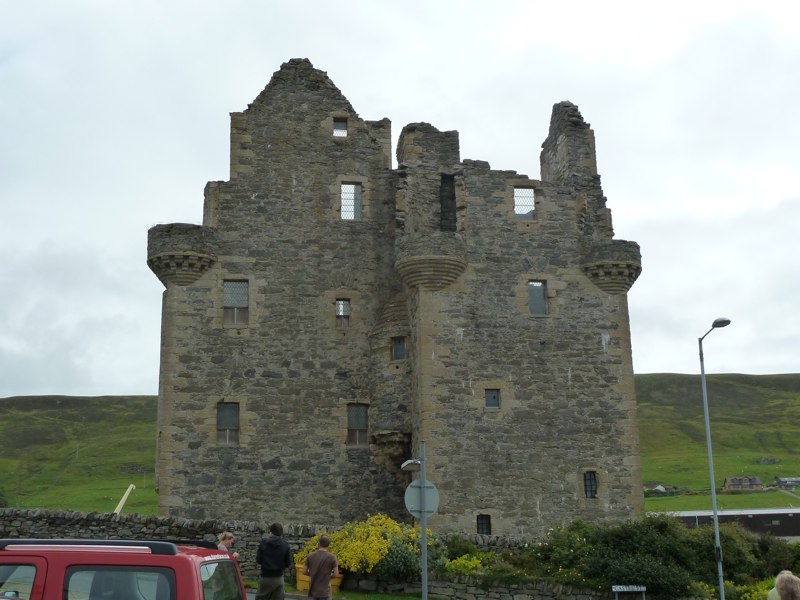 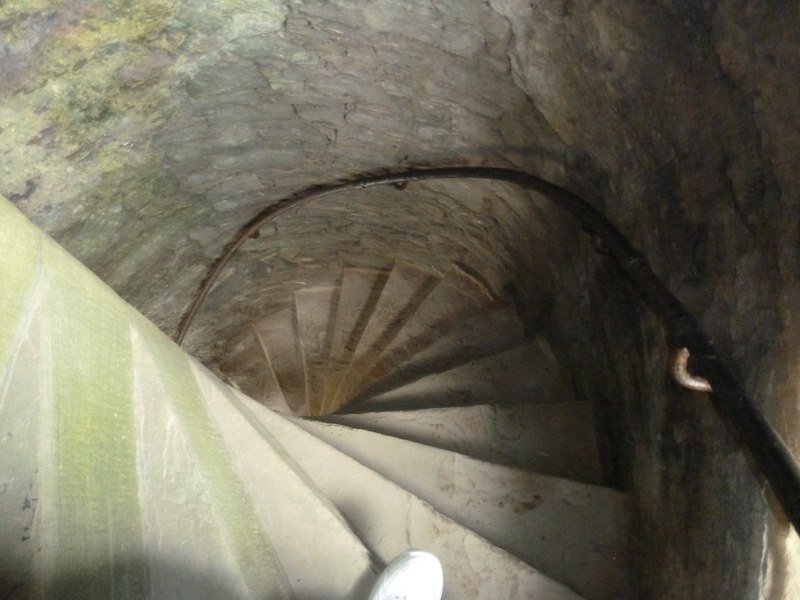 Stairway in the castle 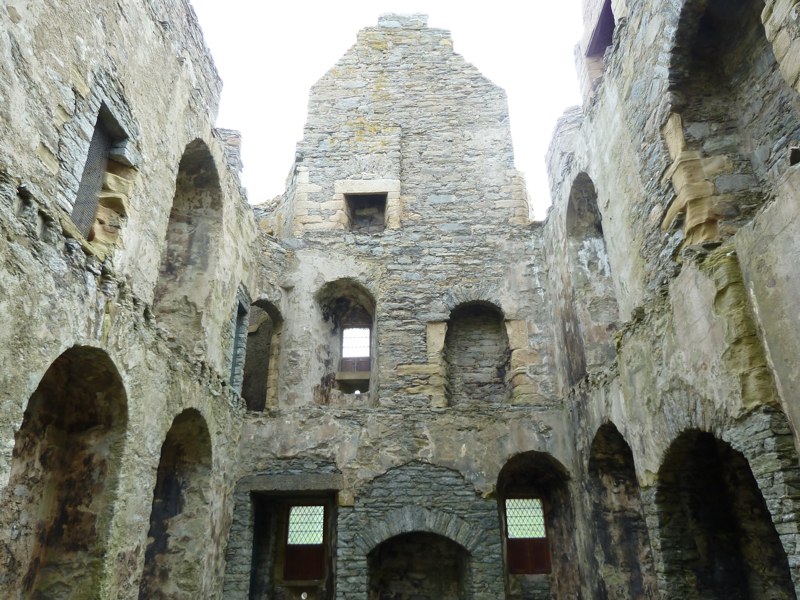 Standing inside what used to be the great hall 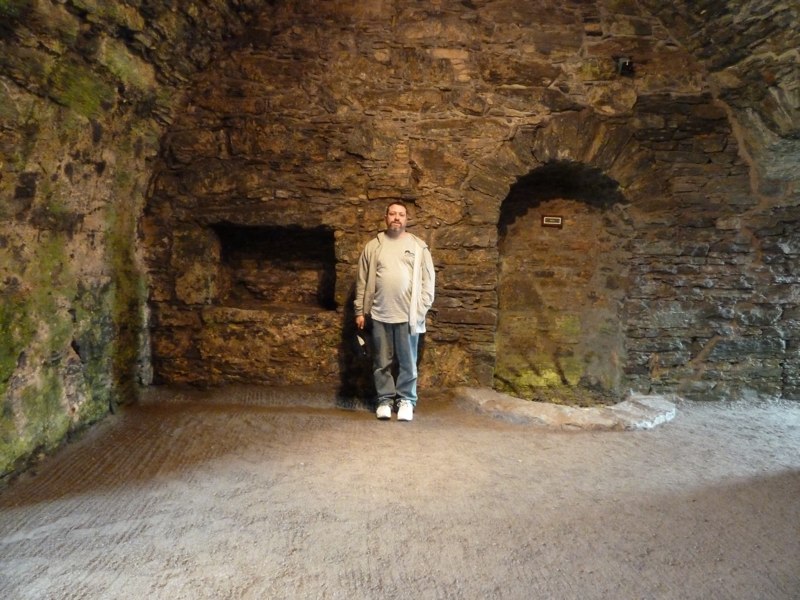 Adam in the kitchen area

After the visit to the castle we had about 45 mins. to wander around in Scalloway.  There was a museum, and some shops. The main source of income for the island is fishing, so the museum was centered around the village’s fishing history. The shops were a meat market and a small grocery store.

We then hopped back on the bus for the short trip back to the harbor.  The hillsides and valleys along the way were very pretty. It’s a clean and pleasant place to visit.  We were dropped off at the pier and we went back on board for a quick lunch.  We had been told that the fish and chips in town is excellent, but we decided to stick with the food on board that we’re familiar with (and it’s already paid for!). 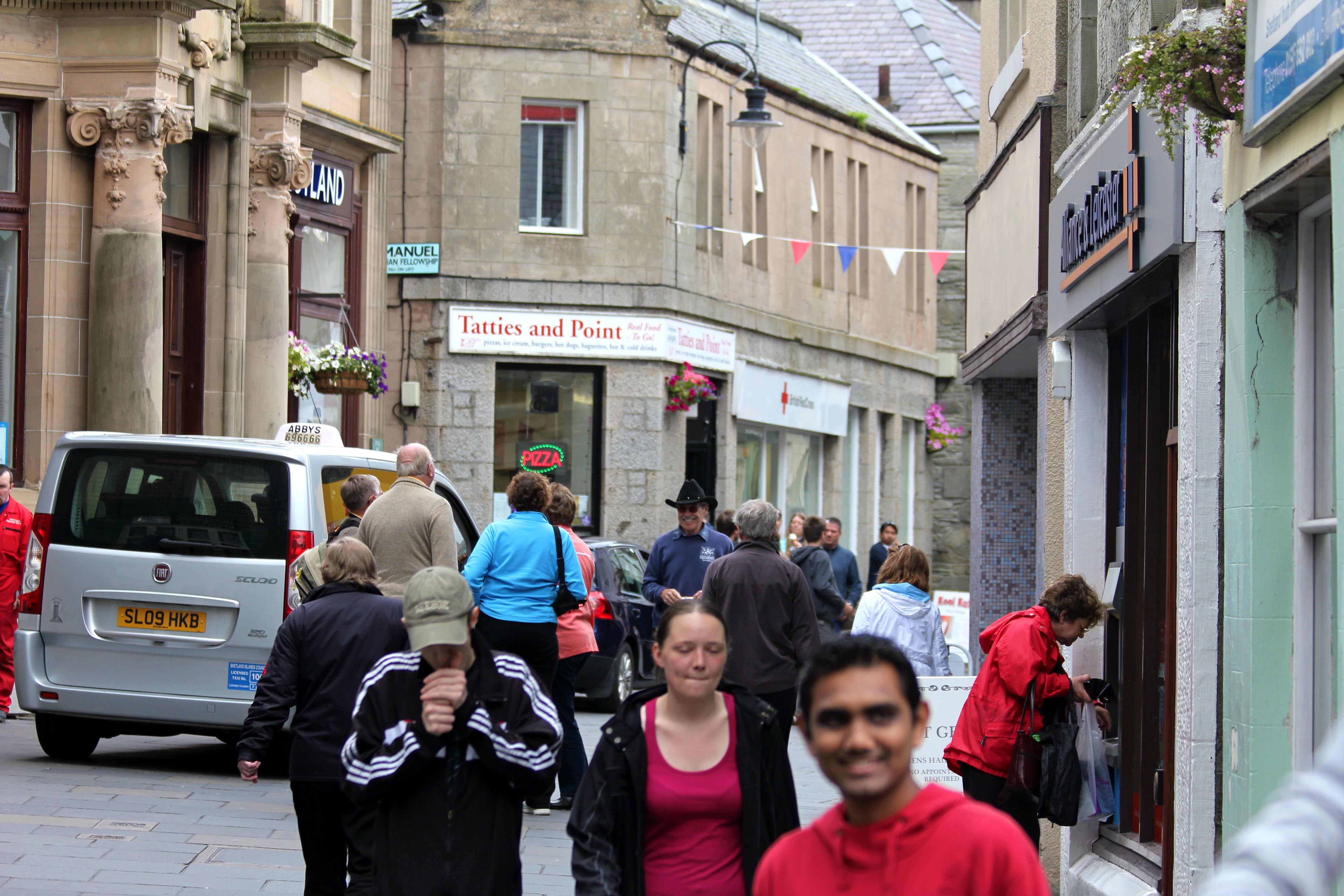 After lunch we took a courtesy shuttle to the ‘downtown’ area for some shopping. There were many shops where woolen clothing and crafts could be purchased.  The exchange rate of money isn’t very favorable to the United States dollar, so although the items were beautiful, they were rather pricey as well.  We really don’t get much occasion to wear thick wool clothing in California either!

We looked and looked for a place that had tee-shirts and sweatshirts, and we just had bad luck.  We finally found a little gift shop that had some nice tee-shirts, but I would have loved to have found a little light jacket with a Shetland Pony on it, and the caption “Shetland Islands.”  No such luck.  We asked several of our fellow passengers if they had found any shops with that kind of merchandise, and they had all had similar luck to ours.  Many passengers purchased woolen items though.

Right on time, at 5pm, we sailed away from Lerwick.  Next stop is Norway…. we enjoyed Lerwick and the cool weather, and beautiful sights very much!