Today was rainy and cold, here’s some of the photos as we pulled into port… 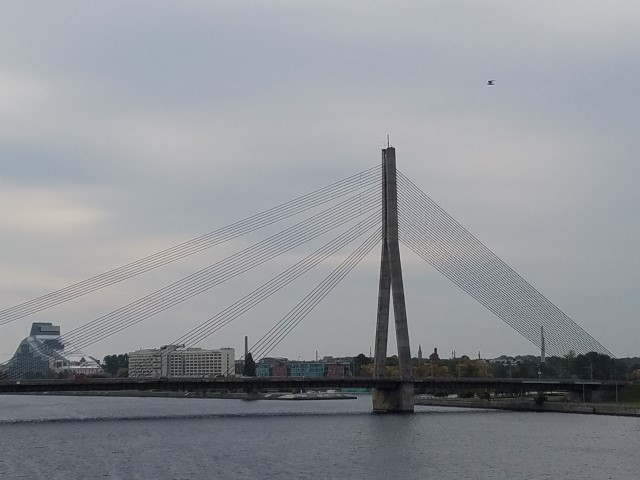 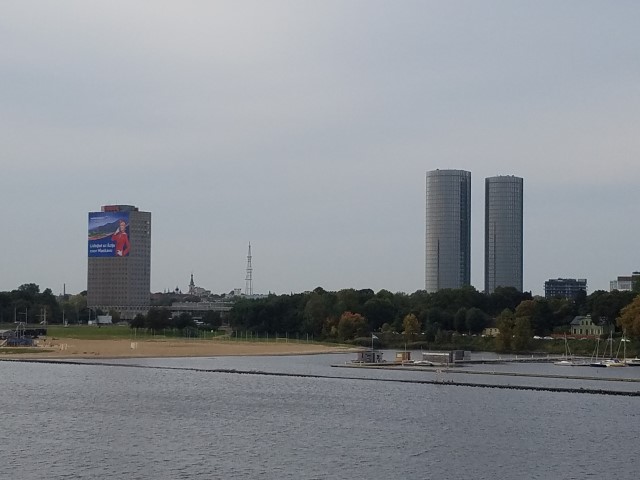 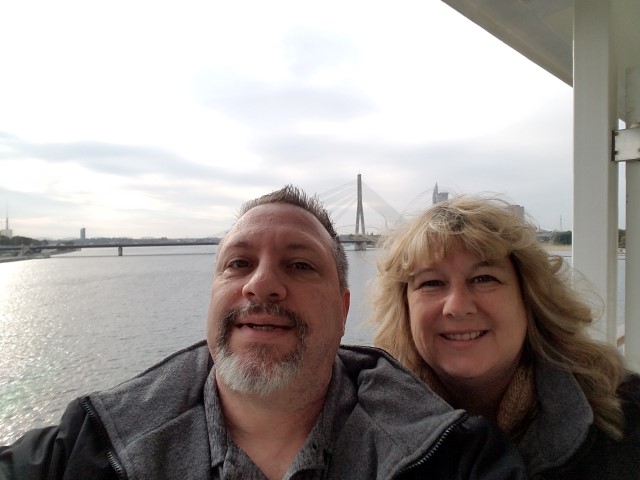 Today we set off on a tour outside the city.  We traveled far outside the city. After about an hour of driving, we arrived at a little village named Sigulda, where we explored the ruins of an old castle, named aptly the Sigulda Castle. Our guide explained to us that the original tribes in the area were taken over by the Catholic Crusaders, and the castle we were viewing was one that the crusaders had built. 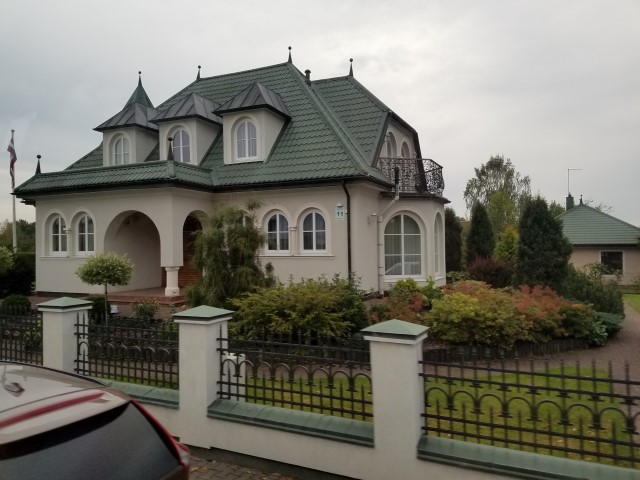 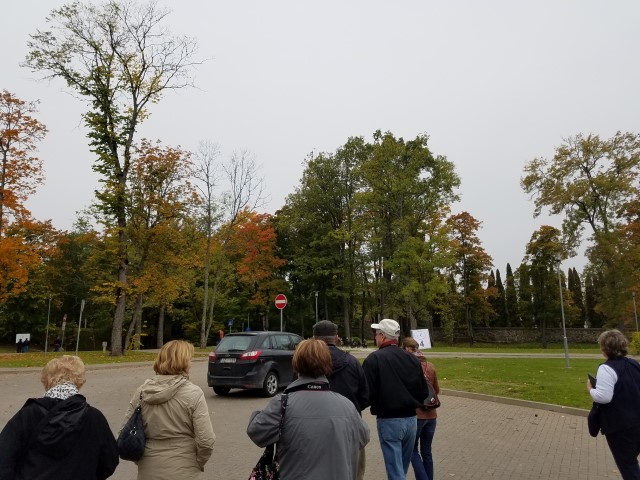 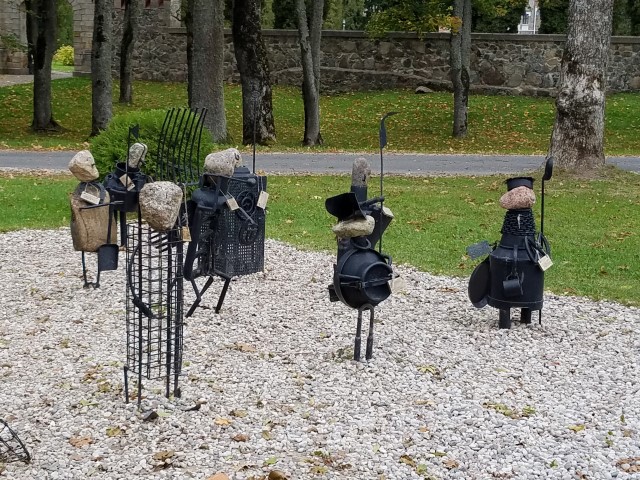 Little warrior sculpture people – outside the entrance to the castle 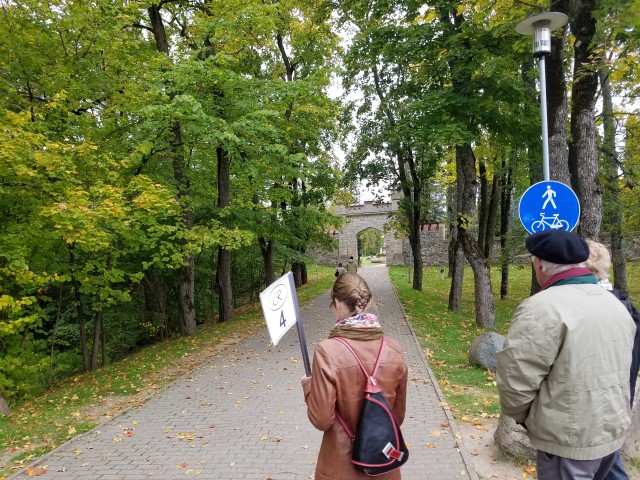 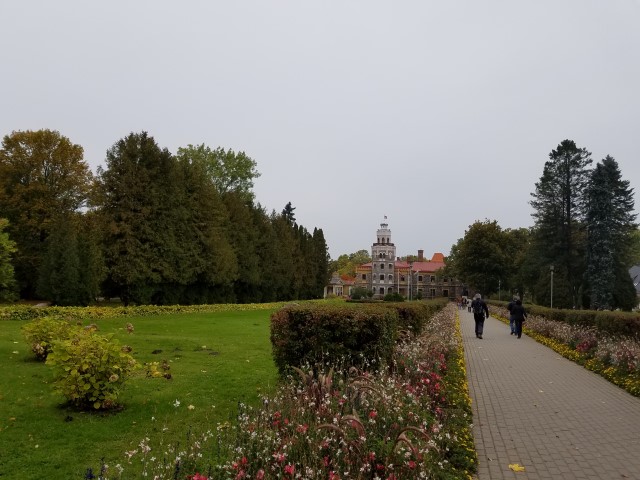 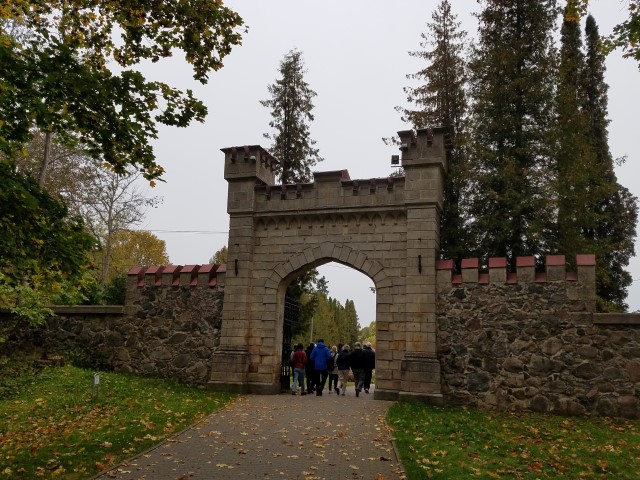 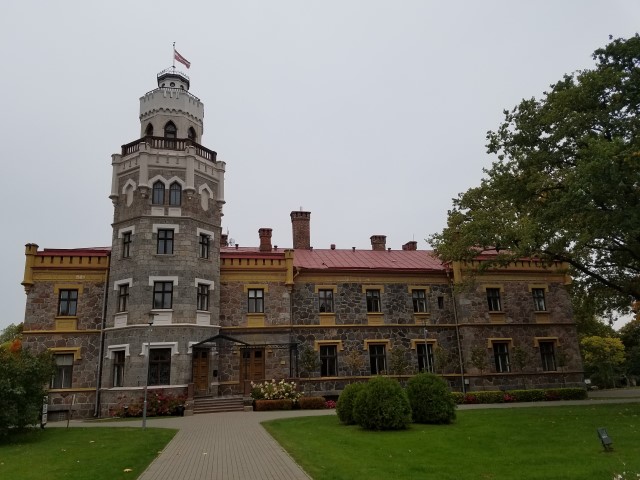 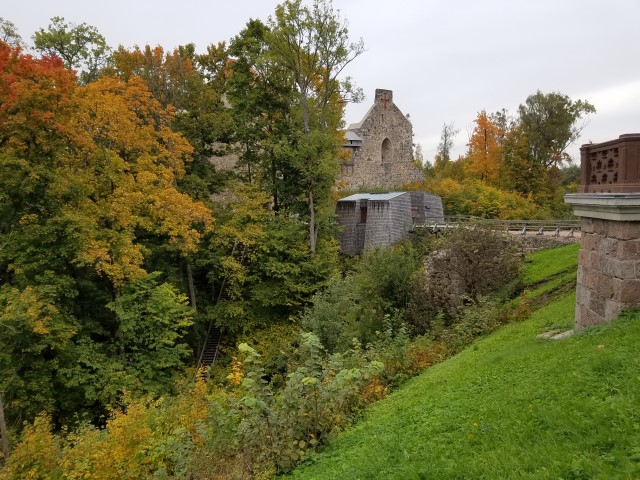 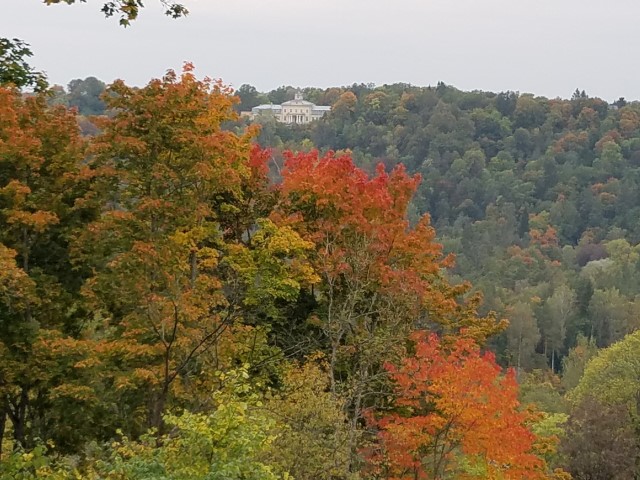 The leaves were starting to change colors – very pretty area 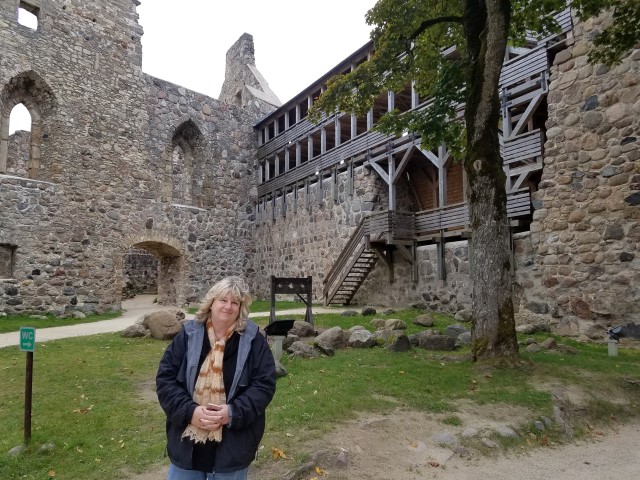 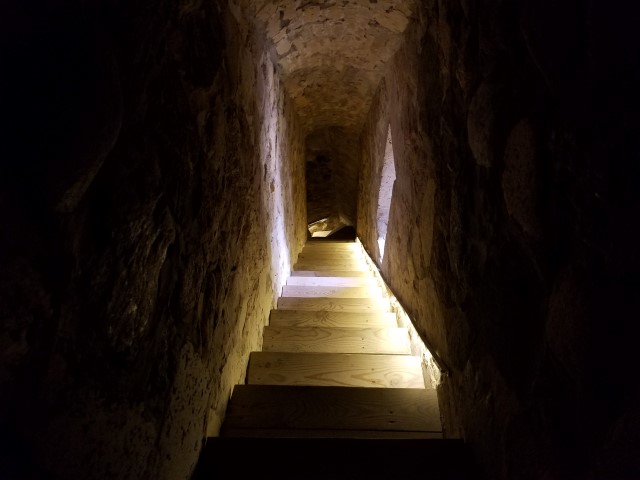 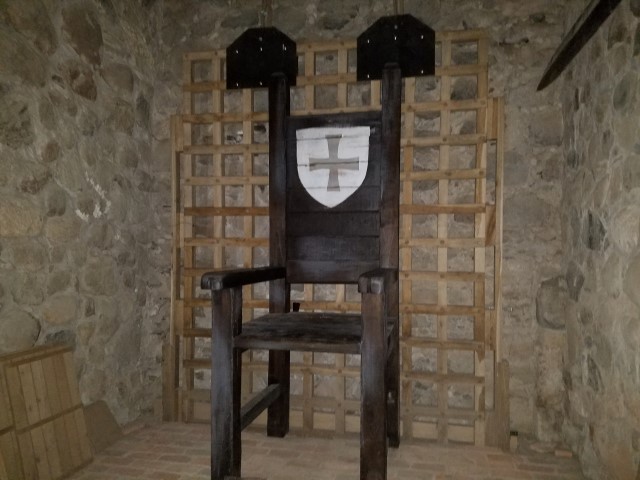 Hard to see him, but Adam’s waiving from the window 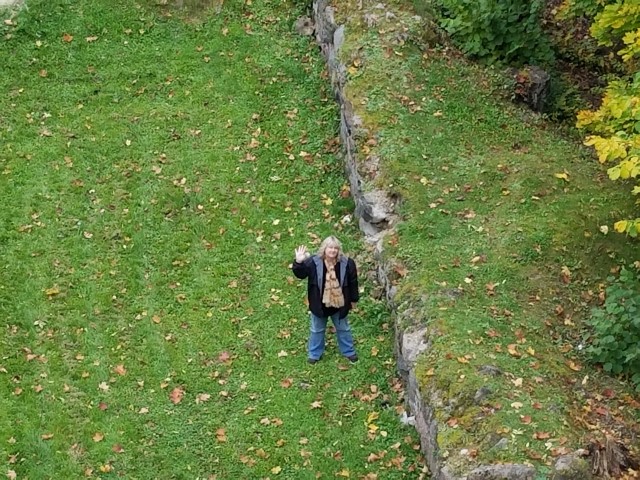 After visiting that castle, we traveled to a second castle in anther village named Turaida that was on the opposite side of the river, and was inhabited by a bishop and his monks, and was also aptly named the Turaida Castle. 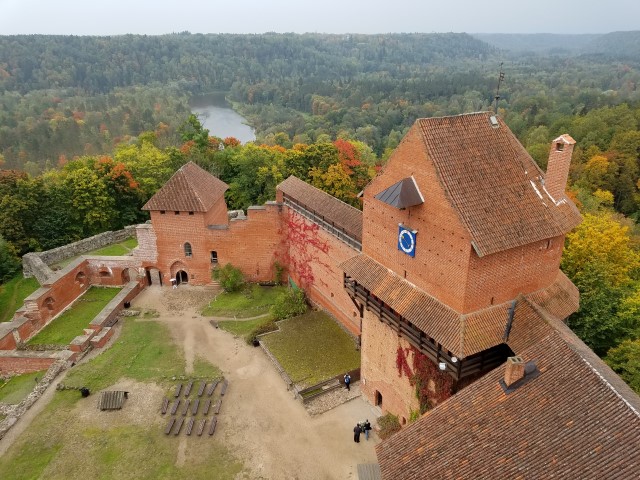 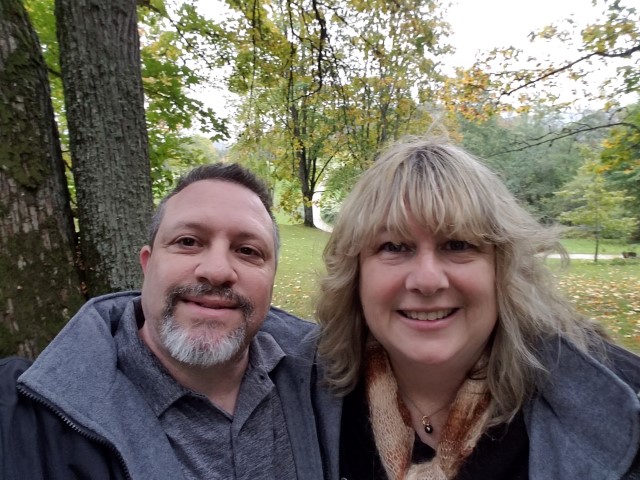 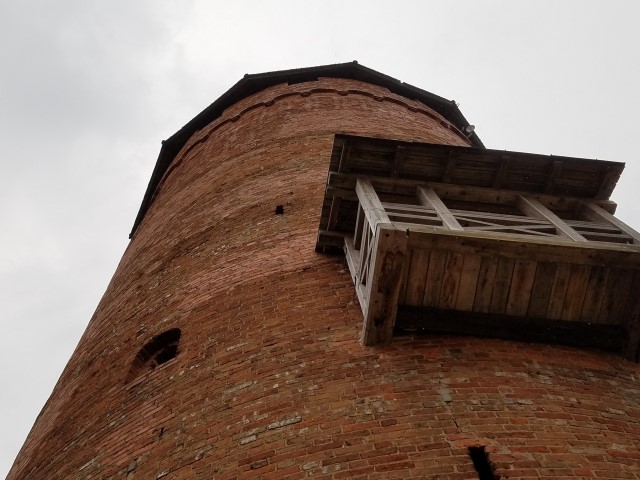 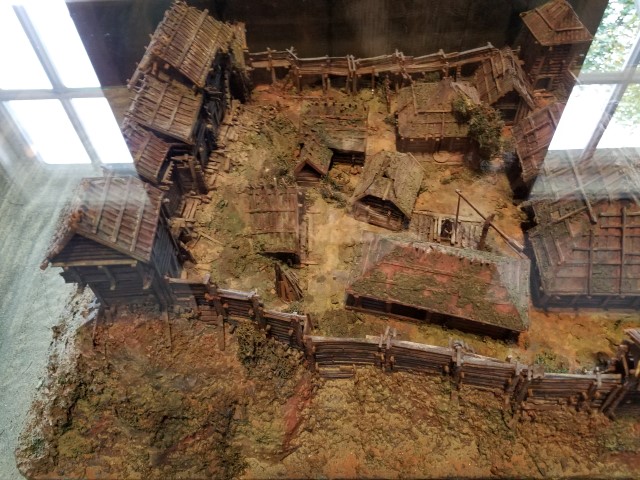 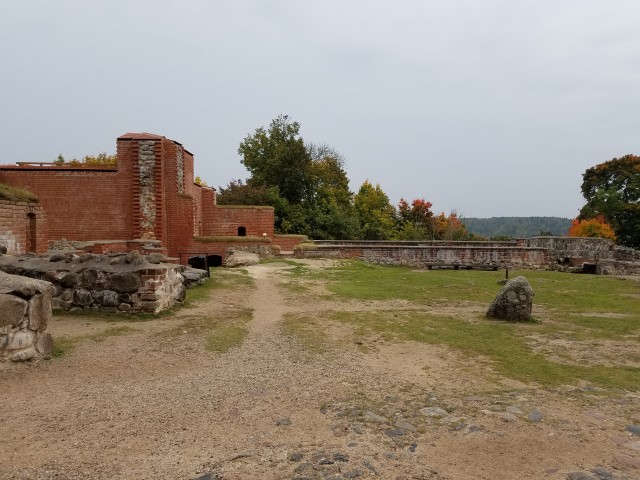 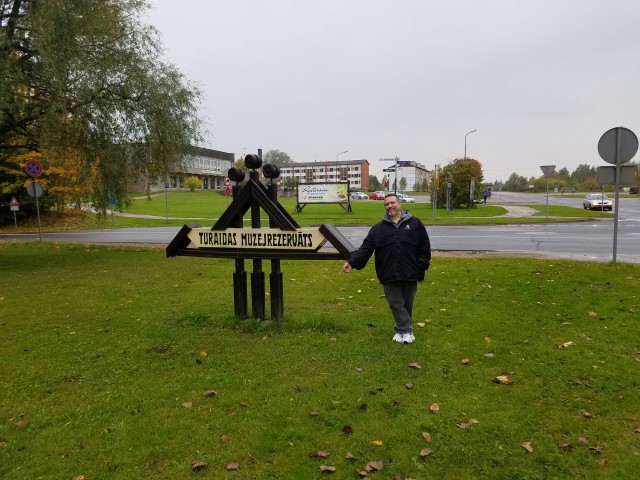 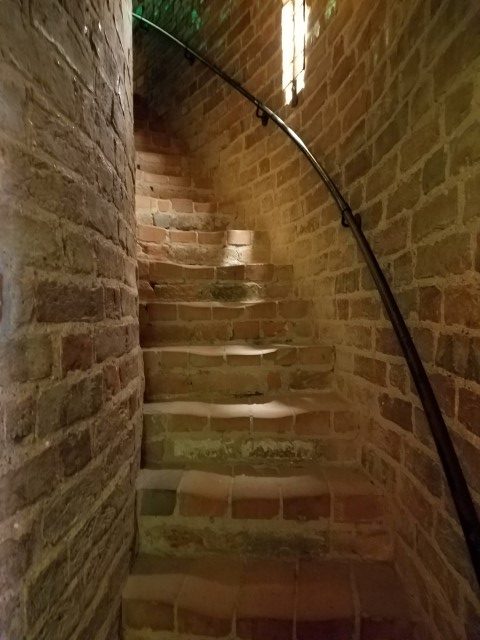 Between the two castles, we stopped at a small grotto named Gutmanis Cave. 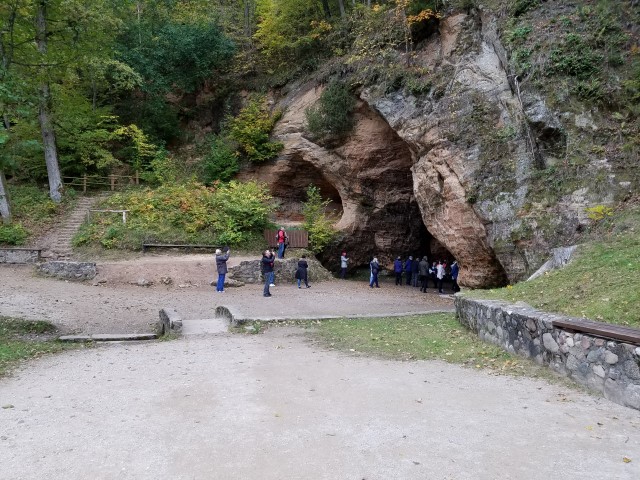 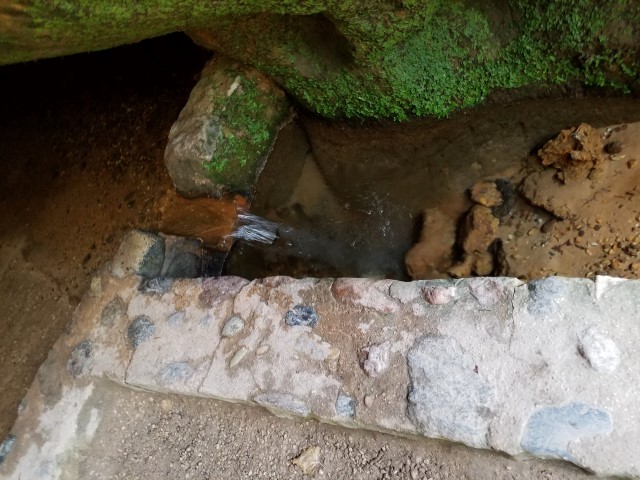 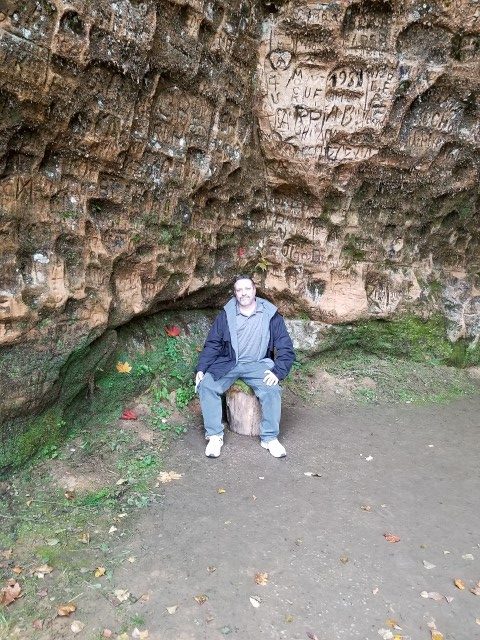 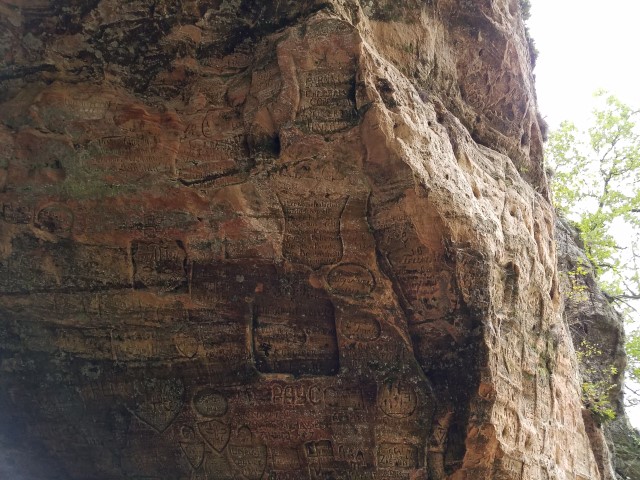 There was a local legend that a villager had been out hunting and it got too late and dark for him to return home, so he stopped for the night in a small cave/grotto he found. In the cave is a small fresh water spring, and he drank from it.  The next day when he returned home, his wife didn’t recognize him because he had grown younger.  Later that day, he could not find her, and after several hours went out to look for her – when he reached the grotto, he found a small female child there – he recognized the dress she was wearing as his wife’s dress – she had kept drinking and drinking the water until she became a child.  Funny enough, none of us wanted to try drinking the water.

On the way back, the guide invited anyone who wanted to, to be dropped off in the “Old Town” area to explore, and remembering how much we liked Old Town in Tallinn, Adam wanted to go.  Unfortunately, it was cold and rainy and most of the shops and restaurants were open but mostly abandoned. We walked around for about 20 minutes and then headed back to the ship.  We had another nice dinner visiting with fellow passengers and chatting about our adventures,  and then we were both tired so we retired early.

We decided to have breakfast in “The Compass Rose” which is the main restaurant of the ship. We had a lovely table right next to a window, and saw many other ships out in the sea, it’s quite a busy sea. 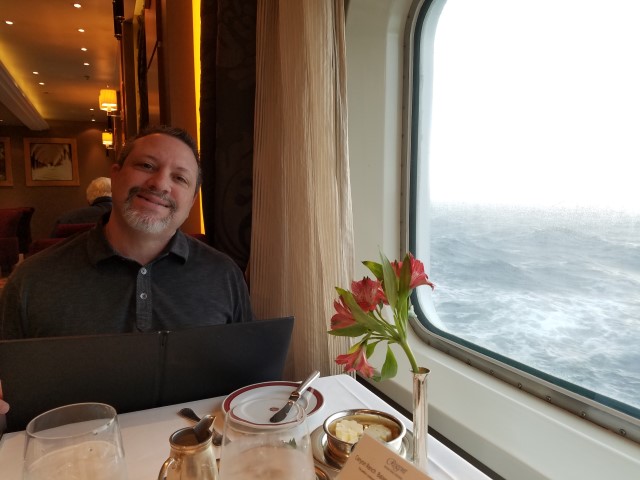 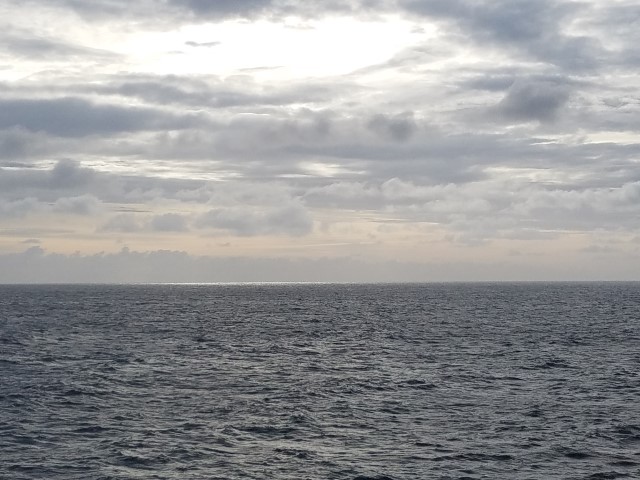 We spent a relaxing day and are looking forward to our day in Copenhagen tomorrow.