We got up and had a pretty good contintenal breakfast at the hotel. Our last good meal before having to endure the food on the ship. We took the hotel shuttle to the airport and then had to wait about 2 hours to get the bus transfer to the ship. 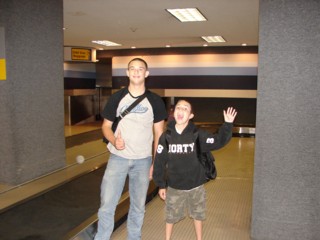 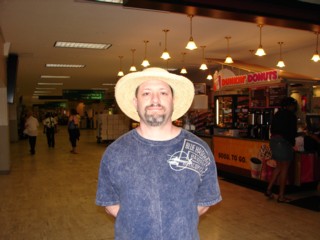 Kevin and Jack waiting for our bus. Ut-Oh looks like someone left their hat nearby and we all know Adam can’t resist trying on a hat! Yeah, ok, we were a little bored.

The bus showed up to drive us to the ship and it was pouring down rain! 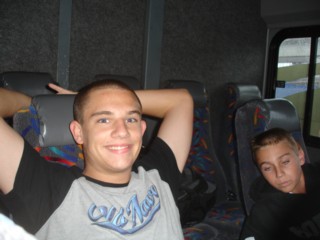 Kevin and Jack on the bus. Kevin looks excited! Jack.. not so much.

The drive through New York was bumpy and interesting as we drove right through Queens and Brookyln and all the New Yorkers traveling with us were literally going down memory lane. 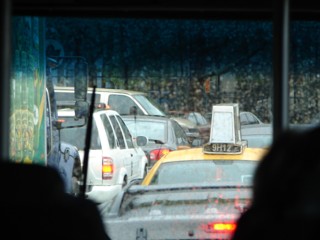 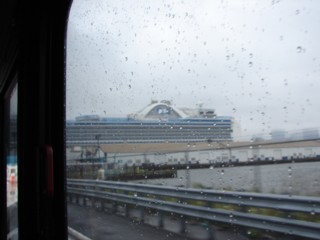 Finally we arrived at the ship and saw Geraldine there! She was stopping by to say hello and give us some water we needed for a “special passenger” on the ship (I won’t say who but her name rhymes with BONNIE). It was so great to see her! 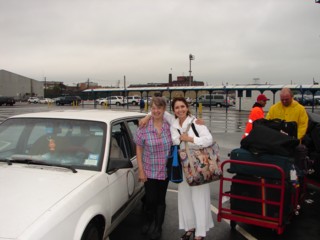 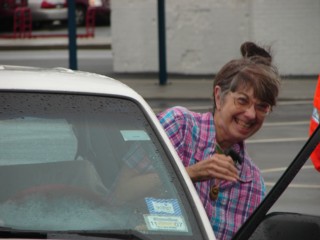 Then it was time to check in. There were a lot of people there but it went pretty smoothly! 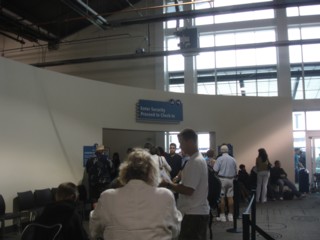 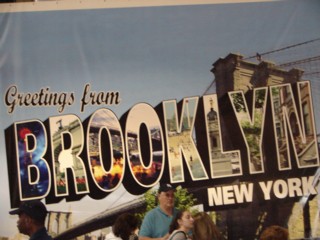 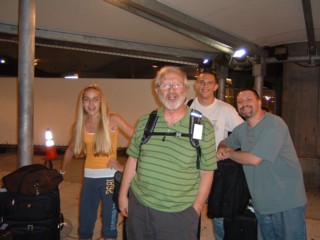 We checked in with no problems and before we knew it we were in the cabin. 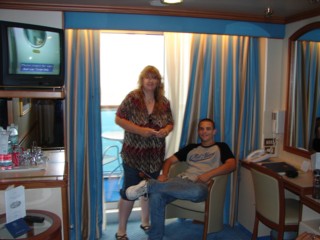 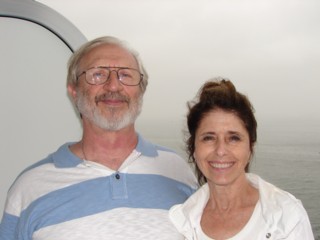 Susan and Kevin just after we entered the cabin. Here’s Art and Cheryl very happy to be on their balcony and ready to being their adventure! 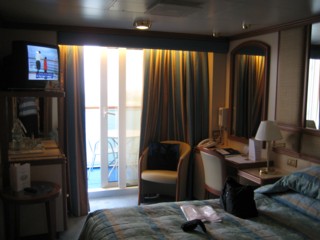 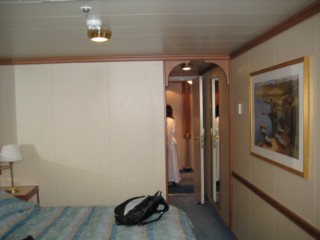 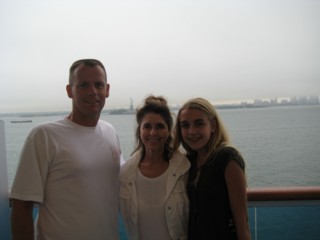 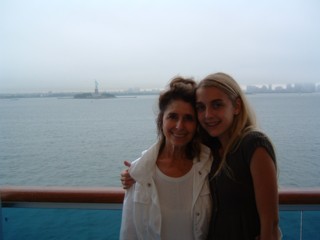 Some photos once we were onboard.

Right next to us was Murray and Laura! It was so nice to see him and meet her. We hope to have lots of fun with them on the cruise. 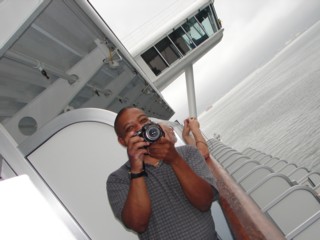 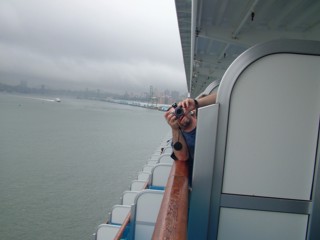 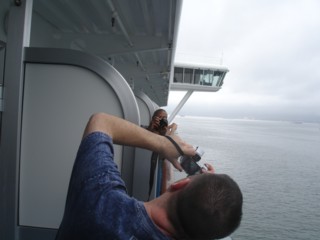 Then it was time for the muster drill. 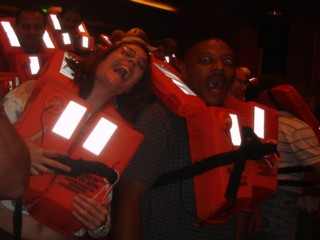 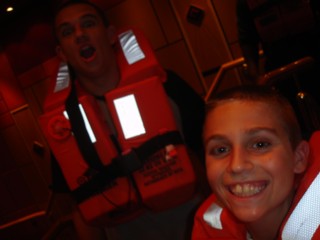 Apparently Jack doesn’t realize the ship is going down! Actually it all went just fine and before we knew it – it was time to sail away! We sailed right past Manhatten and the Statue of Liberty. 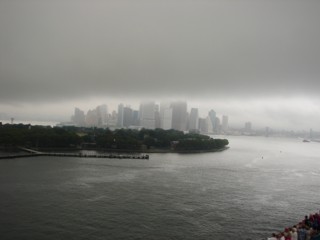 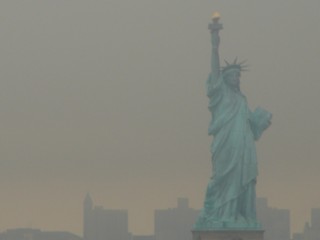 Too bad the weather wasn’t better.

Next we went right undernearth the Varizanno bridge which we appeared to barely clear and the sail away party continued! 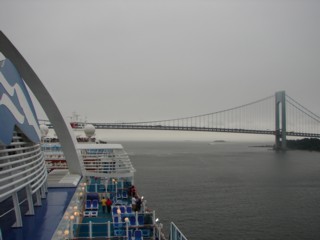 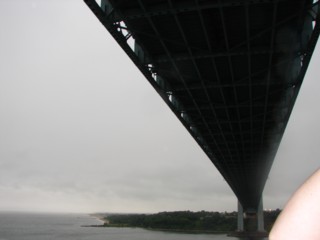 Whew! That was a close one. 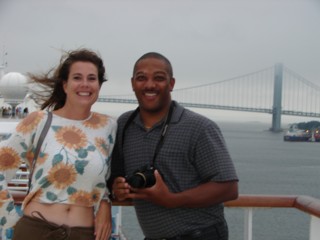 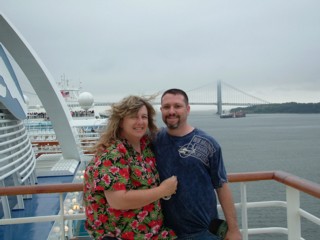 Murray and Laura having a good time as we sailed away. Adam & Susan were as well.

Then it was time to eat! So we went to the dining room and had a nice dinner there. After the dinner we went to the “Welcome Aboard!” show where we met our cruise director and staff and saw a Comedian “The Sarge” who did a good job. 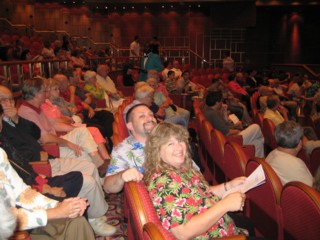 Getting ready to watch “Sarge”

After the show we went to look at the Artwork that would be coming up in the art auction tomorrow and you KNOW we are going to that! Next we went to the casino where Murray, Laura, and I played some penny slots (BIG GAMBLERS) and Adam won $40! Then it was time to head to bed and update this page. Looking forward to a relaxing day at sea tomorrow and hopefully no rain!