Here we are in Akaroa! 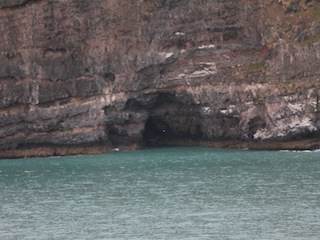 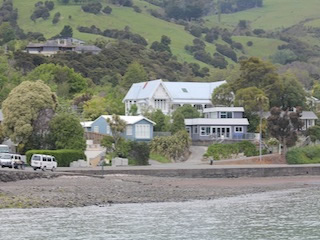 Unfortunately the weather was cloudy and cold but that wasn’t going to stop us from having a good time! This was a tender port so we grabbed a quick breakfast and hopped on the boat. 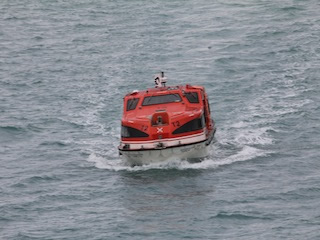 We got on an overly-cramped bus and started heading to a ranch where we are to see a sheep dog demonstration. We took some photos of the beautiful countryside along the way. 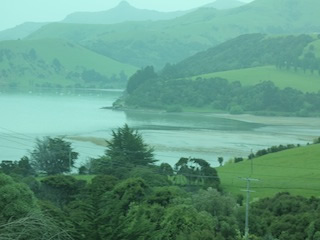 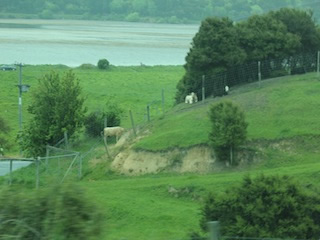 When we got to the ranch is was pouring down rain but the owner told us that rain or shine the sheep dogs do their thing so he gave us a demonstration. He blew his whistle and his dog ran up this huge hill that was so far away it was hard to get a good photo even with the zoom. The dog herded the sheep all the way down to us. It was pretty impressive! 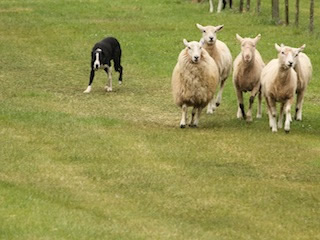 The dogs are in amazing shape. We laughed that Zoey wouldn’t have made it half way up the hill without stopping for a rest.

Next we got a sheep shearing demonstration. 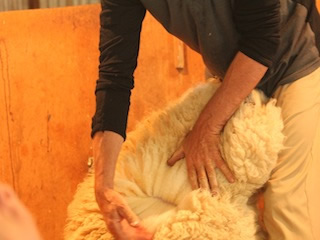 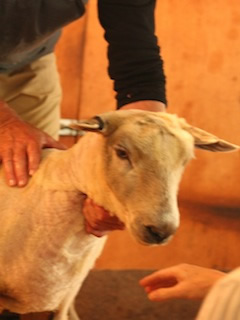 And Adam got to pet the dog 🙂 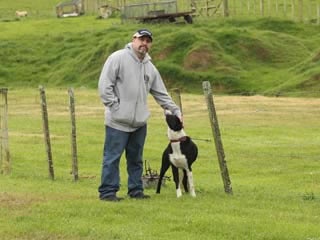 After that we got back on the bus and went to a place that sold sea shells. Actually it was billed as a gem museum or something but really it was just a place that mostly sold shells and rocks. 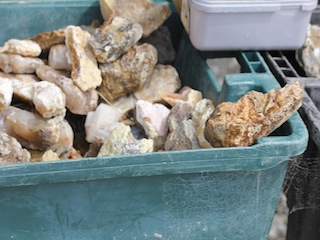 It wasn’t very exciting so we walked down a path to the beach to look around. 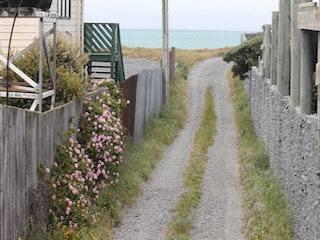 We got back on a bus for the long drive to our next destination. 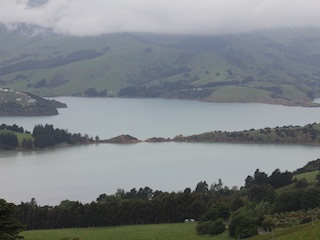 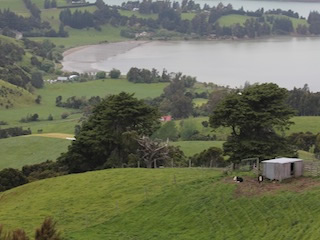 We arrived at “The giants house” 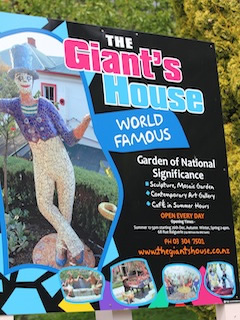 This was a weird place. The artist took old pottery, ceramics, cups, plates, bottles, whatever and created all these figures in her yard. It was really cool. 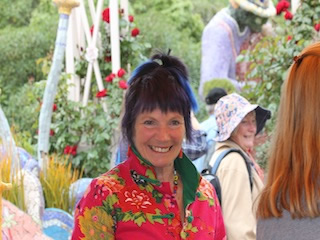 That’s the artist. Here’s some of the photos we took! 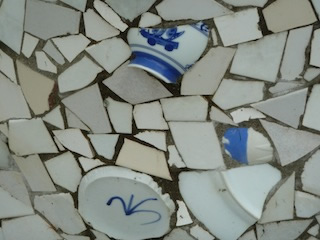 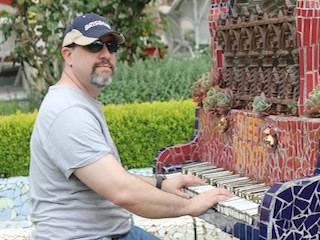 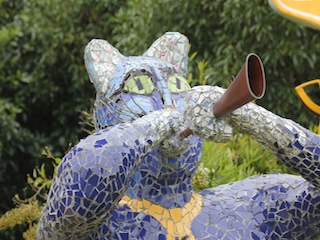 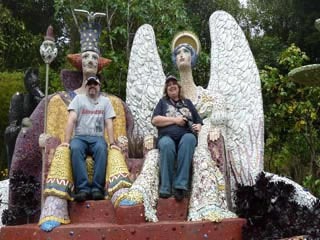 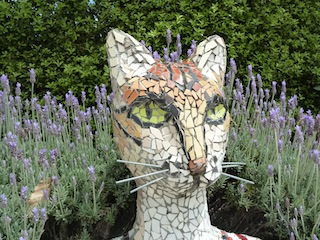 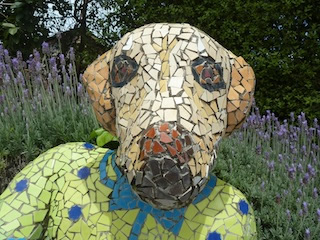 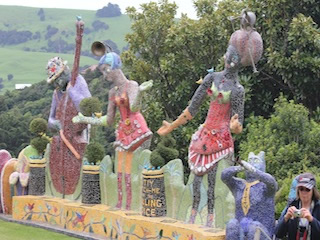 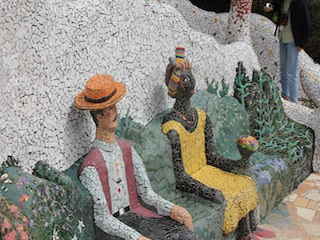 We then got to go inside the house where she had done some cool stuff as well. 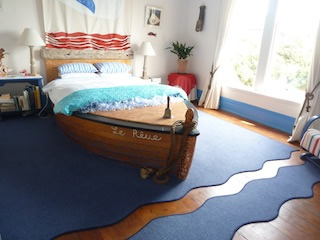 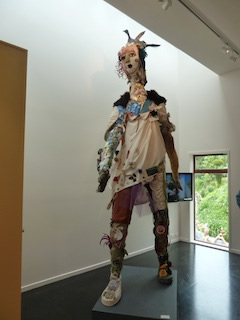 What a crazy place! Well it was about time for our tour to end so they took us back to the town and we poked around for a while and then took the tender back to the ship. 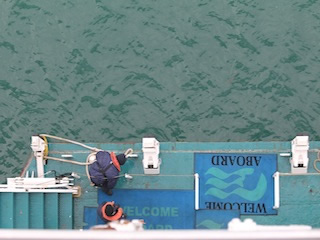 Not long after, we set sail for Wellington. 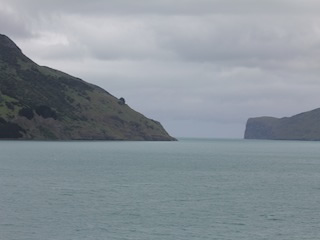 We saw a show with an Australian comedian which was funny but we only got half the jokes as they were about politics, Australian actors/singers we never heard of, and stuff like that. Still he was pretty good!

That’s it for today! Looking forward to tomorrow. 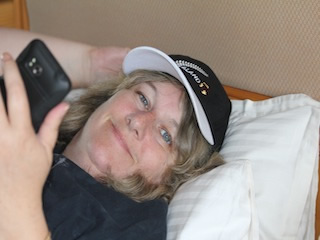