A rainy day in Newfoundland 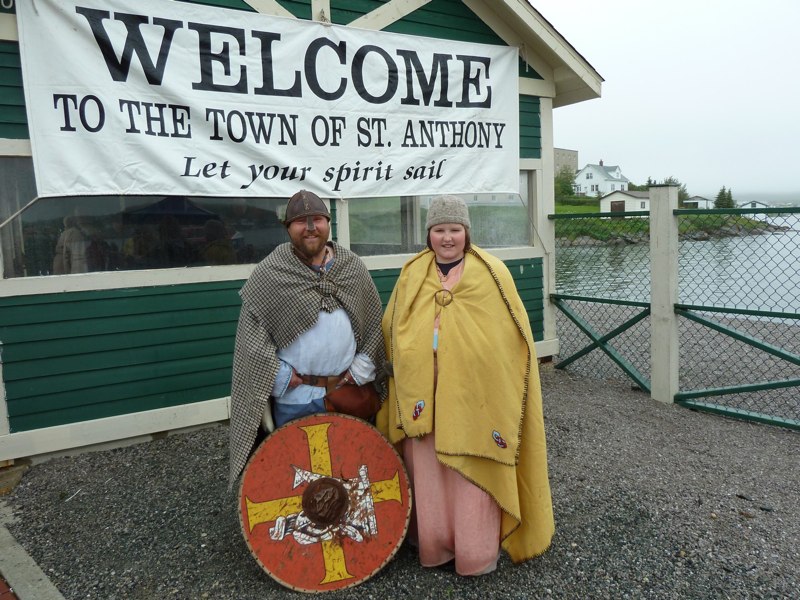 Vikings welcomed us to St. Anthony

We awoke today to a grey, rainy, windy day.  We are headed to port in St. Anthony’s Newfoundland.  From the information we’ve read about this port, it’s sparsely populated: about 3000 population.  We will also be arriving at the local Sabbath so most of the small number of shops will likely be closed.

We are scheduled for a boat tour of the northern part of the island, however we are unsure at this time if we will be going or not, due to the weather.   The tour information says ‘rain or shine’ but Adam seems to think there’s a good chance they’ll cancel it.

I guess we’ll find out soon!  They just put up the ship’s flag which means we’re close to port and it feels like we’ve slowed down or stopped.  It’s so grey and misty outside it’s hard to tell visually whether we’re moving or not though. 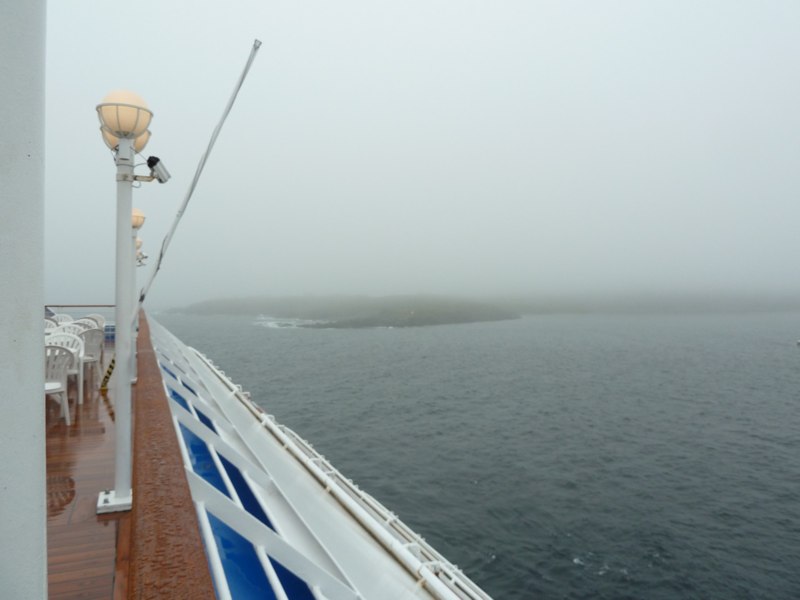 The weather is NOT nice!

We’ve learned from other passengers that we may see icebergs, or whales, or sea lions.  Also on the boat ride we may see Puffin birds. 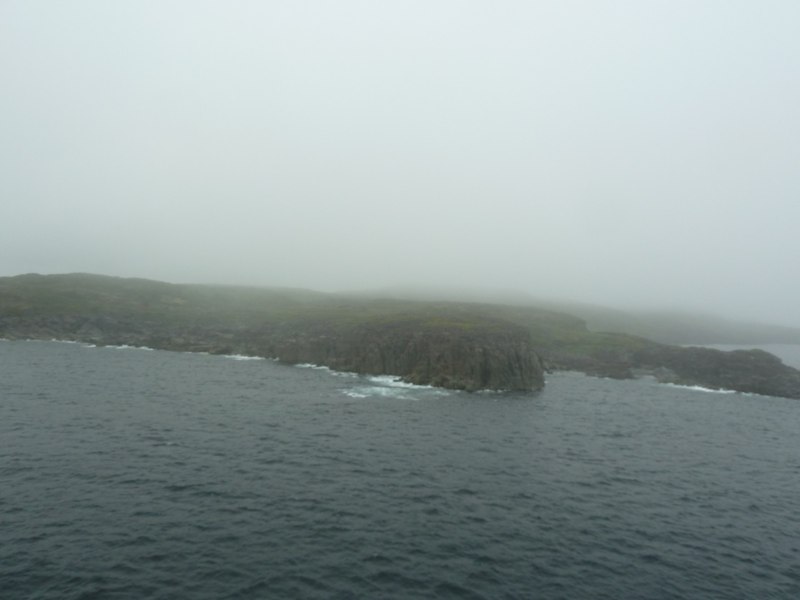 This area is thought to be the place where Lief Erikson (Viking) settled with his ‘crew’ so there is a reconstructed exhibit of huts and campsite.

In about an hour we’ll head down to the lounge to meet our tour and take a tender ride to port.  More when we return… =)

Okay, now we’re back from our outing in Newfoundland.  Unfortunately, the weather was too bad and our boat tour was cancelled, so we were left on our own to explore the little town of St. Anthony.  We were told there was a ‘mall’ about 20 mins down the road from where the tender dropped us off, so we set off to walk down there.  It was raining pretty much the whole time we were there so we got rather damp.  Upon arriving at the “Mall” we learned that there really wasn’t much to it.  There was a Grocery Store, a place called “A  Buck or Two” that was a lot like a dollar-store at home.  There were some clothing stores and a pharmacy and a travel agency and a couple of fast food places.  Not really anything all that exciting.  I purchased a couple of bottles of ‘glacier water’ that claims to be 12,000 year old water.  Supposedly they melt icebergs, filter the water and bottle it.  Interesting concept.  I purchased it mostly as a souvenir but I might end up trying it too. 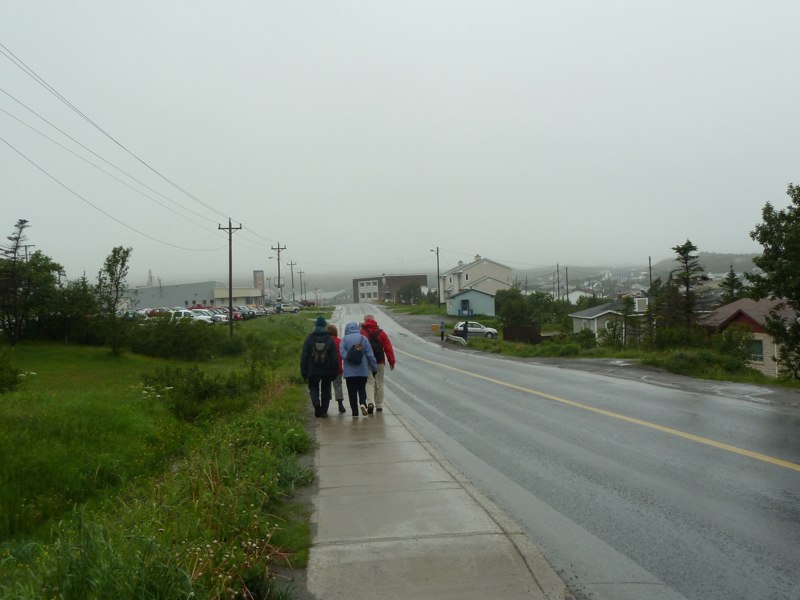 Walking to “The Mall.”

Adam really liked the rainy, cool weather, but it reminded me a bit too much of Oregon.  It was surprisingly warm considering how dreary and wet it was.

On the tender-ride on the way back to the ship the water got fairly rough and we hit the dock on the side of the ship with a sizable thump, but no one was hurt and I don’t think any damage was done.

Now we’ve gotten out of our wet clothing and into some warm clothes and we have the rest of the afternoon to relax until dinner time.  After that we may go to the show, or we may just skip it like we did last night and pal around the ship for a while before heading back to the room.  I’m getting some reading time in, and unwinding quite nicely.  It’s so cool to know that we still have a large portion of the cruise left ahead of us too. 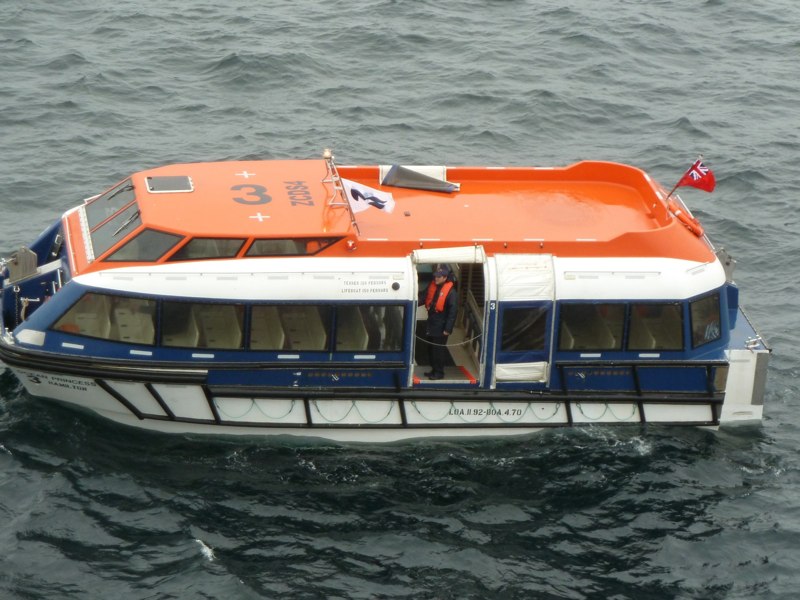 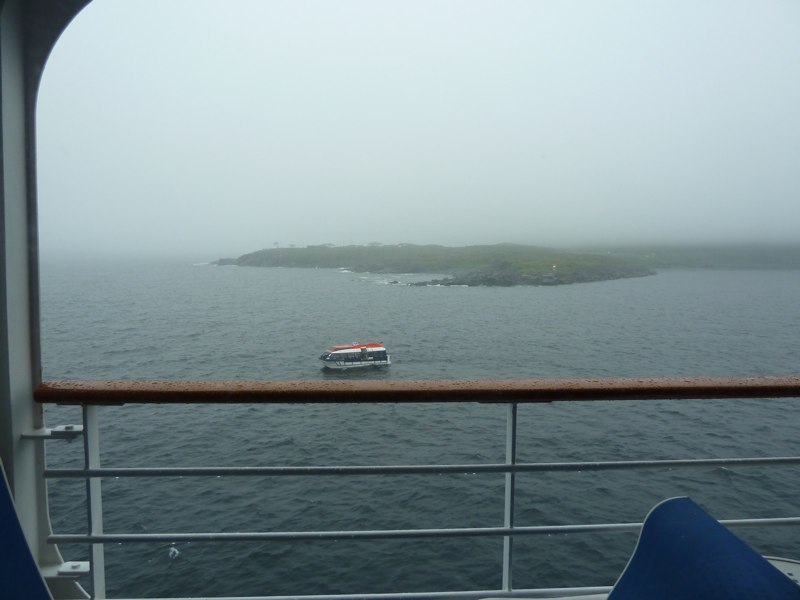 I hope we will have better weather for the remainder of the trip. The cruise before us reported seeing whales, and I hope we will experience that too.  We’ve heard conflicting stories about the Greenland ports on the last cruise. One couple told us that they were unable to stop at any of the ports due to icebergs, and another couple told us today that they didn’t miss a single port and that the weather was wonderful at all of their ports….hmmmm