We got up early today to do power snorkeling and then perhaps get some last chance
shopping done in Bermuda today. However, when we woke up, we noticed that it was pouring
down rain and it looked very windy. 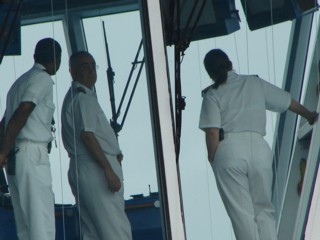 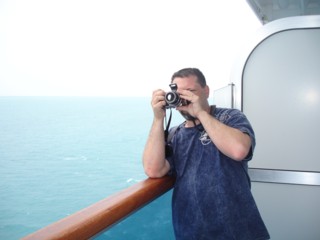 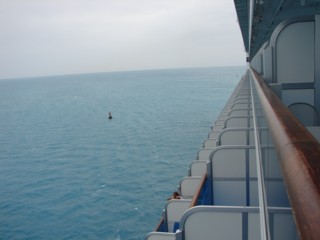 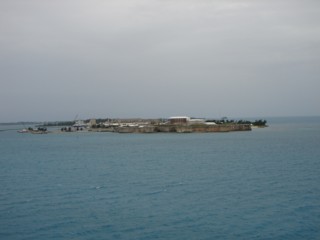 Hoping for the best we got breakfast and then disembarked the ship. As soon as we got off the ship we were hit by a huge gust of wind and rain and we knew our snorkeling excursion was in jeopardy. 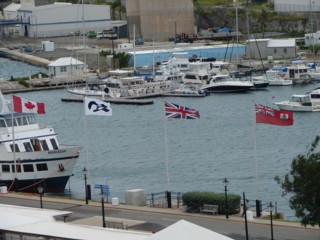 Notice the 4 flags in this photo. The wind was blowing very hard. After waiting around a while we were told our power snorkeling excursion had been cancelled. 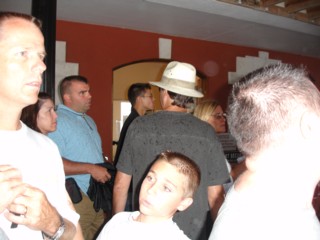 Wondering what to do next…

We decided instead of take a ferry to the other side of the island where there is more shopping. 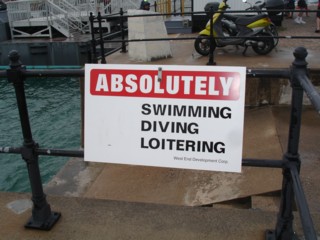 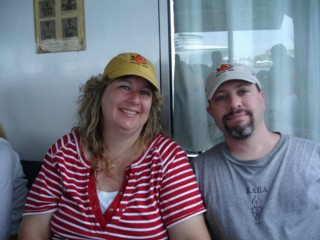 There was this funny sign near the entrance to the ferry. Susan and Adam enjoying their ferry ride. Despite the bad weather the ride was very smooth and pleasant.

We shopped around for a while and the storm finally gave way to a windy and cooler day. There wasn’t much in that area of the island to keep some of us occupied so we took the ferry back and
had lunch onboard the ship. 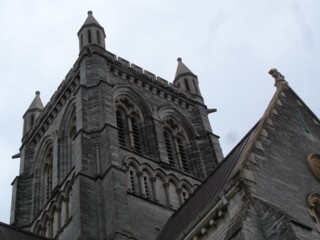 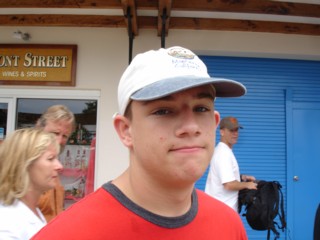 A photo of one of the streets lined with shops. No good deals are to be had on this island as everything is very expensive and the stores were pretty generic. We walked over to the church shown in the next photo “Cathedral of the most holy trinity”. The last photo shows Kevin not impressed with Bermuda.

Then we went down to the Royal Naval Dockyard which was right
where the ship was docked and there was a mall, a glass blowing place, and some other
neat places to look around.  We got some t-shirts, bought some rum cake and watched the
glass blowers make some interesting bottles. 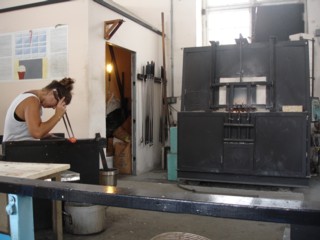 Inside the glass blower shop.

We decided to start walking back to the ship when we noticed the entrance to “Norkel Park”. Perhaps it is supposed to be Snorkel? Who knows. Susan played around in the water for a while and got some sand for our collection ‘o sand from different places we have visited. 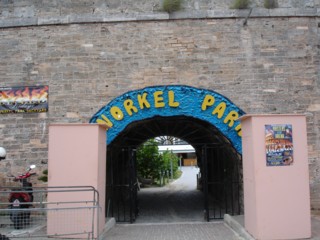 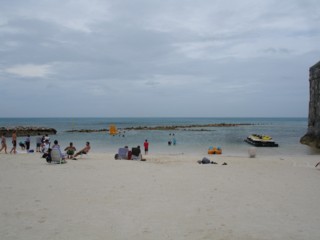 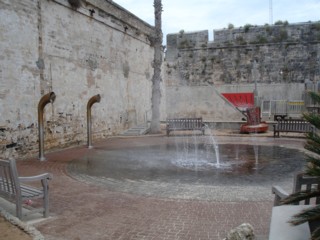 Beautiful Norkel Park! The entrance, inside, and just before the entrance. 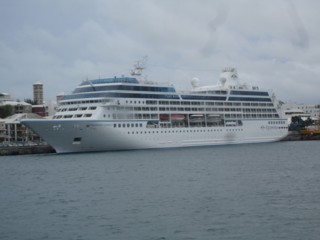 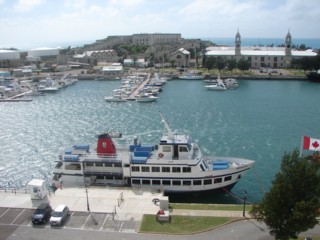 Here’s the ship from the dockyard and the dockyard from the ship. The dockyard is the building you see across the way. The smaller ship in the front is one of the ferries that to you to the other side of the island.

At 5:00 we undocked and started heading back to New York. 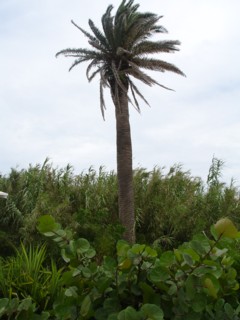 Bye-Bye Bermuda. It really is a beautiful island.

We went to dinner and after that we went to see a comedian Philadelphia Plowden in the main theatre and he was really funny. We hope to see him again tomorrow night. After that show was a “crew talent show” where we say some members of the crew sing and dance and play drums and the guitar. 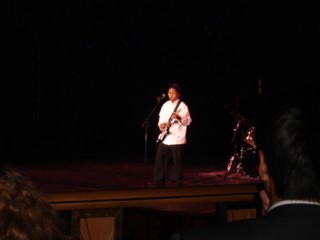 Then we went to the casino for what we hope is the final time since it is a non-smoking night again. We had fun but didn’t win anything. 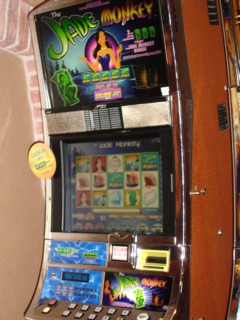 Tomorrow is a day at sea and we need to pack and get ready for debarkation in New York. We hope to get that out of the way pretty early so we can enjoy the rest of our day.