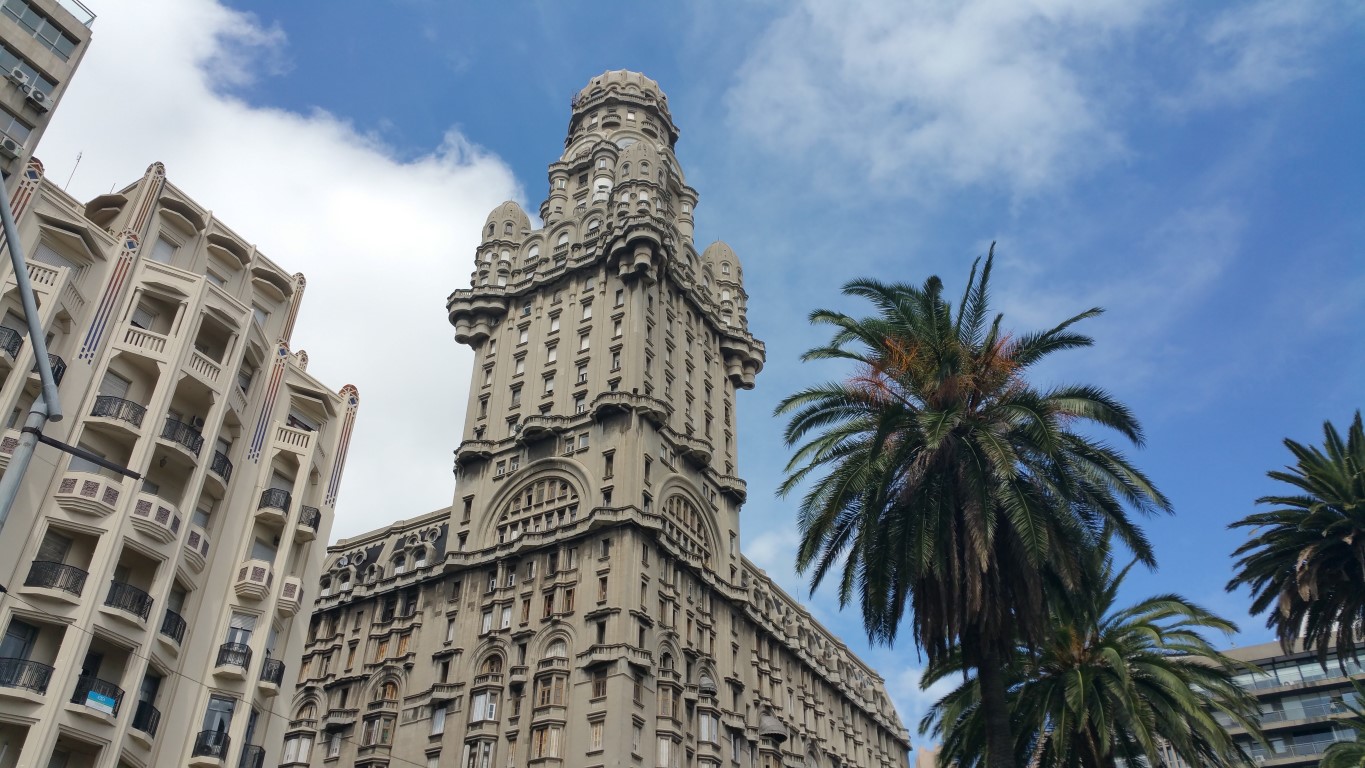 Montevideo is the capital and largest city of Uruguay. According to the 2011 census, the city proper has a population of 1,319,108 (about one-third of the country’s total population) in an area of 194.0 square kilometres (74.9 sq mi). The southernmost capital city in the Americas, Montevideo is situated in the southern coast of the country, on the northeastern bank of the Río de la Plata.

Today we are arrived in Montevideo, Uruguay. The ship docked on time but we didn’t have a tour until 1:30 (a city tour). It’s interesting to note that the ship never left the river that we were on from Buenos Aries.. it’s all part of the same river, the “Rio De la Plata” which translates to River of Silver.. since the region is known for Silver. However, because of the sediment, it’s brown.

We had breakfast and went ashore to explore with Art & Cheryl. We walked through lots of shops and sidewalk stands but may businesses hadn’t opened yet. We continued to walk to a Park that has some statues in it and some exercise equipment. It was a nice place but it was in the beginning of the work day and people were busy rushing around. 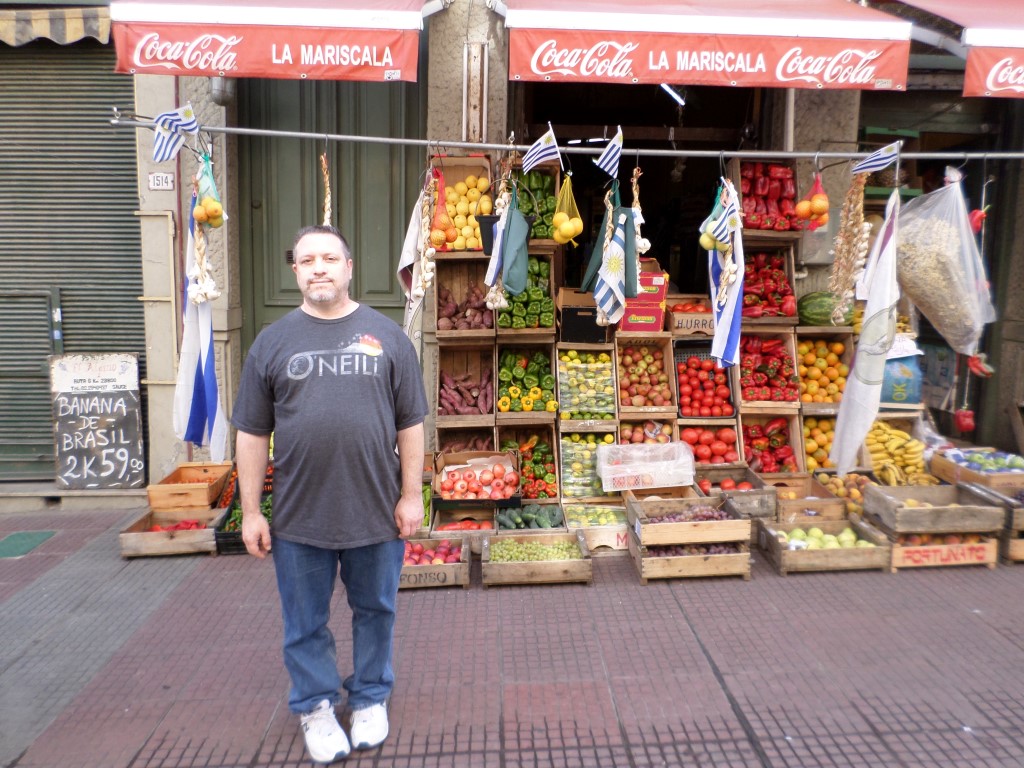 Adam in front one of the fruit stands 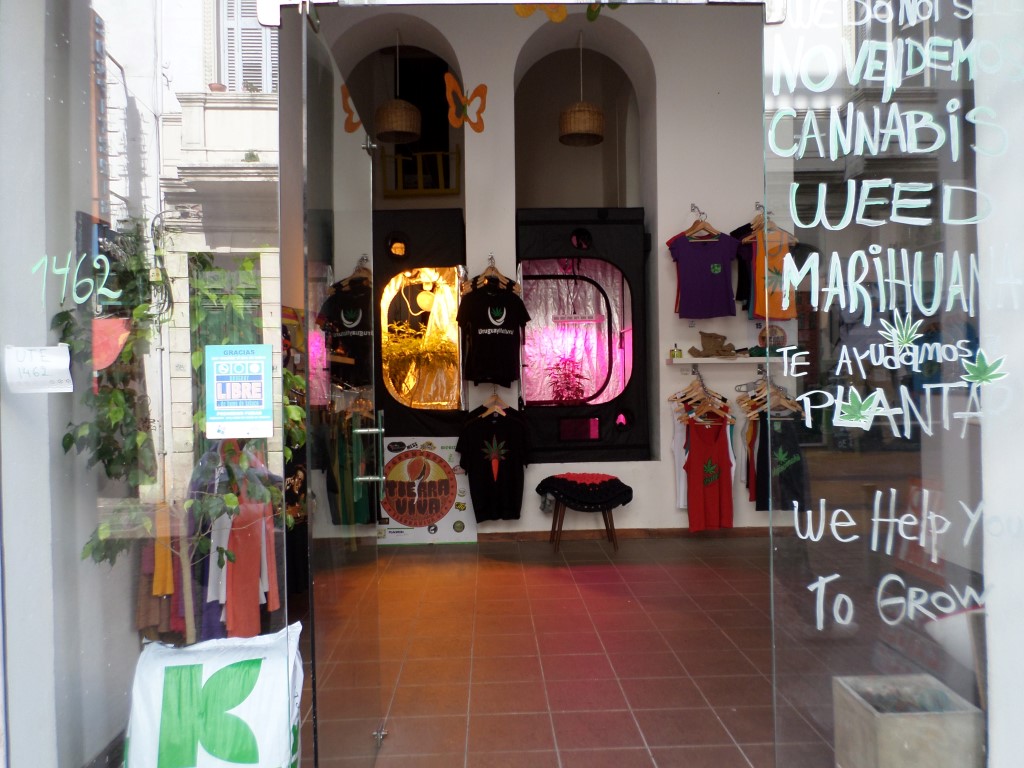 Marijuana is legal -in a controlled fashion 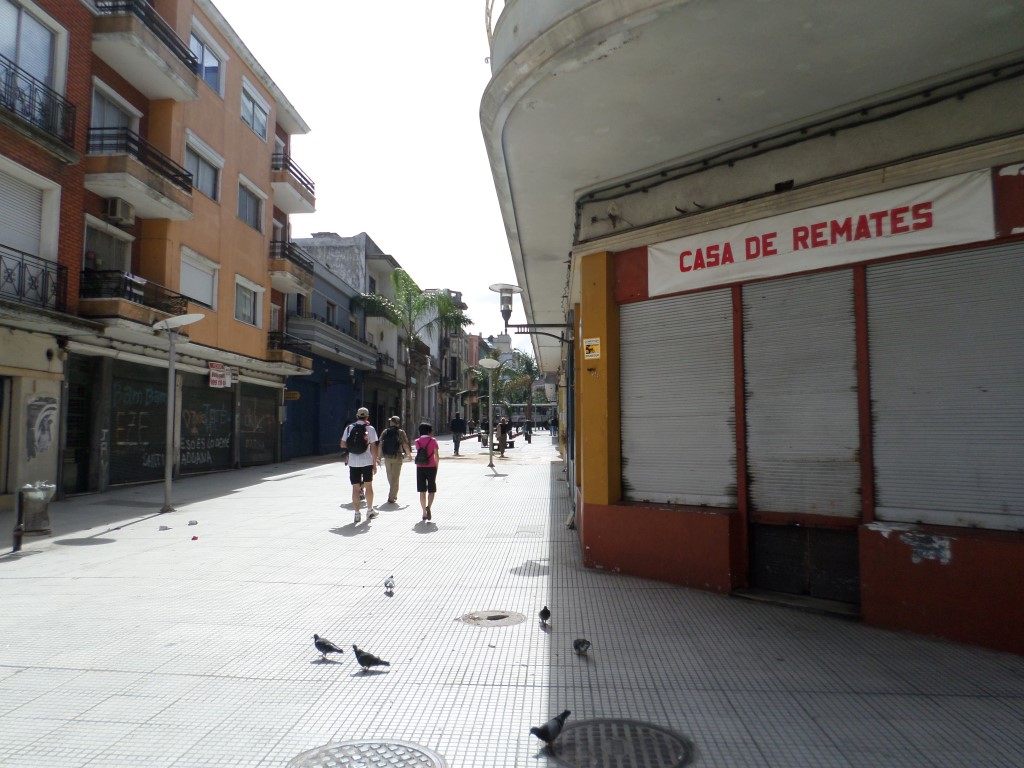 A lot of businesses were closed – but it seemed like a nice area – businesses on the first floor and apartments above…. all on pedestrian only roads. 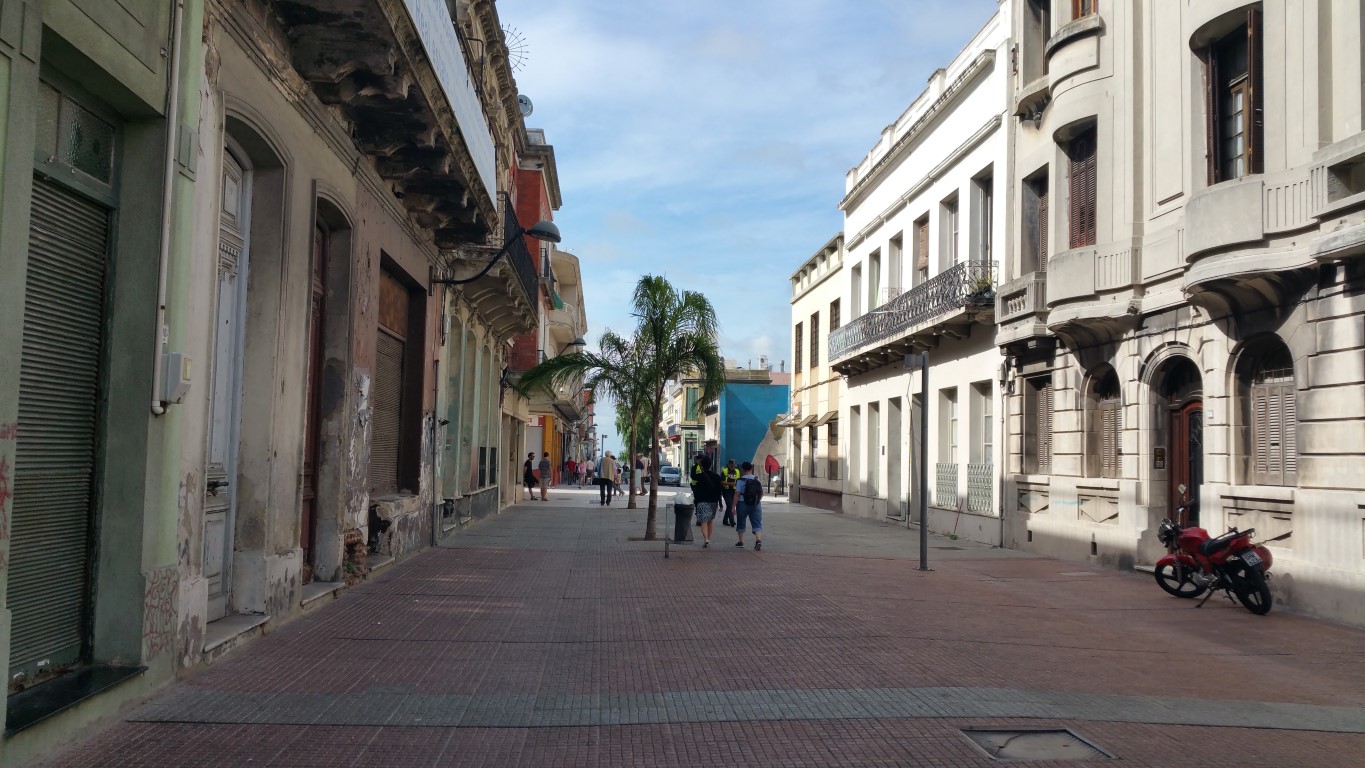 It was hard to know what buildings are permanently closed, and those that were just not open yet for the day 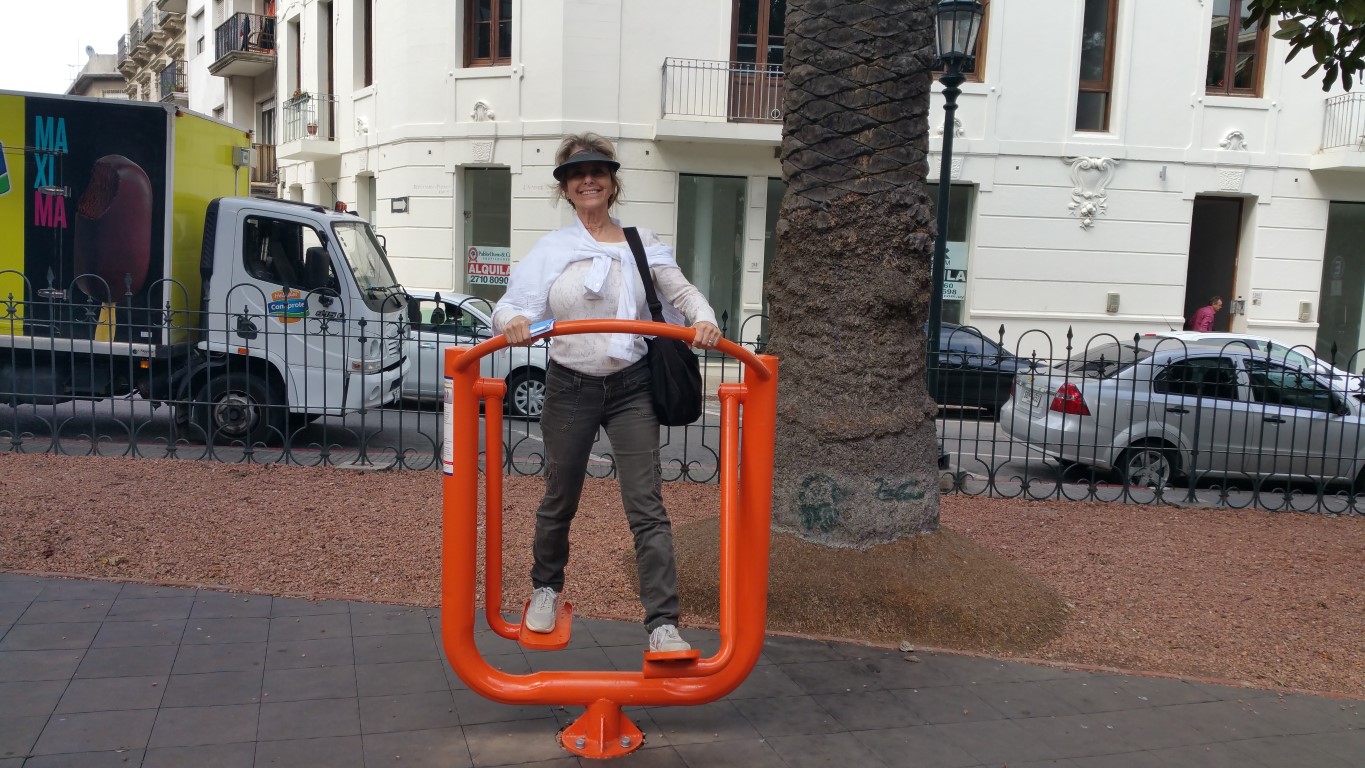 Cheryl trying out the exercise equipment 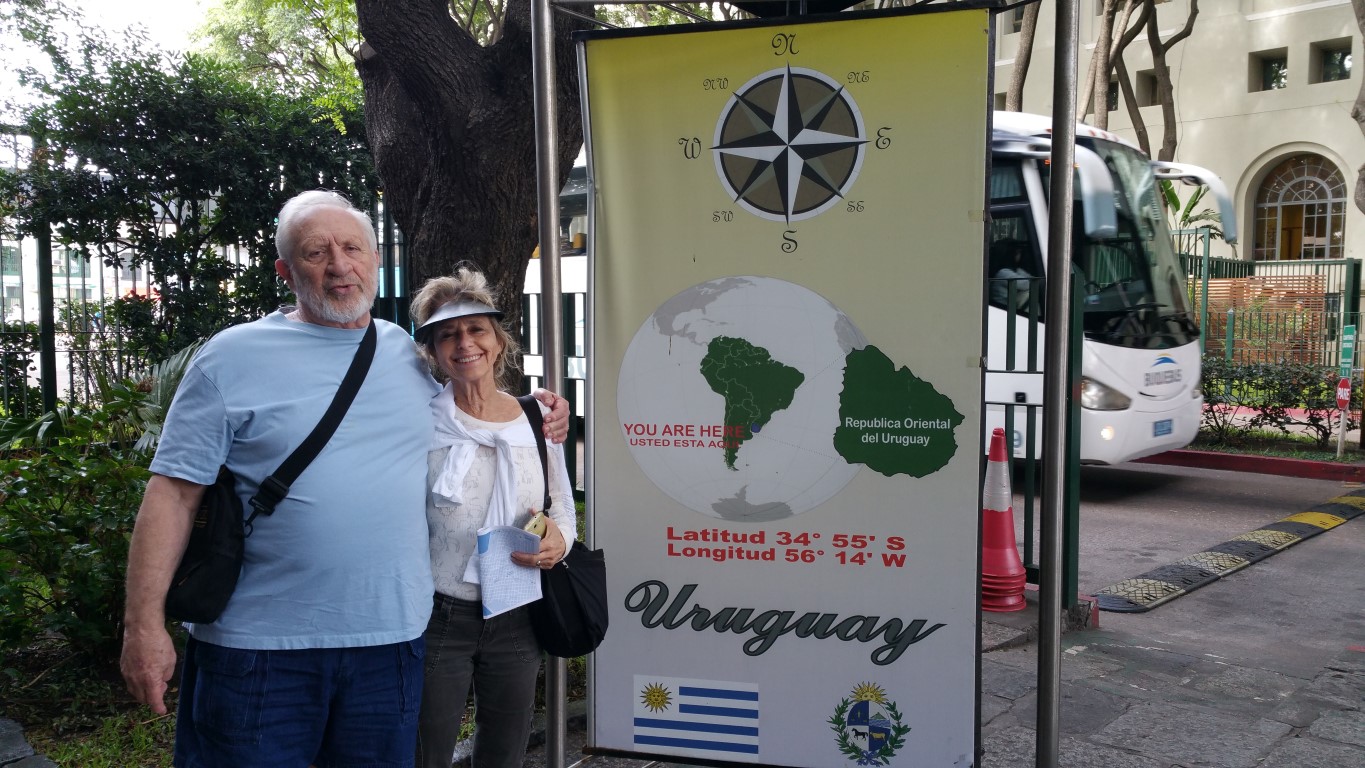 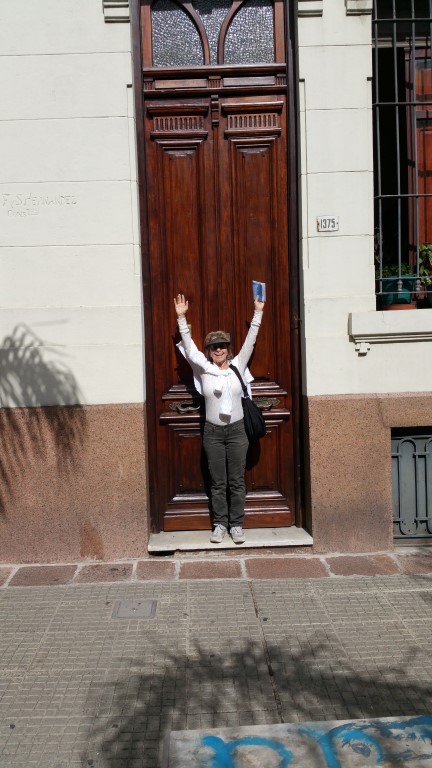 Cheryl was impressed by how tall the doors were

Adam and Cheryl at the park square

We stopped in one shop and picked up a gift and then decided to head back to the ship for Lunch before our tour. Art & Cheryl weren’t on this tour – just us. We got on our bus and were treated to nice bus ride around the city.

First we drove by the old city and saw the remnants of the original wall that comprised the “fort” that used to be the city. Then we went to a square that had the old city gate and really cool looking building. Then we were driven by the parliament building and also saw a building that looked like a sailboat (like the one in Dubai – by the same architect). 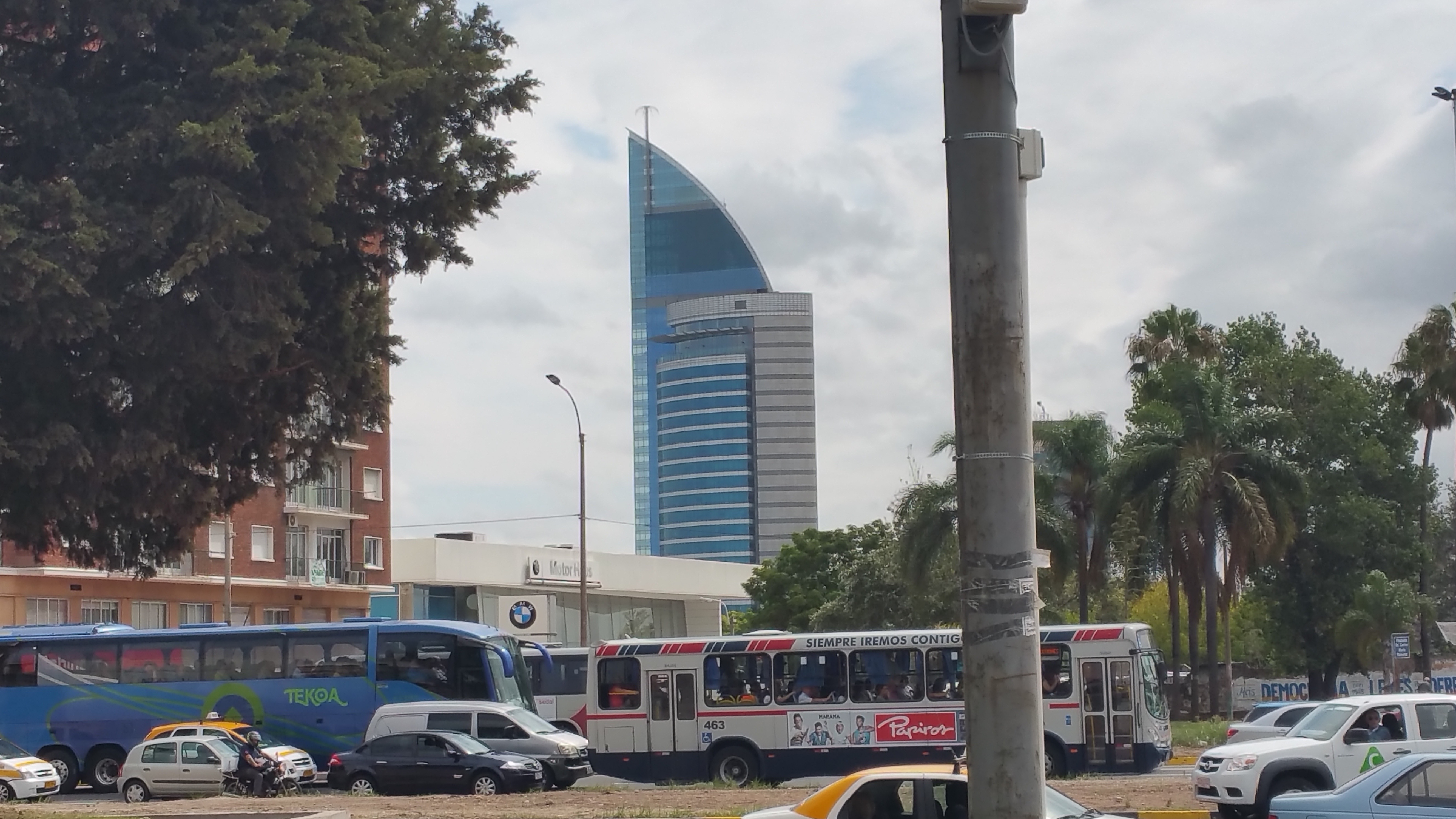 Designed by the same architect that created the one in Dubai 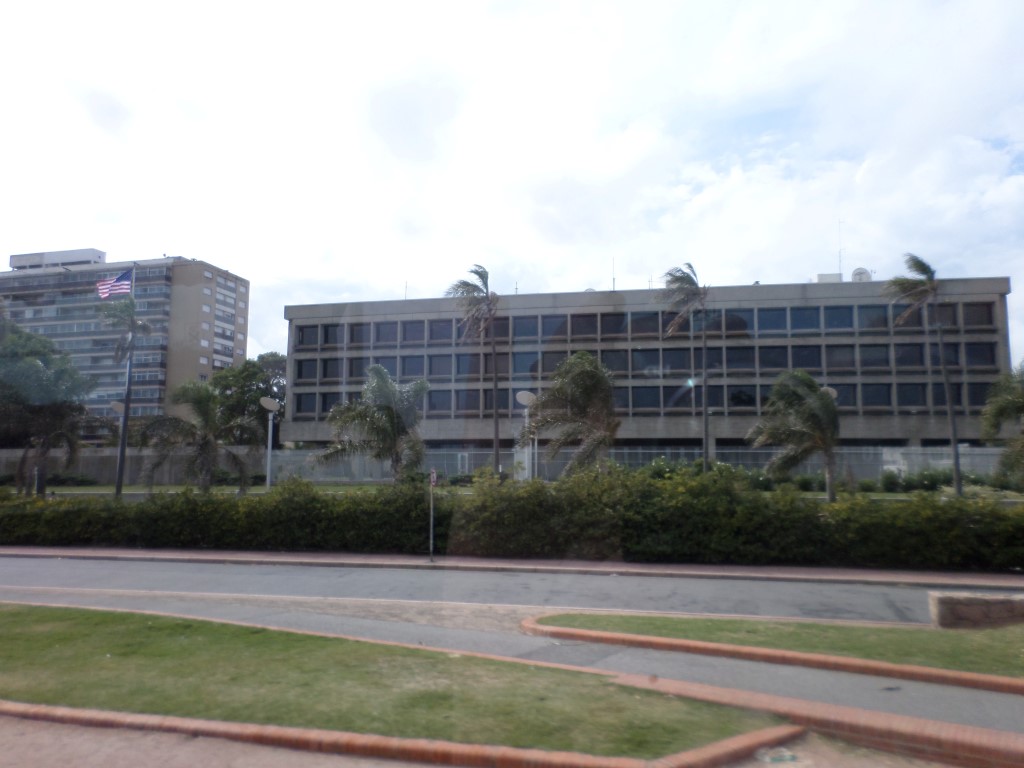 Random building while on our tour 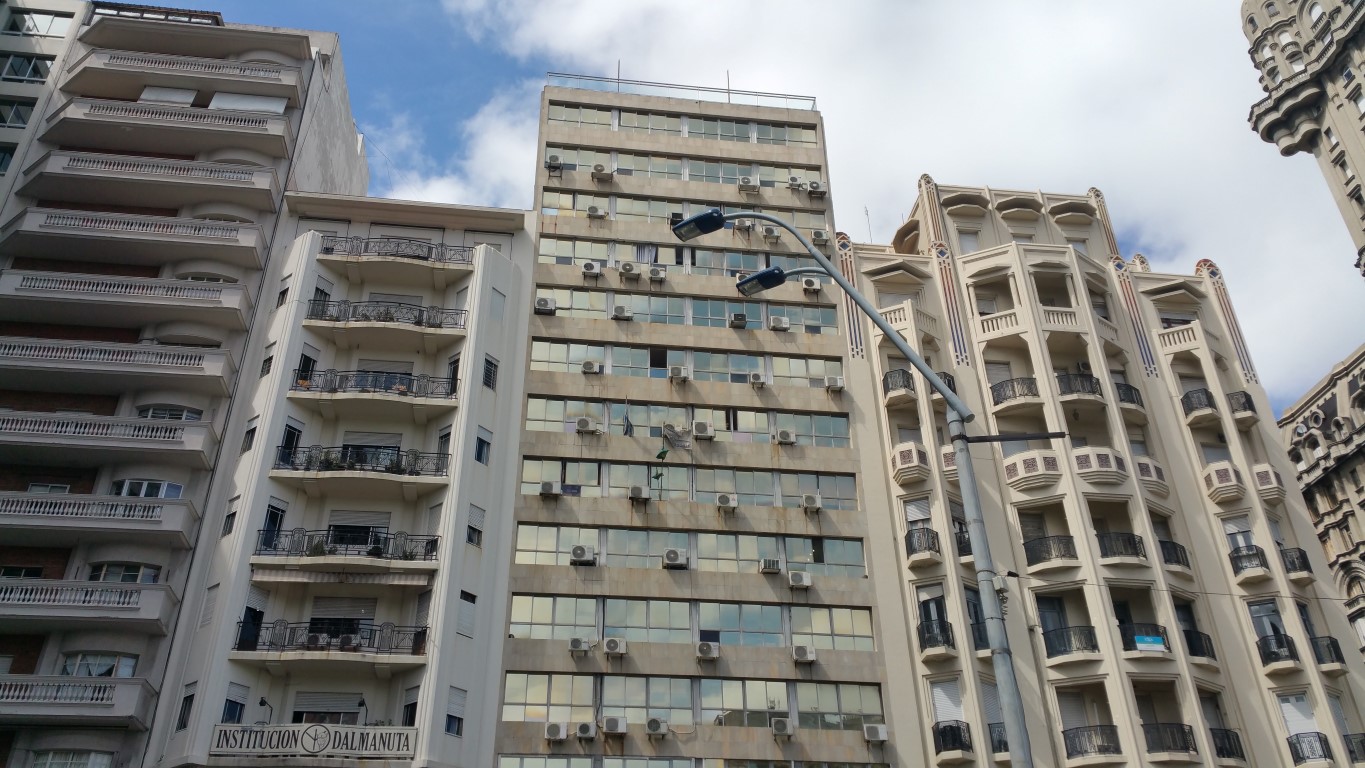 Look at all the air conditioners! 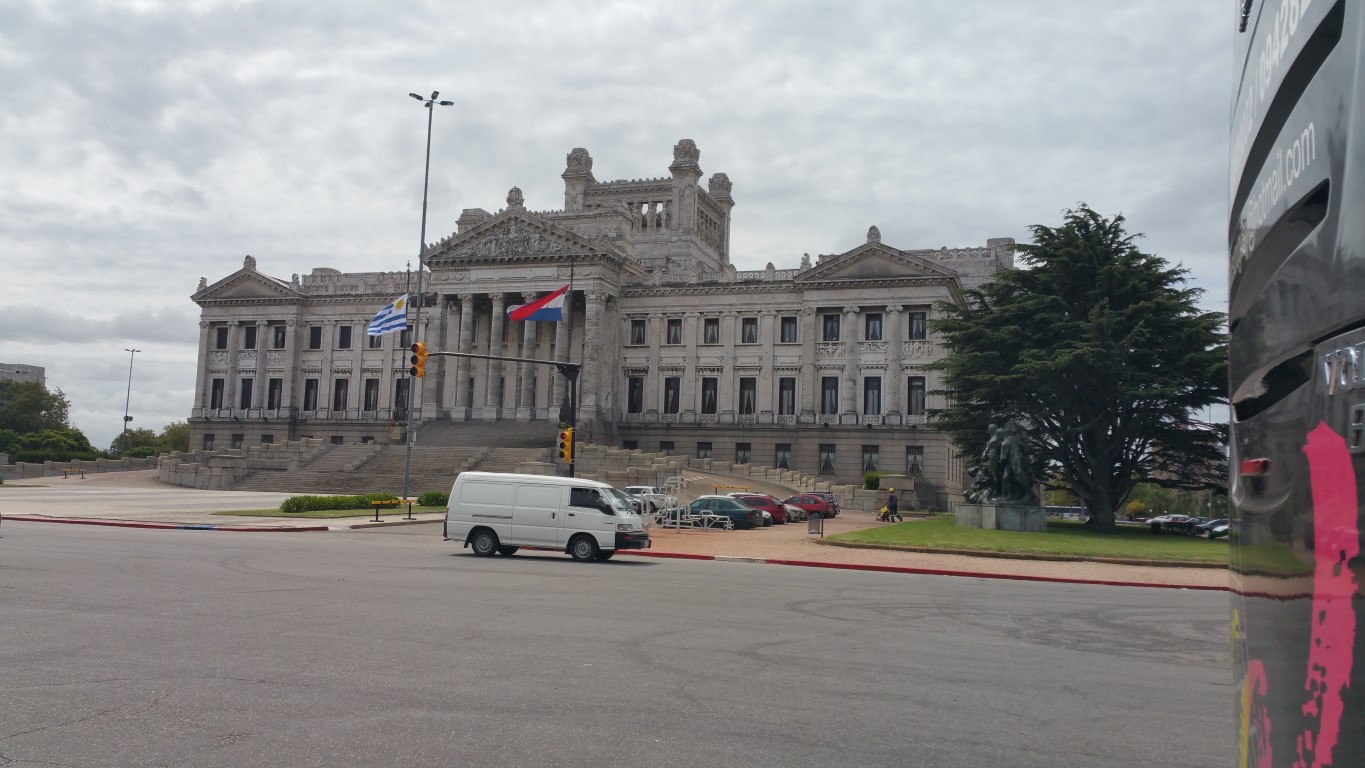 We drove by a wagon-train statue there was a couple of little stands there to buy stuff. Everyone here likes to drink “Mate” which is a tea with caffeine and it’s in this bowl with a special straw. People here are really addicted to this stuff.  Adam eventually tried it and really liked it too. 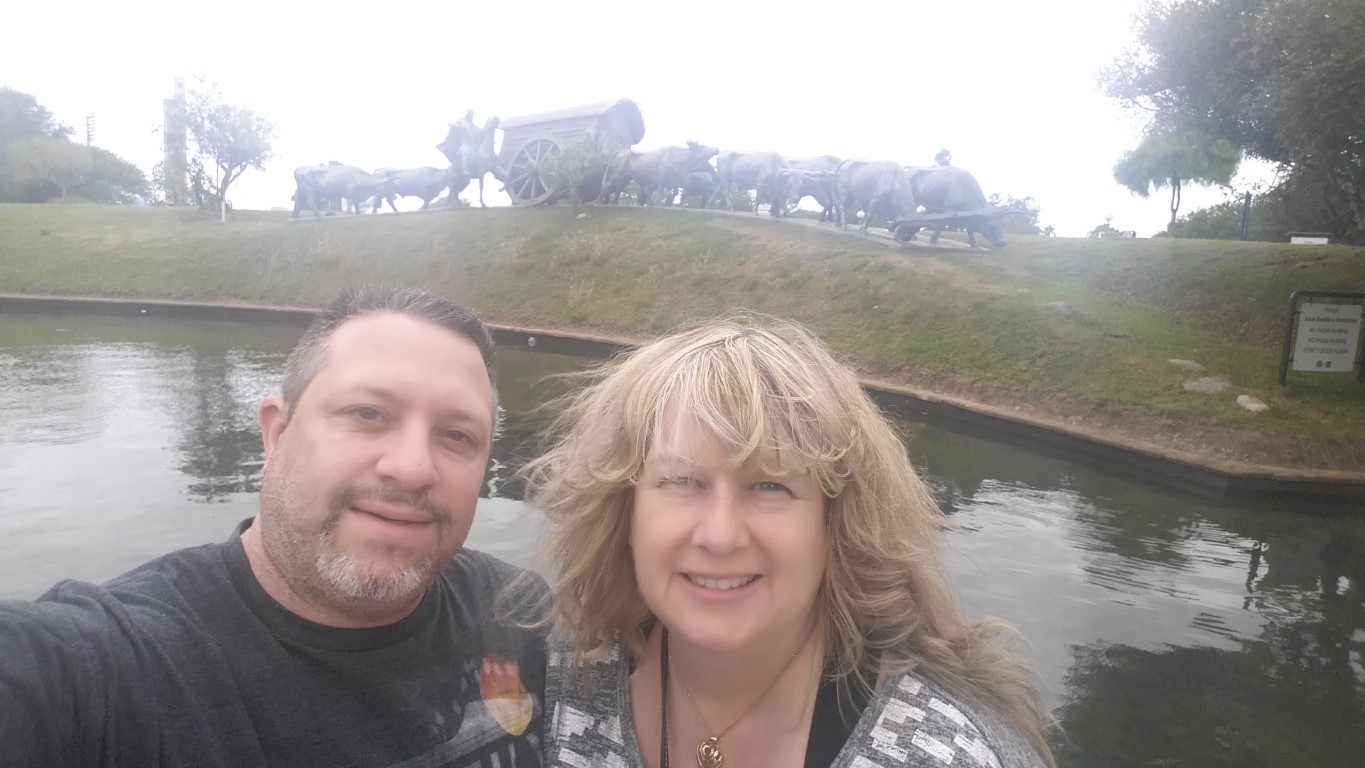 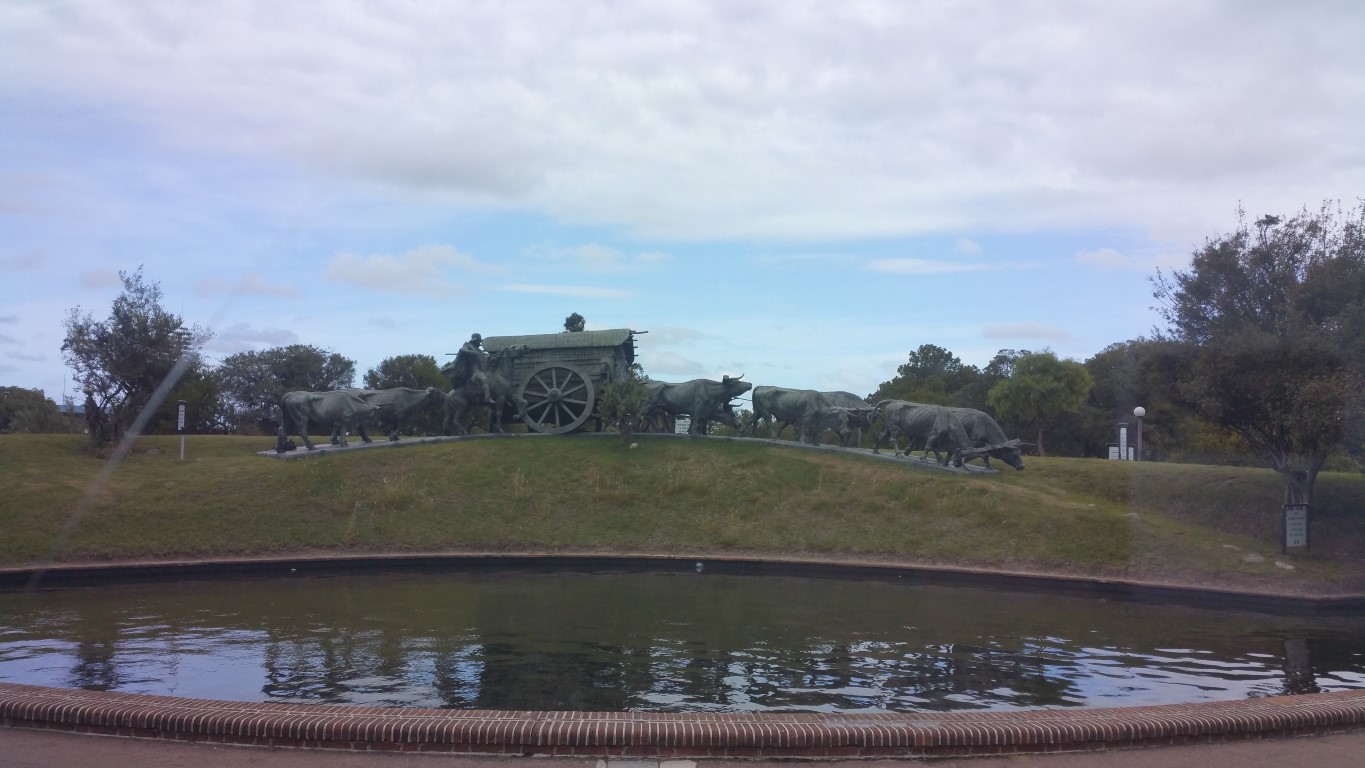 Mate- also known as yerba mate, chimarrão or cimarrón, is a traditional South American caffeine-rich infused drink, particularly in Argentina (where it is defined by law as the “national infusion”),Uruguay, Paraguay, the Bolivian Chaco and Southern Brazil, and in southern Chile. It is also consumed by the Druze in Syria, the largest importer in the world, and in Lebanon. It is prepared by steeping dried leaves of yerba mate (Ilex paraguariensis, known in Portuguese as erva-mate) in hot water and is served with a metal straw from a shared hollow calabash gourd. The straw is called a bombilla in Spanish, a bomba in Portuguese, and a bombija or, more generally, a masassa (type of straw) in Arabic. The straw is traditionally made of silver. Modern, commercially available straws are typically made of nickel silver, called alpaca; stainless steel, or hollow-stemmed cane. The gourd is known as a mate or a guampa; while in Brazil, it has the specific name of cuia, or also cabaça (the name for Indigenous-influenced calabash gourds in other regions of Brazil, still used for general food and drink in remote regions). Even if the water is supplied from a modern thermos, the infusion is traditionally drunk from mates or cuias.

On the way back to the ship we drove by a building with some cartoon characters sticking out of the windows. It was really funny. 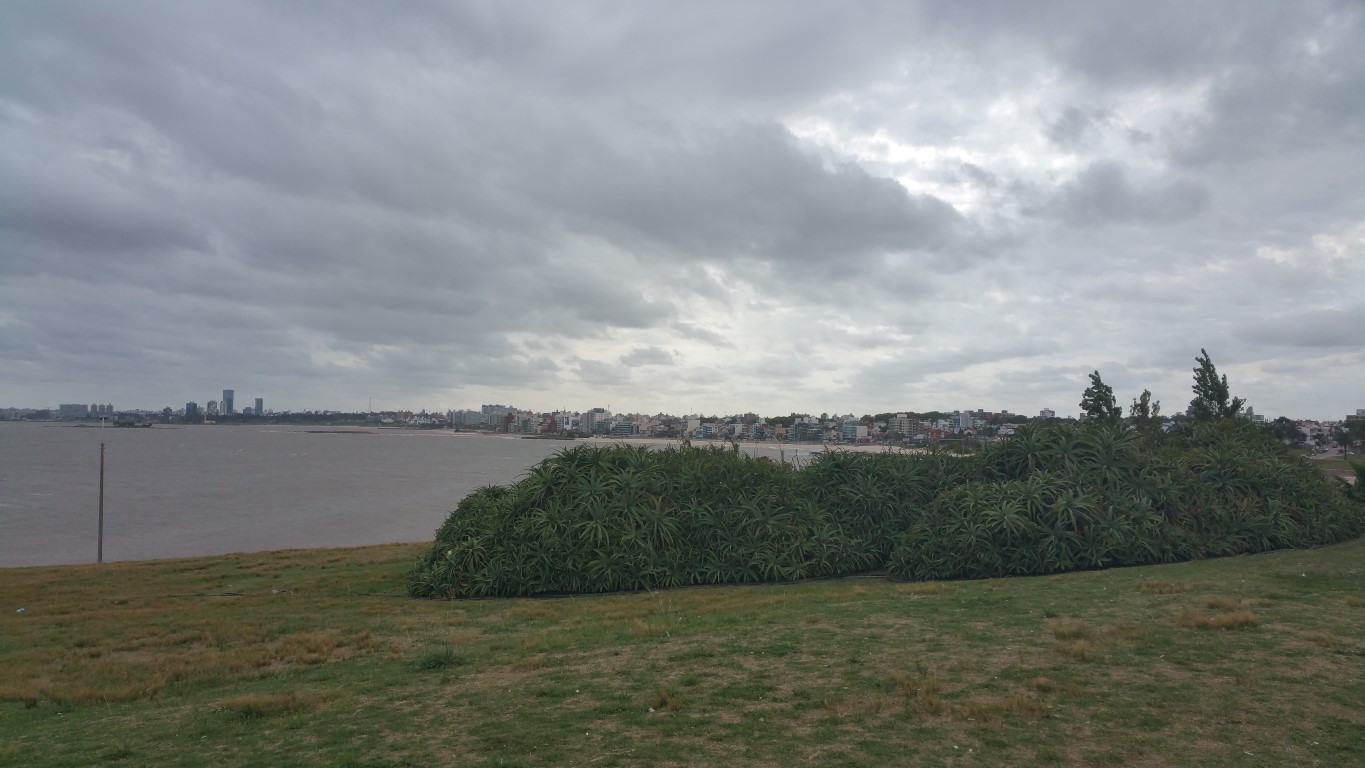 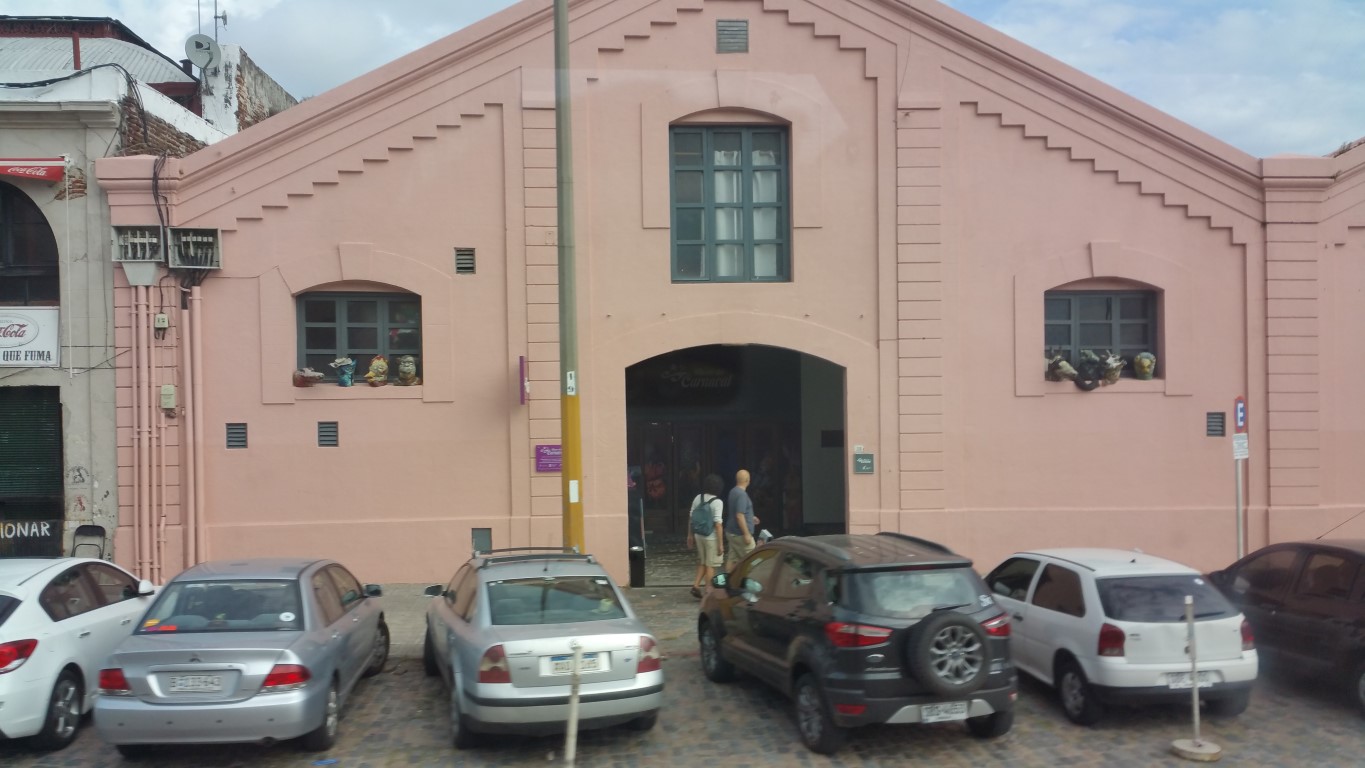 Hard to see in this photo – but cartoon characters are in the windows.

A lovely sunset for sail-away

Back at the ship for sail away and dinner. Tomorrow is a day at sea!