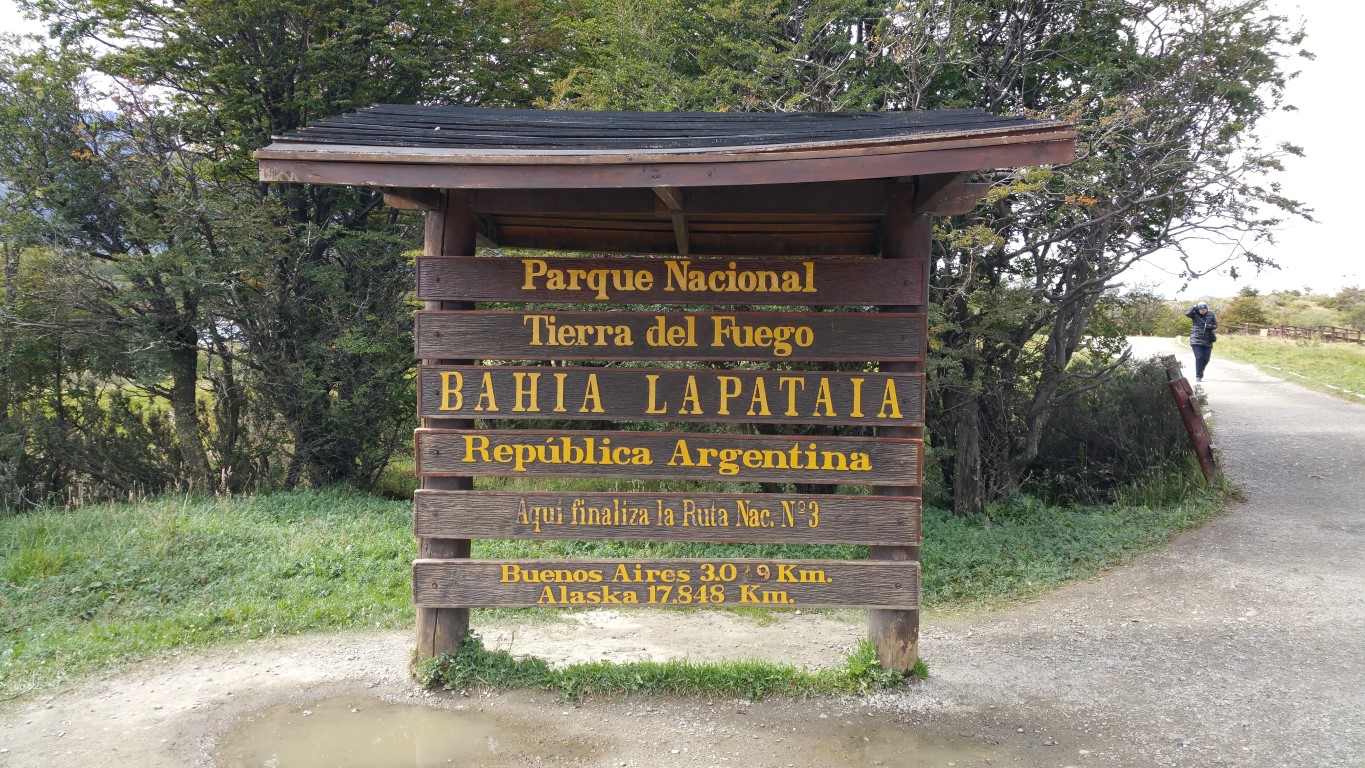 We had to get up very early because we had a tour “To the End of the World” that left at 7:30 am. Our bus tour took us to Tierra Del Fuego national park. The area is named Tierra Del Fuego (Land of Fire) because the early inhabitants had many camp-fires constantly burning – they wore almost no clothing, and the area is quite cold, so they needed the fires going constantly. Early explorers view of the area was of all of the fires, hense the name.

Here are a few photos of the port area as we arrived. 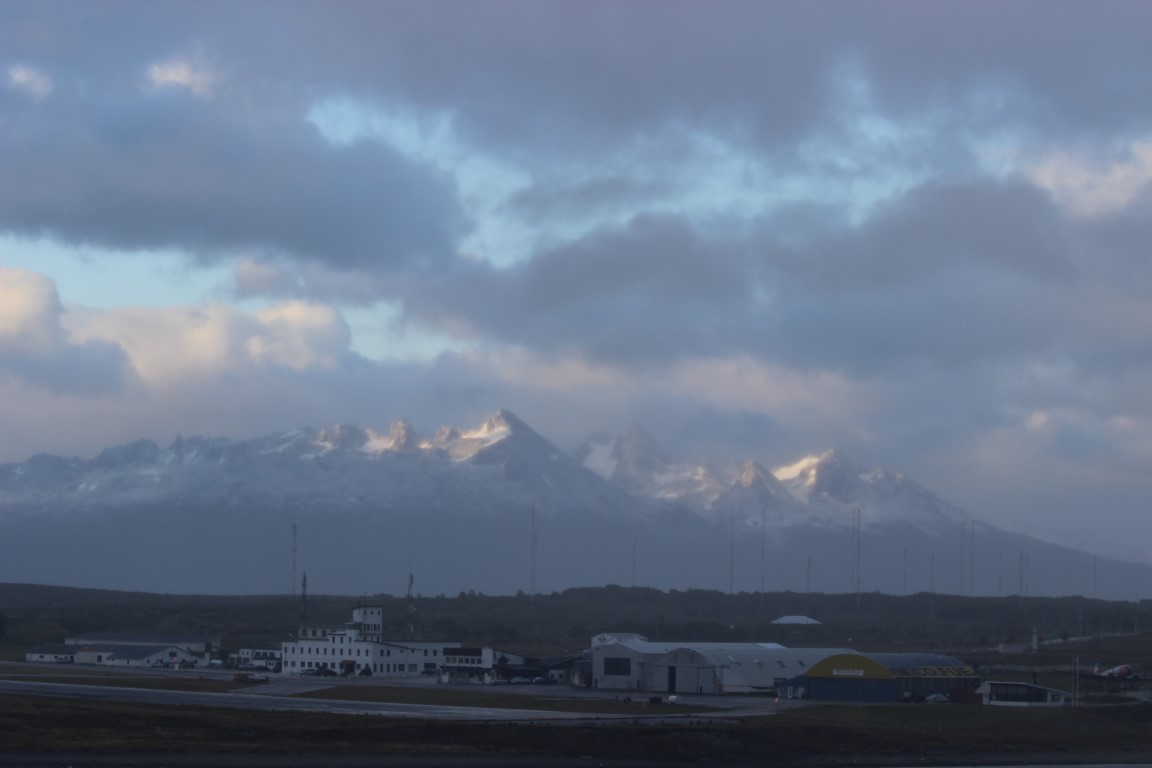 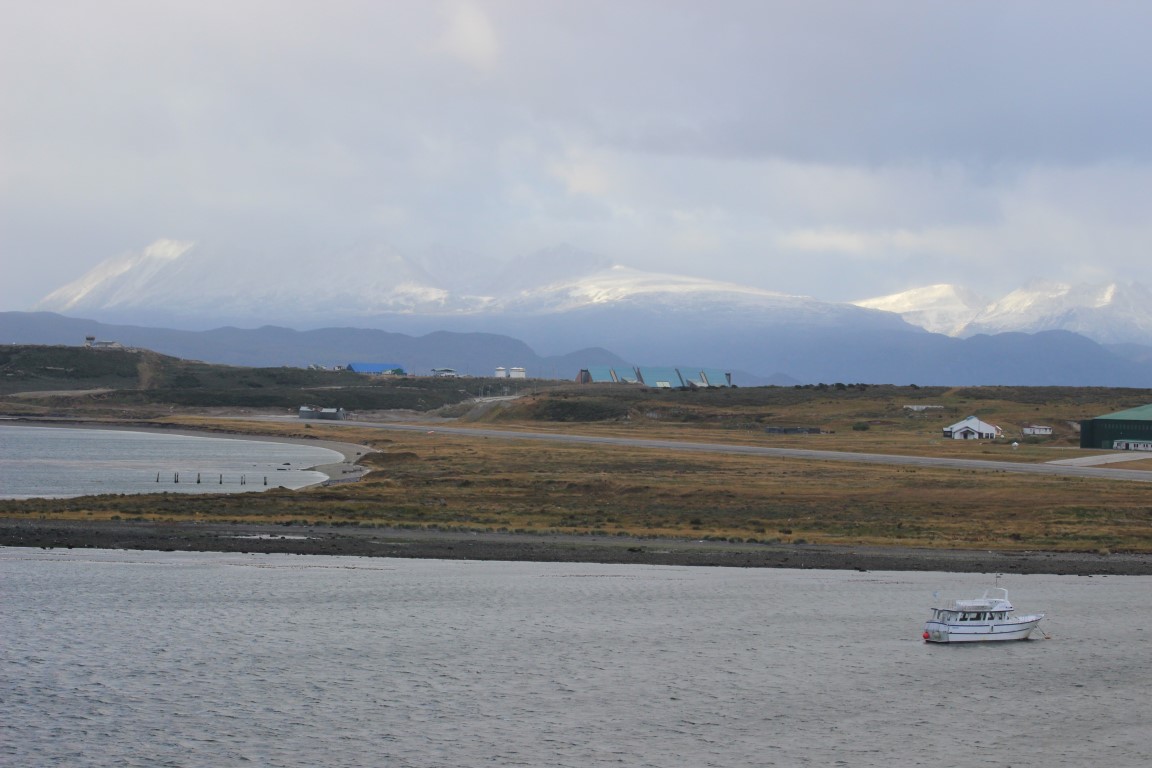 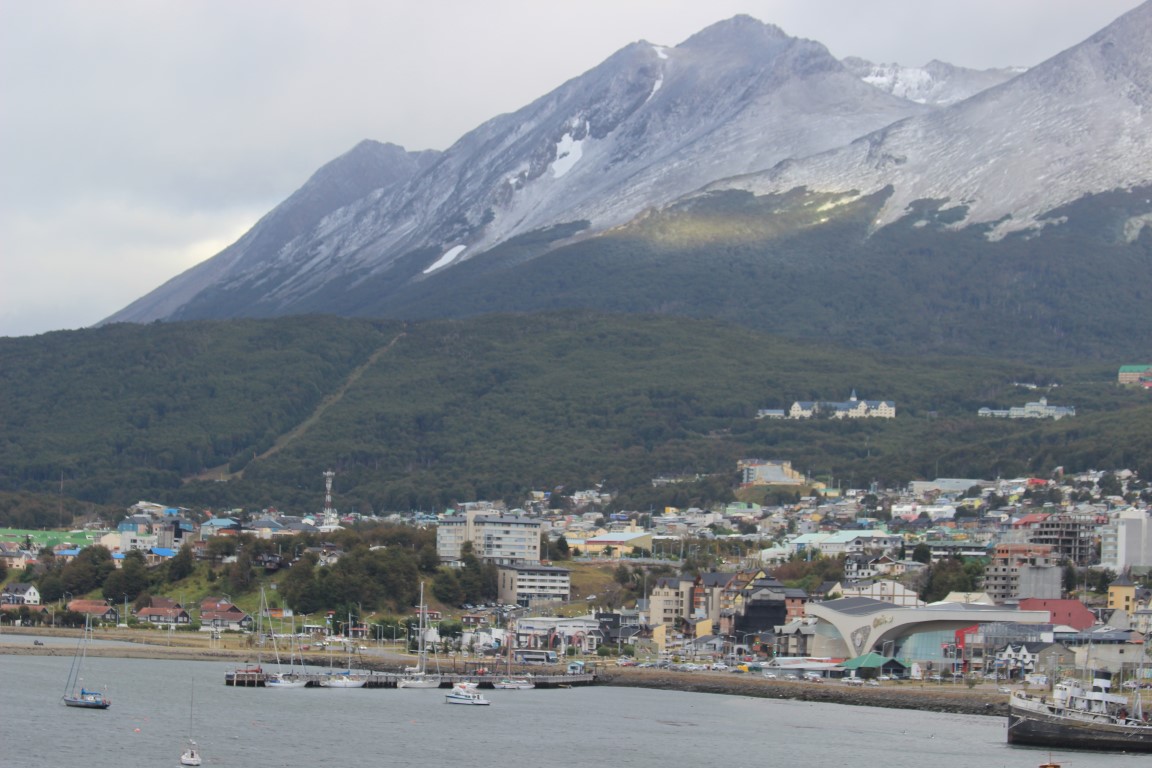 Our trip to the park started with a first stop to view Ensenada Bay Lake and then on to Roca Lake. Then we went to Lapataia Lake, where the southern end of the Pan-American Highway is located. The highway is twelve thousand miles long, and we took our photos at the sign marking the south end of it. We made a quick stop at the visitor’s center that explained more about the early native settlers and we walked up to the third-floor viewing deck for some beautiful views of the area. It was a scenic day, and we enjoyed it. This was one of the main goals of the trip for Cheryl and she got her photo next to the sign. 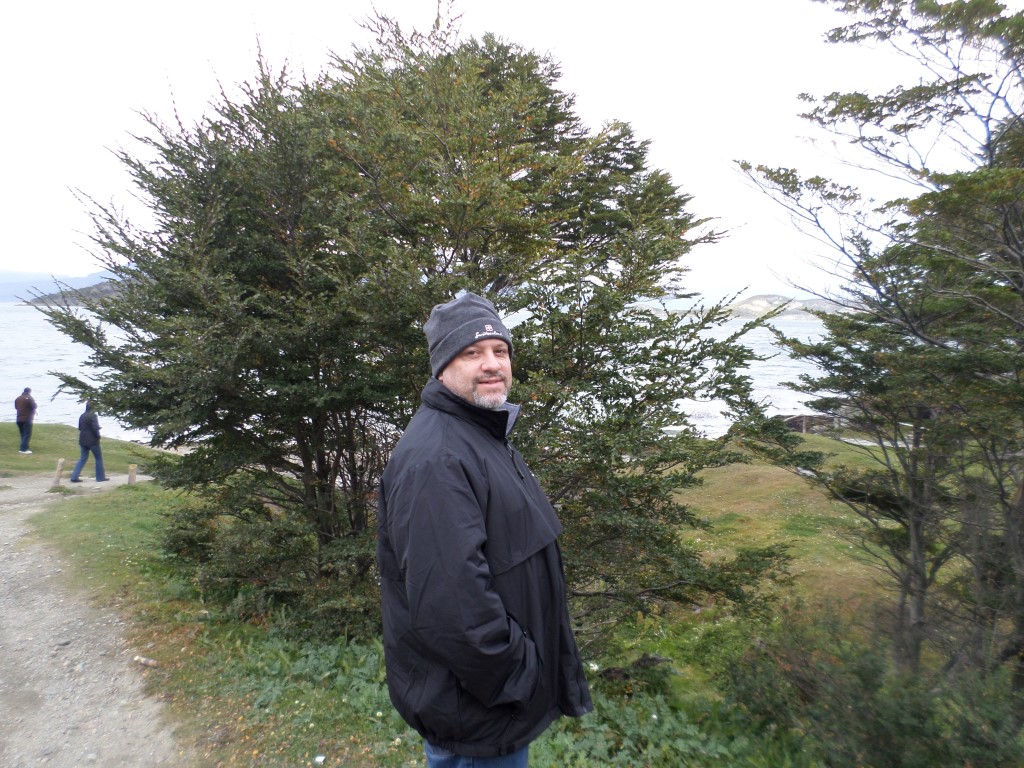 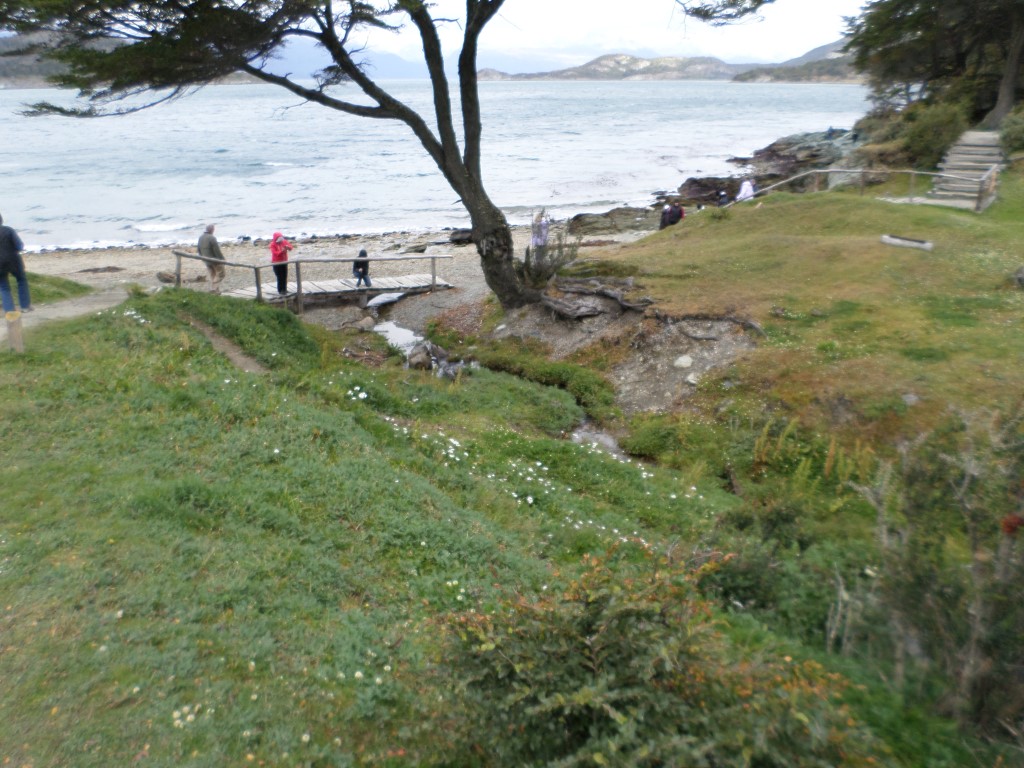 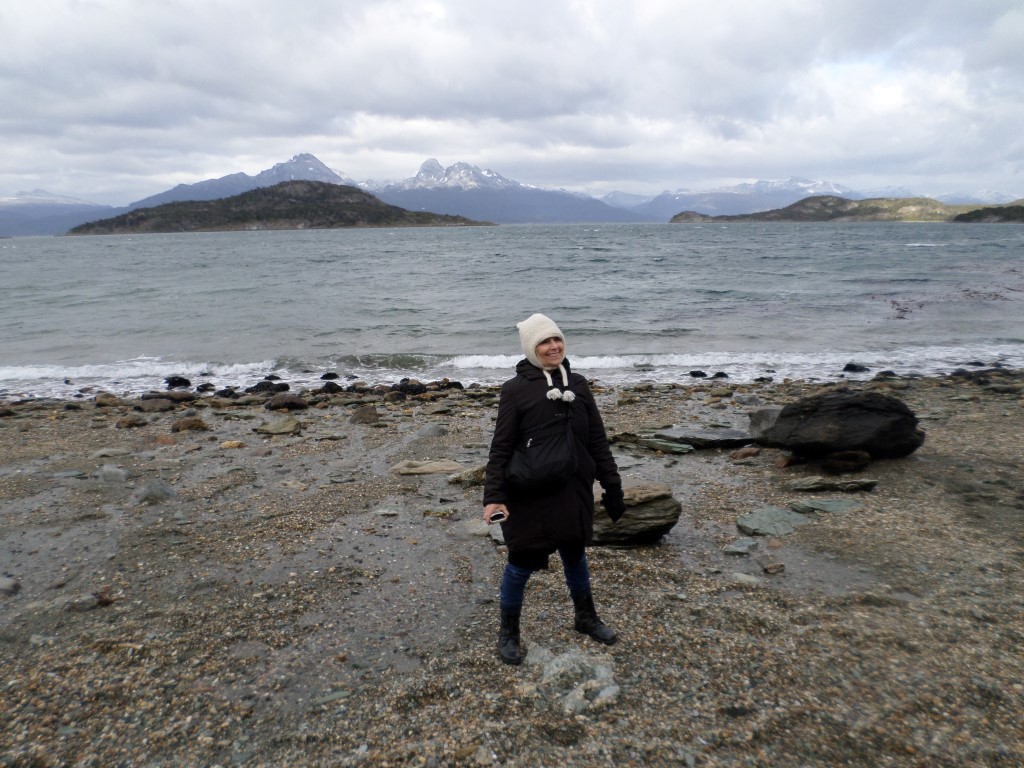 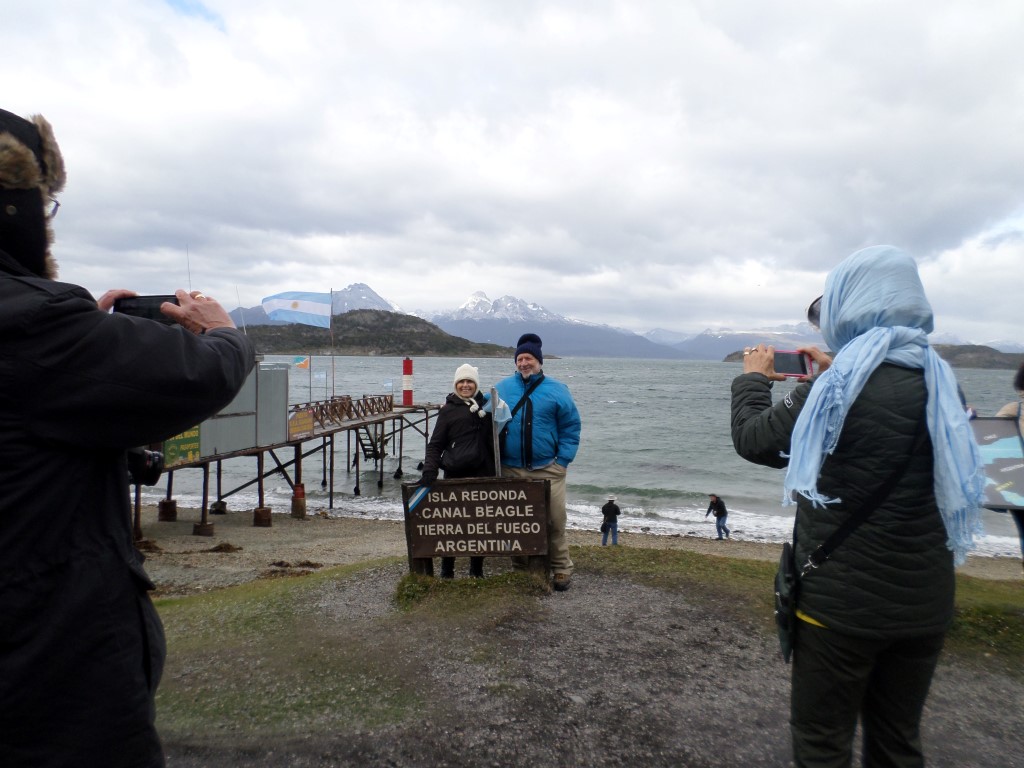 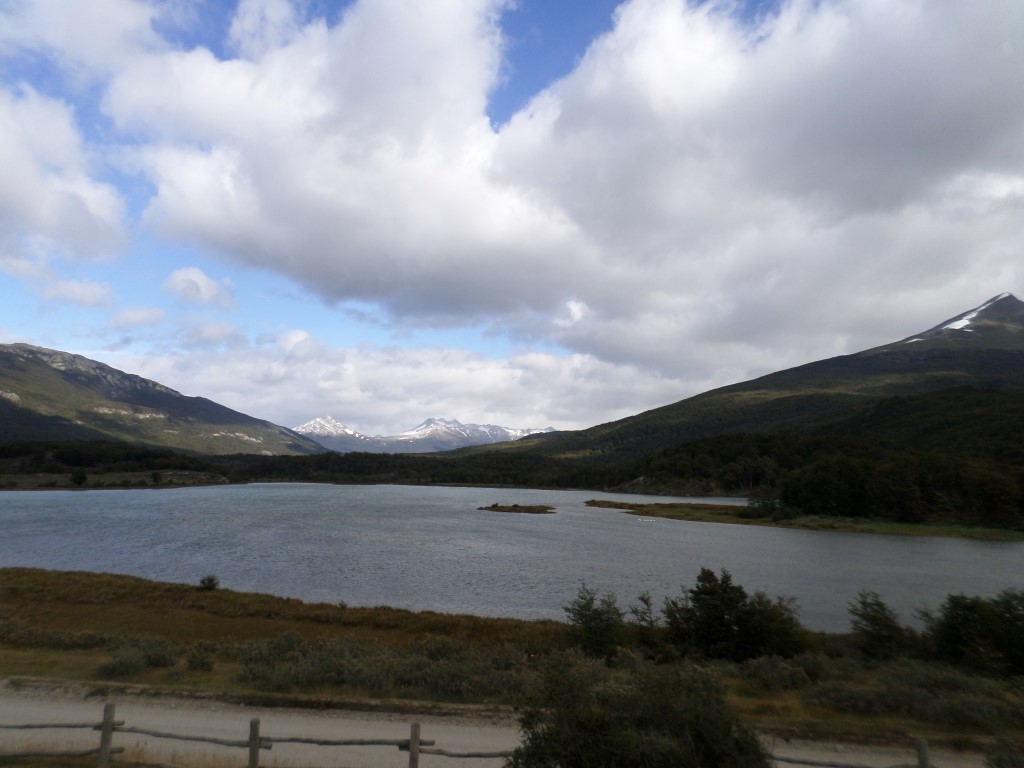 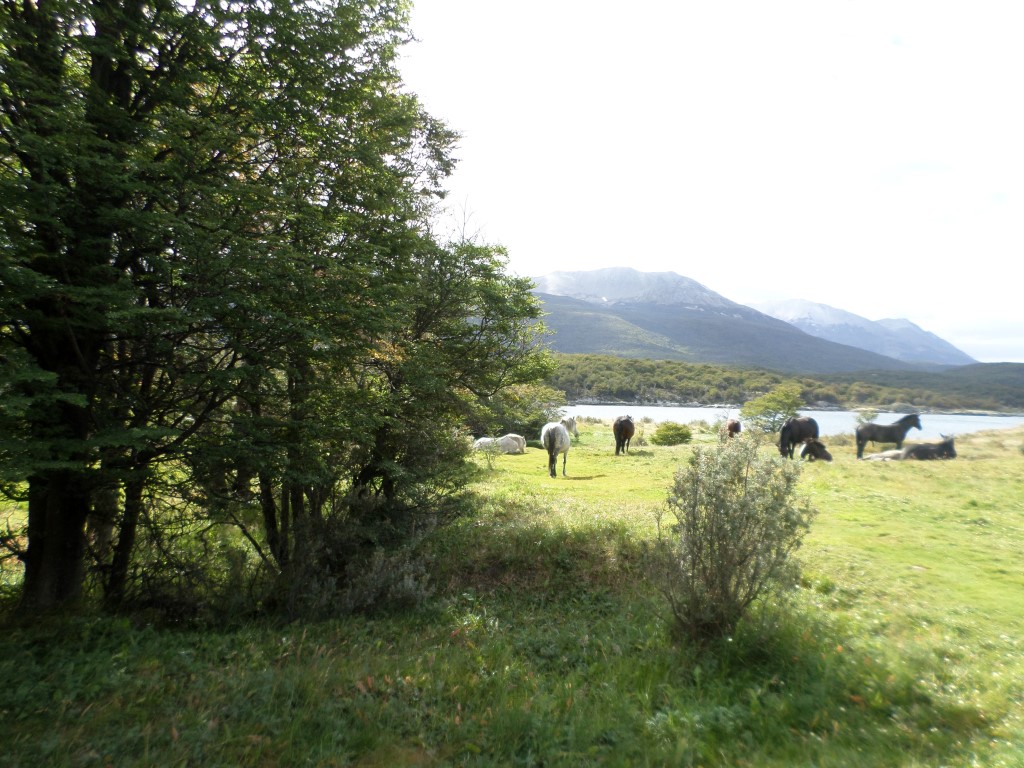 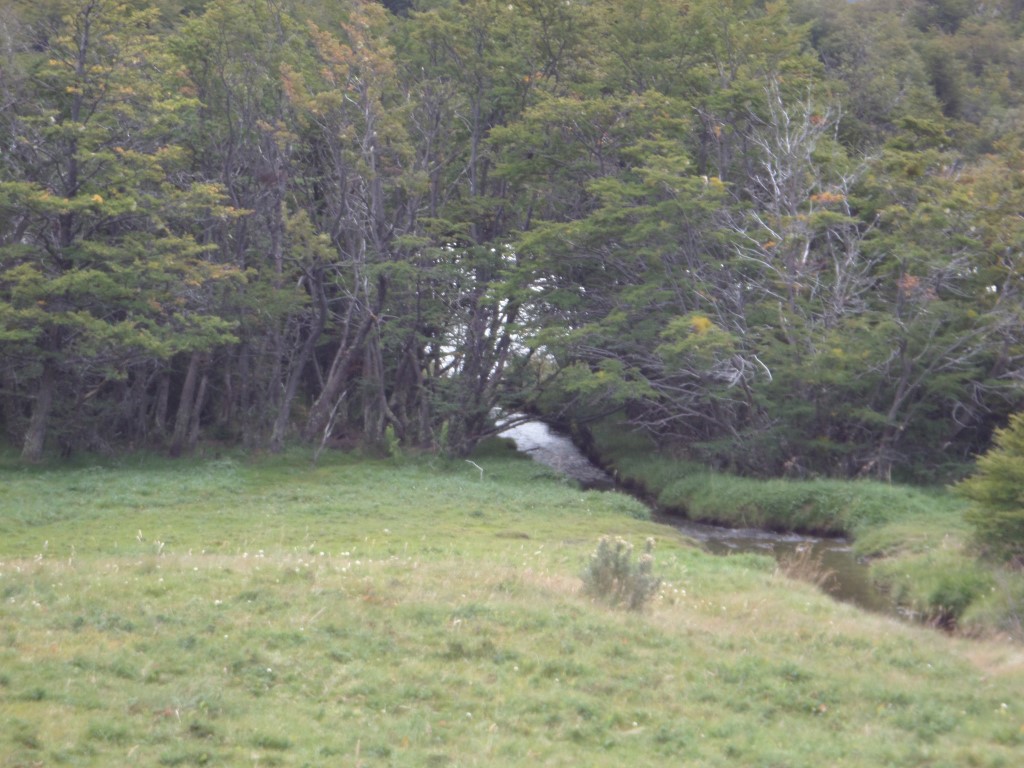 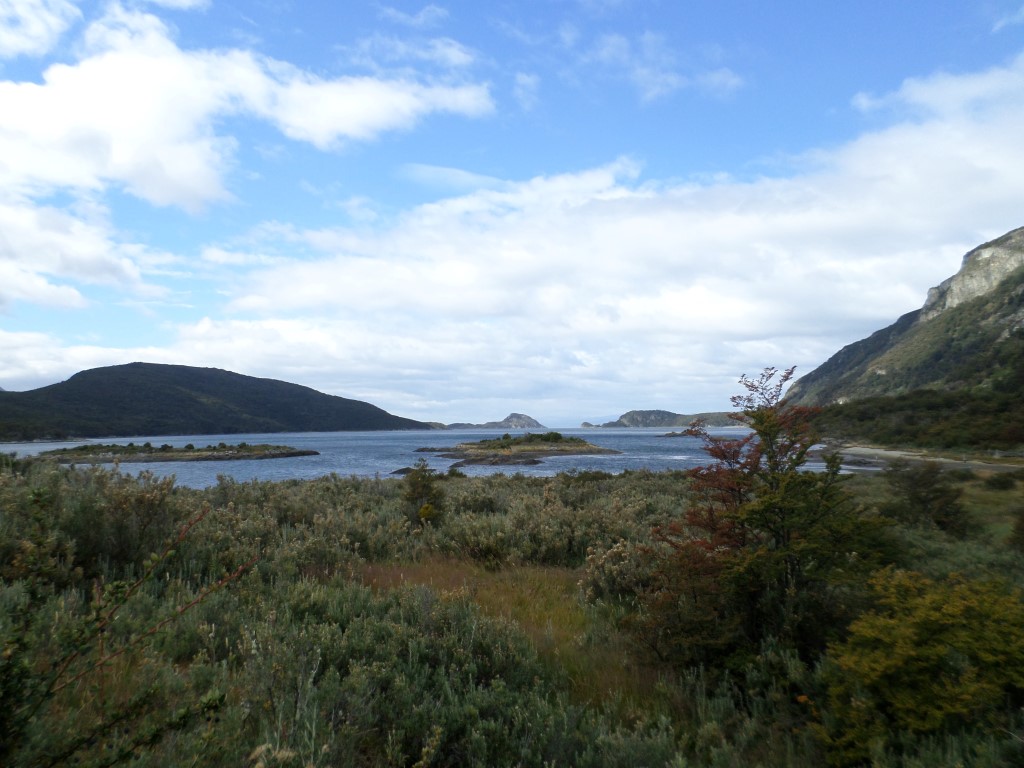 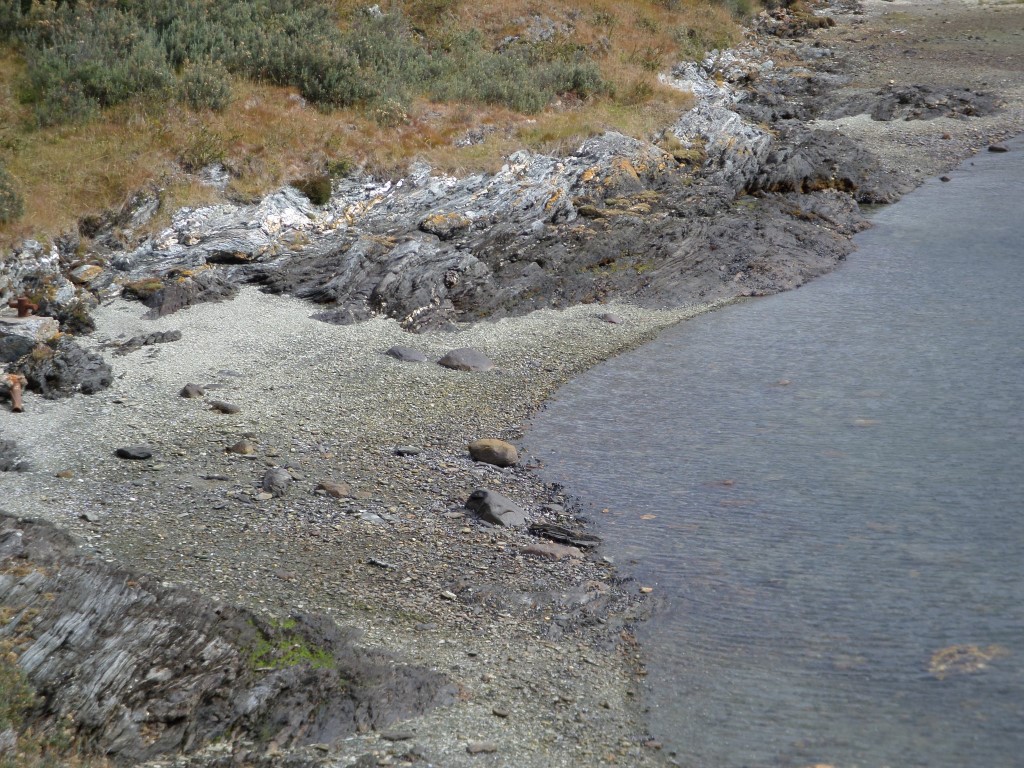 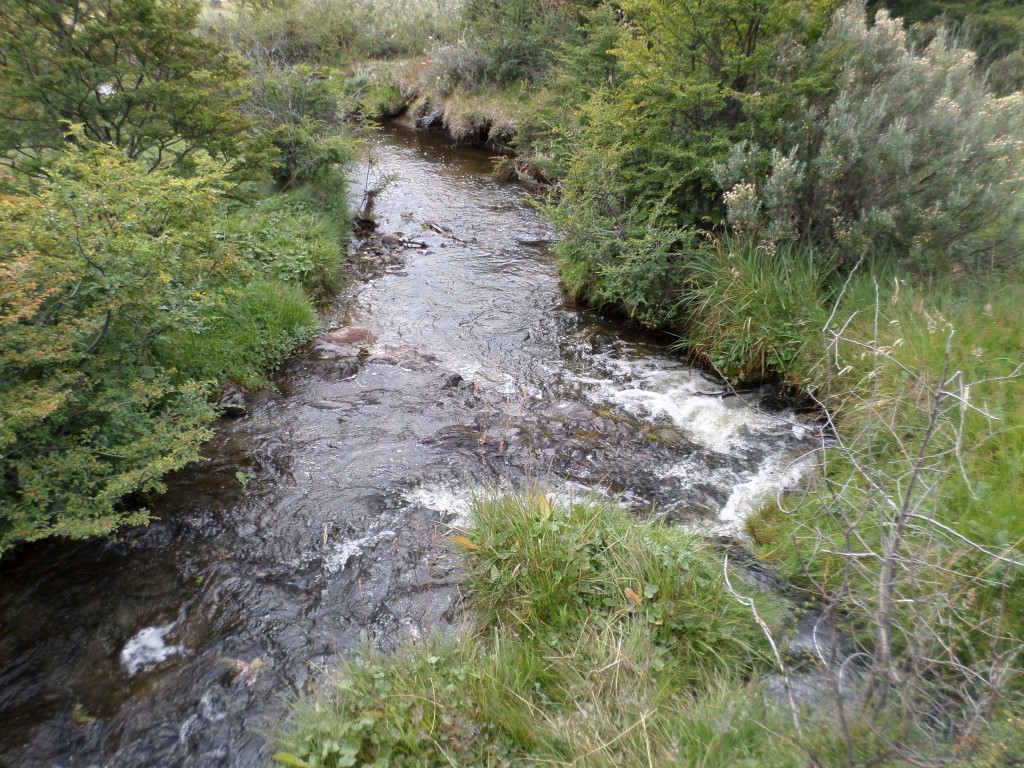 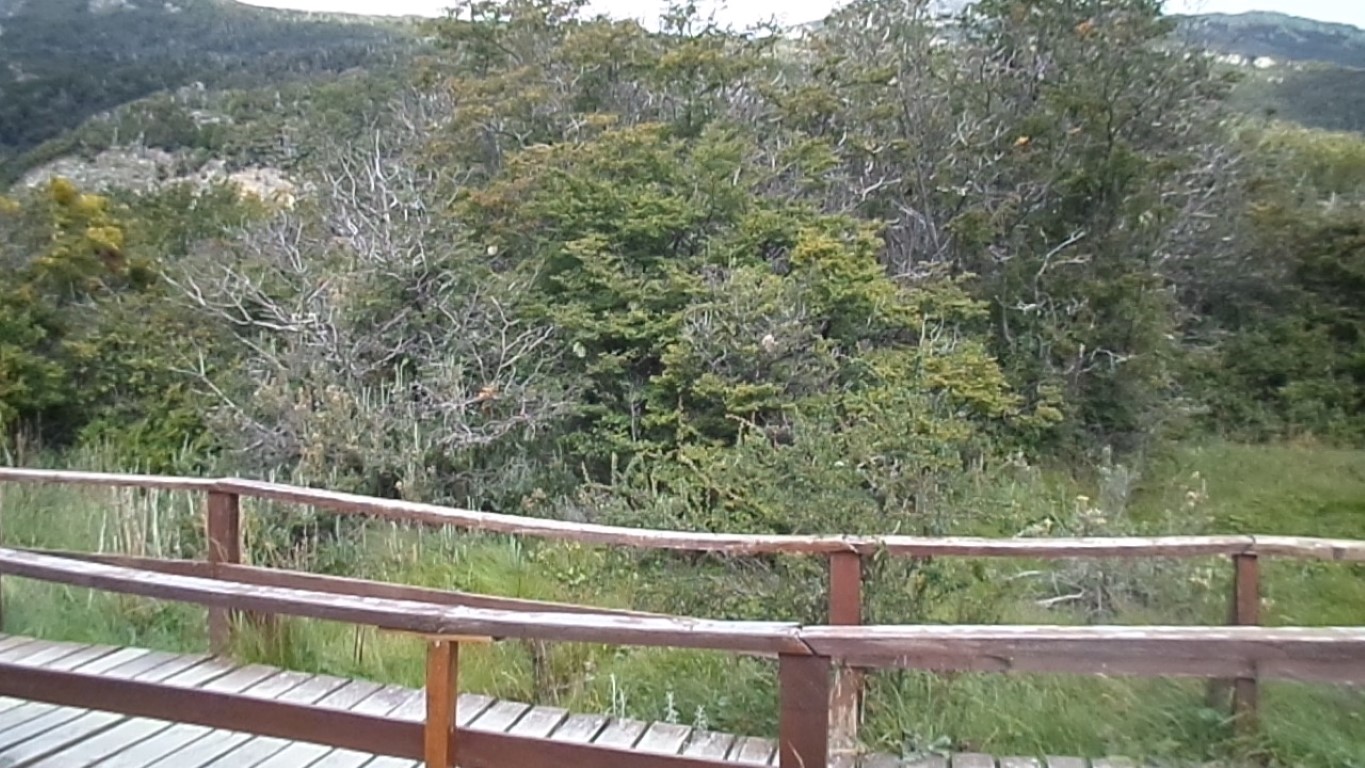 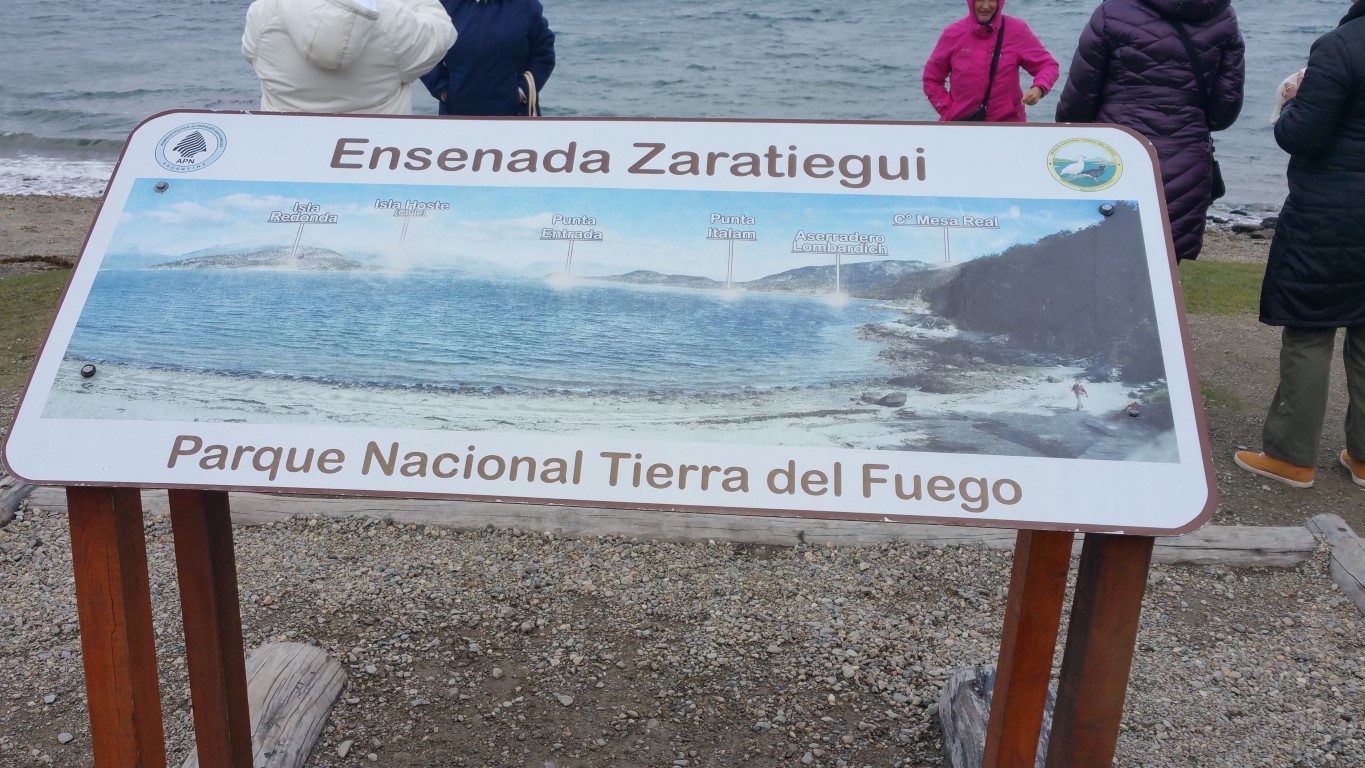 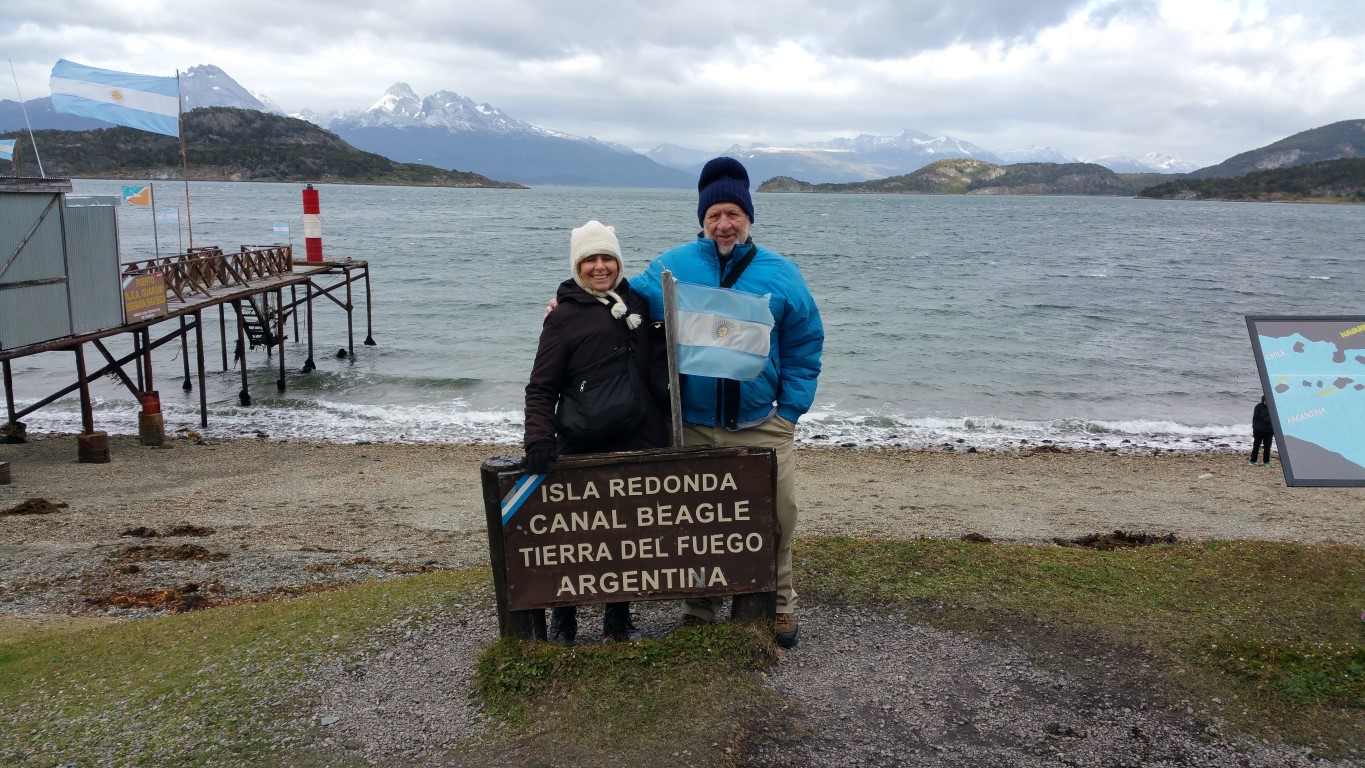 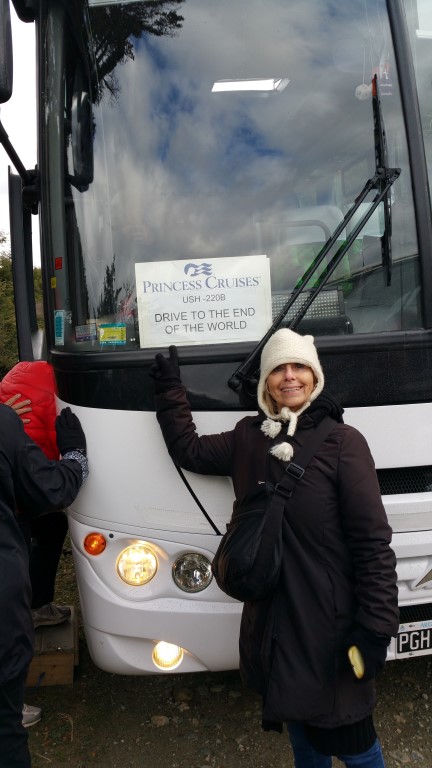 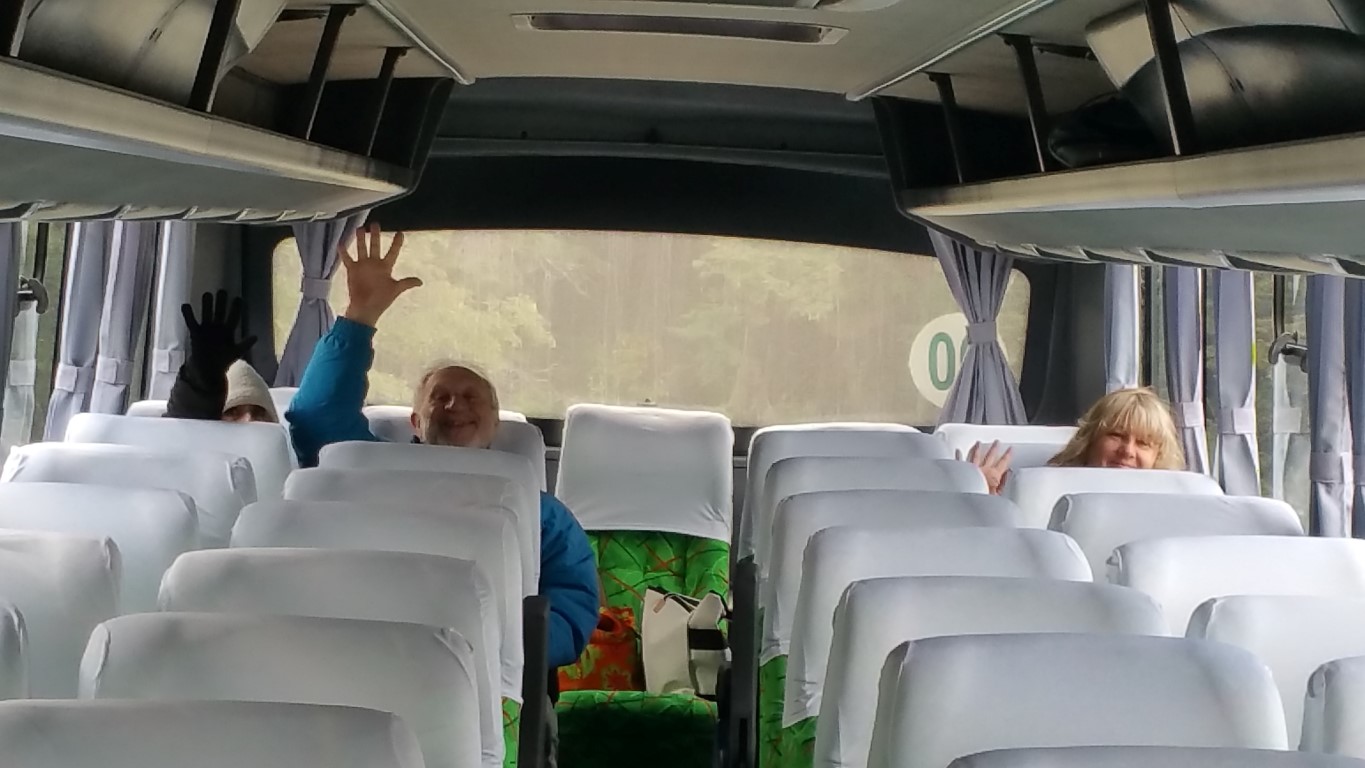 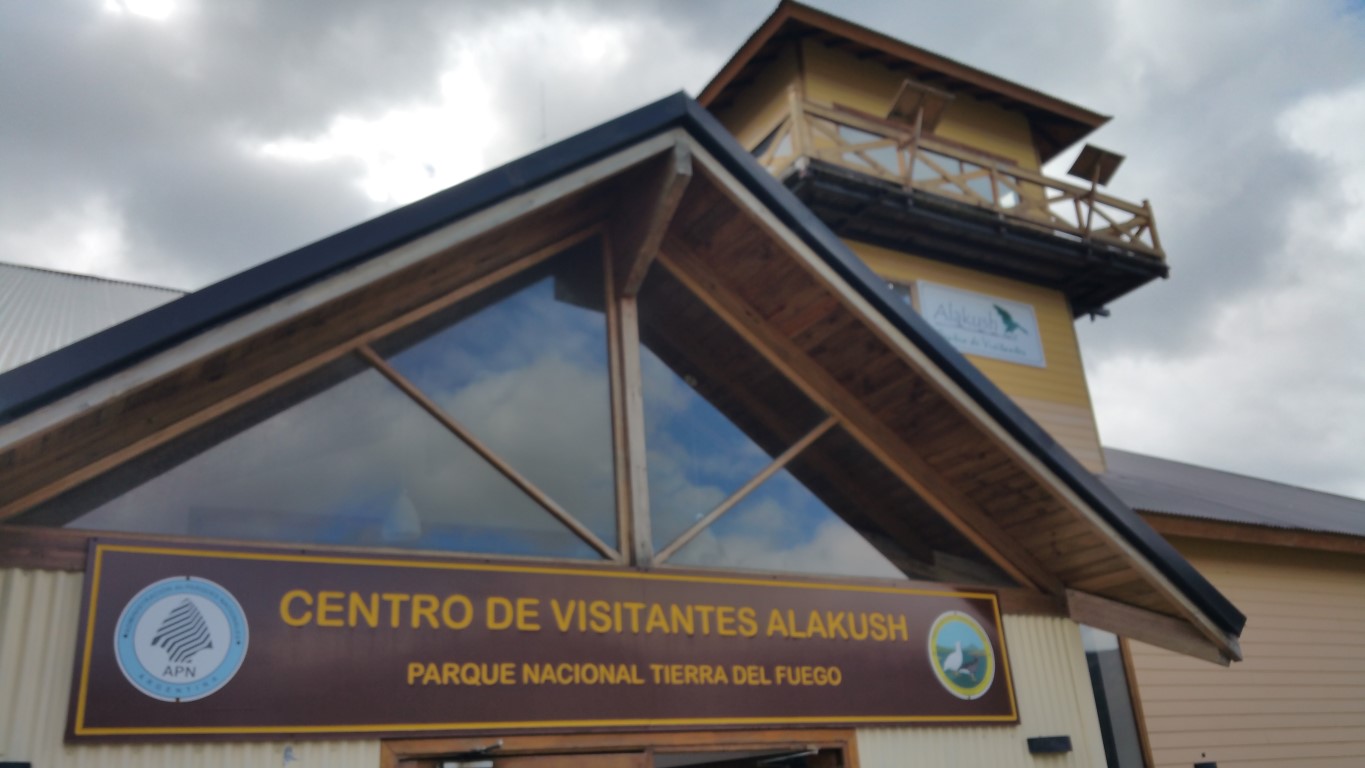 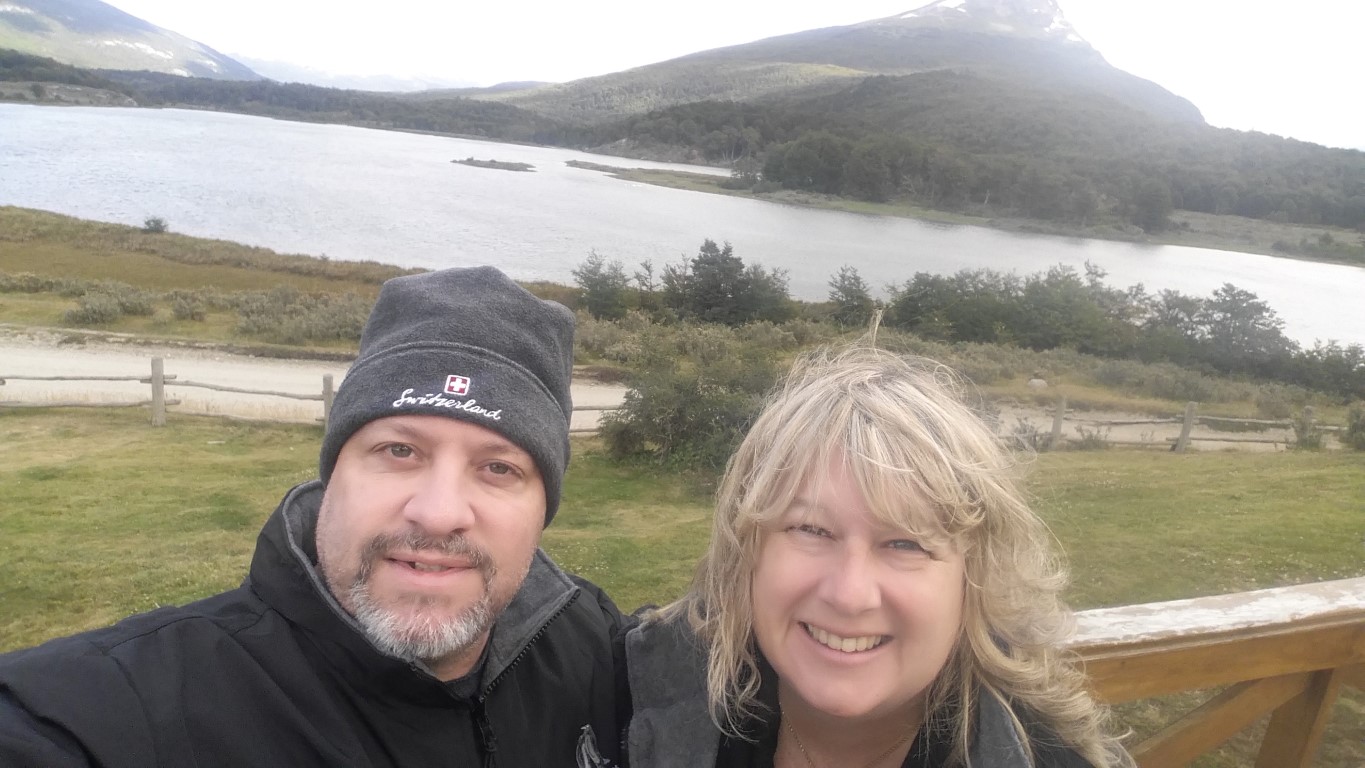 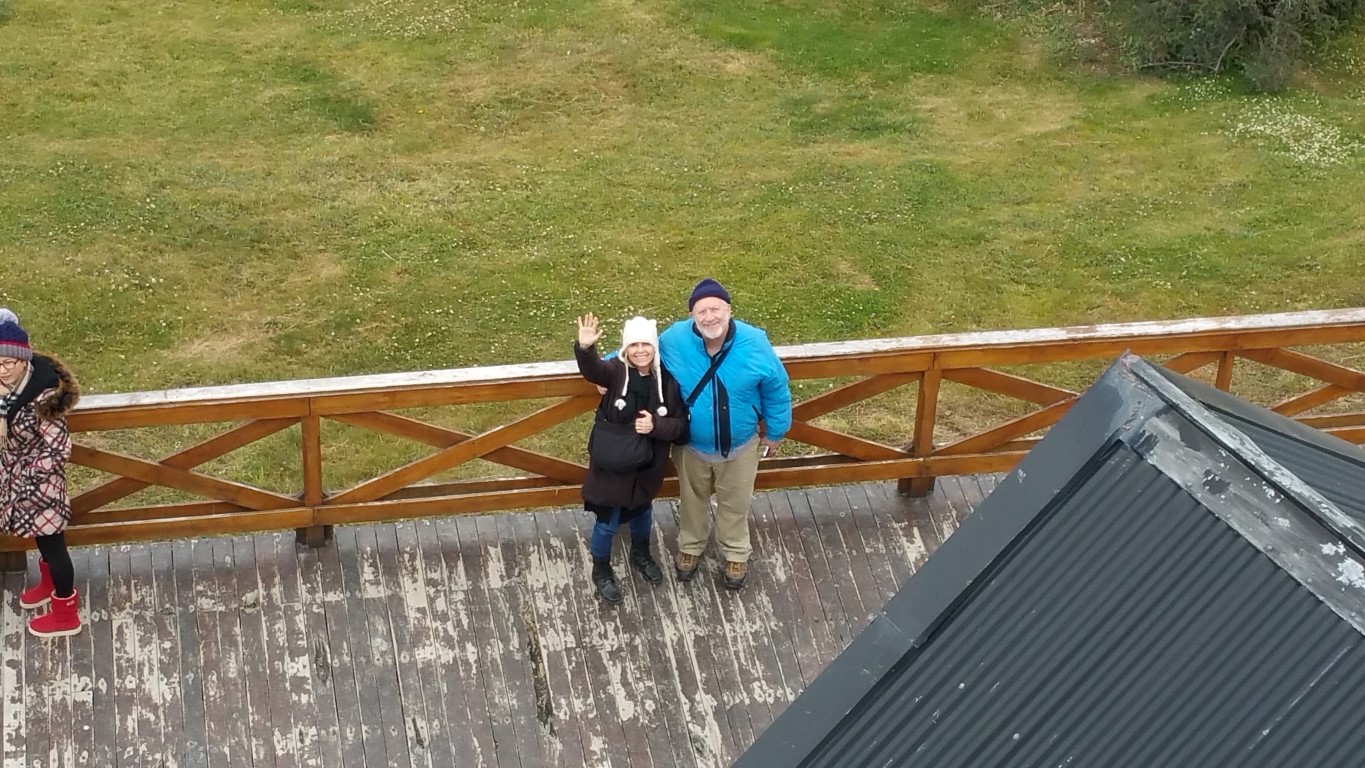 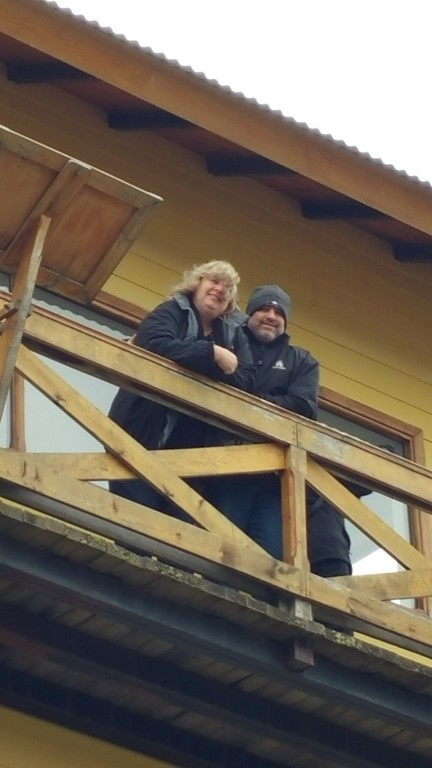 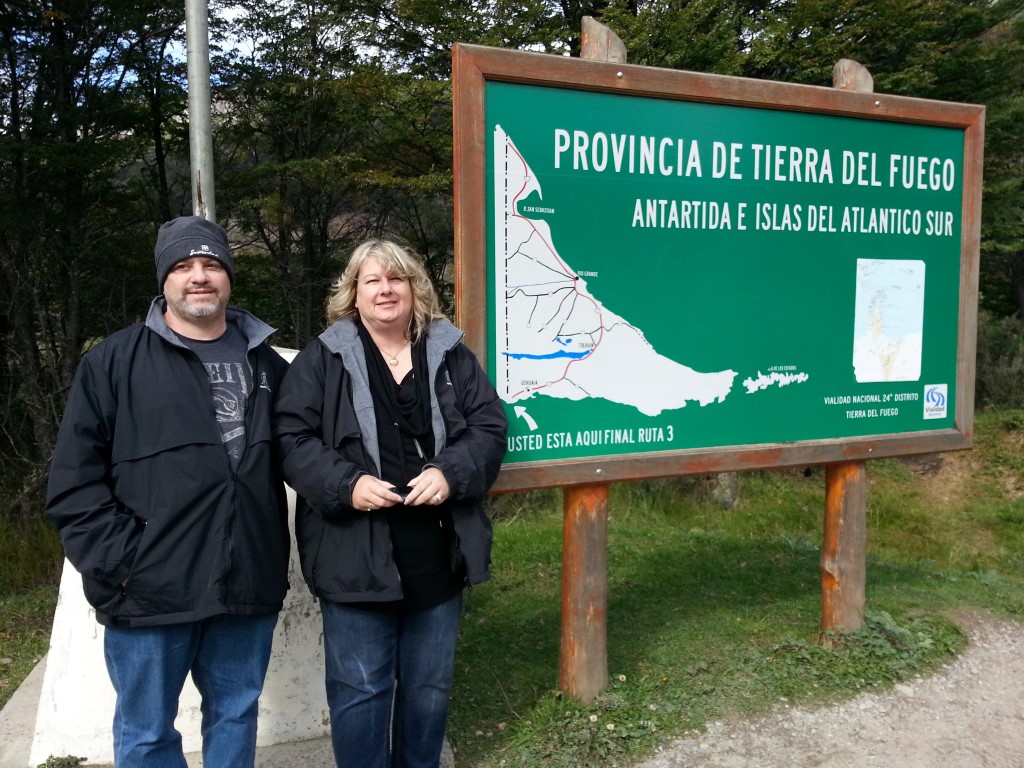 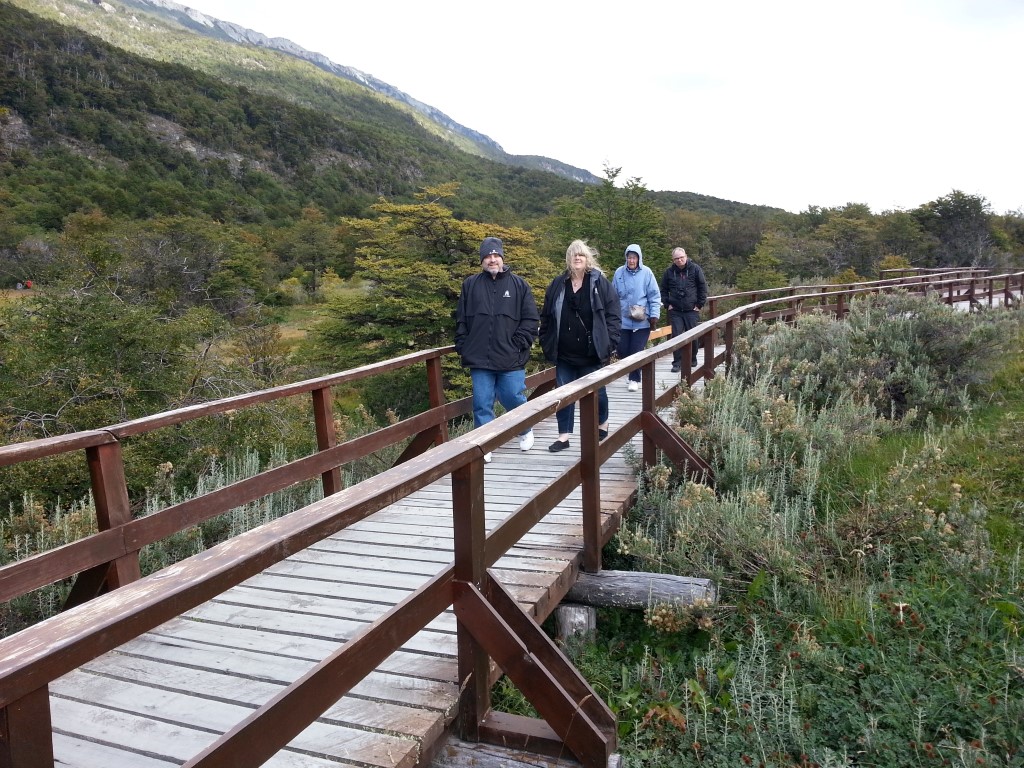 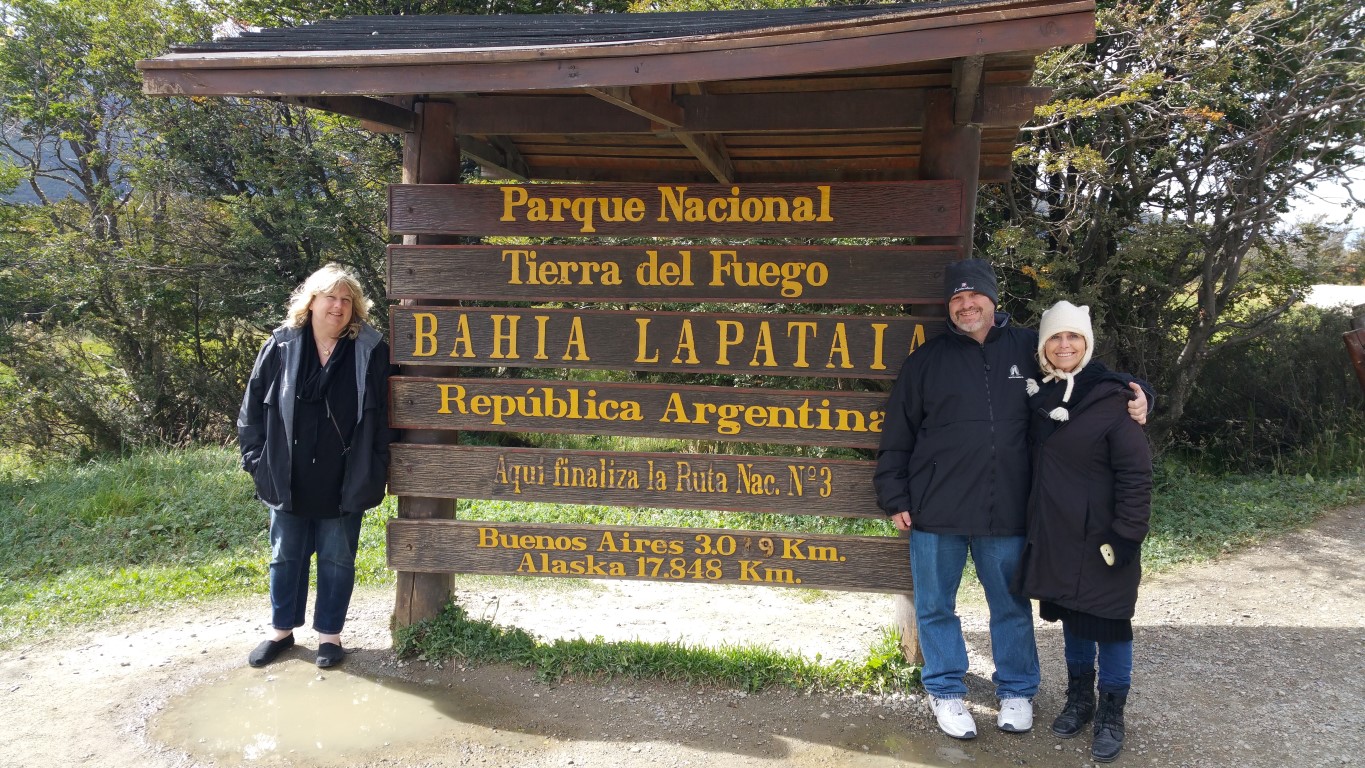 After our tour, we headed back to the ship – we were scheduled to leave about 30 minutes after arriving back at port, but we wanted to visit a gift shop that was at port so we rushed over to see it – the winds were crazy strong and Cheryl almost got airborne! We finished our shopping and rushed back to the ship – with the winds blowing at our backs to aid us rushing faster.

All the rushing was not really necessary after-all because the winds also kept us from being able to leave port. We were delayed about 3 or 4 hours before they died down enough for us to depart for Punta Arenas, Chile.