We awoke really early to make sure we had to time get breakfast before they called our
“Pink 2” luggage tags for debarkation. 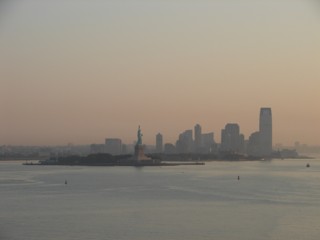 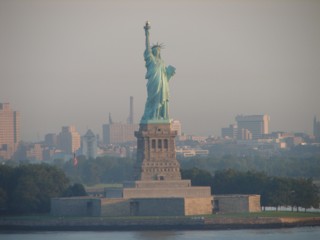 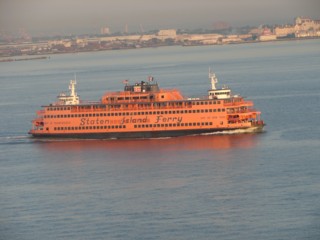 Some early morning photos as we enter the Manhatten area.

As usual we ate at the buffet. After breakfast we got all our remaining stuff out of the cabin and went to the princess theatre to wait for our luggage tag to be called. They were showing national geographic shows with nature killing nature and all sorts of bad stuff.

The National Geographic show talking about “Cave Snot”. We get the message.. we are trying to leave as quickly as possible!

Then they finally put on something good –  “Everybody loves Raymond” “Inside the Actors Studio” episode and it was really good.. for about 10 minutes.. and then they called our luggage tag! Off the ship we went and on to a bus that took us to Grand Central station. 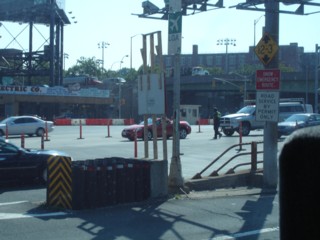 On the bus going through Manhatten. 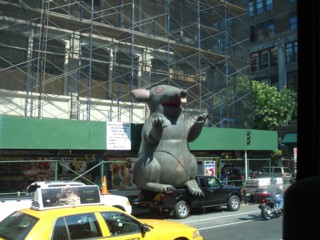 We heard about the big rats (Rous’s) that inhabit New York. Now we’ve seen it ourselves!

After we got dropped off we had to lug our stuff a little way over to the hotel and we got checked in pretty easily enough. 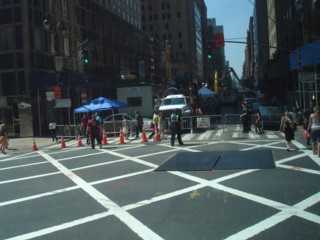 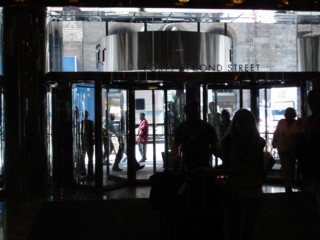 There was an explosion here only just a few days before we left for our cruise where a steam problem caused the road to blow up and it pretty bad. The first photo is a shot from the entrance to our hotel and where the explosion was. Yep, it’s just right outside. Hopefully there won’t be any more problems. The next photo is of Adam and Allison working their way into the lobby of our hotel, the Hyatt and Grand Central.

Our room was smaller than we expected and our view wasn’t very good so we complained a bit and they said they would try and upgrade us tomorrow. 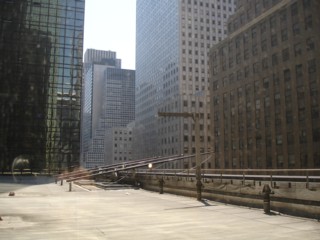 The view from our hotel room. Blah.

After we settled in and relaxed for a little while we all got together and ate lunch at a pizza place nearby. It was very good! From there we took a subway to Central Park. This was very exciting as some of us had not  been on a subway before! 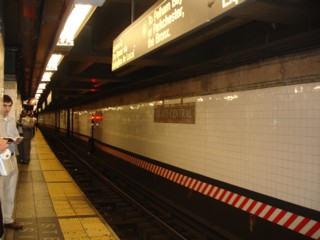 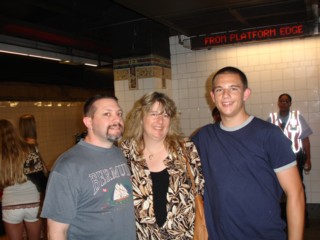 Us at the subway. The locals thought we were crazy. They are right.

After we got out of the subway near Central Park we walked through that, through the zoo, and on to 5th Avenue as we worked out way back to the hotel. 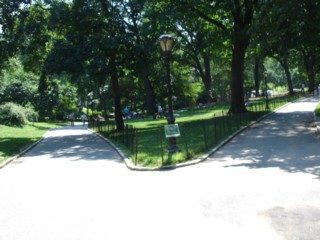 Walking through Central ark. It was very nice.

We saw all sorts of famous buildings during our walk back – we hope to go back and visit them during our trip. 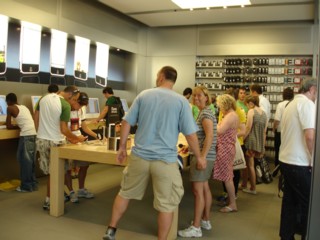 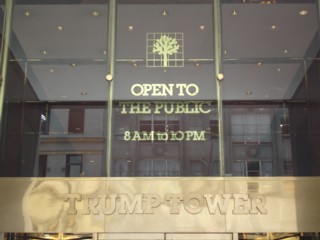 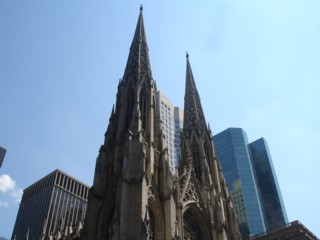 The Trump Tower and the St. Patrick’s Cathedral.

After that long walk we went back to our room to shower and then we met for dinner which we had right there at Grand Central station. 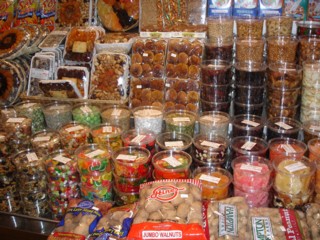 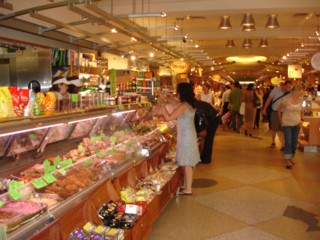 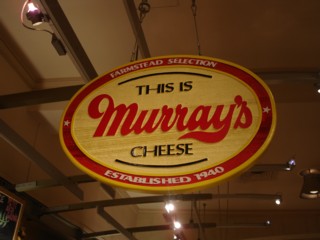 There was all sorts of things to see and shop for at the Grand Central shops. The food selection was amazing. We finally found some food and found some tables in which to have dinner. Our dinners were “OK” but nothing special. Perhaps we chose wrong or we were so used to “Cruise Food.” We miss Murray!

Then we decided to visit the Empire State Building. It was very expensive and it took over 2 hours just to get up there, and then another 40 minutes to get back down. Sheesh! 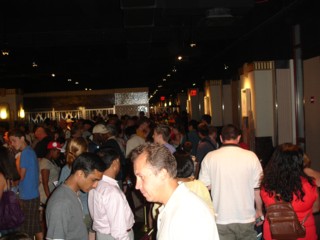 The line to go up into the Empire State Building. It was about $18 a person as well. 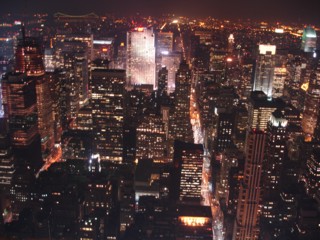 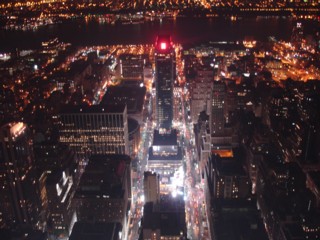 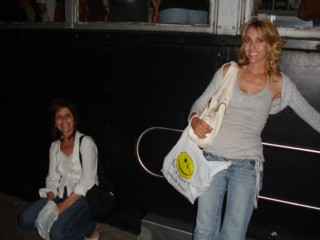 We did snap some nice photos while we were up there. On the bottom is Cheryl and Bonnie relaxing and enjoying the view. It really was beautiful. 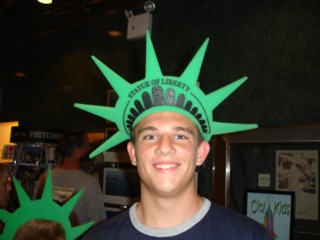 That was plenty of walking for today and it was already very late so we took taxis back to the hotel. Tomorrow we are supposed to get rental cars and go see Brooklyn and where Cheryl, Art and Sylvia used to live. It should be nice trip down memory lane.. If we don’t get too lost!