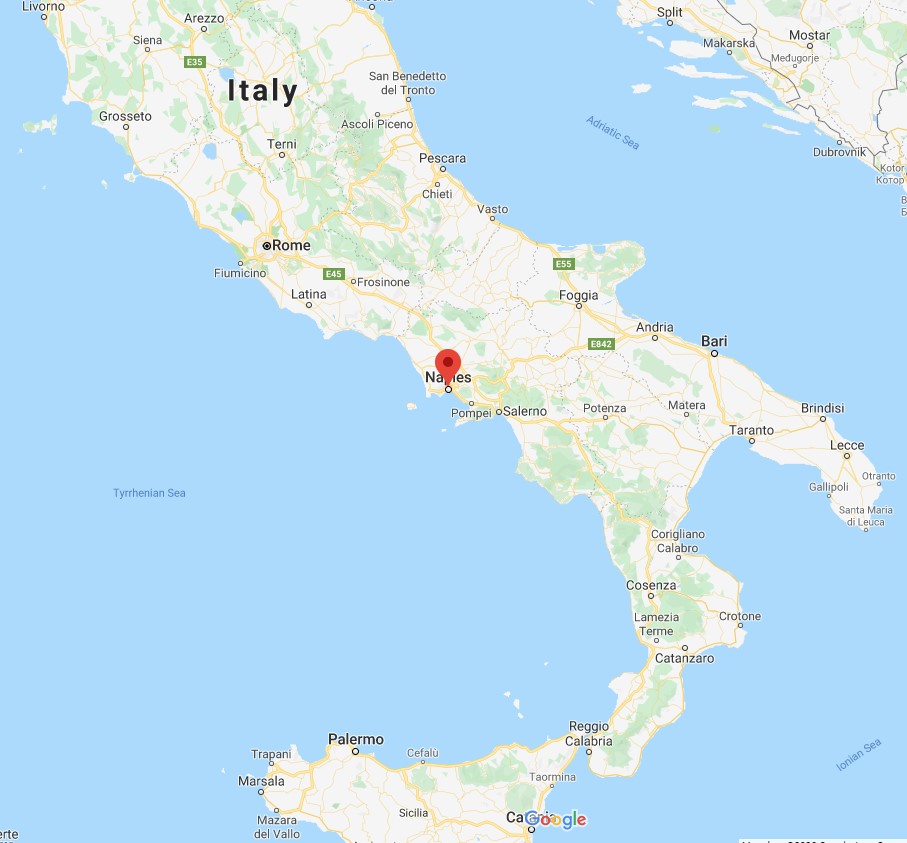 We had an early tour today – Drive the Amalfi Coast and then to Pompeii.  Art, Cheryl, Murray, Adam and Susan went on this tour, and Bonnie and Steve had arranged to hire a driver for the day.

Our first stop was the Lemonchello factory and on the way we saw Bonnie and Steve pulled over at a scenic turn-out, chatting with their driver.

After we visited the factory, we embarked on a very twisty, turning, harrowing drive along the Amalfi coast, that was just breathtaking.  There were many areas where the road was too narrow for our tour-bus and other cars to go at the same time, so we had to coordinate with other drivers who would wait, or back-up. Or pull to the side so the other could pass.

Getting ready to head through to the Amalfi coast and Positano – little did we know that this road was going to look very wide compared to where were were about to be!

A lot of the roads and bridges looked like this – a bit scary but very interesting and historic too!

Our first glimpse of the legendary Amalfi Coast!

So crowded and such thin roads!

But it’s easy to see why everyone wanted to see this area!

We saw a few of these miniature villages along the way – we were told that they are nativity scenes that get very elaborate and are lit up at night.

Along the way, we stopped in Positano – which was a very lovely town.  We had lunch at a local hotel (caniloni, chicken Parmesan and a yummy vanilla cake) – then it was back to the twisty turning road to take in more of the beauty and history of the area.  Our guide, Kareem was funny and entertaining, and our driver was amazing.

We saw an adorable newly wed couple getting photos done in Positano.

We got a kick out of this – there was a traffic signal in this walkway – which tipped us off it was actually a street. They only let traffic through one-way – and it seemed like a long signal.

Cheryl and some of the typical wares that were available. We purchased some soaps – they smelled so good!

Murray and this lovely iron door.

The lovely courtyard where we had lunch.

Outside of where we had lunch 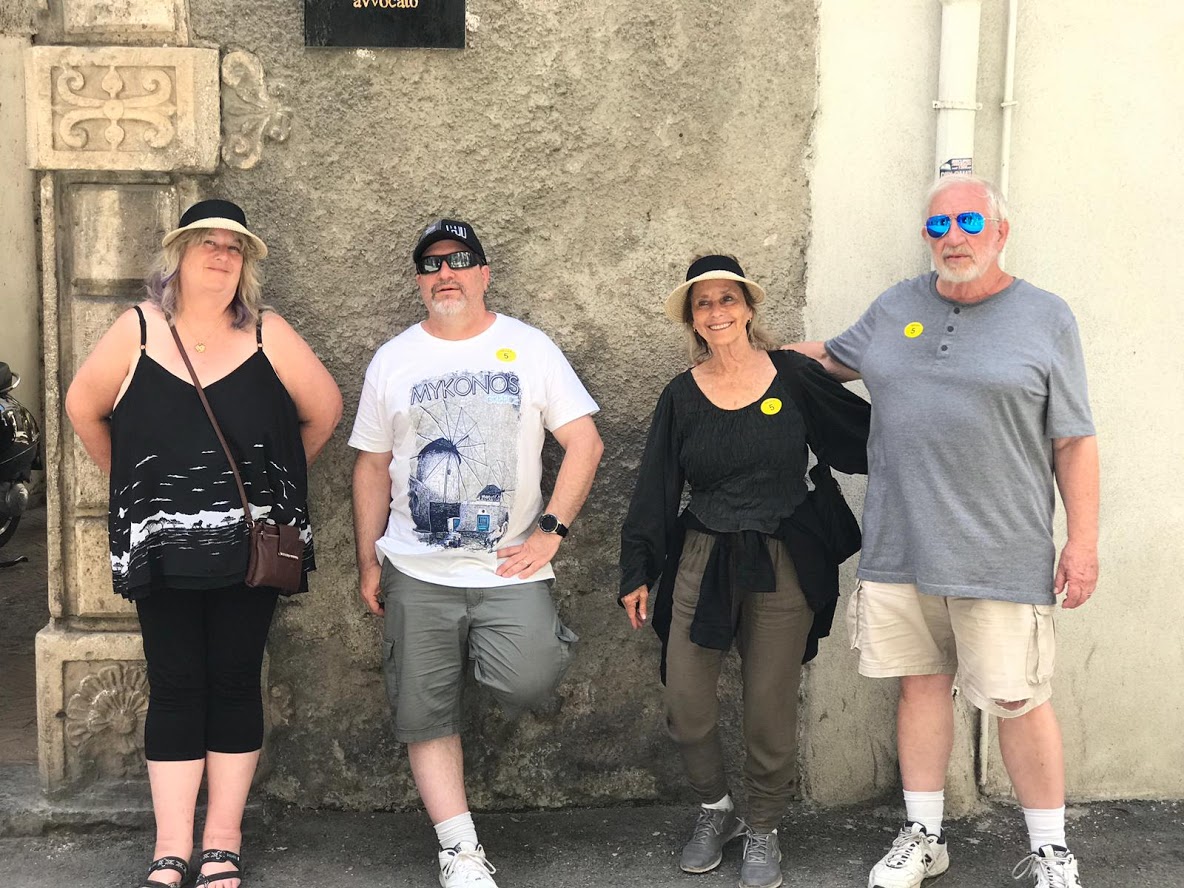 Adam and his mom

After we left the coastal area, we went to the ruins of Pompeii, where out guide took us on a guided tour of the highlights of this tragic city.  It was very hot and humid but we found it to be interesting to view the various features of this ancient but modern city.

Before we entered the ruins – we spent a little time looking around at some shops.

One of the ovens used thousands of years ago – so interesting to walk among these ruins and imagine what life must have been like. 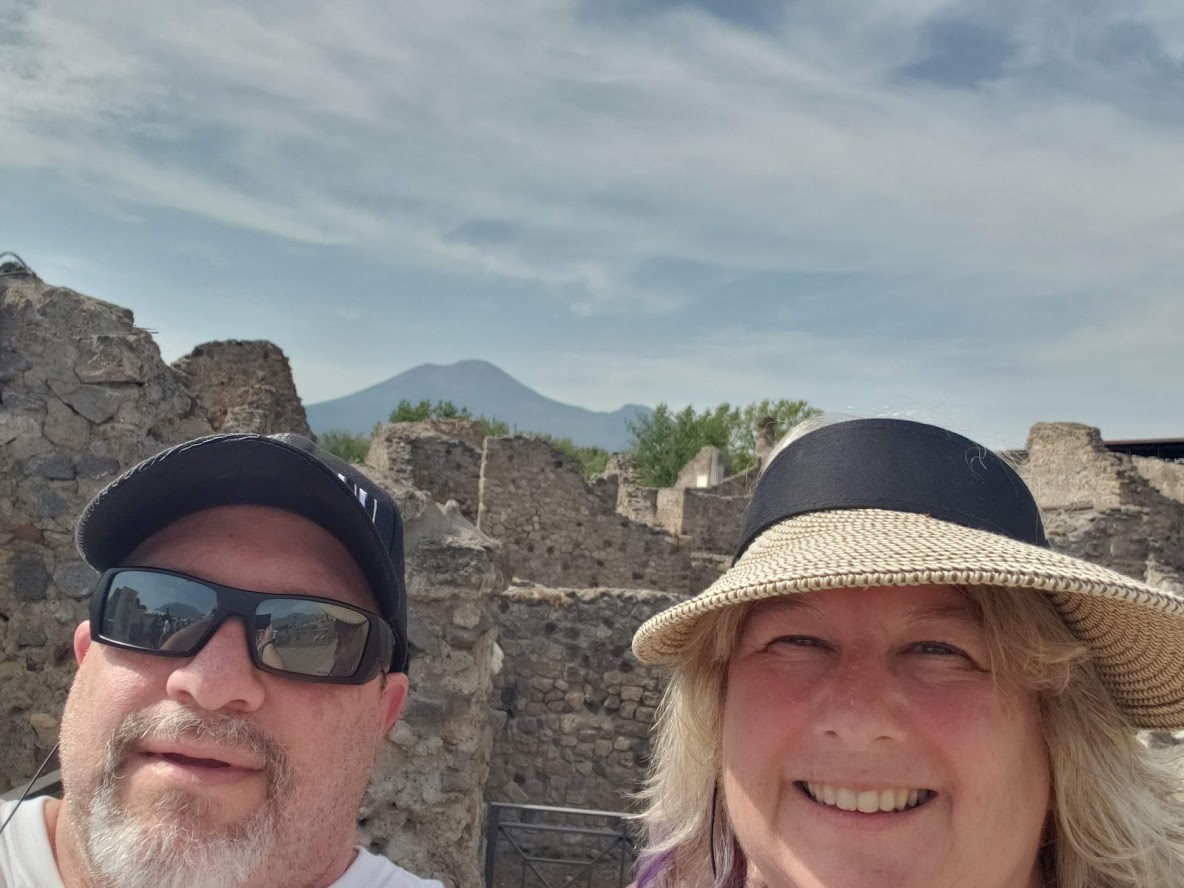 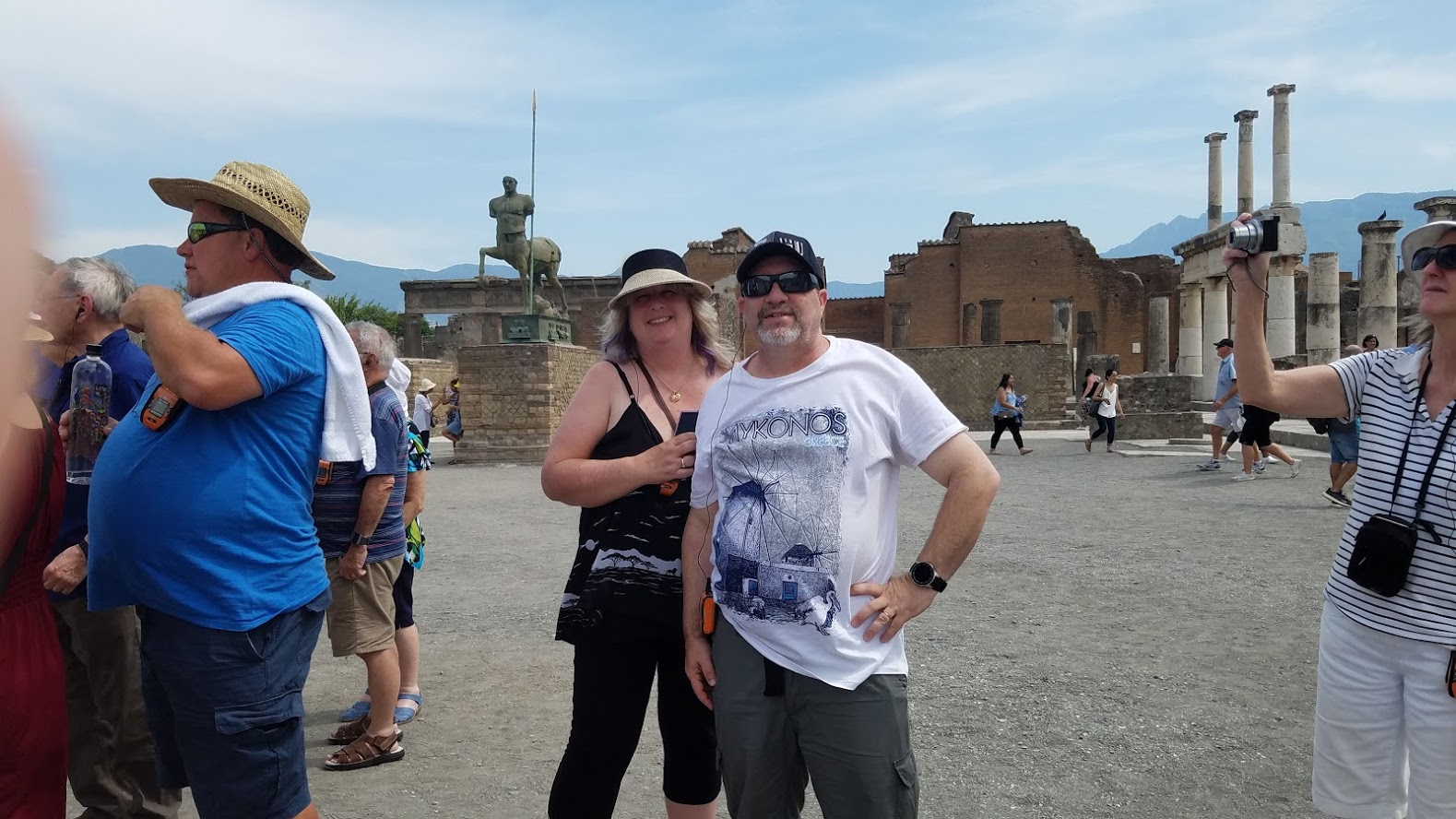 Many of the artifacts they have recovered.

You can still see the remnants of the murals that were painted on these walls.

More of the artifacts, and one of the famous castings of a victim of the volcano

Our interesting guide – told us so much about the people who lived here – and the clever design of the city.

Our guide pointed out some of the clever designs such as their drainage systems, their restaurants and bakeries and the home sites. On the way out, he had to yell at a tourist who had climbed up on some of the stonework – to take a photo.  Then it was back to the ship where we met for dinner and shard stories of the day.  Bonnie and Steve ended up taking a boat to Capri and they seemed to really love the area too. 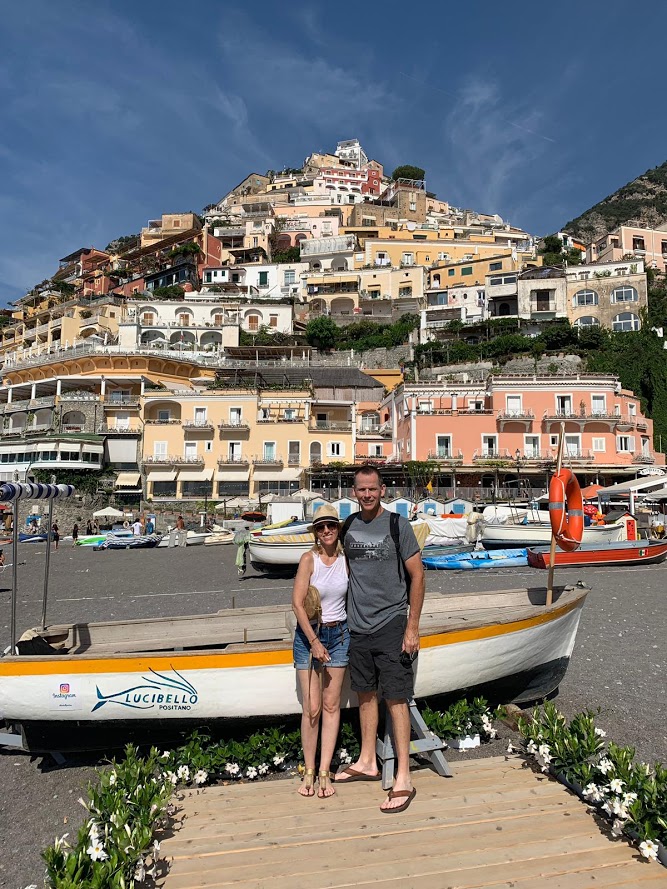 Then we saw a fun musician – Greg London – and since we were all tired from our long days, we called it a night.

Next: Our last day at Sea