Achilleion is a palace built in Gastouri on the Island of Corfu for the Empress Elisabeth of Austria, also known as Sisi, after a suggestion by the Austrian consul Alexander von Warsberg. 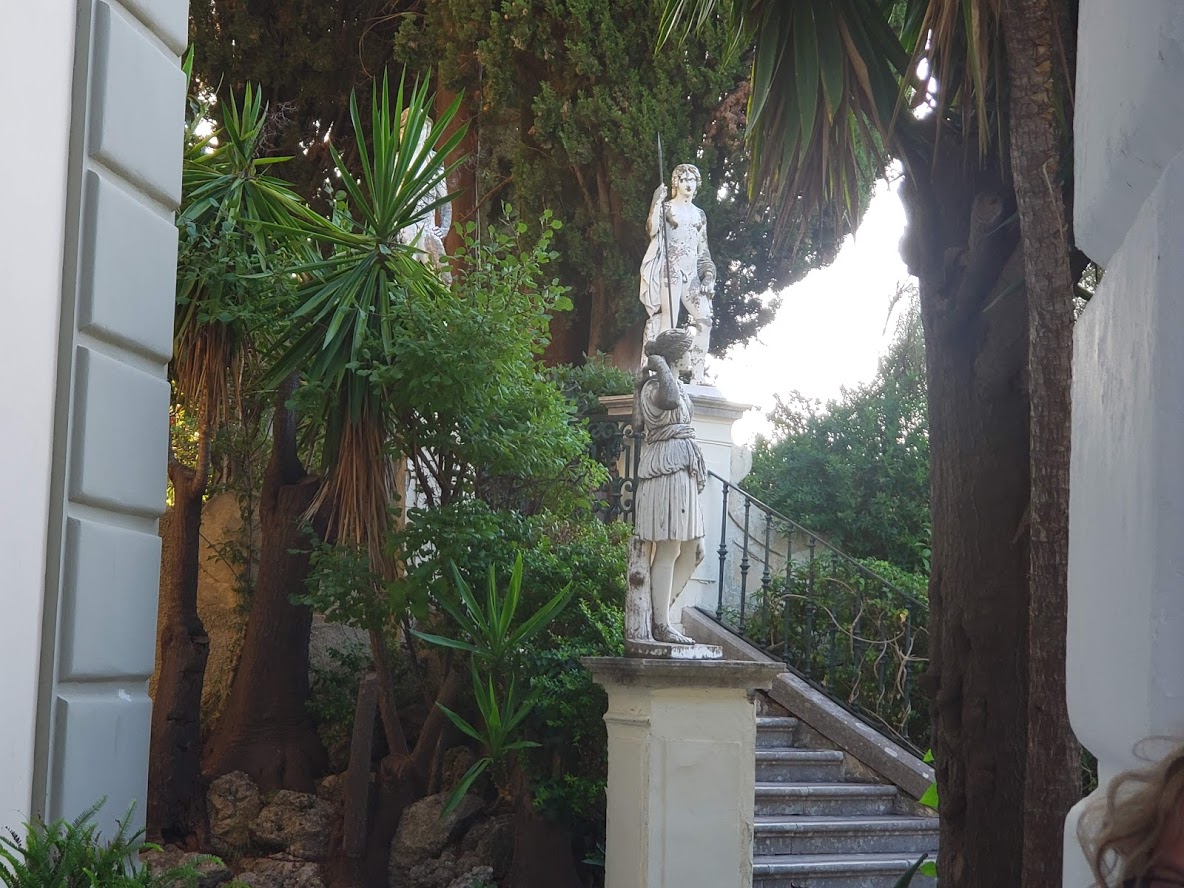 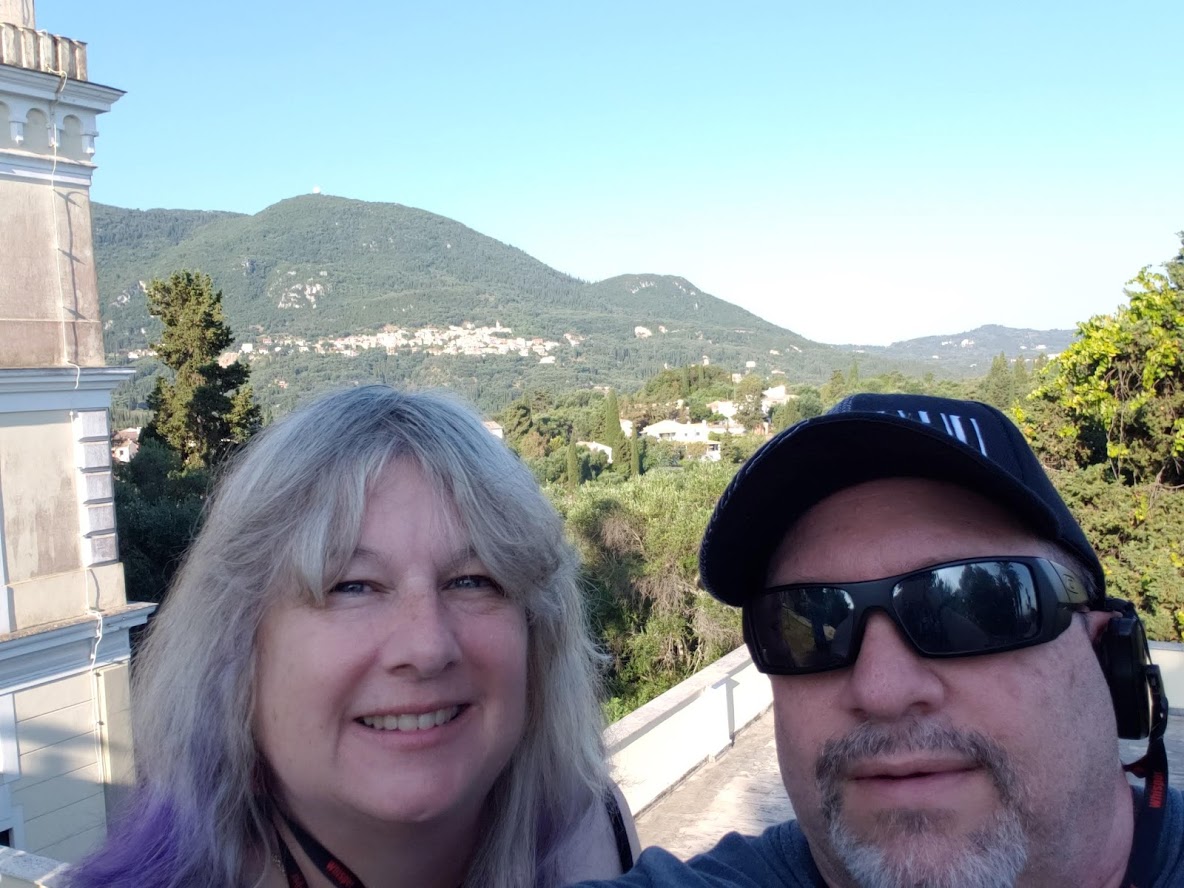 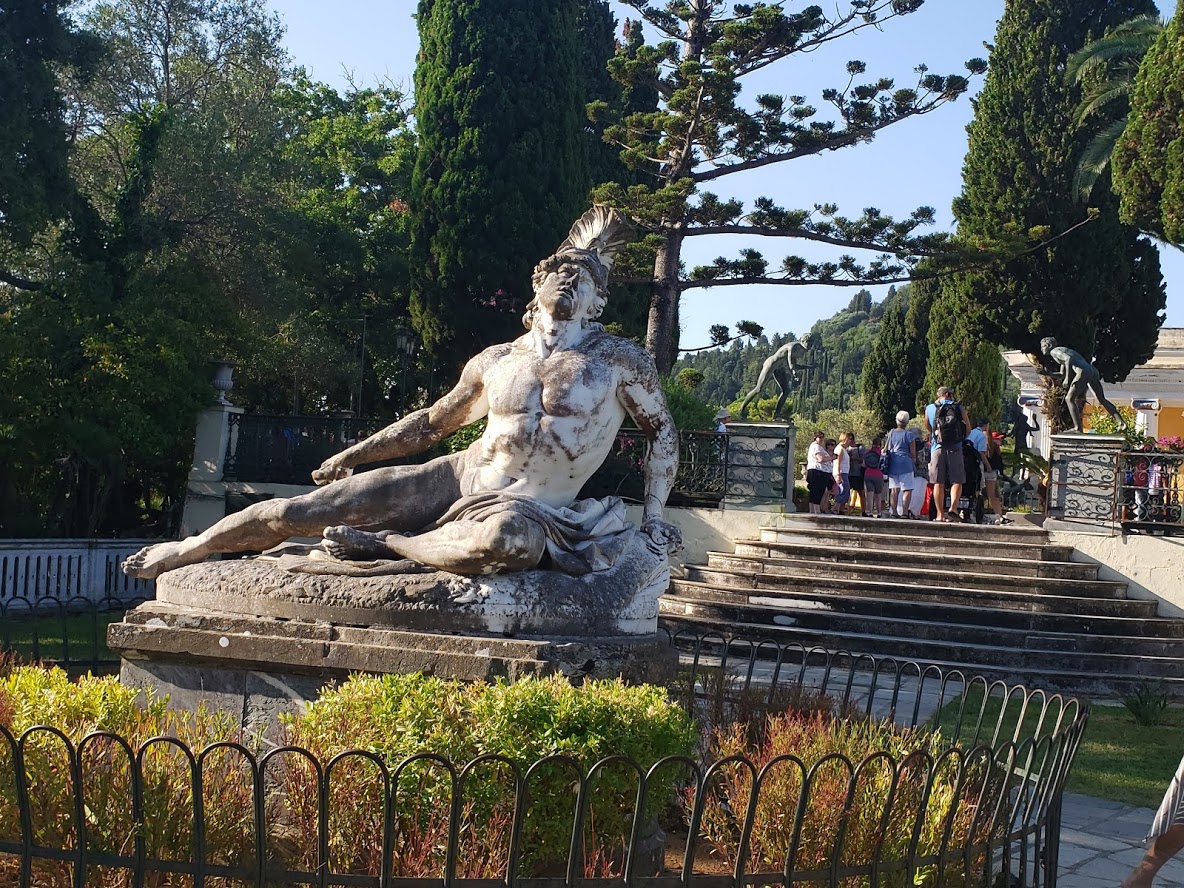 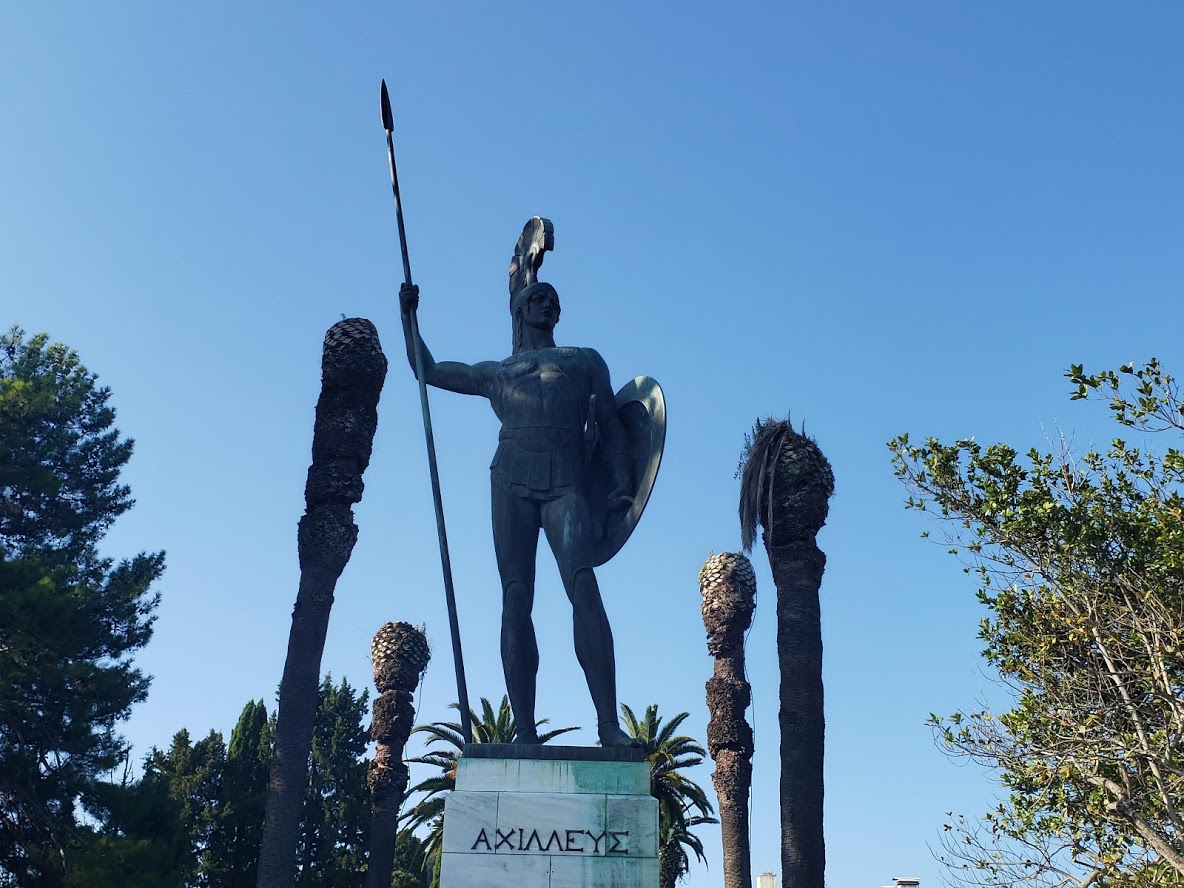 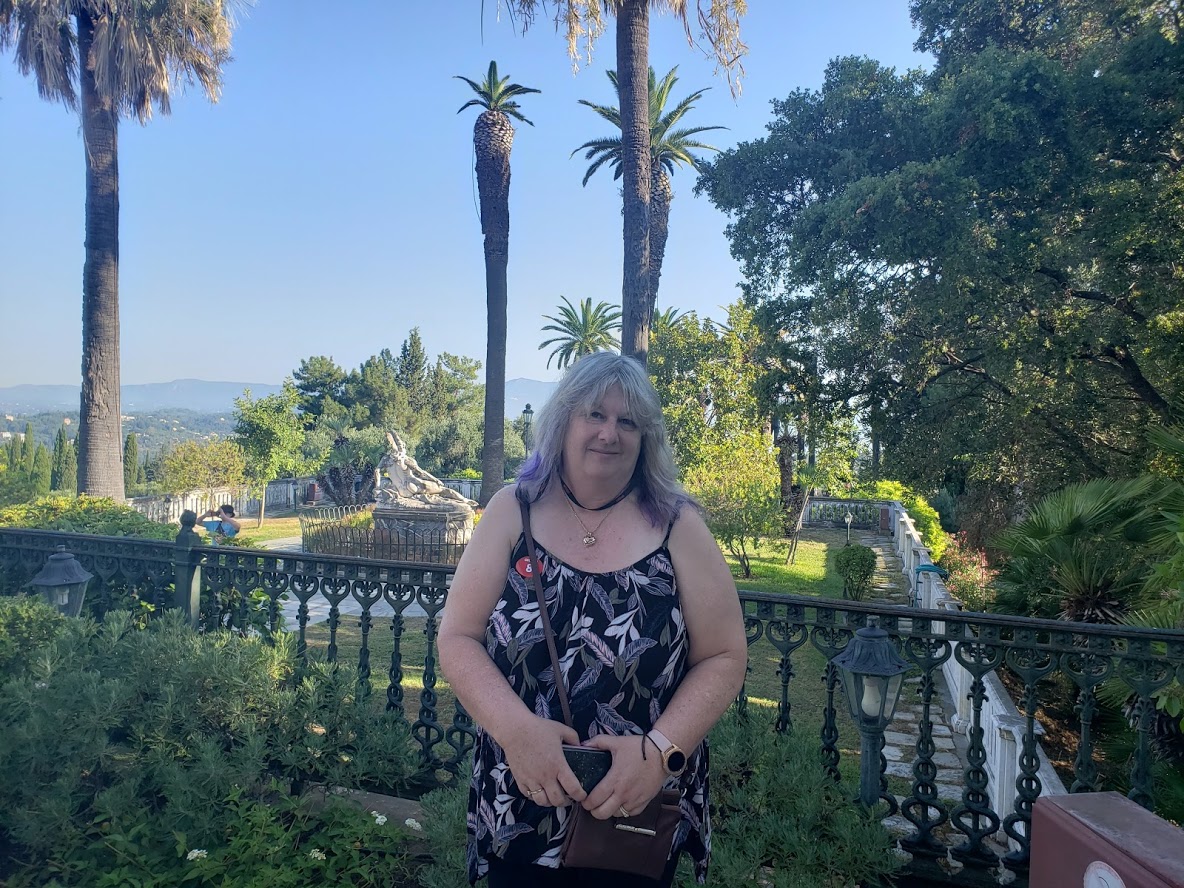 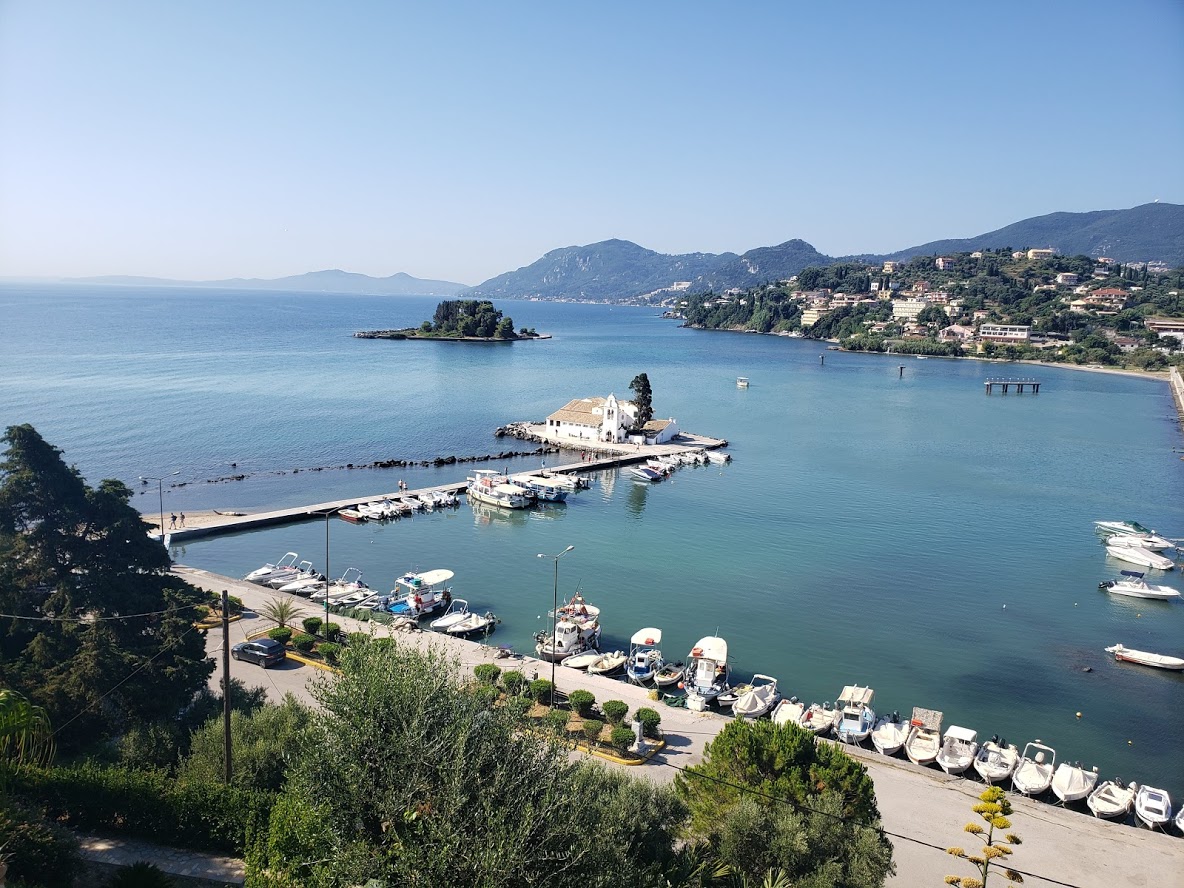 It was interesting and educational – the town was crowded and hot – after our tours, we had ‘refreshments’ (which consisted of a choice between two types of soda) at a waterfront café and headed back for the ship.

One thing we noticed as Californians – was this buzzing sound wherever we went – and we learned it was Cicada (bugs) making that racket!  We were told by locals that they buzz like that when it’s hot, but I read online that it’s a mating call. Here’s a video I took – that captured the sound:

The final auction of the cruise took place, then we didn’t have dinner as a group – Art, Adam, Murray and I (Susan) ate at the buffet and Cheryl, Bonnie and Steve ate in the dining room.

It was formal night.  We saw the production show “Blame it on the boogie.”  Susan had some fun in the casino.

Eek! That’s where we’re going next (but there wasn’t any damage that we noticed)