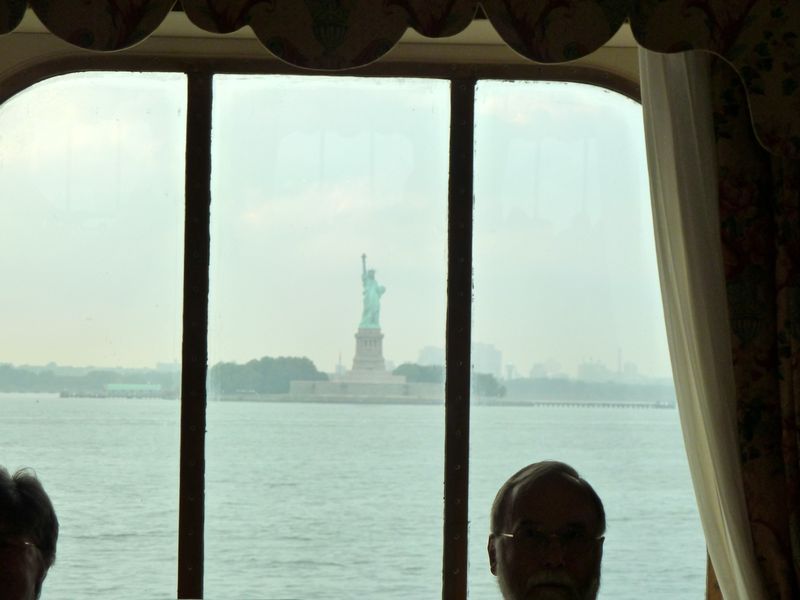 Whew, been a hectic couple of days…felt like one long (long long long) day. We got up Monday morning with the dogs usual 5am “Wake up we wanna go outside!” and apart from falling asleep on the plane for a while, and taking a short nap this afternoon…have been pretty much non-stop ever since. 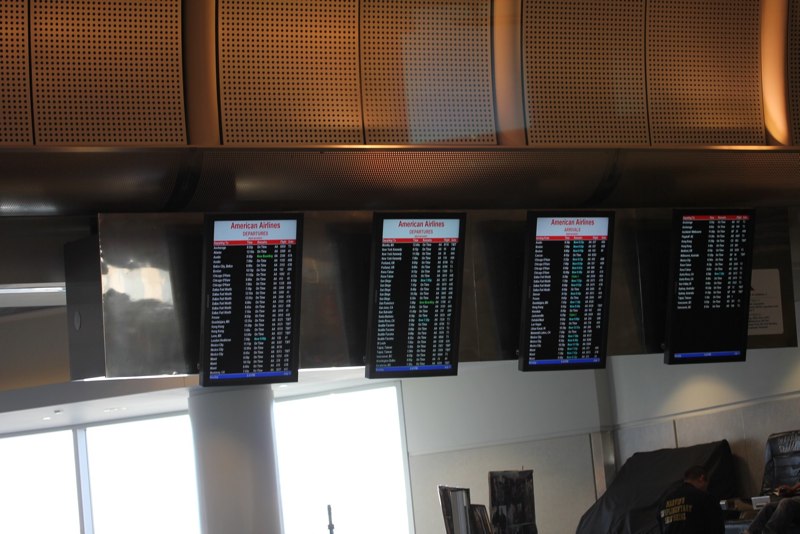 The departure board at LAX. Isn’t that exciting?? =)

Art took us to the airport Monday evening (Thank you Art! Hope the traffic wasn’t too terrible on the way home). And since we like to make sure we give ourselves plenty of lead-time in case of unforeseen circumstances, we had quite a bit of time on our hands before the flight…and the flight was pretty long too. 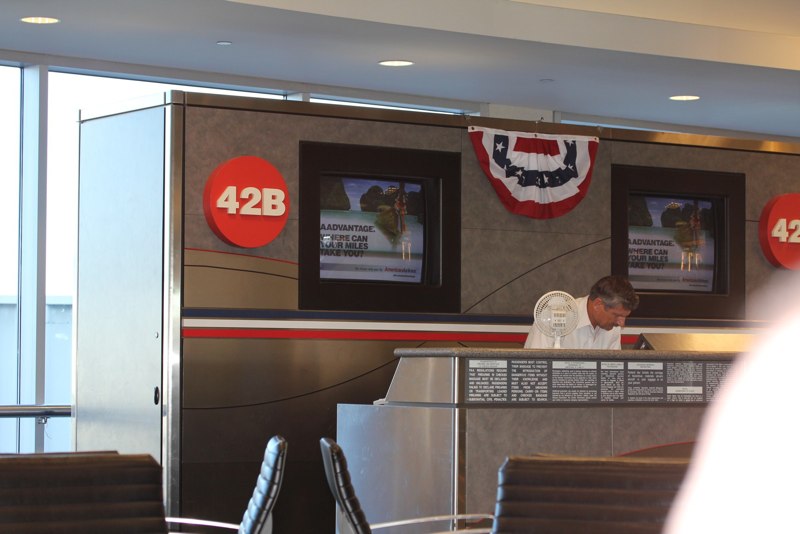 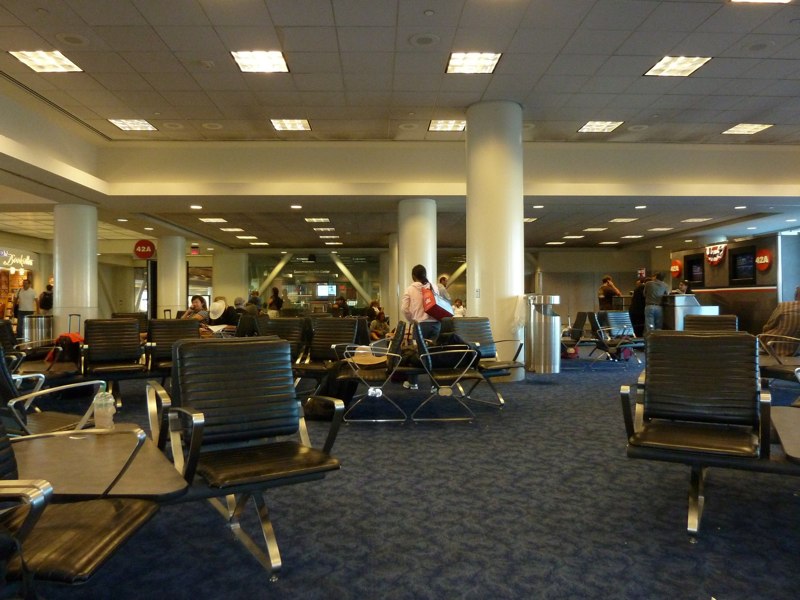 More photos from the terminal 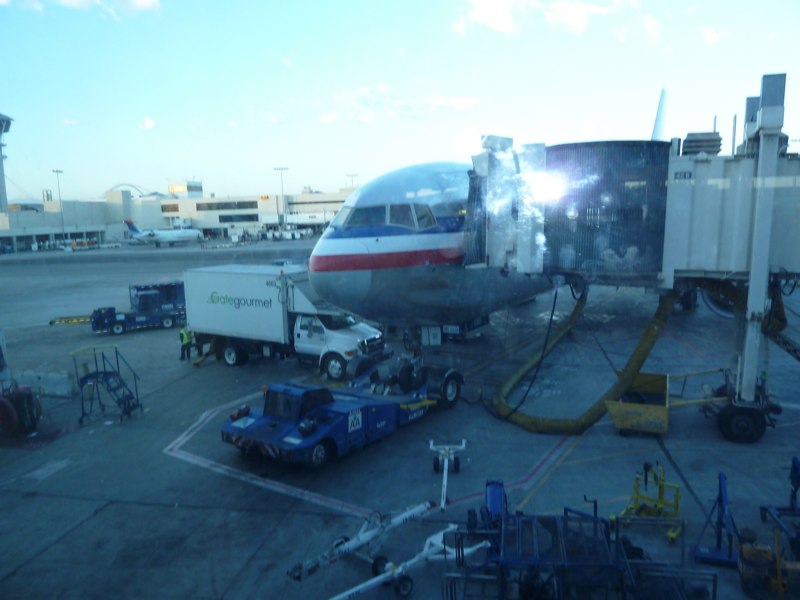 Hey, is that our plane?

We dozed several times off and on…but didn’t get any real sleep.  We arrived at around 5:30 in the morning and were told the Princess shuttle wouldn’t be around until 9:30ish. So we sat around in the airport for 4 hours. 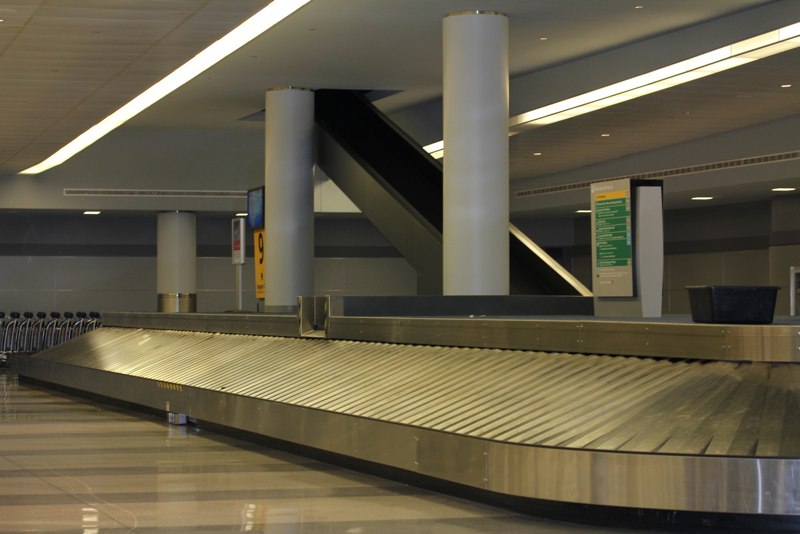 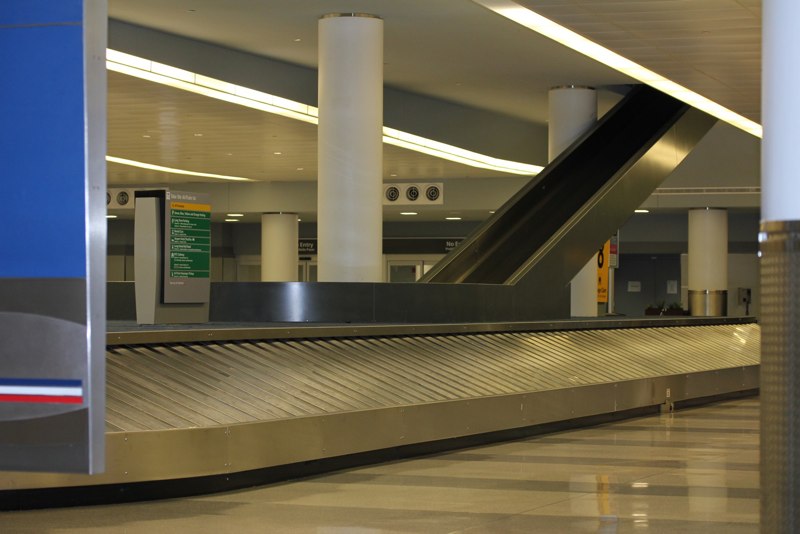 Interesting geometry of the baggage claim

Finally it was time for our trip bus trip to the cruise terminal! 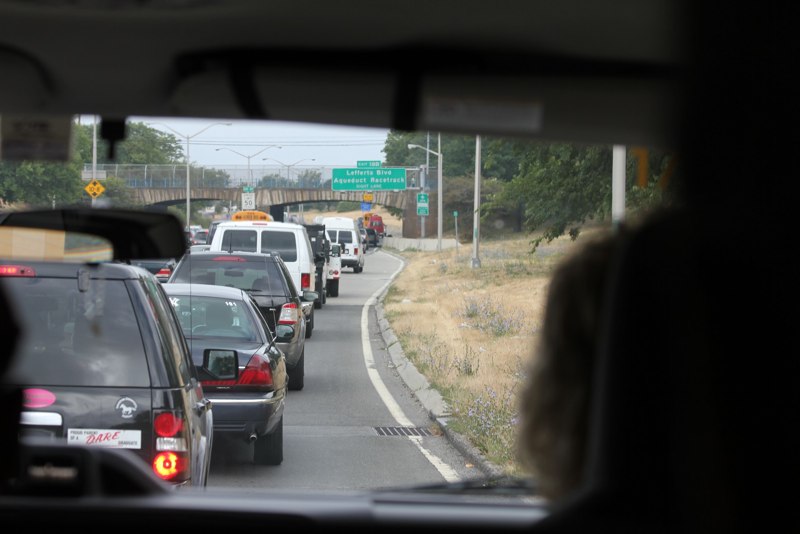 On our way to the harbor – NY has traffic as bad as L.A. 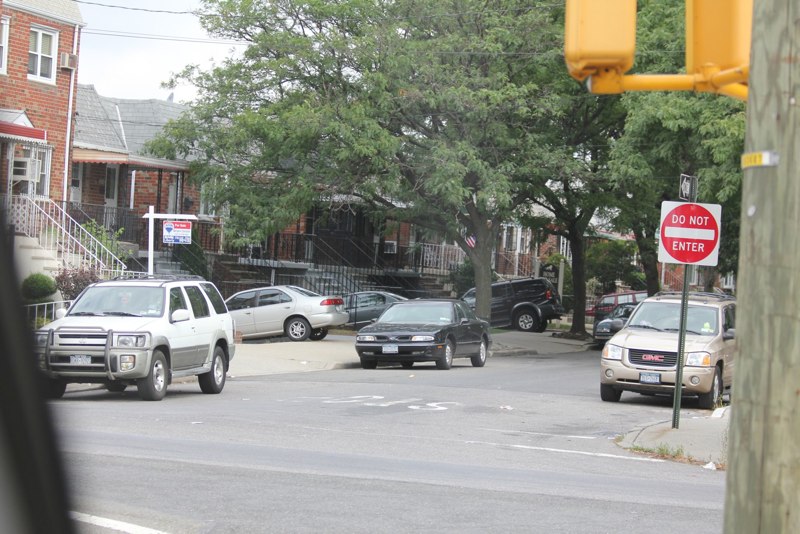 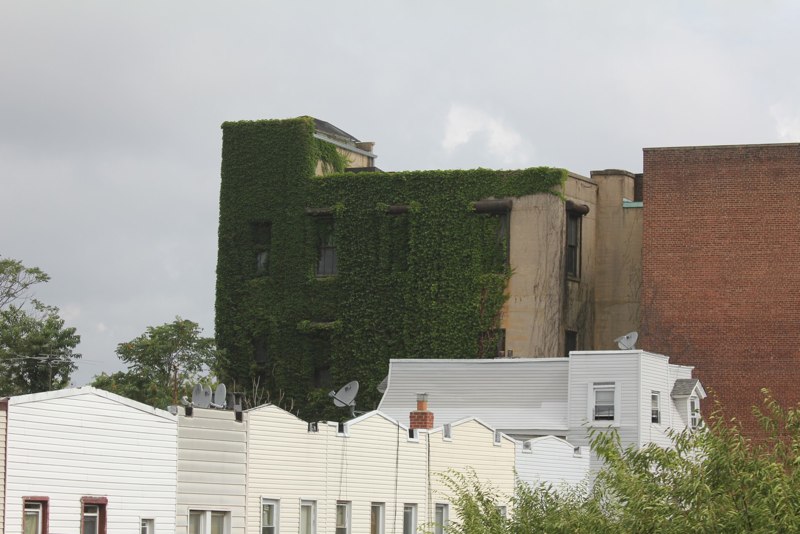 Building being consumed by ivy… thought it was interesting

At long last we arrived at the cruise terminal around 11 and checked in.  To our happy surprise, they let us get on the ship much earlier than expected so we headed straight to our room for a long needed nap…oops…the room wasn’t ready…Darn!  The Steward asked us to come back in about 30 mins so we headed up to the Buffet and had lunch.  Then we headed to the room and took a nap.  As we tried to take a nap the Captain was over-the-moon excited about some coast guard inspection the crew passed with 100% success and kept making announcements about it. Then the luggage would come one piece at a time with a bang on the door. We gave up trying to sleep.

The ship was late shipping out…apparently incoming flights were delayed quite a bit due to weather, so many of the passengers were very late getting to the ship.  We took a quick tour.

Finally onboard the ship.. this is the deck area and the pool 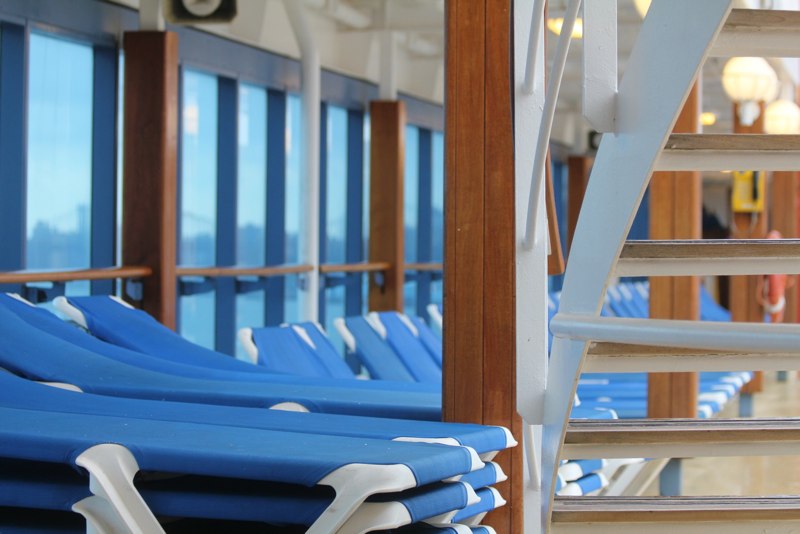 More deck photos.. It was starting to rain 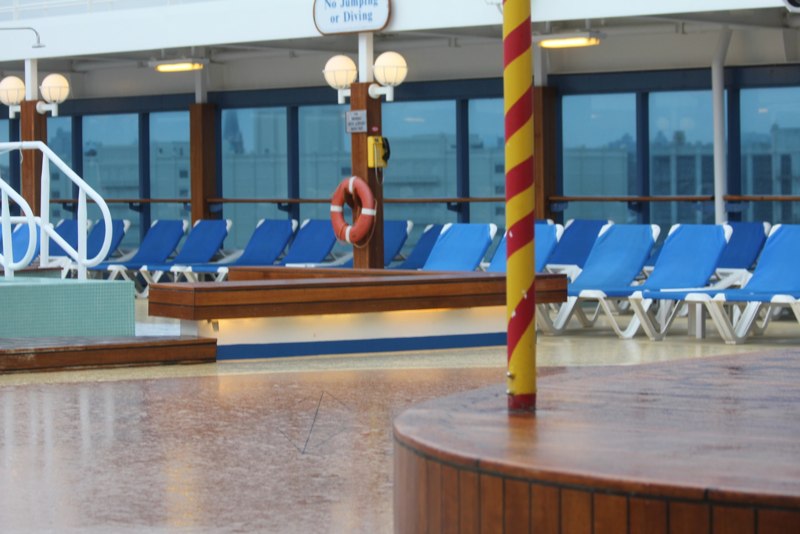 We were supposed to depart around 5pm…but we ended up departing closer to 6:30. 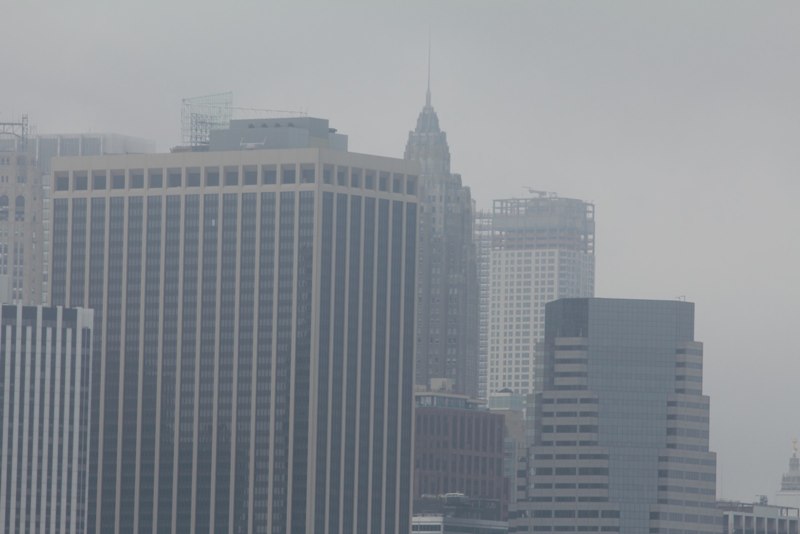 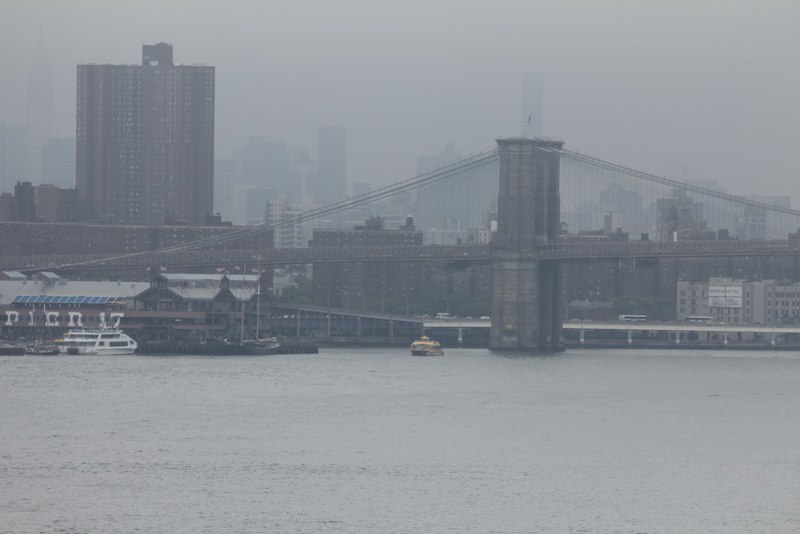 (Brooklyn?) Bridge we could see from the ship. 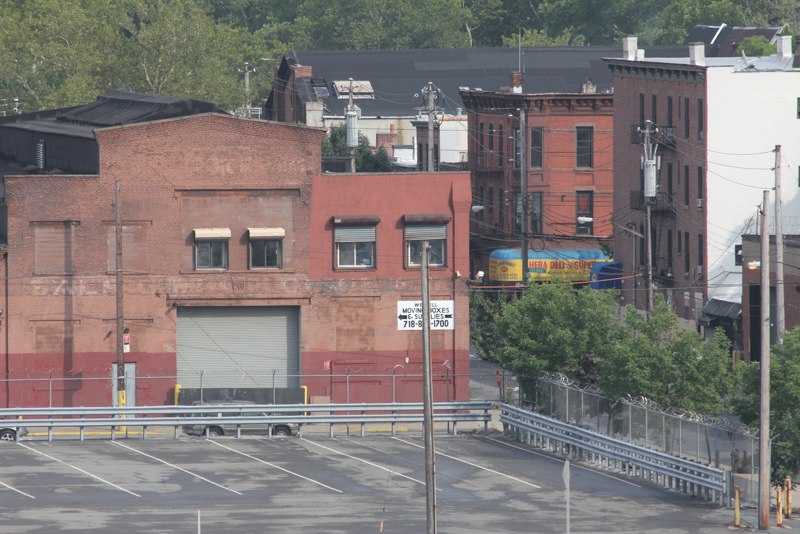 Interesting buildings near the dock 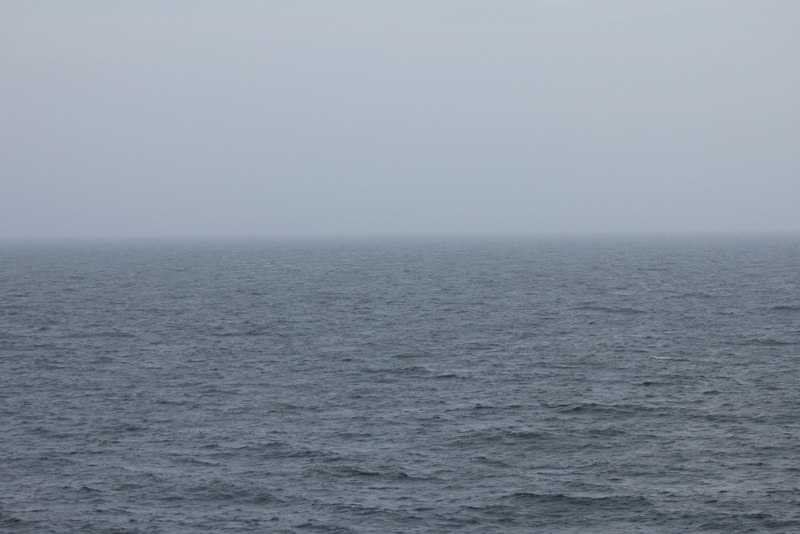 Finally on the way..

We had our first dinner on board, and met Romeo our dinner-steward (is that what he’s called?) and he is from the Philipines.  Very nice fellow. He told us he will be away from his family for 10 months while he works on the ship, but the ship actually goes to Manila around the holidays so he’ll get to see his kids then. Unfortunately during dinner we passed the statue of liberty so we didn’t get any good photos (At the top of the page was the best we could get) but.. I’m sure we’ll get another shot one day.

After dinner, we had a ‘welcome aboard’ show with a really um…interesting comic…(we didn’t care for him) and now we’re getting ready to get some long needed sleep. 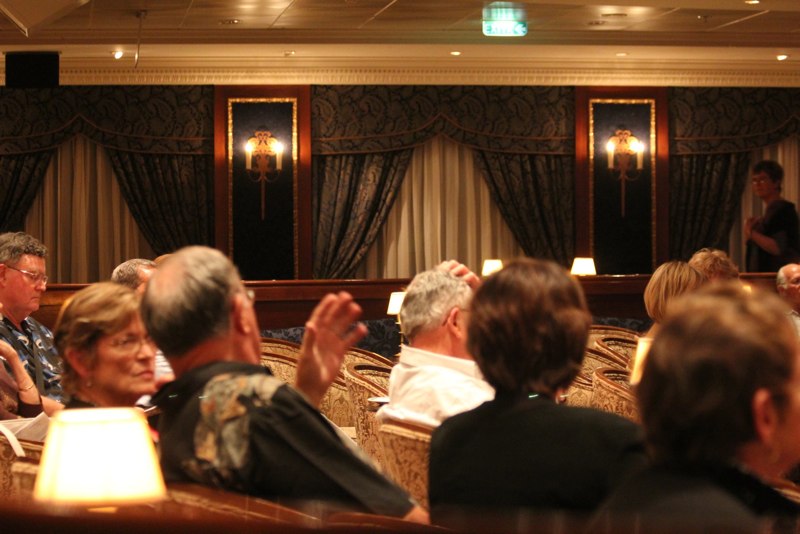 At the “Welcome Aboard” show

In the photo page, I’ve uploaded some of my creative photography while we were waiting waiting waiting today… once underway it was dark, so not a lot of actual cruise photos yet…starting tomorrow!