Guess what? We are getting up early again! Not much relaxing on our relaxing getaway eh? We are just trying to make the most of it. We are to be picked up this morning by Maui Mountain Riders and we are to bike down 36 miles of the Haleakala volcano! 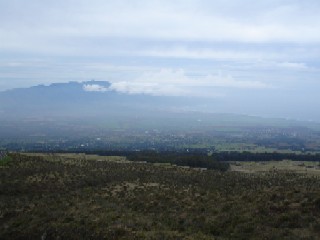 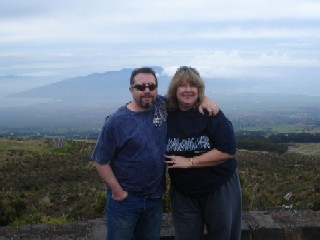 Here we are about half way up the volcano at a lookout overlooking Maui. 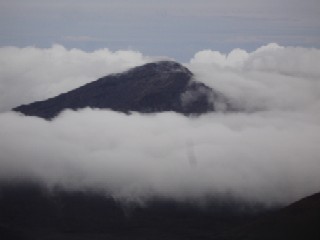 At the top this is a peek inside the volcano crater. It was pretty cloudy but we still got a good look at it. Mostly red dirt and it looked somewhat like the surface of Mars in there.

Down we went! It was pretty cold at first but we were given gloves and helmets and windbreakers to make it easier for us. Unfortunately we don’t have any pictures of us “in motion” because we were busy riding! About half way down we stopped for a lunch break. 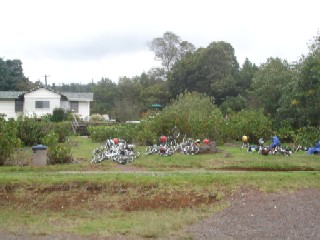 Those are our bikes plopped rather haphazardly on the grass. This area had all sorts of neat looking plants. 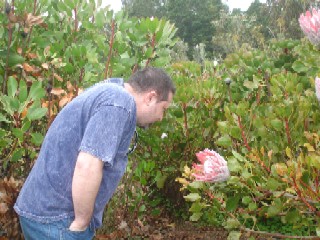 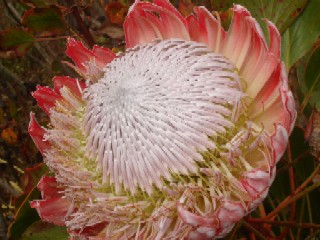 Adam checking on this odd plant. Hopefully it doesn’t shoot spores out at him! 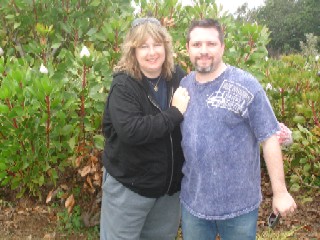 There’s Susan and Adam posing with the spore plants. 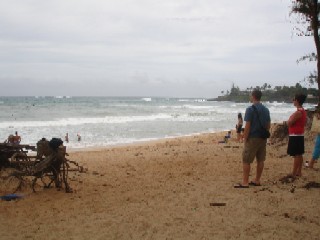 When the ride was over we arrived at this beach near Paia. This tour was lots and lots of fun and although it doesn’t sound like it would take much time the whole thing took most of the day. We started at 7:15 and didn’t get back to the hotel until around 2:30. The volcano was about 2 hours away from our hotel so with 4 hours of driving (we didn’t drive – we were driven by the tour company) the riding downhill including stopping for lunch lasted about 2.5 hours. It was great! In case you are wondering and were paying attention on day 2 – this is the event that Adam won the 2 for 1 prize for!

After that we went back to the hotel to shower and relax a bit. Then we decided to go exploring the northern part of the island a bit more. We read in a book we had that there was a neat blowhole in the lava so we went to check it out. 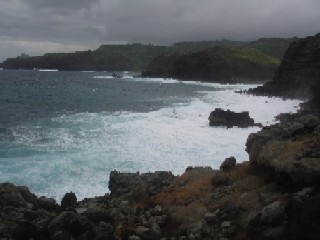 The first photo is a shot just to the right of the blowhole – beautiful! The second photo is the rocks getting splashed by the rough surf. This is the same place the blowhole is but while the blowhole was doing it’s thing these rocks were getting pounded and throwing all sorts of water and mist into the air. It was incredible. 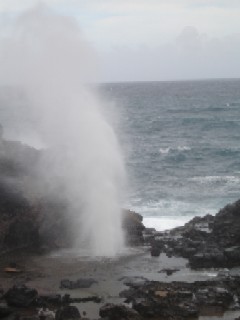 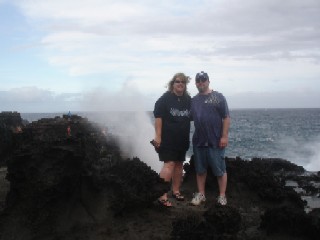 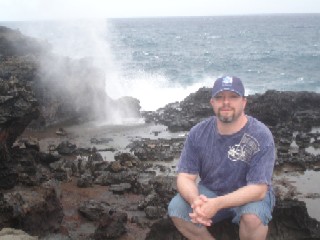 There she blows! It was a bit tricky getting down to where this was going off but once we got down there we sure were glad we did. 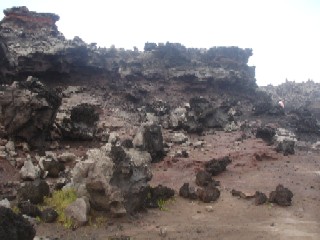 This is some of the lava rock we had to climb across to get to where the blowhole was. It looked sort of creepy. Fortunately this lava has been here for quite a while and was pretty stable to step on so we made our way with little difficulty.

It was starting to get a bit late so we decided to go back to Bubba-Gumps for dinner. We were told when we ate there a few days ago to try the ribs, but we wanted to try the shrimp because after all it was Bubba-Gumps! But after being told by a few people to try the ribs we went back and tried them. 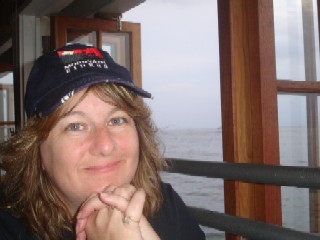 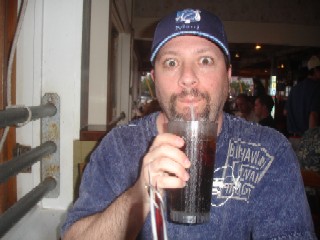 They were excellent! Probably the best ribs we have ever had (except yours – Mom!). Highly recommended!

After that we looked around in some of the stores in downtown Lahaina a bit and then went back to the hotel. We unfortunately have to start preparing to leave tomorrow and I have to work on.. what you are reading now while it is all still fresh in our brain.

We had an excellent day today! Looking forward to tomorrow even though it is our last day. We plan to get up a bit early and do some last minute Maui exploring.

Continue on to Day 6