We had a very early tour this morning as our time here in Napier is short! We get in at 7 and leave at 1:30. Well.. at least that’s what we were supposed to do but when we got up it was cold, rainy, and so windy it was tough to even step outside to take this photo! 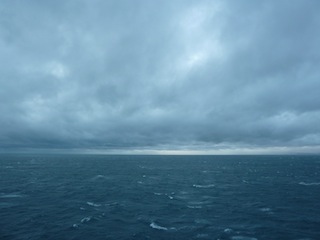 So the Captain got on and said that he wasn’t going to try to dock the ship with the wind being what it was but he’d go up and down the harbor really slow to see if weather conditions improve and if not he said we’d need to cancel the stop at this port. 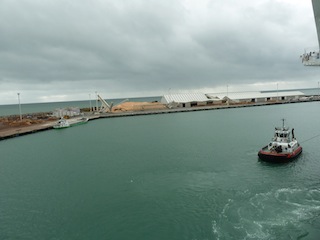 Fortunately the winds did die down and we were able to dock and get on our tour only about 30 minutes later than scheduled. The Captain changed our departure time to 2:30. Yay!

So we got on our tour bus and it looked like this. 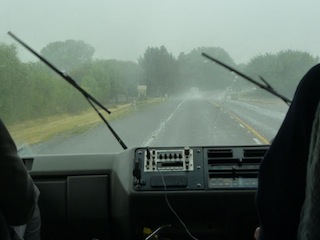 We haven’t had much luck this trip with the weather! Hopefully it gets better in our next two ports!

We drove a little while until we got to a little gift shop. 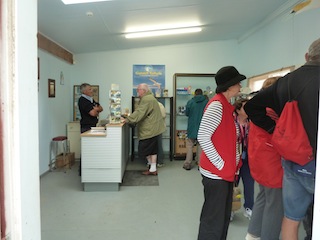 There wasn’t much to buy in here since we hadn’t even seen the Gannets yet. Oh perhaps I should mention our tour is to see the Gannets. They are some seabirds that nest here.

On the way to the Gannets we passed some beautiful scenery. 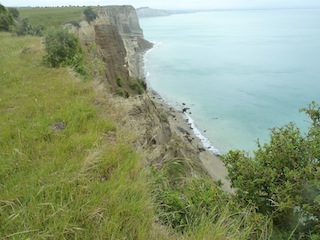 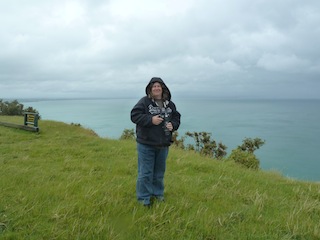 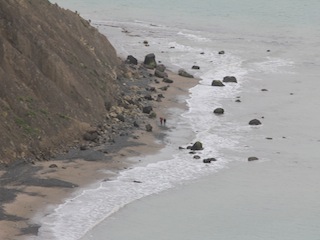 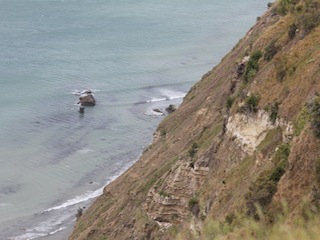 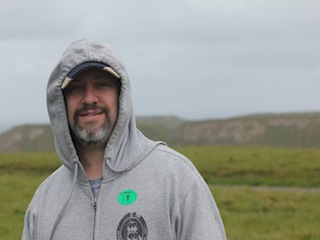 Finally we arrived at the Gannets! 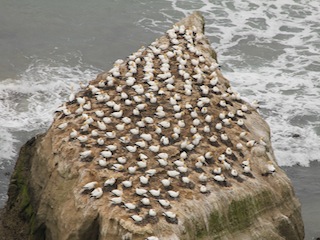 That’s just a photo of them on the rocks below. When we walked down the hill we were on just a bit there was a whole bunch of them! We were able to get up pretty close to them. 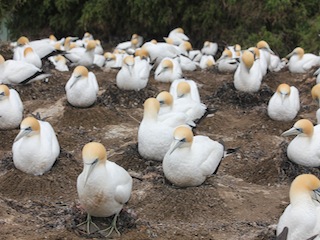 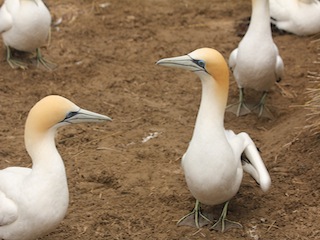 They are very protective of their eggs. Unfortunately one of the eggs was out in the open 🙁

When the Male or Female go out looking for food and return they rub they rub beaks and necks upon their return. It was really romantic. Awwww. 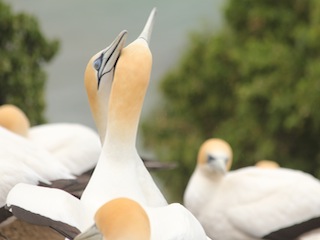 But sometimes a bird wandered into the others territory. These two were in a beak-lock fight! 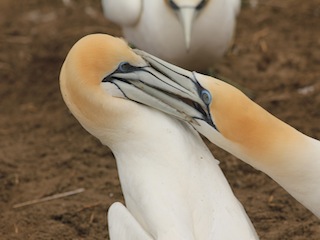 The broke it up after a minute or so and everyone was just fine.

Then we drove back to the gift-shop area and then to a house where they served us snacks. We walked around the area a bit it had lots of plants and flowers. 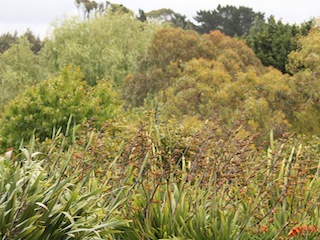 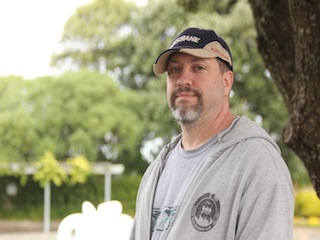 Aftwards we had a short drive through the town. 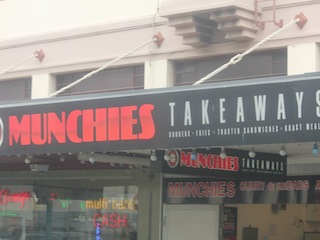 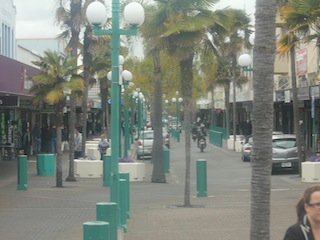 Susan saw a store she wanted to visit but we had only about 30 minutes until we had to be on the ship. So we jumped on the “Go” bus that took us to the main part of the town and we quickly ran to the store and took a quick peek and made it back just in time!

One interesting thing they had in all of New Zealand are these iSite stations. They are everywhere and they are for tourists as sort of a central place for getting maps, brochures, etc. A neat idea! 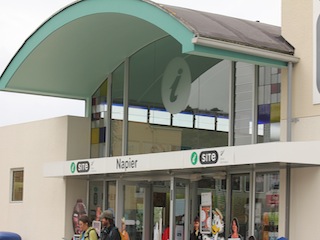 As we walked up the ramp to get back on the ship we saw these folks playing music for us. 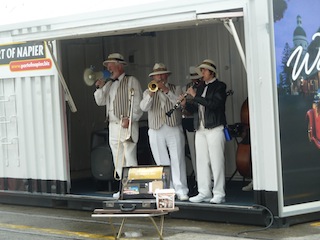 What was funny is that they were playing in a cargo container and I joked that when the ship leaves they lock them all in there and don’t open it up again until the next ship comes in. Susan said probably not.

Tomorrow we head to Tauranga and we are there all day. We hope for good weather and some shopping opportunities! 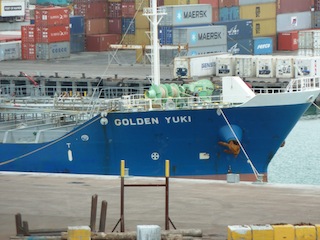