Had to get up early today to get ready for a day of Snorkeling at Molokini! We have to sign in by 7:45 and we are supposed to leave shortly after. 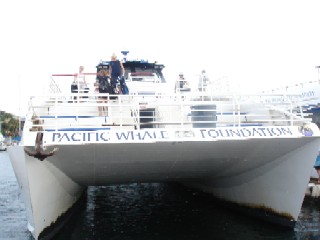 There’s our ship the Ocean Voyager! We are scheduled to go to Molokini and then to Lanai for snorkeling. Unfortunately the weather report doesn’t look very favorable for Lanai but we’ll see what happens. Hopefully we’ll see some whales, dolphins, or turtles on our way and we can stop and watch them. 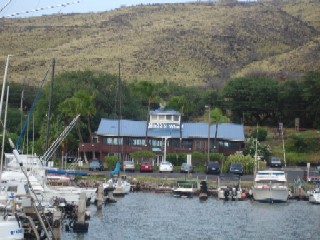 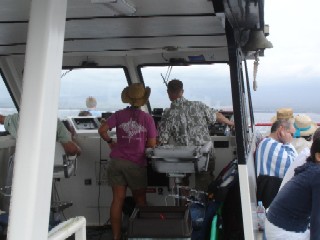 There we are pulling out of the port “Buzz’s warf” and on our way! After about 40 minutes we arrived at Molokini. It was a bit smaller than we were expecting and the water was a bit colder but we jumped right in and started snorkeling around. Under-water pictures coming soon. 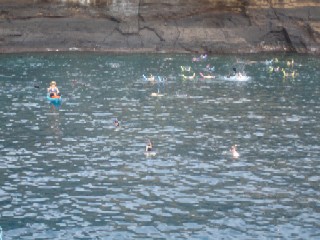 There’s Adam snorkeling. The water was a brisk 74 degrees or so. Even though the water was on the colder side once we got out there and swam around it was just fine. Visibility was really good and there was quite a few fish and coral to check out. It was amazing! 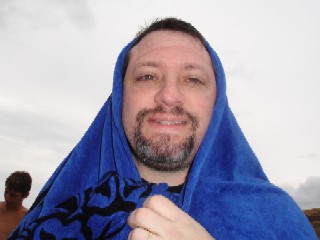 Adam has “mask face” after snorkeling around for about an hour. 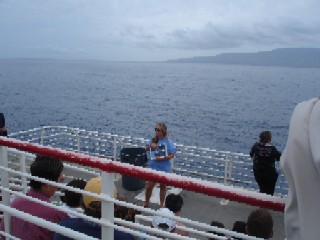 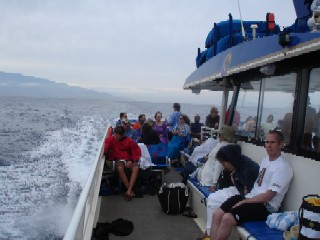 Here we are on our way to Lanai. Fortunately the weather was good enough for us to make the trip. On our way we were treated to a Mom and Baby calf humpback whales with the baby jumping out of the water and putting on a show for us. 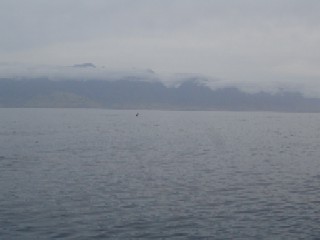 Impossible to make out in this picture but that’s a photo of the baby upside down still in the air ready to splash down. We were treated to dozens of sightings of whales and lots of good looks at them. Unfortunately it is hard to get a good photo. 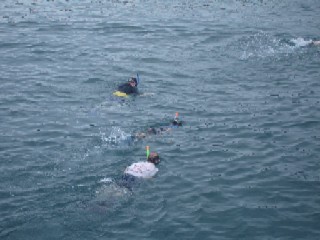 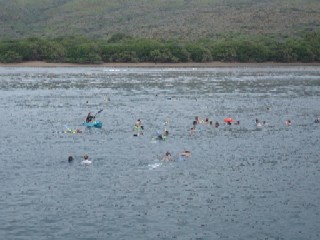 Here we are at Lanai! The water wasn’t quite as cold here but unfortunately the water wasn’t nearly as clear and we couldn’t really see much. After we left Lanai we had a great lunch on board and made our way back to the dock. The whole trip was great! It lasted about 6 hours or so and we had a terrific time. Thanks Mom and Dad for treating us with this!!

Since the boat left from the dock near the Aquarium of the Pacific we decided to go there. 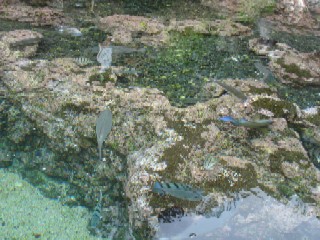 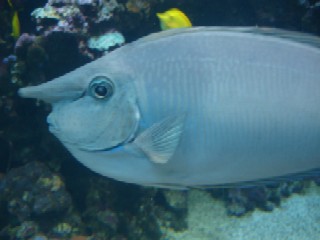 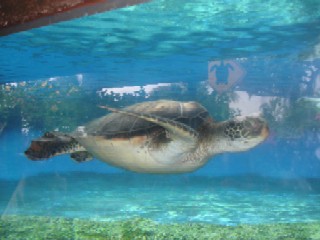 There some shots of the various fish life that they had at the aquarium. This was a very very nice aquarium and there was plenty to do and see. 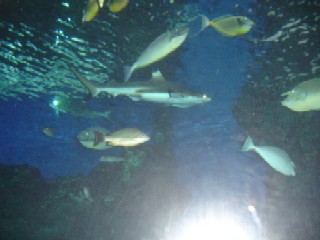 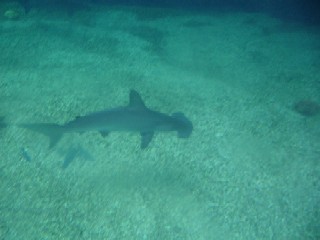 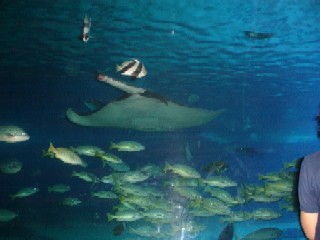 The shark tank was amazing! It had all different types of sharks, fish and rays. The nice thing about it is it is above you and below you and the glass was extremely clear so it gave the illusion of being right in front of you. It was absolutely incredible. We really enjoyed it. 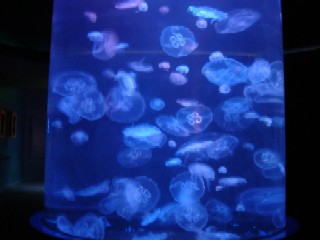 This is the jellyfish tank. Unfortunately the color didn’t come out but the jellyfish were actually an orange-reddish color (at least Adam thought so).

A shot of Adam relaxing at the aquarium.

After the aquarium we decided to go for a late dinner at “Cheeseburger in Paradise” just a block away from where we had dinner the previous night at Bubba Gumps. 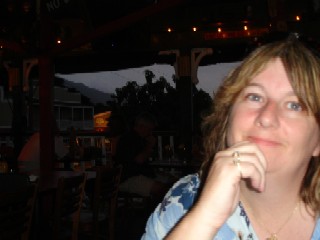 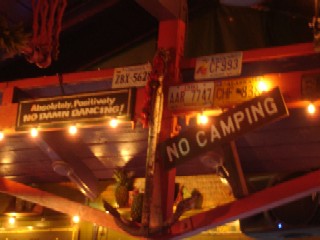 Here we are at Cheeseburger in Paradise. The sign on the right says “Absolutely positively no damn dancing!”. That’s just Adam’s kinda place! 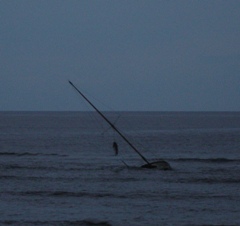 Fortunately this didn’t happen to us today! This is a sinking boat that you see right out the window as you are eating dinner. Turns out the some guy a couple of years ago dropped anchor and went into town to get drunk, and a storm came in and wrecked his boat. He didn’t have money to salvage it and all his attempts to right it failed. So it sits here now as a landmark.

After eating dinner we did some shopping and the went back to the hotel. Have to get up super early tomorrow. Today we explored Maui by water but tomorrow will be completely different!

Continue on to Day 4