We got up before we docked in Tauranga and looked outside and it looked nice outside! The sun was out, the weather was a bit warmer, it wasn’t windy, and there wasn’t a any sign of an impending storm! Amazing! 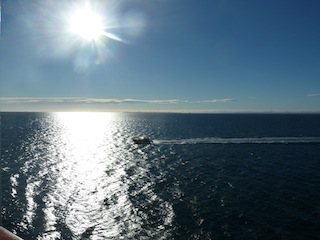 We had breakfast and when watched the amazingly beatiful approach in to the dock. 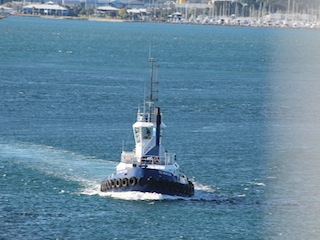 Then we passed this little statue in the water dedicated to the Maori who where the first settlers here. 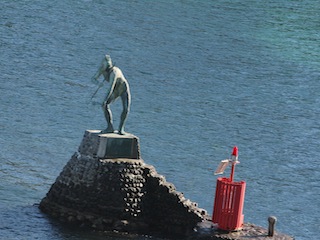 After we docked we still had a little extra time before our excursion so we snapped these pictures.

Doesn’t it look like a beautiful day? It was!

We got on on our tour bus and began our trip to Kiwi 360. 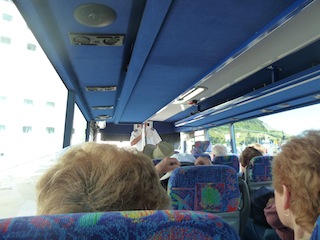 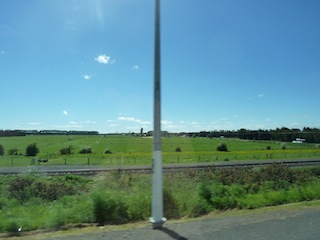 It was a pretty long drive but we finally arrived at Kiwi 360. Can you tell? 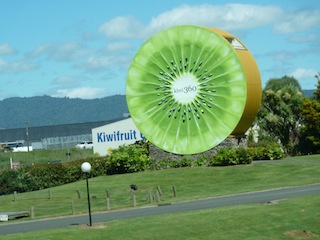 Hard to miss that Kiwi. Interesting Kiwi has several meanings here. Obviously it’s the fruit but it also is a bird and also a bit of a slang name for people from New Zealand.

We got on our tour and we learned all about the Kiwi. There are currently two different types grown here. The green Kiwi and the new Golden Kiwi. The Kiwi industry here is currently in danger due to a disease called PSA that is wiping out whole fields of Kiwi plants. It is a bacterial infection so there is no known cure for it. Farmers just need to hope that it works its way through their crops quickly and leaves them some healthy plants. We saw some fields that were a total loss. 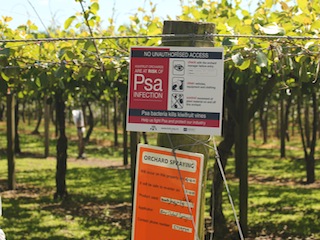 The Ranch owner explained all about PSA and showed us an example right from his own vines. 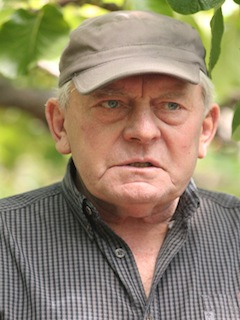 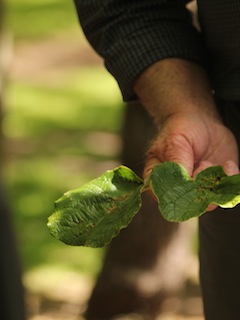 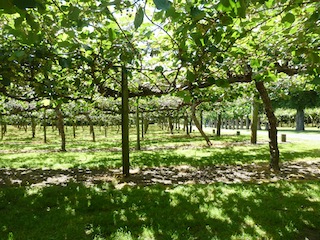 PSA is noticeable by a brown splotchy areas on the leaves. They were hoping they had contained it to only a few vines but they were very worried that it would continue to spread.

Here’s a photo of a male Kiwi plant. The flower has spores tht bees pick up and carry to the female plants. The owner explained that although these plants have pollen, they don’t have nectar, so they have to ‘hire’ bees and feed them nectar to keep them pollenating the plants. 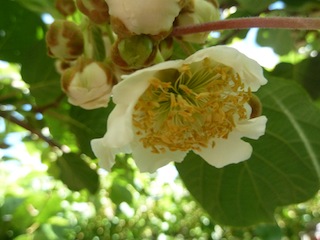 After the Kiwki tour we were treated to a nice meal with an excellent scone and Kiwi juice. It was excellent! 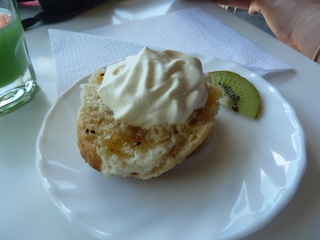 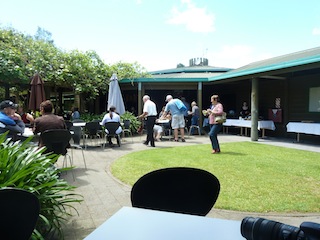 We left the Kiwi 360 and drove to the site of an old Mission called “The Elms”. Our tour guide told us all about the place and the stories behind the historic buildings and landscape. 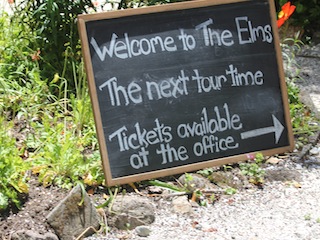 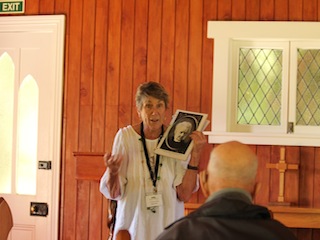 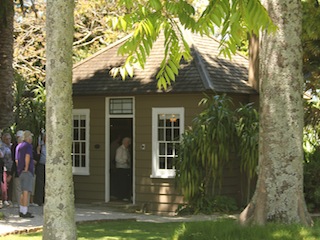 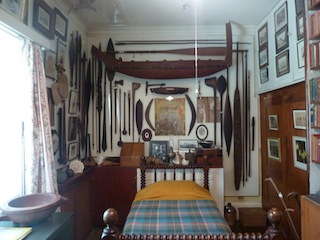 Then the tour bus dropped us back off at the ship. 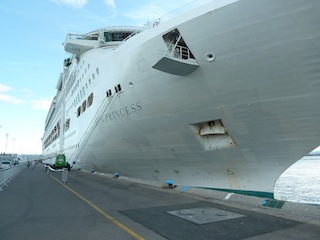 But we had some extra time! So we walked over to the beach to get some sand for our table at home! 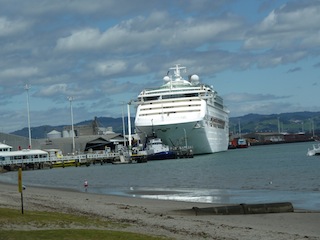 It was a beautiful beach. 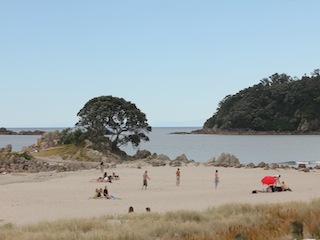 We walked all around the town and even down some residential streets. We wondered if this sign on the mailboxes actually works…maybe they’re on to something? 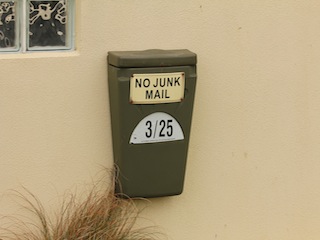 We poked around at the stores for a while but we had been told all the main shopping would be in our next and last port – Auckland. So we decided to wait before doing any major shopping but it was fun to walk around in the nice weather.

We walked by this little pond that in a park right near where the ship docked. 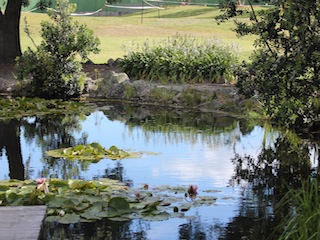 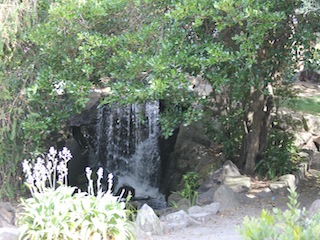 What a beautiful day! Unfortunately it was time for the ship to leave so we got back on and took in a “movie under the stars”. We hadn’t had a chance to do this before because the weather had been so bad but this was really neat. They show a movie on the ships big screen and serve popcorn and give people blankets. It was nice! 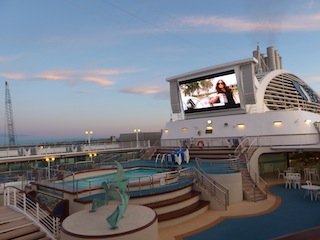 We watched the movie “Larry Crowne” as we slowly drifted away from Tauranga. 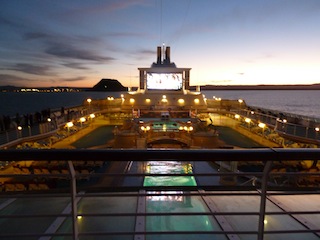 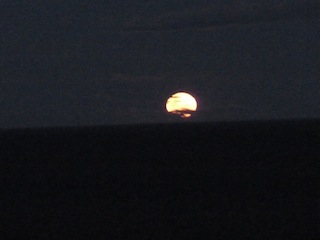