Here we are on a nice Saturday morning (Feb 4th 2006) at Van Nuys airport for Kevin’s very first flight. He’ll be piloting (with some assistance) a Cessna 172. The plan is to fly over Santa Clarita and then return back. 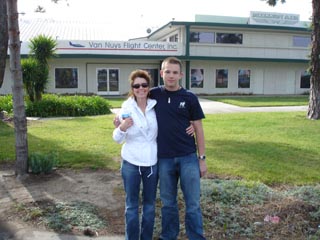 This was all the bright idea of Cheryl who gave the gift of flight to Kevin as a birthday present. It’s hard to tell who’s more excited. 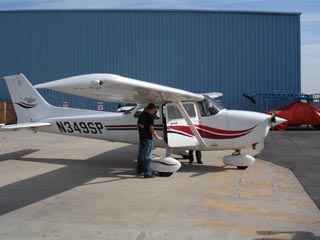 Kevin checking out the plane. 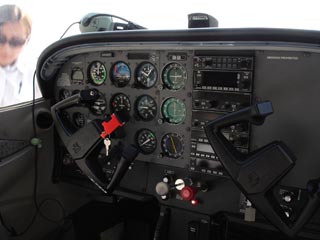 The instruments of the Cessna 172. Looks simple enough. 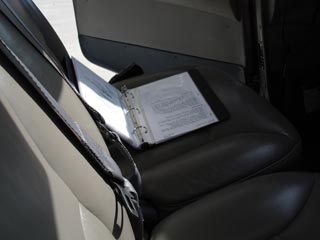 Kevin’s instructors book. I believe it says “how to land” and stuff like that. 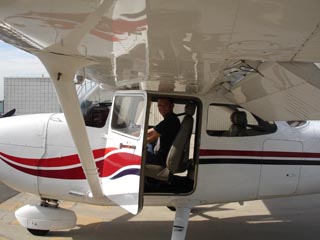 Kevin climbs in. The weather was perfect and he was ready to go. 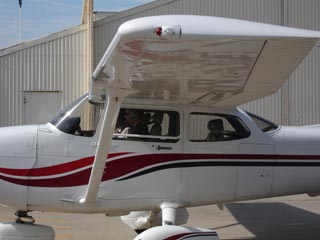 Ignition! Kevin’s got his headset on and listening to the wonderful sounds of Weird Al.. or maybe it’s the control tower? 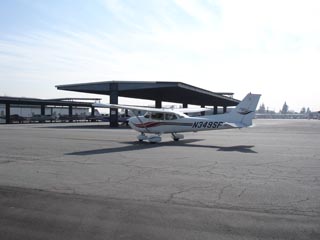 As they taxi over to the runway we get in our cars to a special “viewing area”. Unfortunately by the time we drove over there he was already in the air. 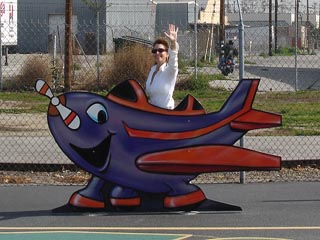 Kevin wasn’t the only one in a plane that day. Here’s Cheryl enjoying her first solo flight. 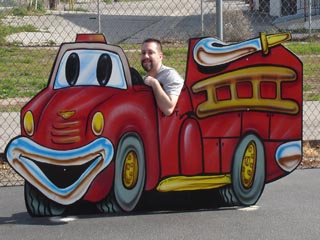 Just in case of any problems, Adam was standing by. 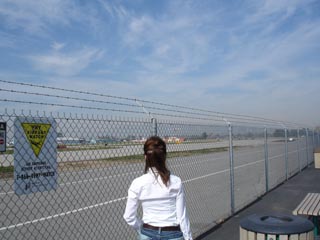 From the viewing area we can see the plane slowly coming down to land.

A perfect landing! It can be downloaded by clicking HERE. (5MB Mpeg)

After the landing they turned around and drove right by us.

Kevin with his flight instructor. She said he did very well! Kevin is looking forward to his next flight, whenever that is.