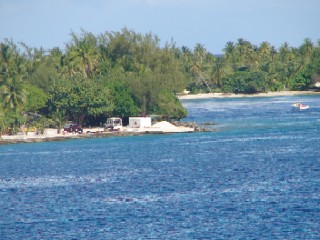 Slowly moving in to beautiful Rangiroa. This entire island is an atoll that is so huge you can’t even see all sides of it. It was absolutely amazing as we cruised through it. We grabbed breakfast at the buffet and then went back to our balcony to snap some photos. 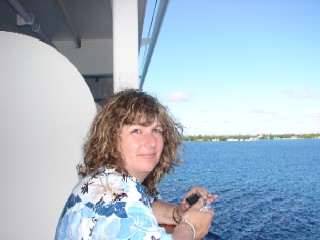 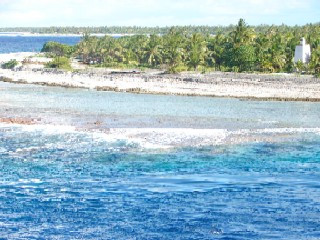 We cruised through a very narrow channel that certainly didn’t look deep enough for the ship to make it through, but we did. The photo above is NOT zoomed, that’s how close we were to land. 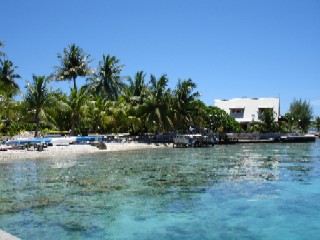 This is where the ships tender dropped us off. Look at the water! It was extremely warm and crystal clear. We are looking forward to snorkeling here. 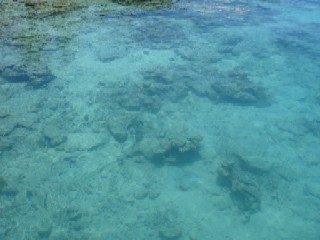 Here’s a photo of the water from where we are standing. You can’t see it in this photo but there were all sorts of fish swimming around. 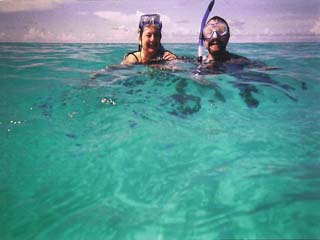 Time to go snorkeling! We boated out to a nice area where there were lots of fish and in we went. 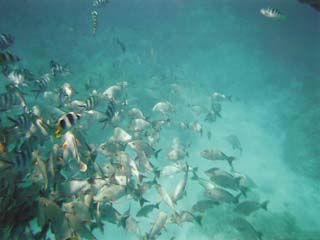 There were tons of fish everywhere! 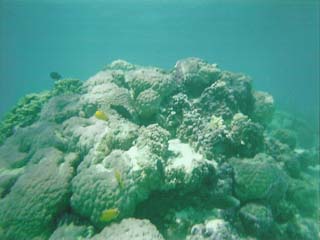 And beautiful coral. We were very careful to swim around all this coral so as not to get scratched up. 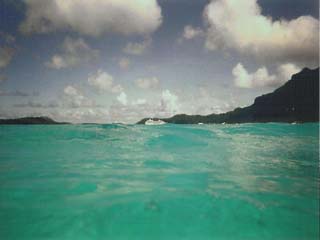 Here’s a view from water level of the ship. The water was very very warm and it was all just great! We very much enjoyed it.

After snorkeling we went back to the ship to have lunch. Then we took the tender back to the island again and took a free shuttle bus to a black pearl farm. 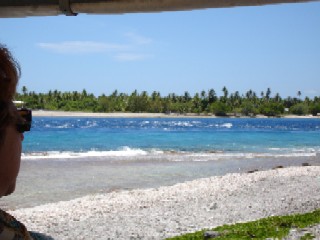 As we drove along the beach in the bus provided free to the pearl farm, we saw other parts of the island. The views were amazing. 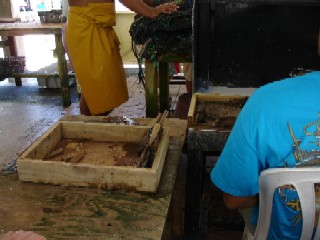 At the pearl farm they demonstrated how they cultivate the pearls. It was very interesting.

This was the view from the pearl farm. Out in the ocean there were lots of floating buoys in which they attached the pearls to. 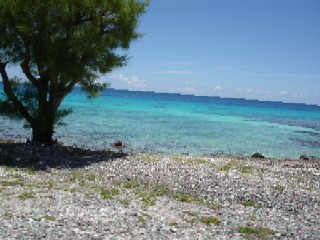 Heading back to the ship we snapped a few more photos of the island.

Back on the ship to cool off.  It was extremely hot. About 90 degrees but with 80% humidity. We can only take so much and went back to the ship to shower and cool off. Here’s a view of the ships tender shuttling people back.

We decided to engage in a “cooler” activity so we played Pictionary onboard the ship and we won 2 luggage tags! Wahoo!

Slowly cruising out of the atoll. We were escorted out by some dolphins. 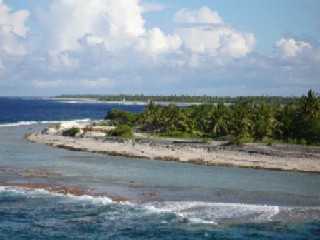 Here we are sailing through the opening of the atoll again.

After we sailed out of the Atoll we went down to the store on the ship and purchase some of the rum they had on display. We’re not sure we’re going to like it but it sounded so good. Coconut, Pineapple, and Vanilla rum! And it was relatively cheap! So we ordered some bottles to pick up on our last day of the cruise.

Susan wandered over to the jewelry shop next door and she saw the pearls she had been looking for! She got a beautiful pearl that attaches to her necklace (with gold and diamonds) and it looks great! She also got a pair of earrings to go with it. Happy honeymoon!

Time for formal night round 2! 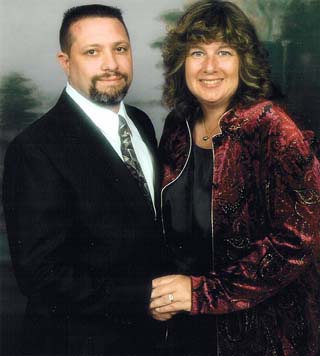 We got all dressed up and got our picture taken by the ships photographers, and then went to dinner. It was lobster night. Just about everyone at our table had the lobster. They topped off the dinner with baked Alaska as the paraded it around the dining area with it still on fire. It was lots of fun, but unfortunately we didn’t have a camera with us for this.

We then entered the slot tournament but we did terrible. We didn’t even get close to the score needed to qualify for the next round. Oh well.

Time for the big finale show “Century Sings!” put on by the Tahitian dancers. The show was very entertaining. All the dancers did a great job and showed so much energy AND they ran all the ship-board activities. It was amazing how much they did.

Tomorrow we visit Raiatea and Tahaa!