We have 3 days at sea and then a cruise through Fjorland National Park and we figure we won’t have much photos of the day at sea so we decided to just combine the 4 days into one page.

When we left Brisbane the weather was warm and the seas were smooth but once we got out into the Tazman Sea that all changed as it got really choppy. There was a night where a lot of people, including the crew, weren’t feeling so well. However, for the most part, it was ok.

For the days at sea we mostly just relaxed and watched movies, went to the Art auctions, and enjoyed the shows. But outside was mostly foggy and rainy so we didn’t include any photos.

The second night when we went down to eat our tablemates were not there (we only got a 4 person table so there was only one other couple). However the next night we got to meet them and they are a nice couple from Northern California! I guess they stuck the only Americans on the ship together. They are Mike and Nannette (my best guess at the spelling) and we are looking forward to many more dinners with them!

On to Fjordland National Park!

Unfortunately we woke up and saw pretty foggy conditions. 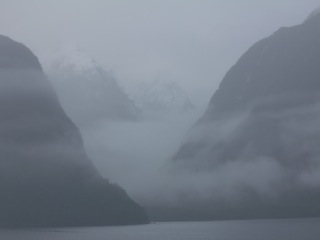 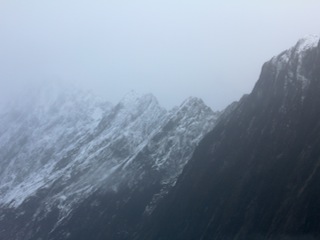 Yes it was indeed cold, rainy, and cloudy! However we little while later we picked up the park ranger who was going to talk us through our tour of Fjorland National Park. 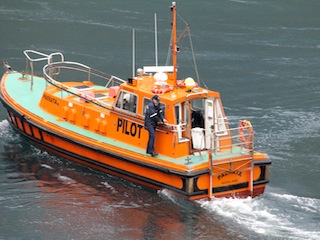 As we went throughout the day things started improving a bit and we got some nice photos of the scenery. 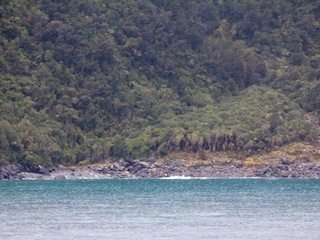 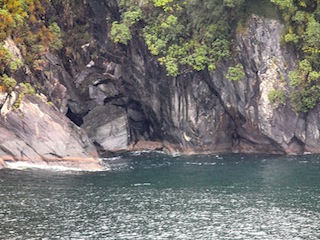 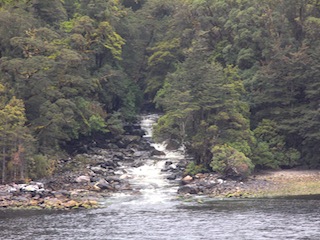 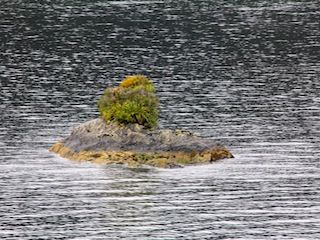 Susan even got a quick photo of a penguin. These ilttle penguins moved fast and they are small so they were hard to capture but we did the best we could to blow this image up so it was recognizeable! 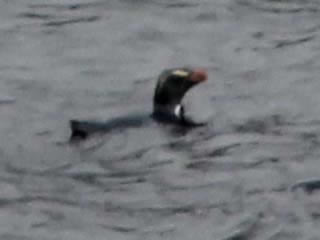 After the park ranger left and we left the Fjordland National Park it actually started to get a little sunny again! That figures! Hopefully it holds up for tomorrow when we head to Dunedin!

Here’s the random photo of the day(s)! 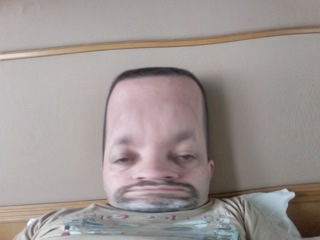