Up at 6:30 and drove to our free orientation and breakfast. There we learned about all sorts of cool tours we can take. Adam won a drawing for a 2 for 1 special on a trip we wanted to take anyhow! wahoo! We also signed up for some other tours and we are really excited about them. After that we drove to the Maui Tropical plantation where we went on the tour and saw all kinds of cool stuff (We even tried real coffee cherries right off the bush! They were surprisingly sweet). 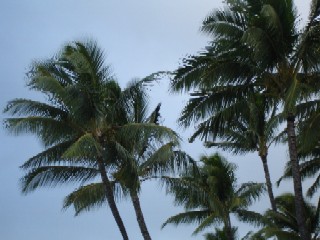 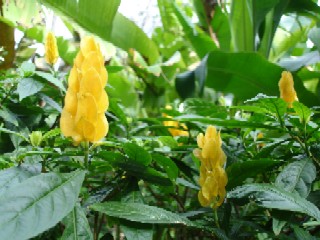 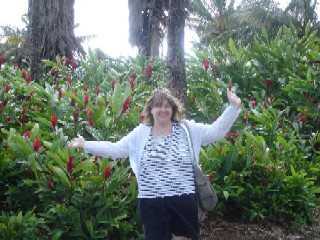 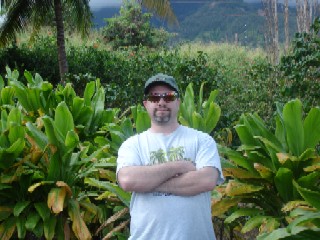 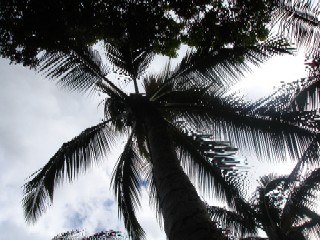 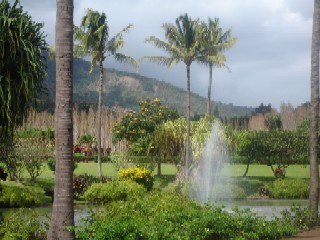 Next we went to Iao valley state park where we saw the Iao needle. We were told looked like John F Kennedy but uh.. whatever. It’s basically just a big rock. 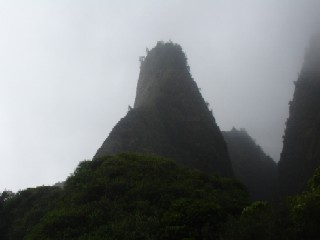 The river was flowing really fast and some hawaiian dudes were jumping off a bridge into it – it was fun. It started to rain sort of hard but the air was warm and it was nice. After that we later learned this was the second wettest spot on the island and it almost always rains there. 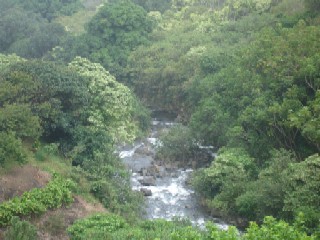 We walked around there for about an hour or so. We saw some feral cats wandering around in the parking lot of the area and they didn’t seem to care about the rain, the cars, anything. We couldn’t get close to them.

After that we decided to go eat at Bubba Gumps but the road came to a crawl because off to the left some whales were swimming around and everyone was pulled over to see and it caused quite a traffic jam.

Hopefully we will see more whales tomorrow. Finally we made it to Bubba Gumps and we had an excellent dinner. The place is lots of fun and and we got to eat great seafood and look out over the water (where a sailboat was slowly sinking). 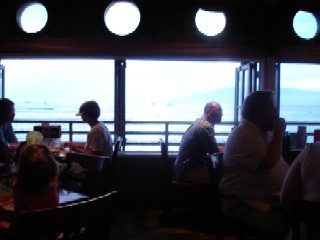 After that we poked around the stores in the area and saw some cool paintings in an art gallery but didn’t buy any art this time… yet. After that it was starting to get dark so we decided to go back to the room and then head down to the beach near the villas. Unfortunately the villas doesn’t light the beach at all so it was really too dark to walk around in the water as we were afraid of stepping on something (a spiny fish, a dead body, etc..) 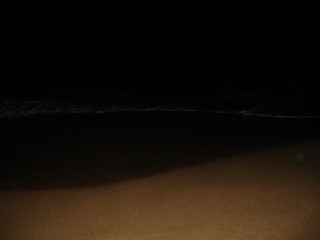 We’ll try and find a lit beach for tomorrow night if we have the energy to walk. Full day planned tomorrow!

Continue on to Day 3