Tender port
The weather was a overcast when we arrived but while we were on our tour, the clouds began to burn off, and we experienced mostly good weather. We boarded a tour-bus to head to Orsorno Volcano. Along the way to the volcano, our tour-guide educated us about her city and gave us some information about their political situation (corruption). We entered a National Park and the first stop was Petrohue River falls – this was interesting, the water flows through lava-fields, and it all takes place with the Orsorno Volcano in the background. We tried to take some photos including the falls and the volcano, but the lighting didn’t cooperate with our cameras – it was shady and darker where we were located, and the volcano was in full-sun. At the information center of the falls there were some shops with local hand-made garments and Cheryl and Susan purchased some unusual scarves. 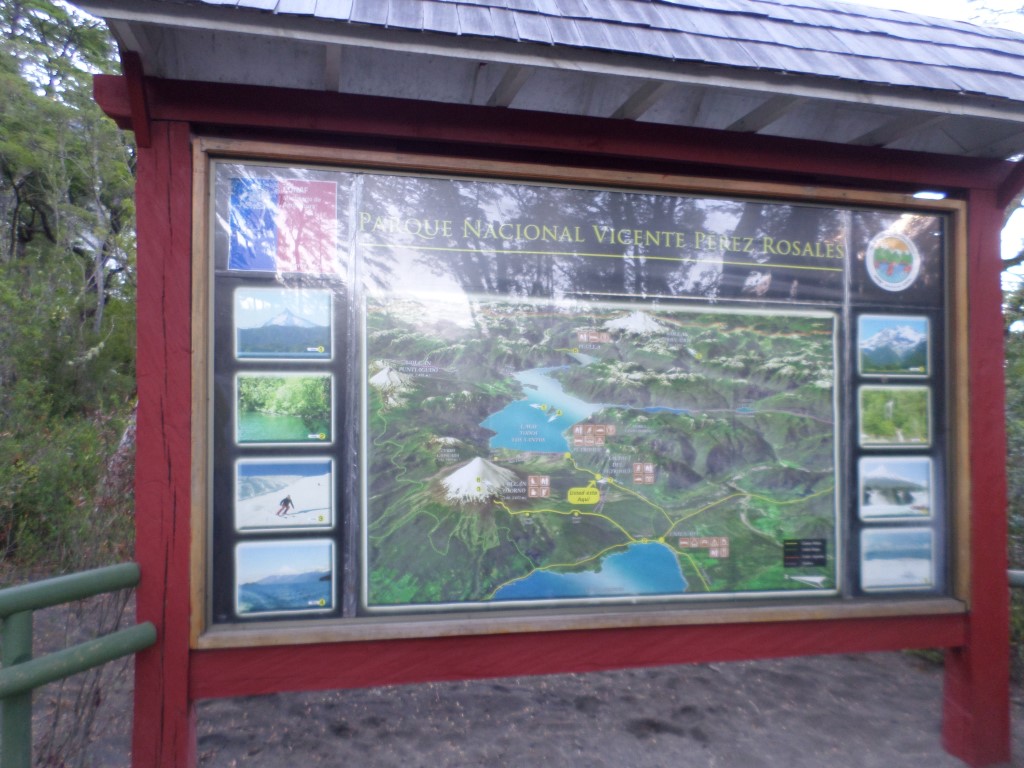 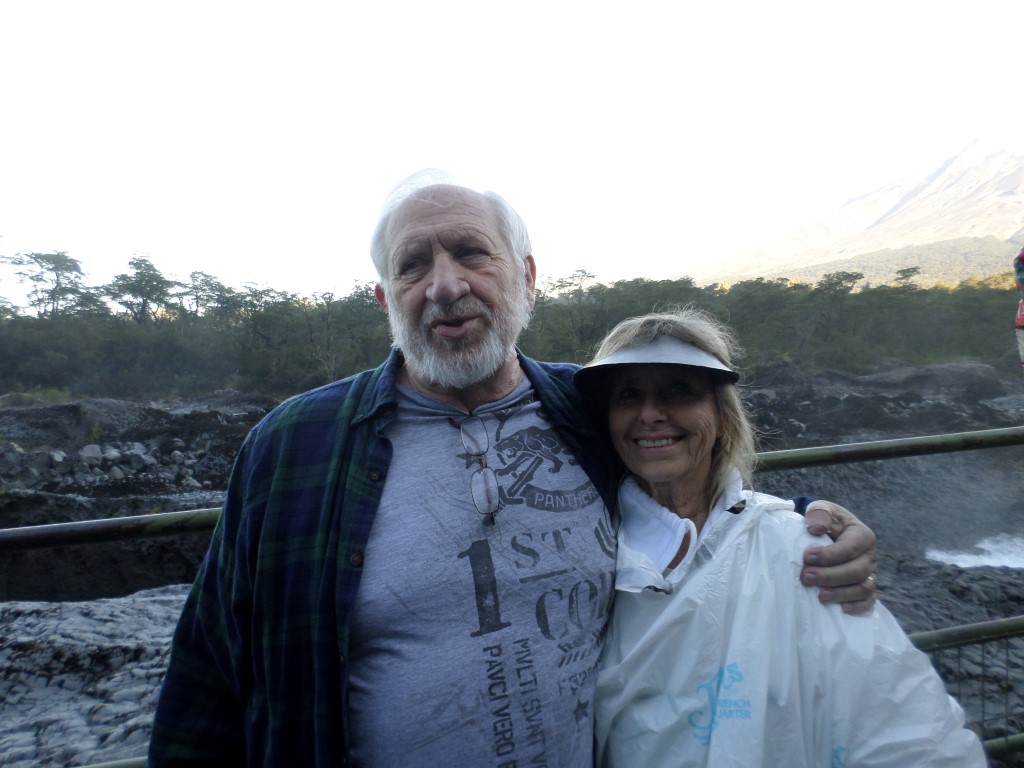 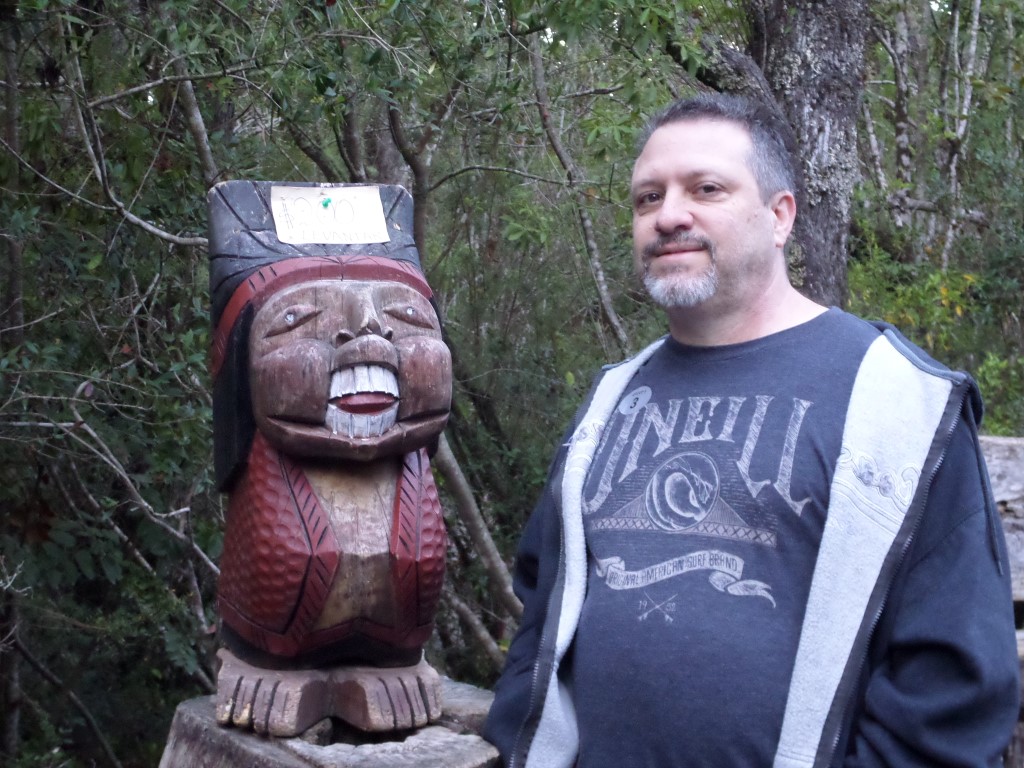 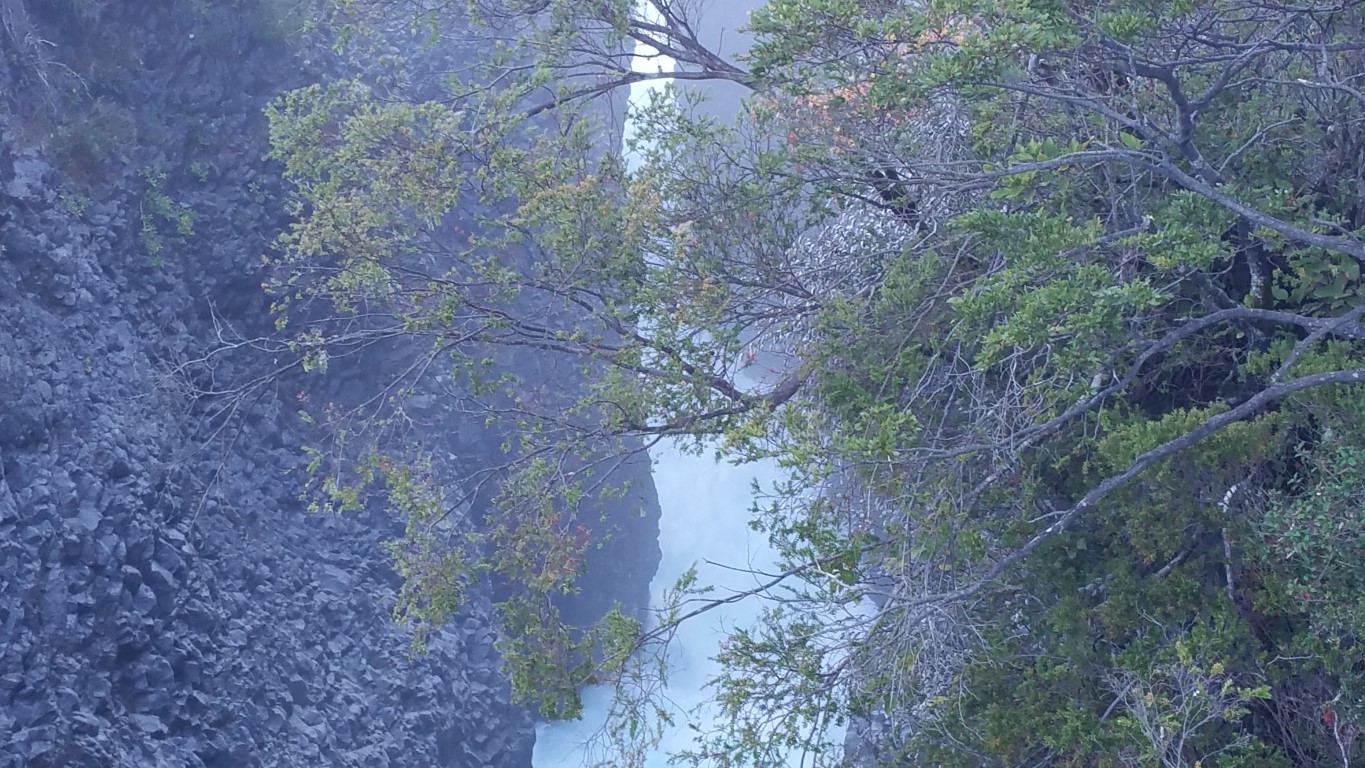 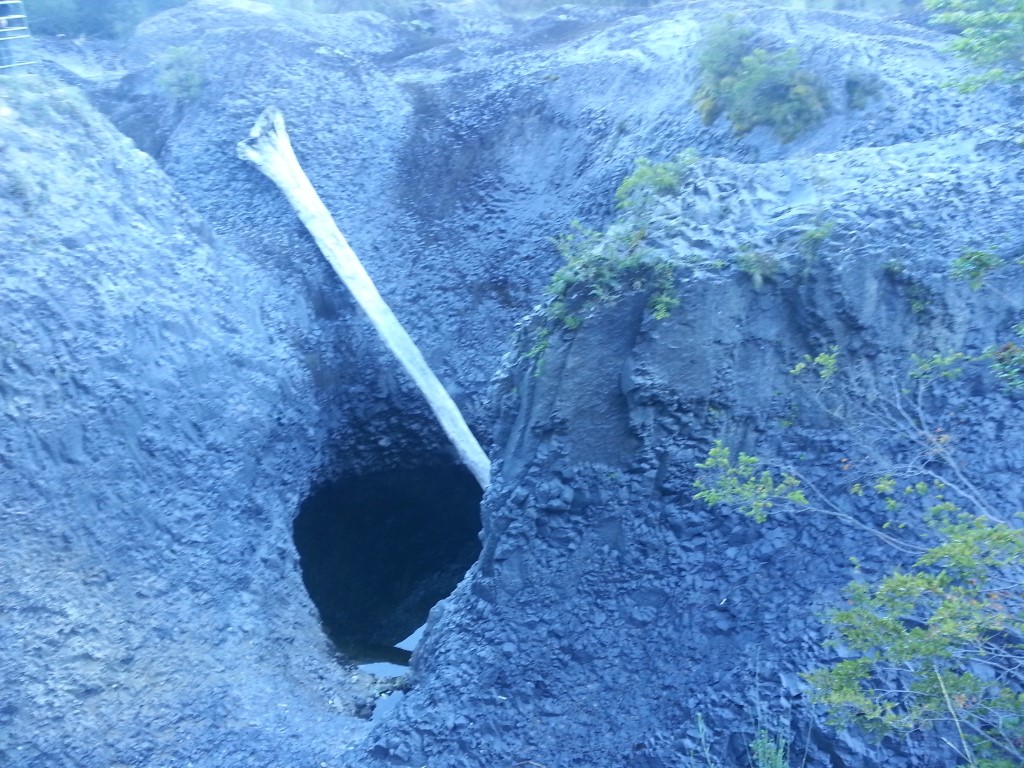 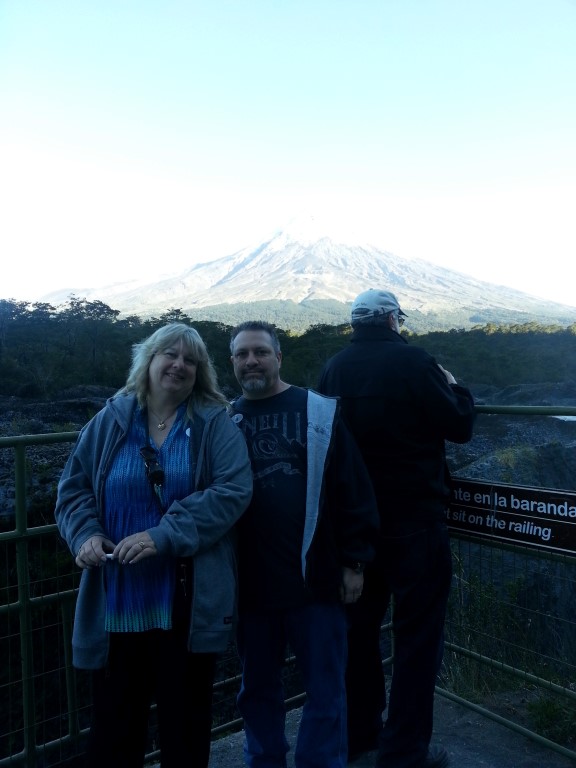 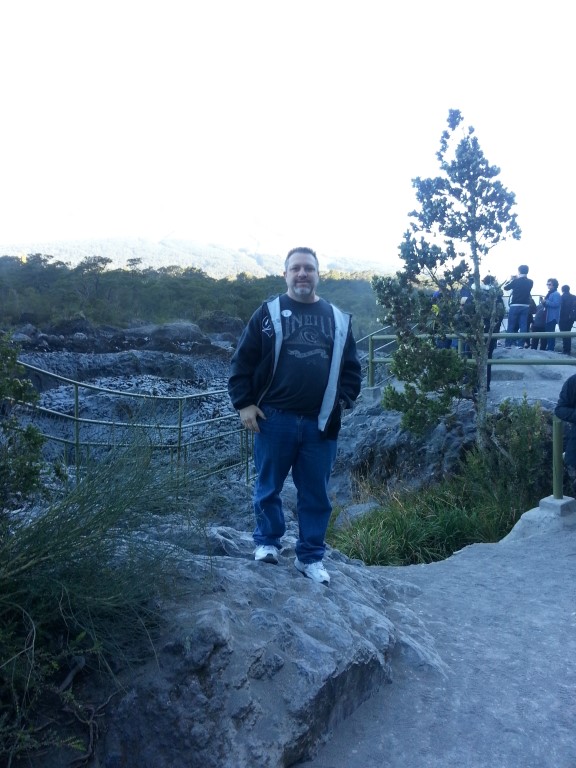 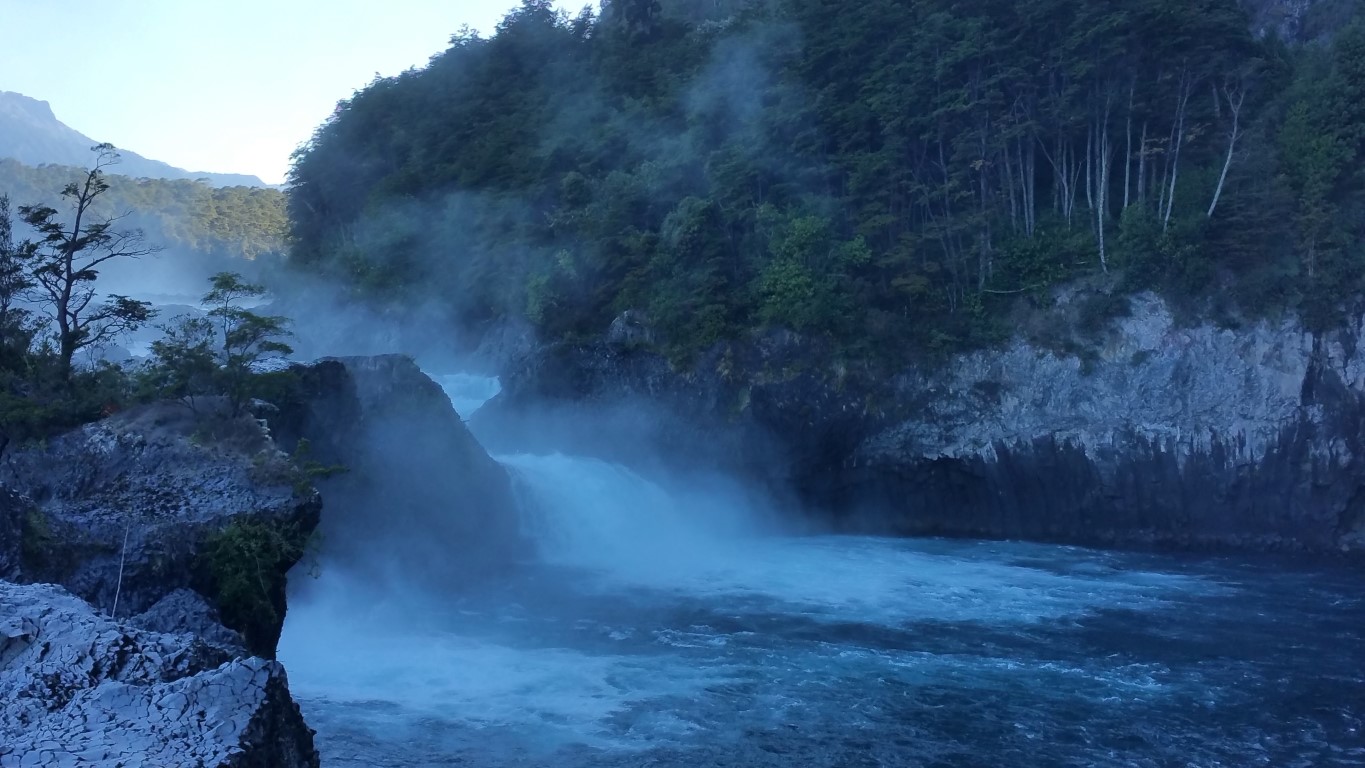 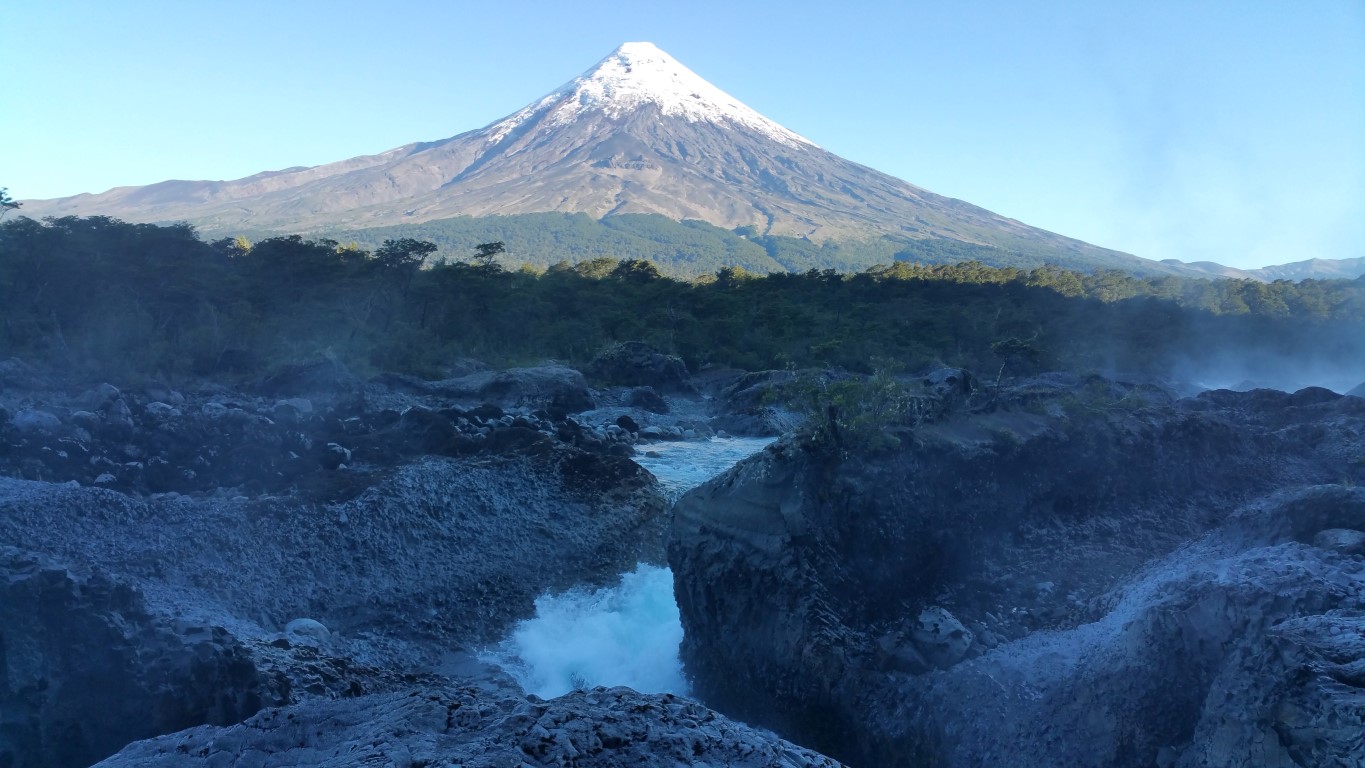 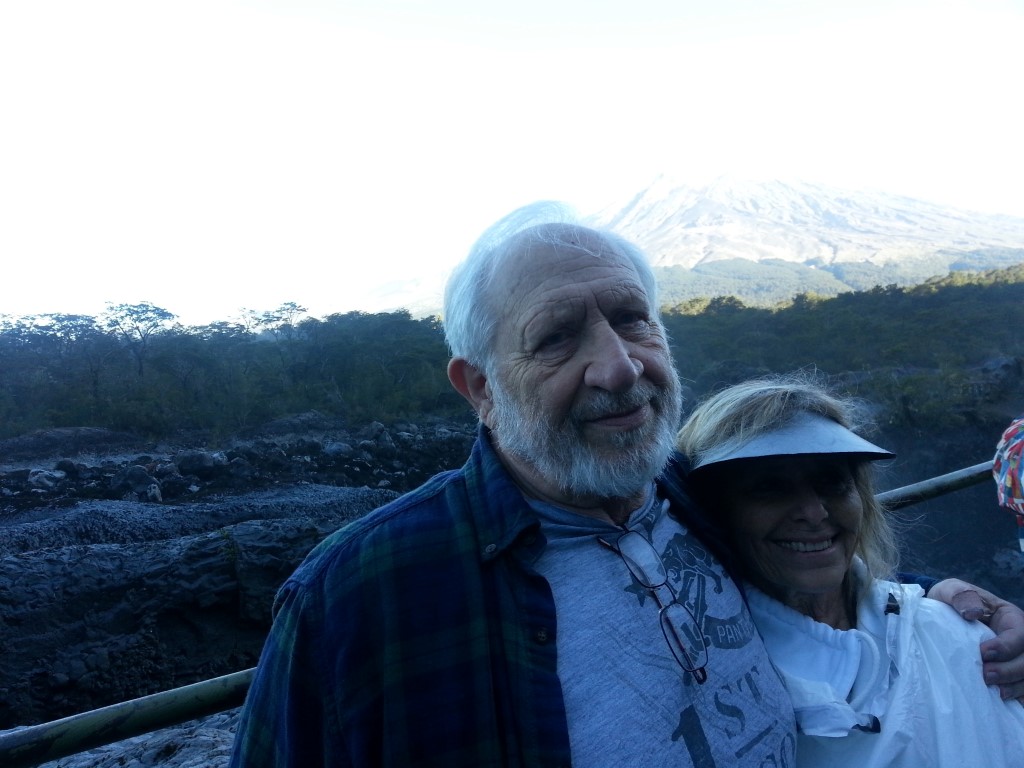 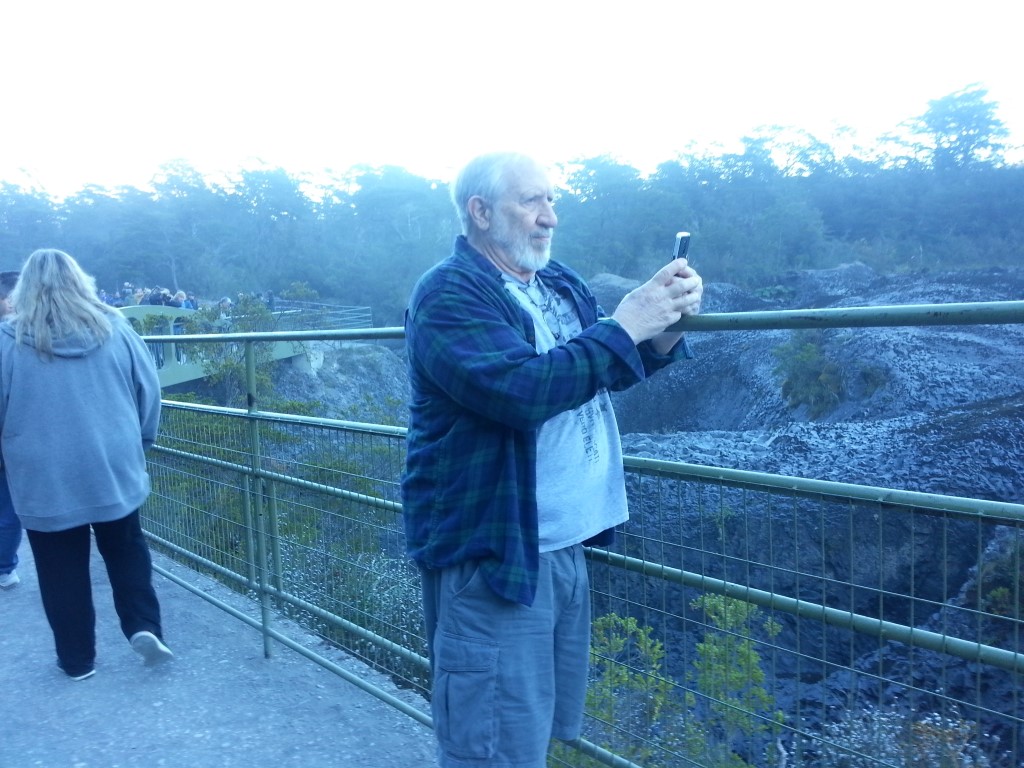 After leaving the falls, we headed up Orsorno Volcano. It was a long and windy climb up to the top with some amazing views. We were amused by some fellow passengers who were mesmerized by the fact that we were above clouds – and they took about 300 photos of the clouds below us. Once we arrived at the stop near the top of the Volcano, our guide told us there was a chairlift that we could take up higher, but that there was not enough time to take the lift up and down – so people would need to walk one way or the other, and that the path was slippery. Adam, Art and I decided not to go, but Cheryl took the lift up..and had plenty of time to take it back down as well… she was the only one treated to the extra view from above. 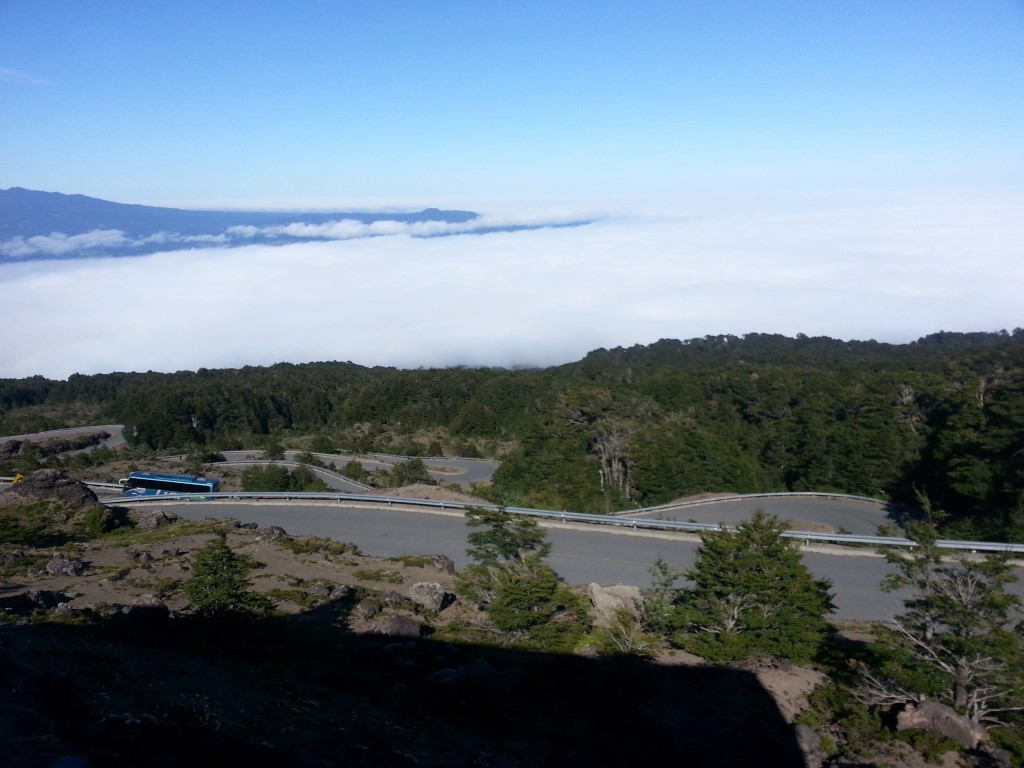 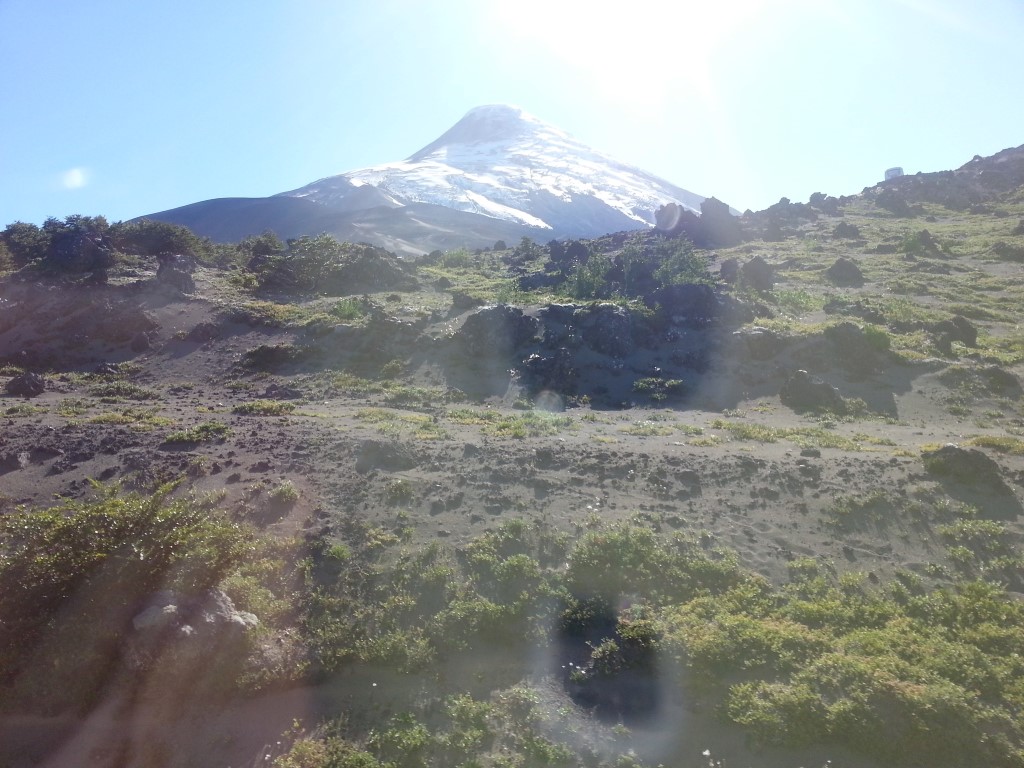 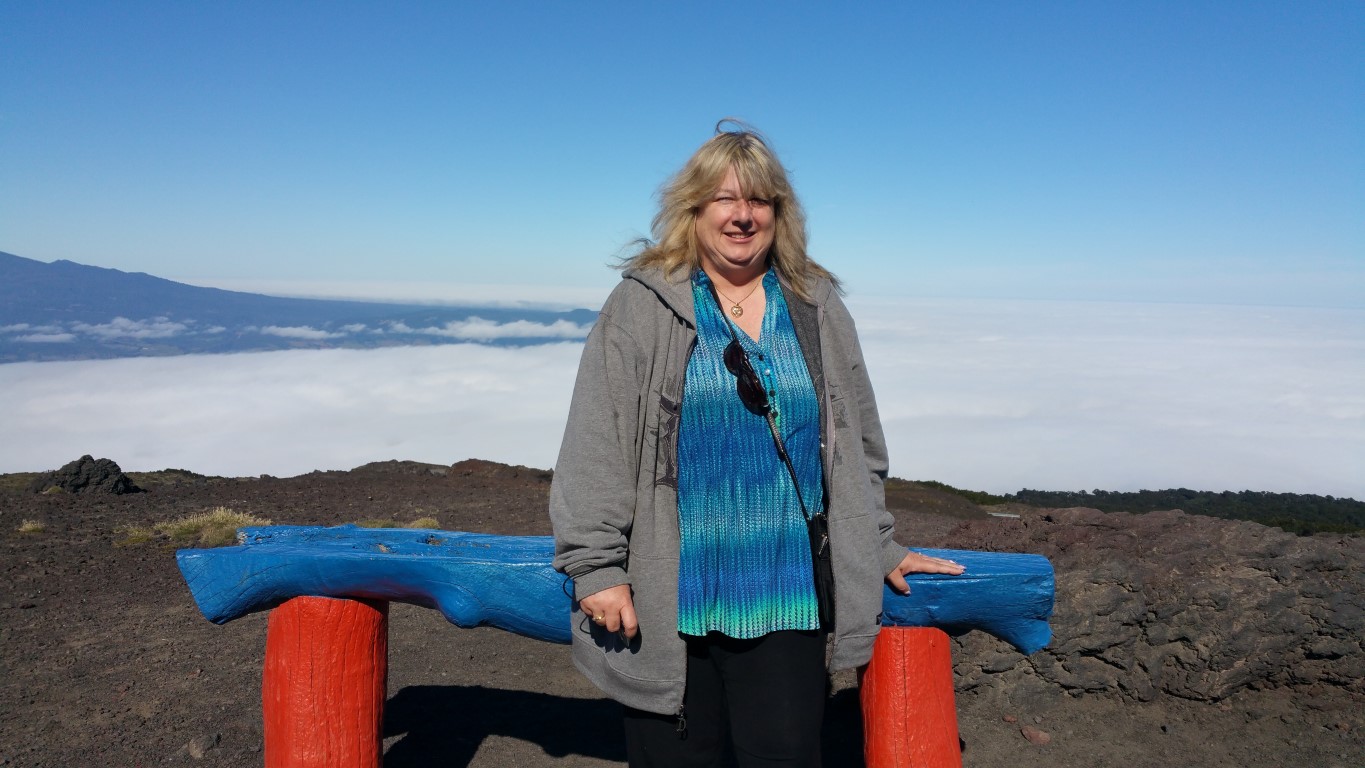 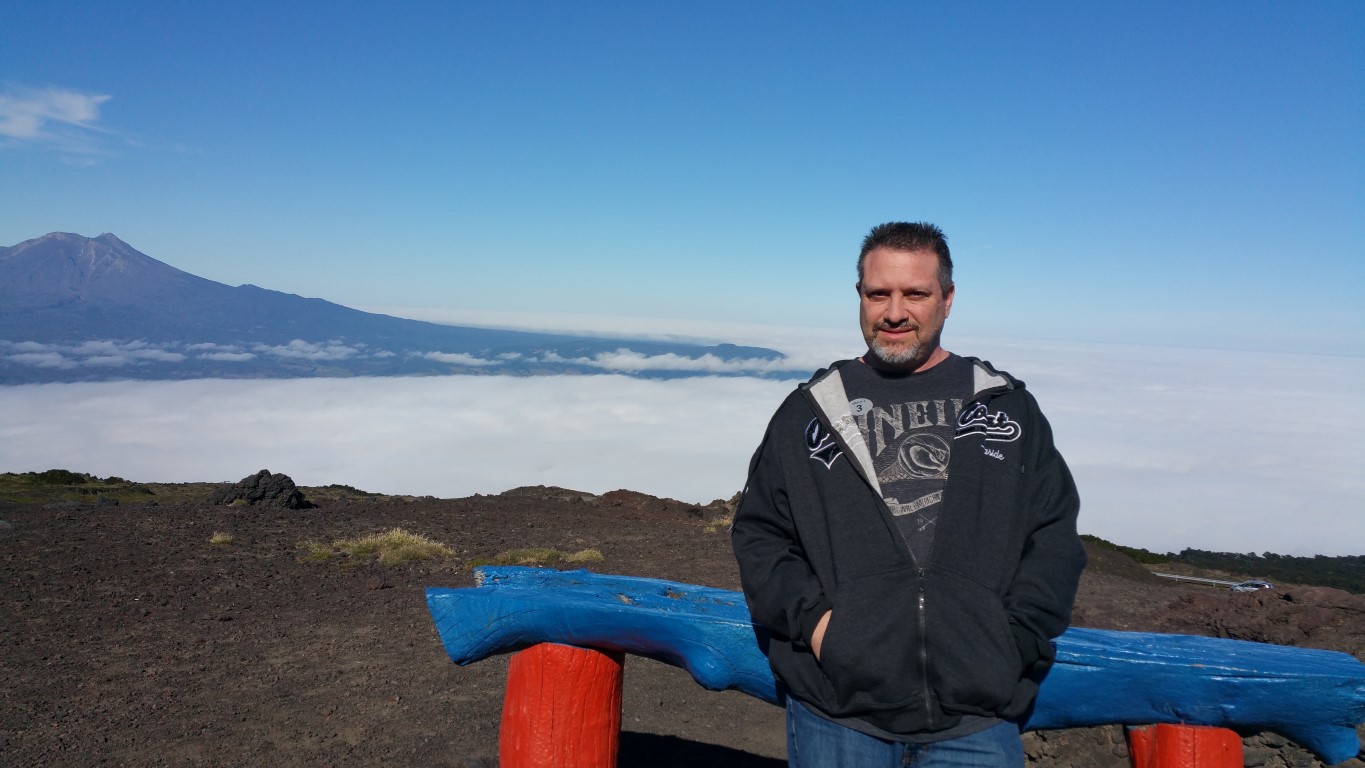 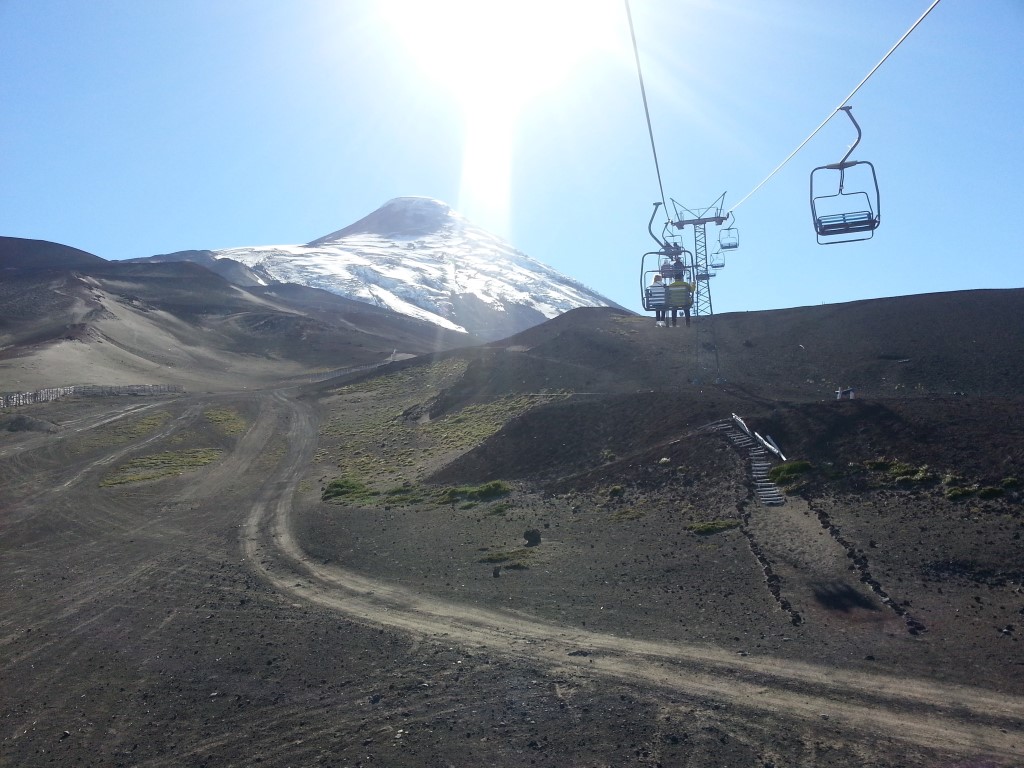 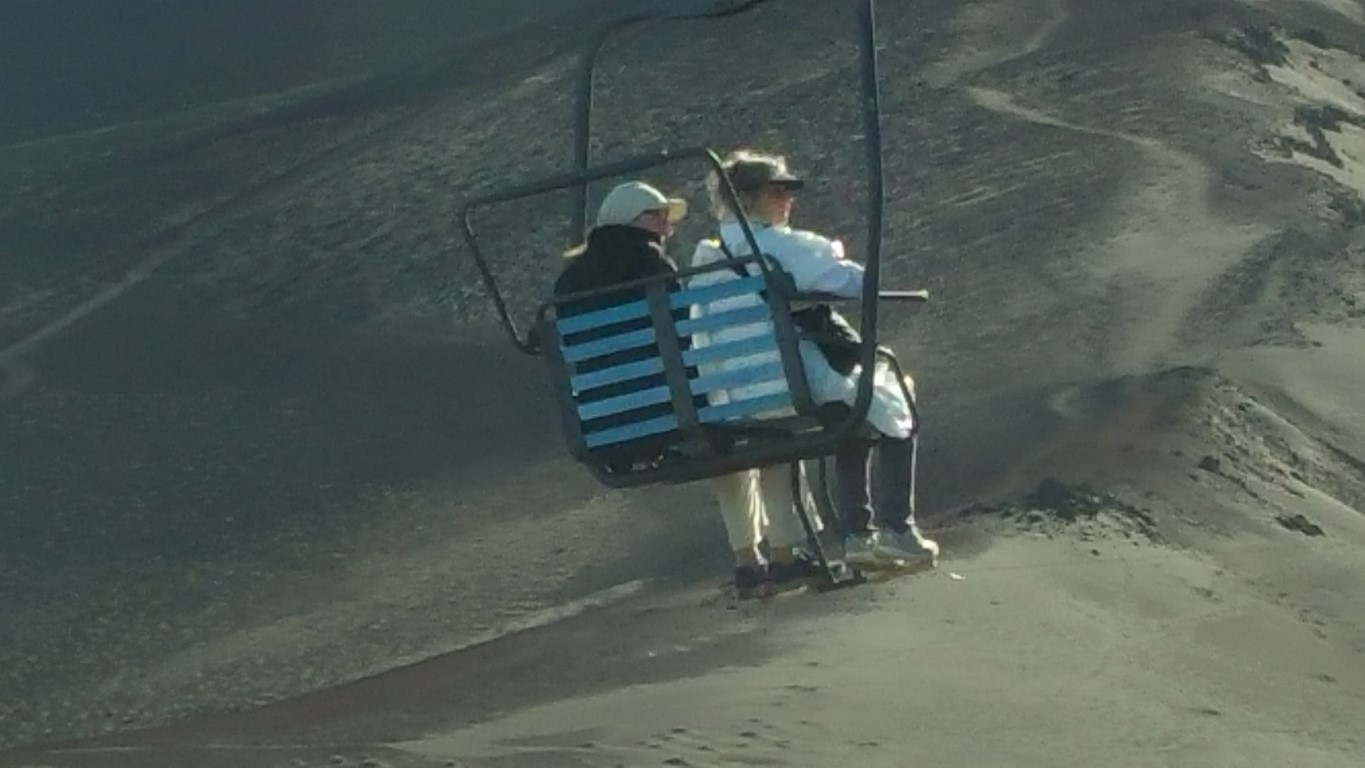 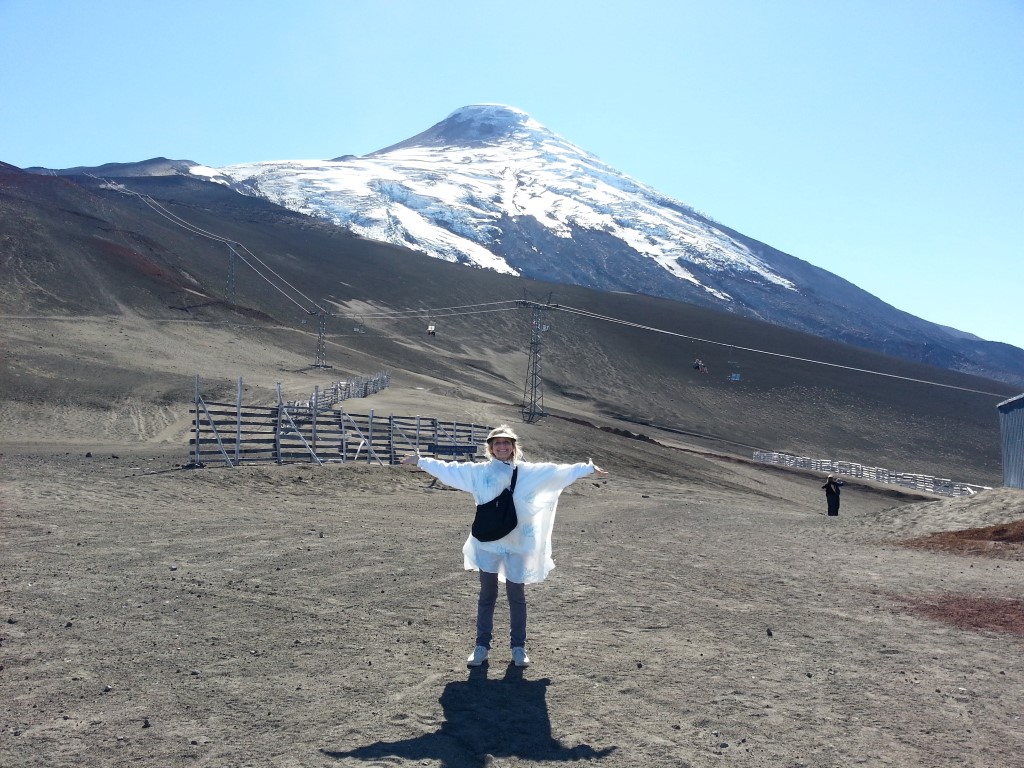 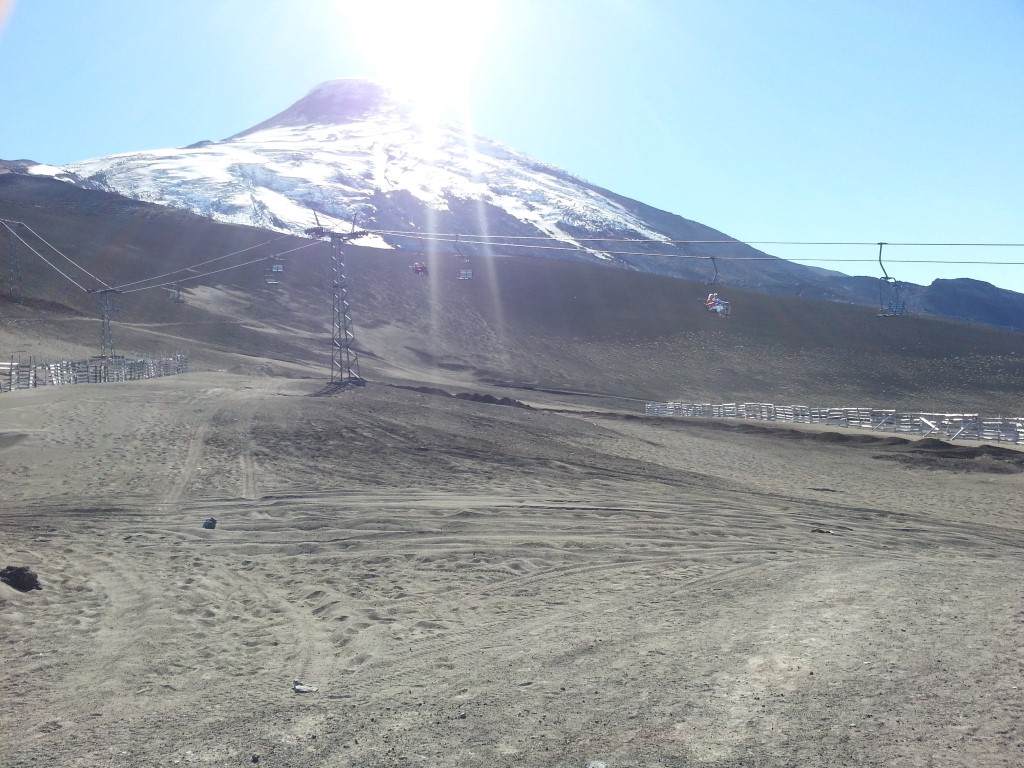 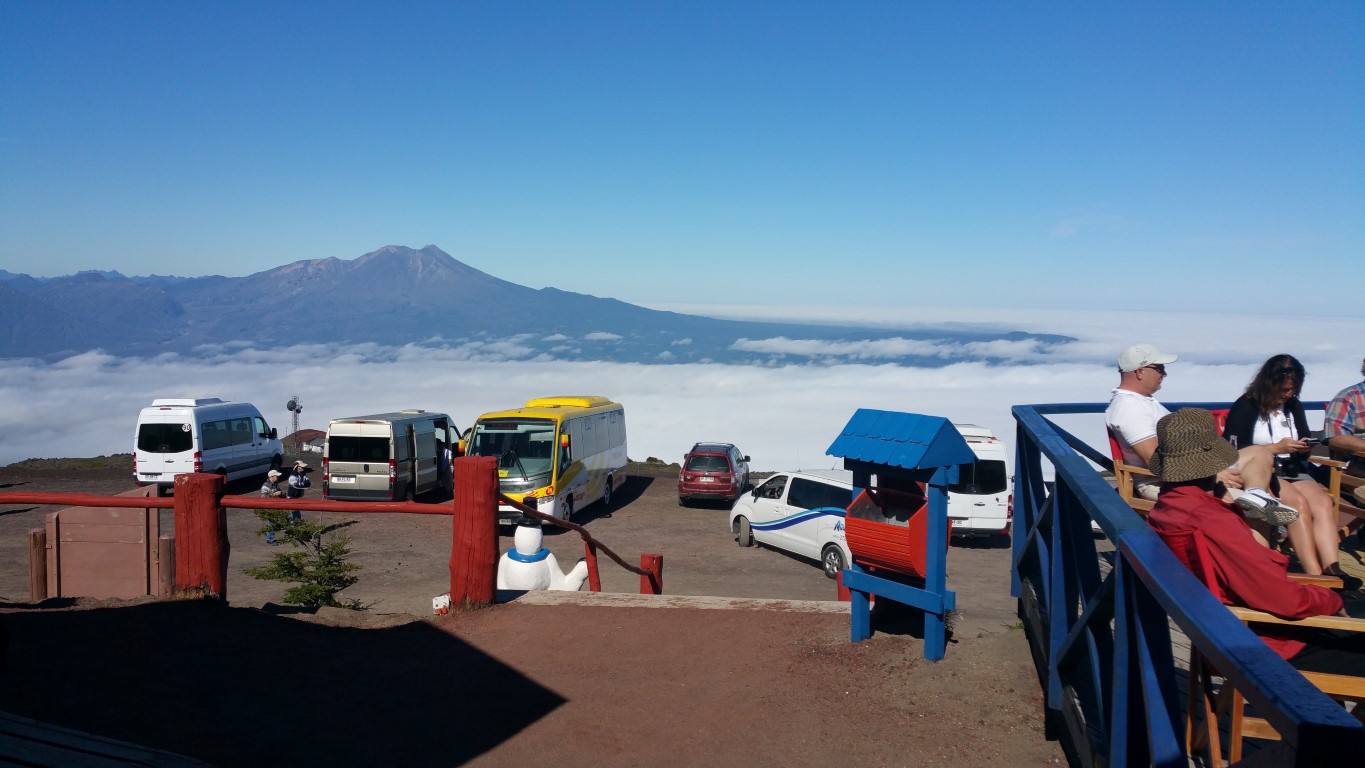 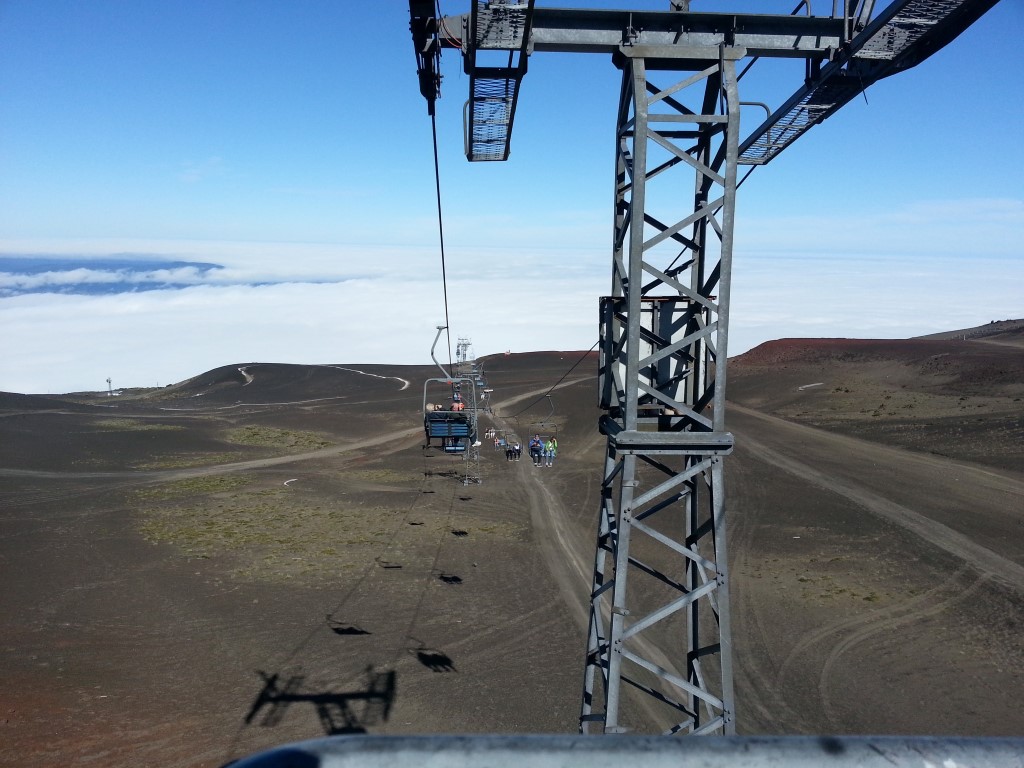 After our time at the falls, we went to Puetro Varas (nicknamed the “City of Roses”) which was built by German immigrants. We enjoyed a lakeside lunch of pumpkin soup and salmon, and then explored the town for a while. Even had some yummy ice cream! They had a casino, and Adam found a machine that had a small amount of credit in it… he used the credit to play another machine and won! And then promptly lost it all – but it was fun! 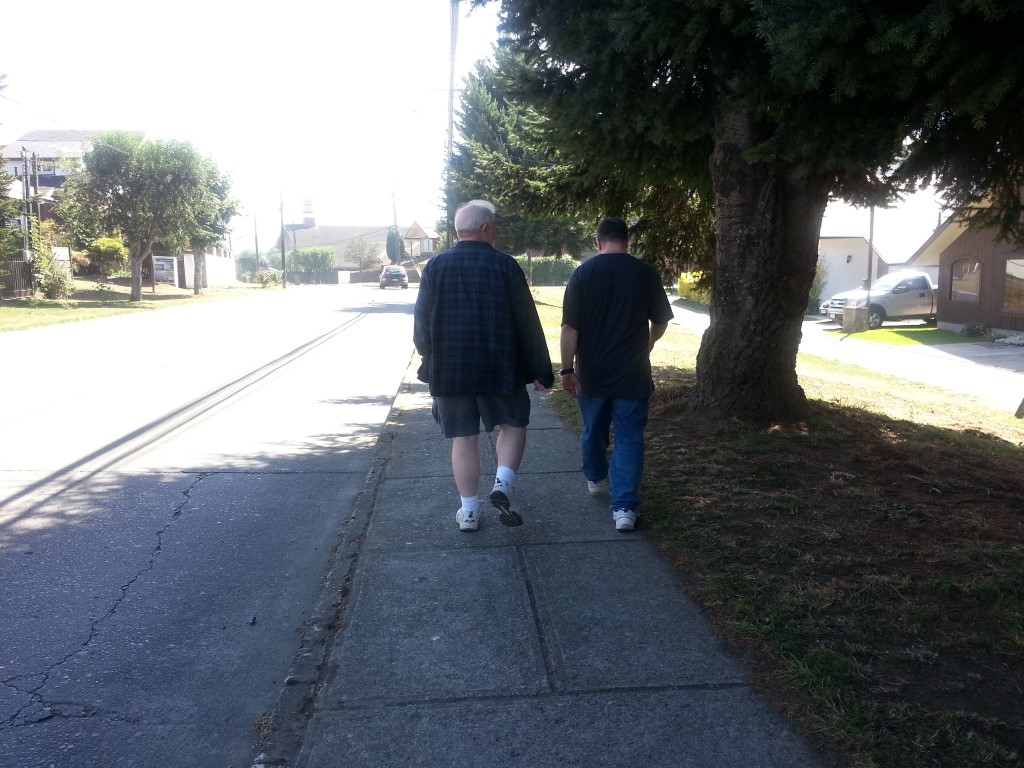 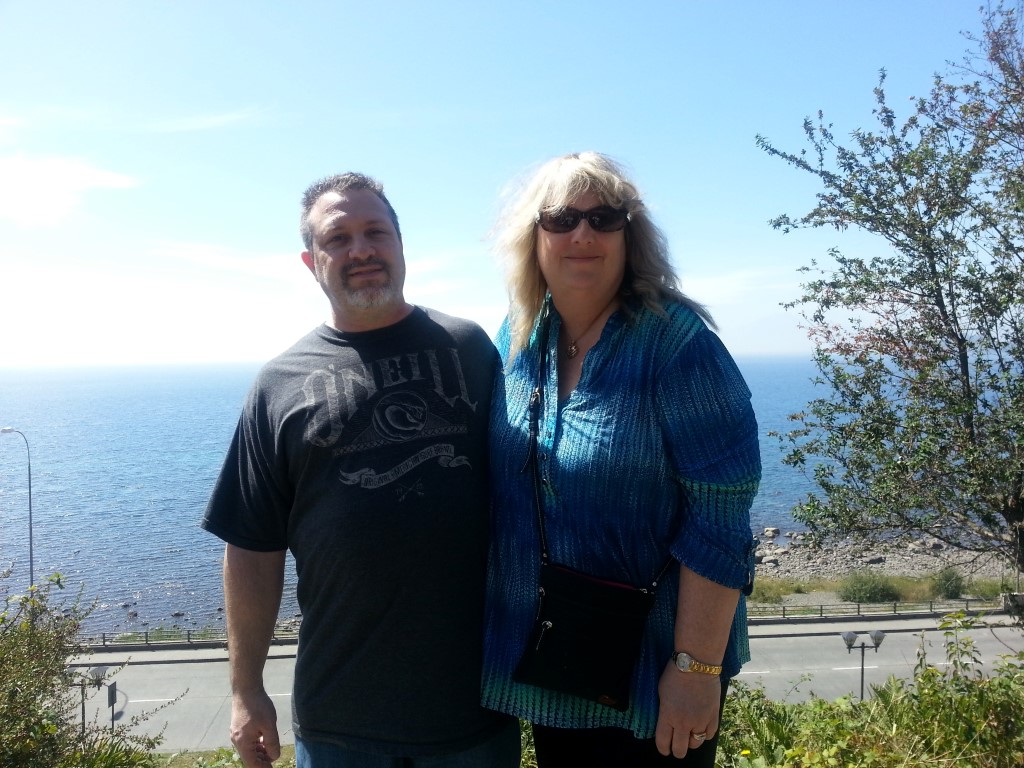 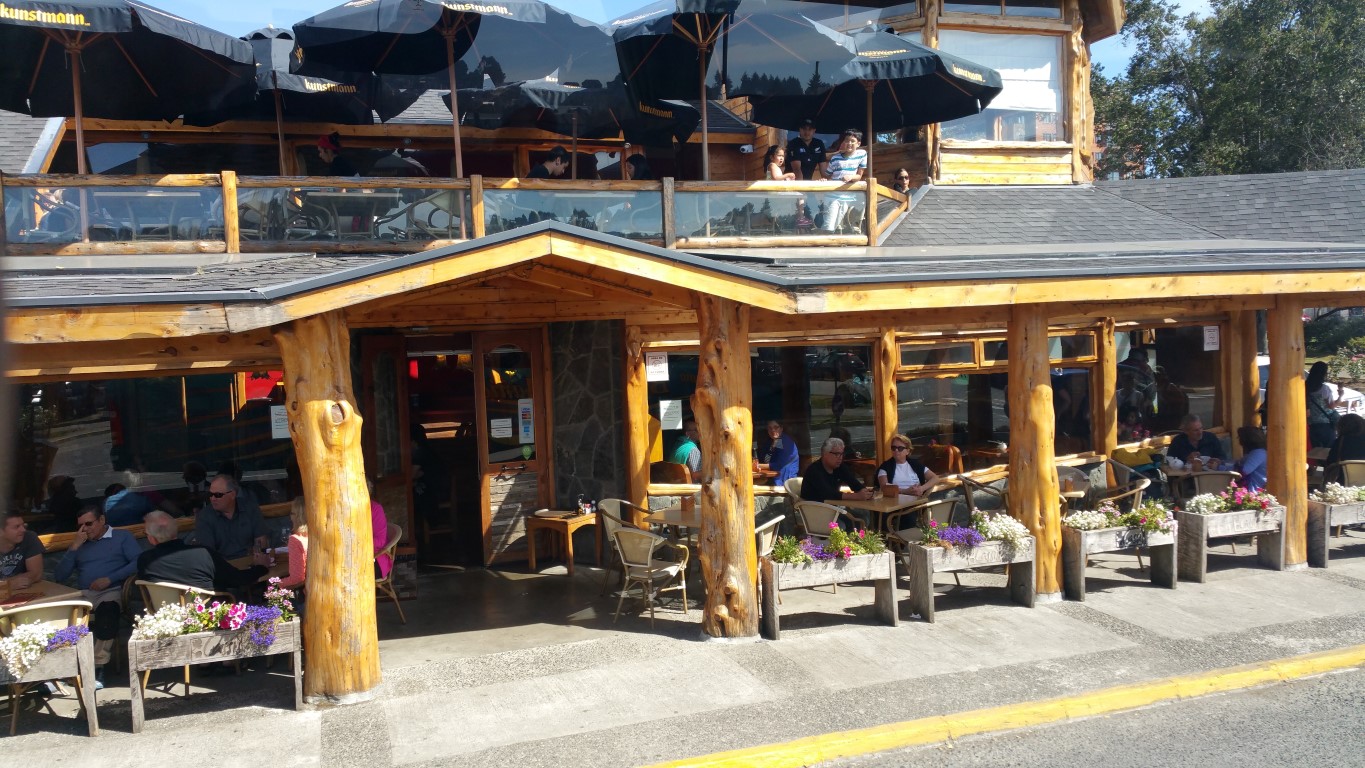 After our tour, it was time to head back to the ship.  The weather was so nice, we rode on the top of the tender and got some nice photos.  As we awaited sail-away, while relaxing on our balcony, we noticed a strange sight out in the harbor – a submarine! 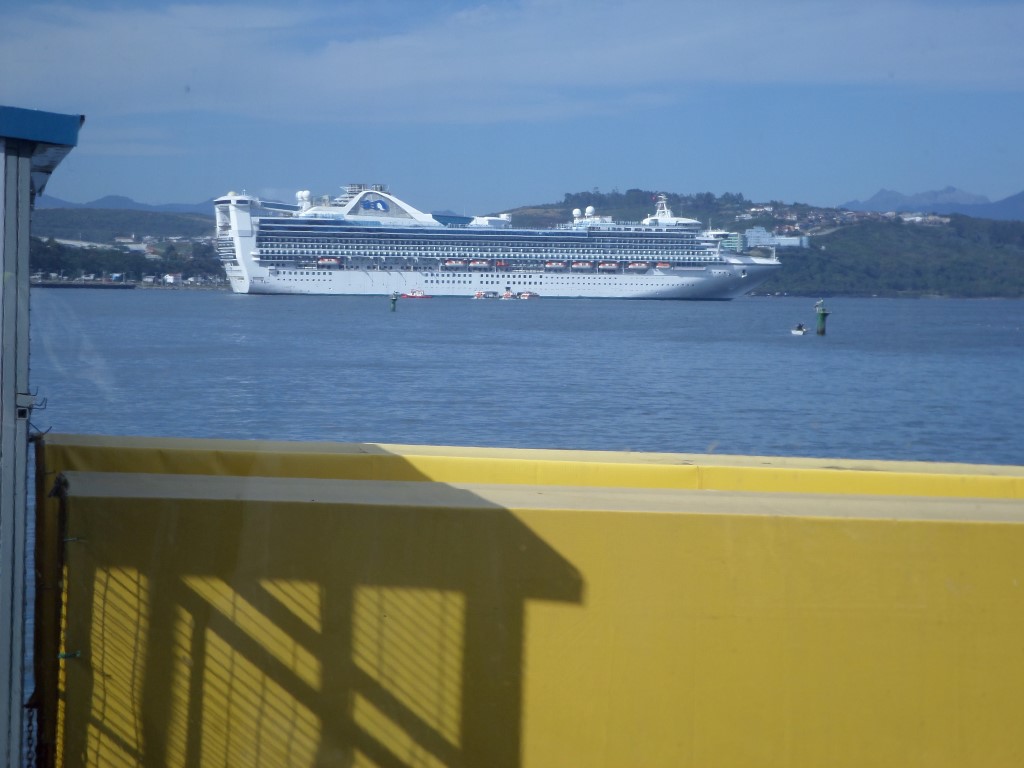 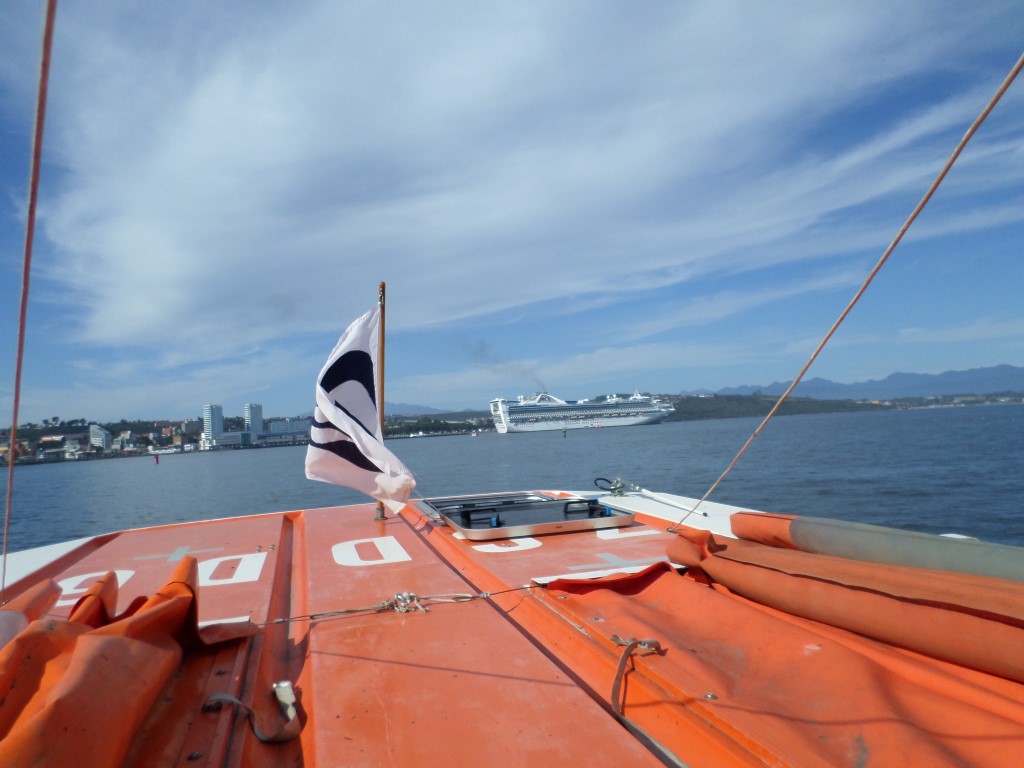 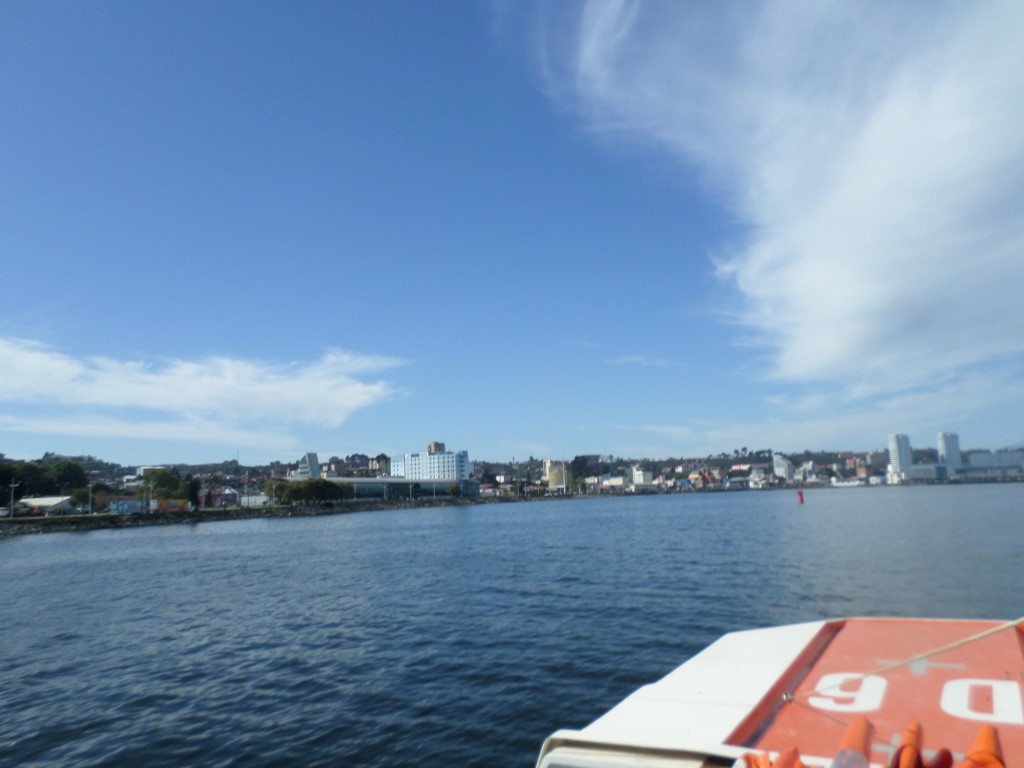 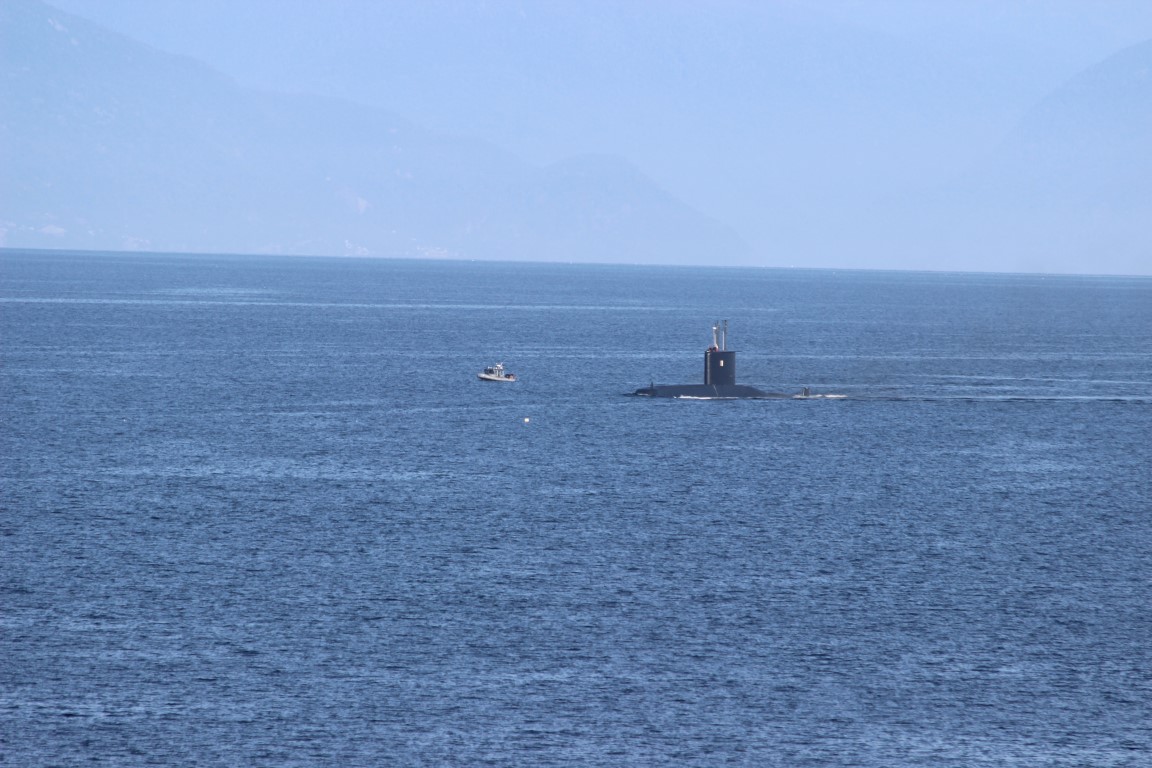 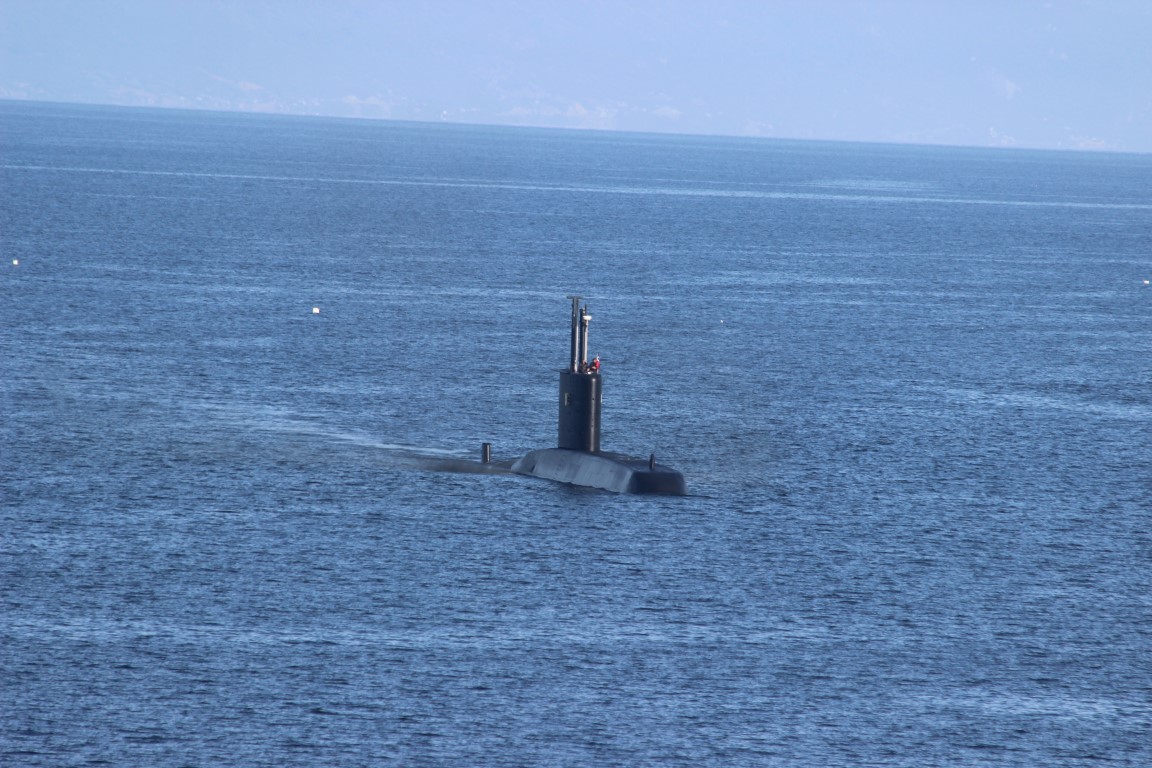 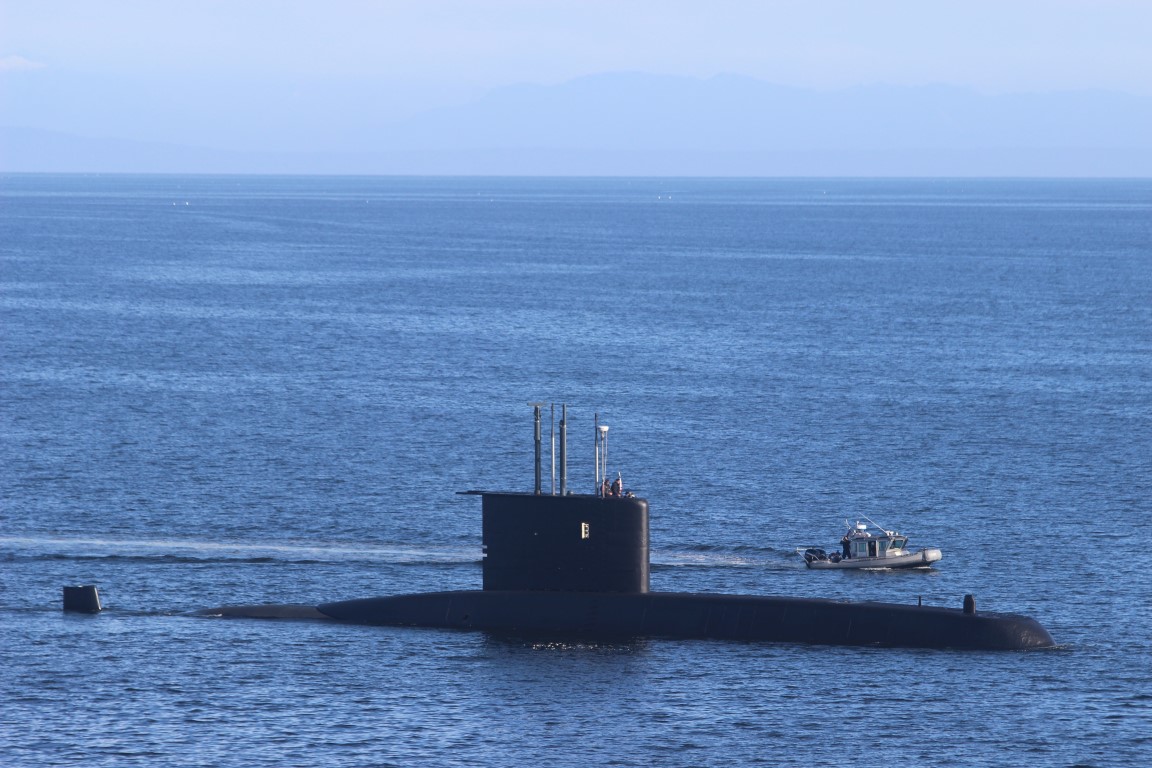 Now on to our last day at sea…