July 28th Solerno, Italy.  Our tour was supposed to take us on a boat cruise up the Amalfi coast and then go to Sorrento.  We learned after already getting on board our bus and leaving the terminal, that the boat cruise portion was cancelled due to weather (thunderstorms predicted in the area).  So instead of the cruise, we drove to Sorrento, and we also visited the city of Napoli (Naples).  Murray joined us for our excursion – and we had fun exploring and touring with him.

As we were arriving, we could tell the weather had changed.

Solerno Port. Our tour driver complained that ships still use this harbor, since it’s ugly – where there is a more beautiful harbor nearby. 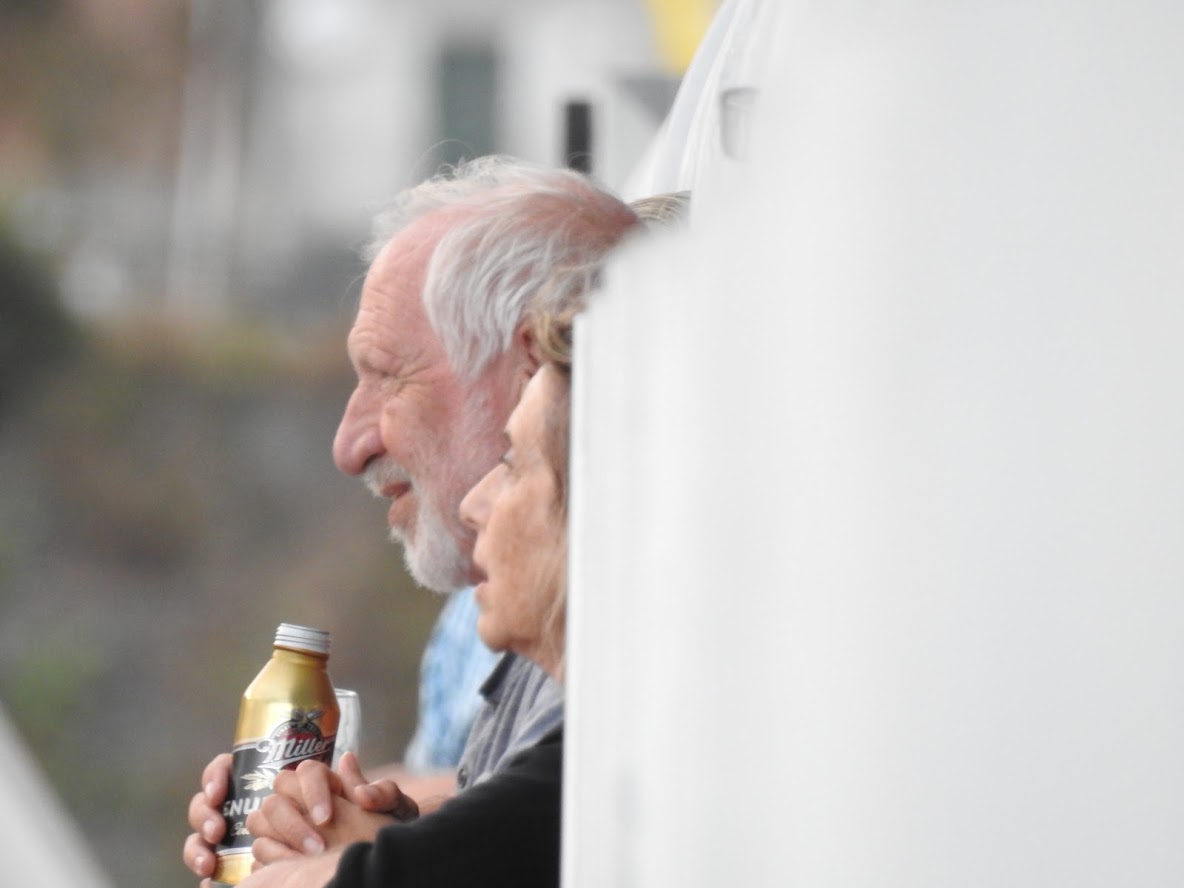 A family controversy!! Adam was testing out our very powerful zoom lens on our camera – and took this photo of his folks. When we looked at it later and shared it with his dad, we asked about the beer – and why he had it so early in the day. He insisted that he didn’t have any beer, and certainly not on the balcony….yet here is the photo!!! Turns out it was the passenger in the cabin next door, but it looks like it’s in his hand… we had some fun with this one!

A quick look back at our ship as we leave her for the day. 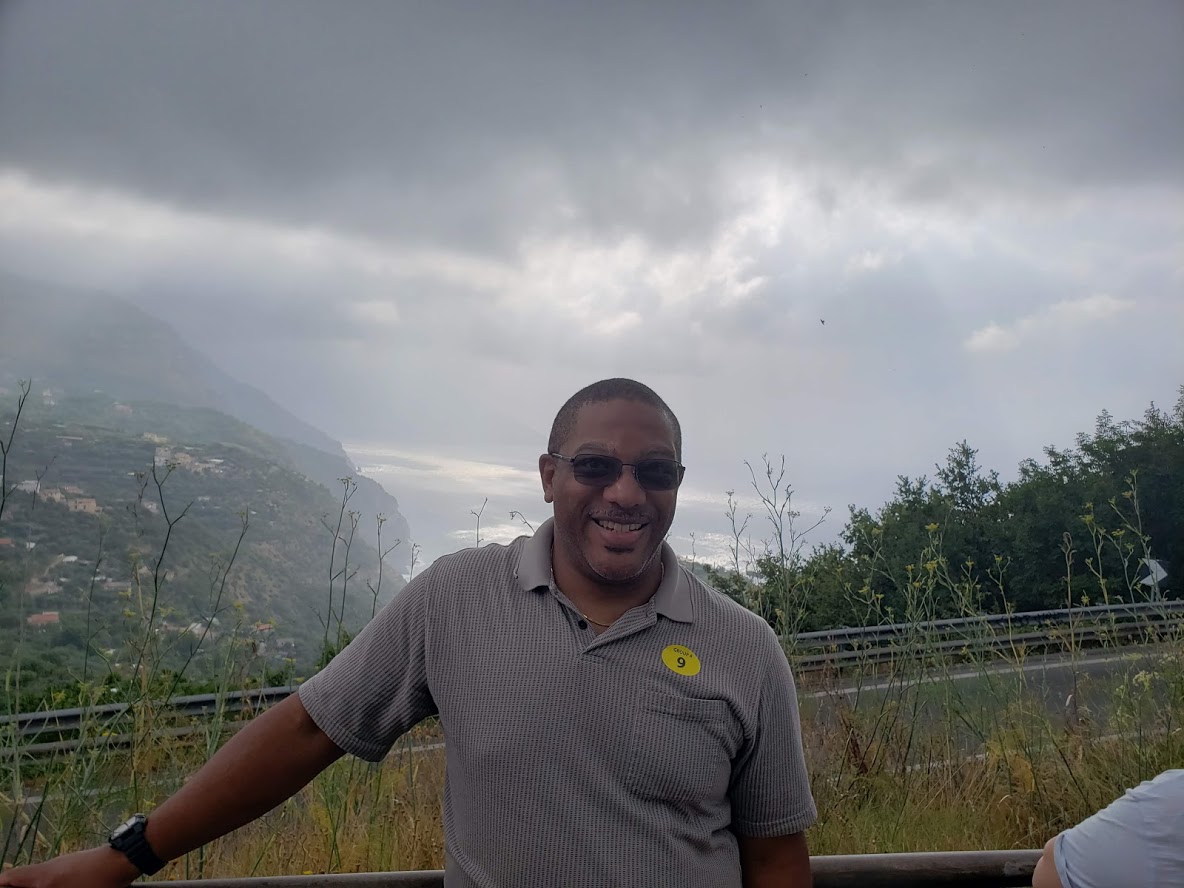 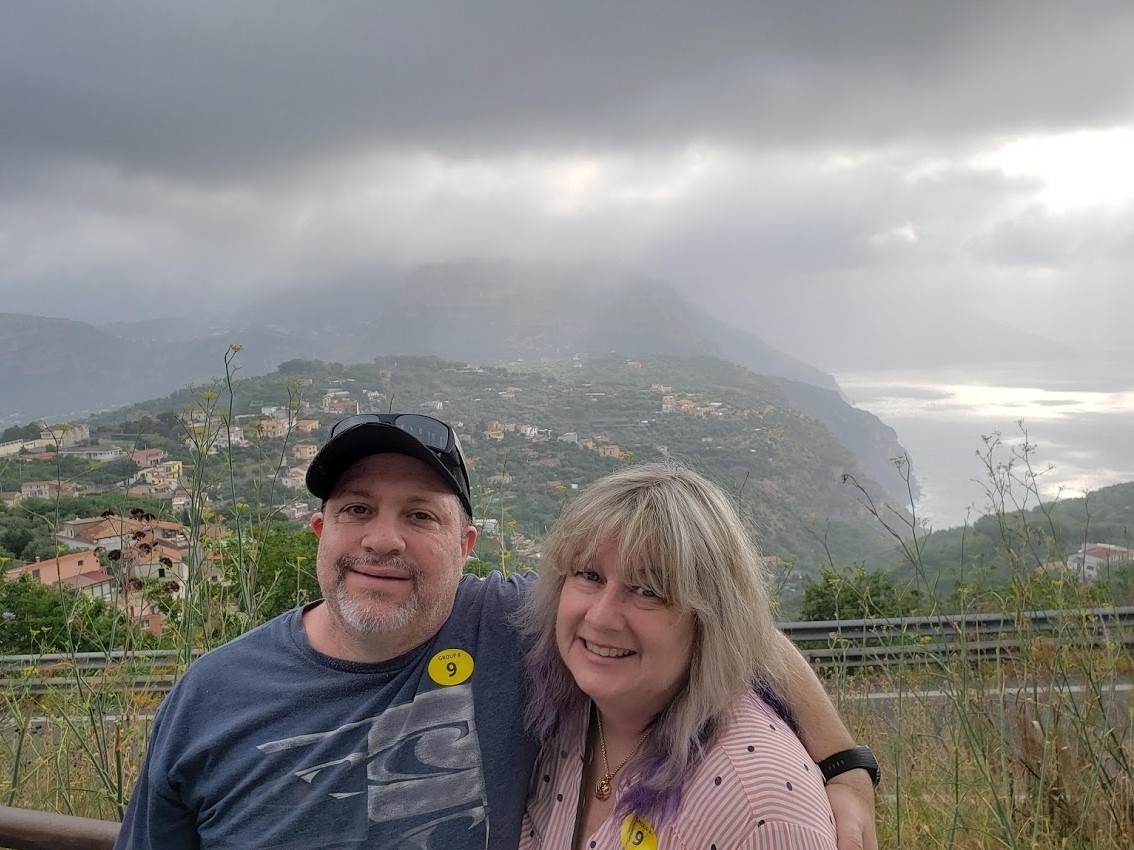 Our driver took us to a vantage point where you could view two harbors but the clouds interfered a bit.

Sorrento had a charming shopping district. We got caught in a short downpour, so we took advantage of the ‘down time’ to have more gelato!

Time for some shopping!

I loved how colorful the produce was in this little market!

Next we went to Napoli (Naples) and did some more shopping/walking around. We were a bit shocked at the amount of graffiti that was around these historic cities.

The weather cleared up a bit while we were in Napoli – so we visited the harbor area. 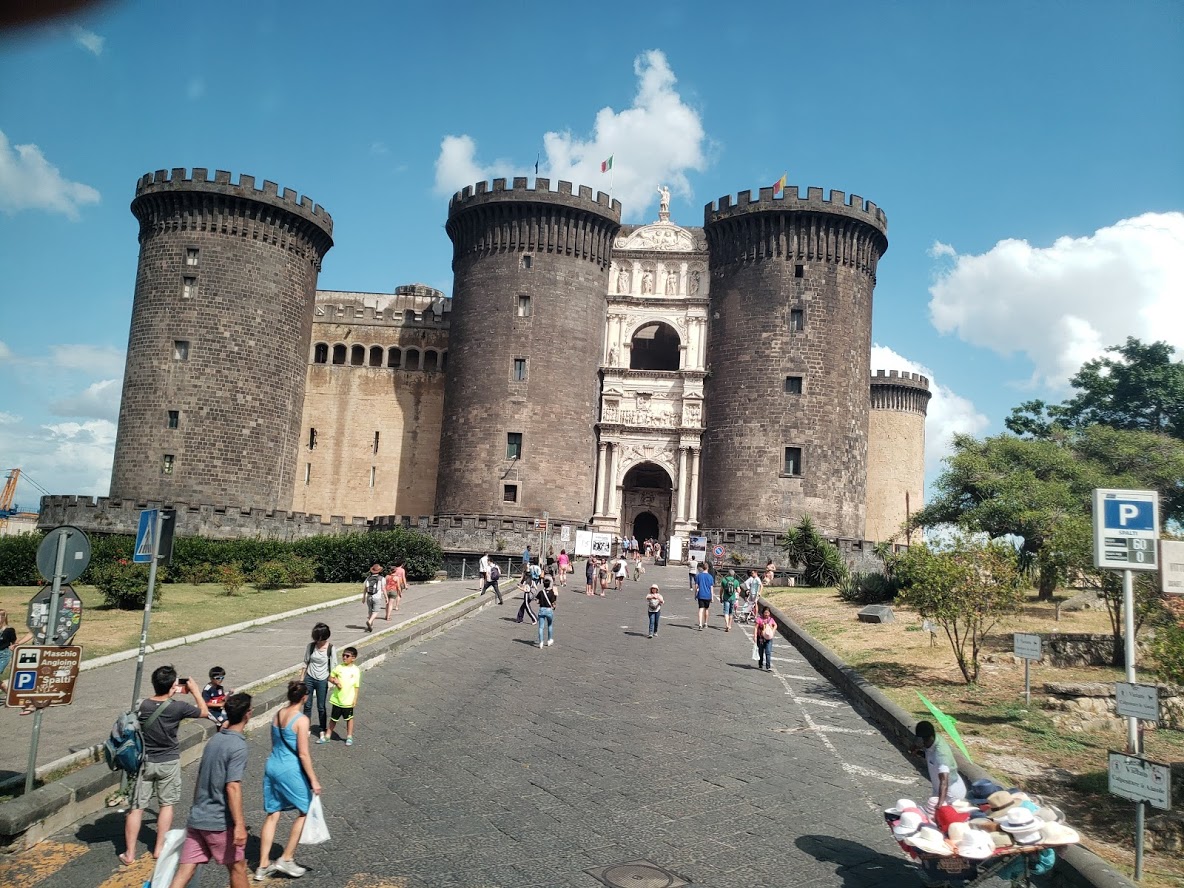 Castel Nuovo (English: “New Castle”), often called Maschio Angioino (Italian: “Angevin Keep”), is a medieval castle located in front of Piazza Municipio and the city hall (Palazzo San Giacomo) in central Naples, Campania, Italy. Its scenic location and imposing size makes the castle, first erected in 1279, one of the main architectural landmarks of the city. It was a royal seat for kings of Naples, Aragon and Spain until 1815. It is the headquarters of Neapolitan Society of Homeland History and of the Naples Committee of the Institute for the History of the Italian Risorgimento. In the complex there is also the civic museum, which includes the Palatine Chapel and the museum paths on the first and second floors. 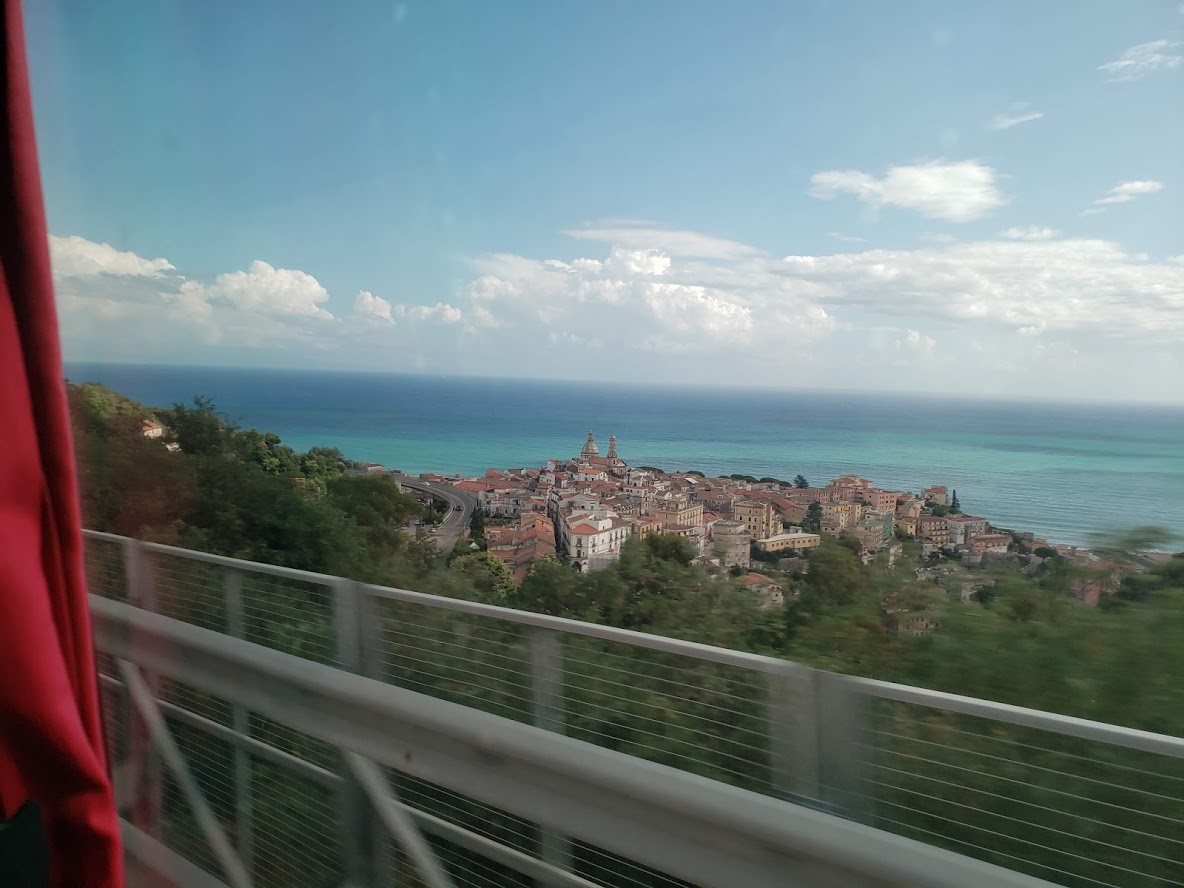 When we got back to the ship, we learned that Bonnie and Steve’s excursion had been cancelled, so they explored Solerno with Art and Cheryl.

We were going to complain that we were not told before the excursion left that our Amalfi cruise had been cancelled – and ask for a partial refund, but to our surprise, we had a note from the excursion office that they had already given us a partial refund.  This was good customer service!

We all met for dinner and compared stories of the day.  After dinner, they brought us a nice dessert to celebrate our 14th wedding anniversary.

After dinner, Susan played a little in the casino, and we had a nice evening on-board.

Next: A relaxing day at sea.