The ship isn’t letting people off until a bit later this morning so we didn’t have to get up quite as early. However we do have to get our immigration paperwork in order by around 8:45 so we couldn’t exactly sleep in very long. 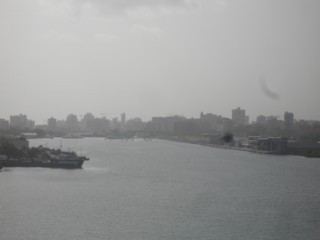 We were already docked when we got up this morning. As you can see it is a huge city.

After the immigration was done we got breakfast and not too long after that we went ashore to San Juan. It was really hot today and even still we decided to push onward with exploring and shopping. 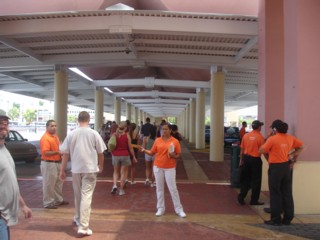 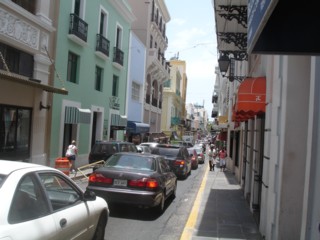 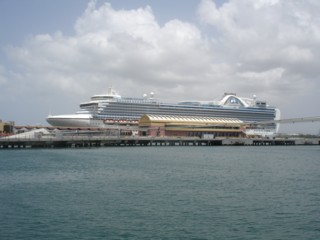 The first photo shows the folks greeting us (well.. trying to sell us stuff) as we got off the ship. The next photo shows mom in the House of Representatives building. Next is a shot of the narrow shopping streets and finally a picture of our ship from the street leading to the dock.

Unfortunately the prices weren’t really quite as cheap for things as we were lead to believe so we didn’t buy much of anything.. Well, except for Kevin. He found a watch he really liked and decided to purchase it. It’s a really nice looking watch and he got it at a great price!

Jack purchased a panama hat and a rubber bracelet and that was about it. Then we went back to the ship for lunch and then back out to explore again. We took a trolley to an old Fort (Castillo de San Critobal). It was pretty beat up from the years of weather but we had fun exploring it. 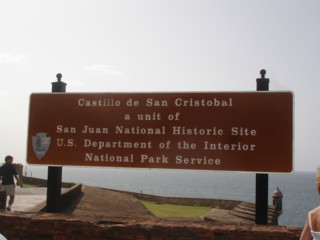 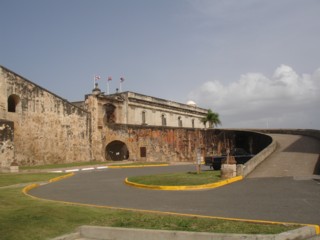 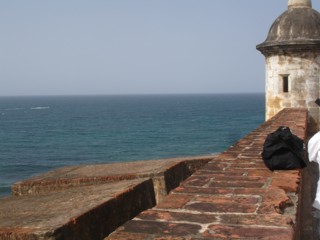 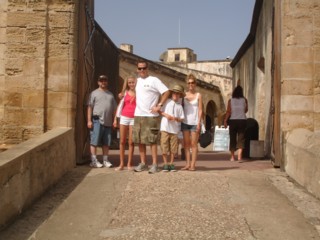 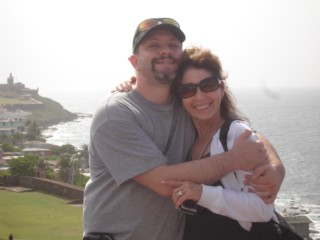 Some photos of the fort and us enjoying it.

We did a bit more shopping and some of the girls picked up some bags but it was running late and we had to get back to the ship by 5:30. 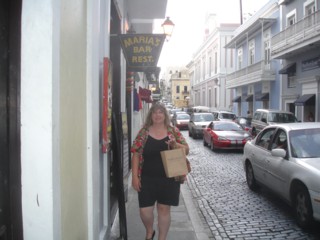 A happy Susan with her bag purchase.

We sailed away from San Jaun as we ate dinner. 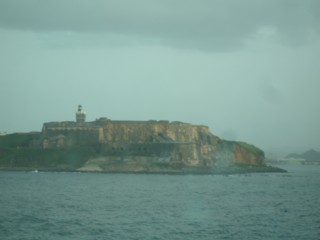 The fort as seen from the back of the ship.

After dinner on the ship we went to play 80’s musical trivia! We did great but missed a few questions and wound up coming in 2nd. Then we went to play “Princess Millionaire!” where you can win some great prizes such as a luggage tag or a coffee mug or the grand prize.. a polo shirt! We enjoyed watching the first two contestants go up but the third contestant was Kevin! He did a really great job and answered a lot of the questions but needed a little help on some (Mom helped on the princess ship that was the love boat (Pacific Princess) and he had some help from the audience and used his 50/50) but mostly all the answers he gave were right! 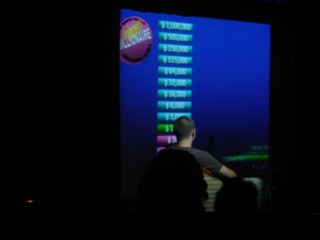 He won a luggage tag, a luggage strap, and a coffee mug! Wahoo!!! 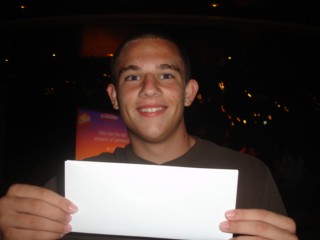 Well unfortunately we have to get up early tomorrow but we have another day to go ashore tomorrow. We will be in St. Thomas where we are told the shopping is even cheaper than it was on San Juan. We (Adam and Susan) are planning on shopping most of the day which most everyone else is planning to do a day of half-shopping and half-going to the beach. Can’t wait to see what fun tomorrow will bring!