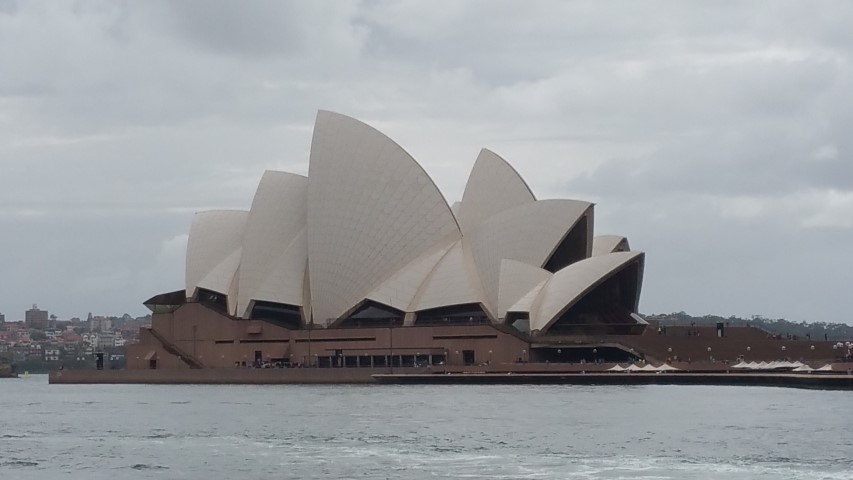 Arrival in Sydney & Bondi Beach- the day before our Cruise

After a very looooong flight in very uncomfortable coach seats – we arrived in Sydney Australia. We grabbed a cab from the Airport, and headed for our hotel.  Took some photos of the sights along the way – those folks walk and drive on the wrong side! 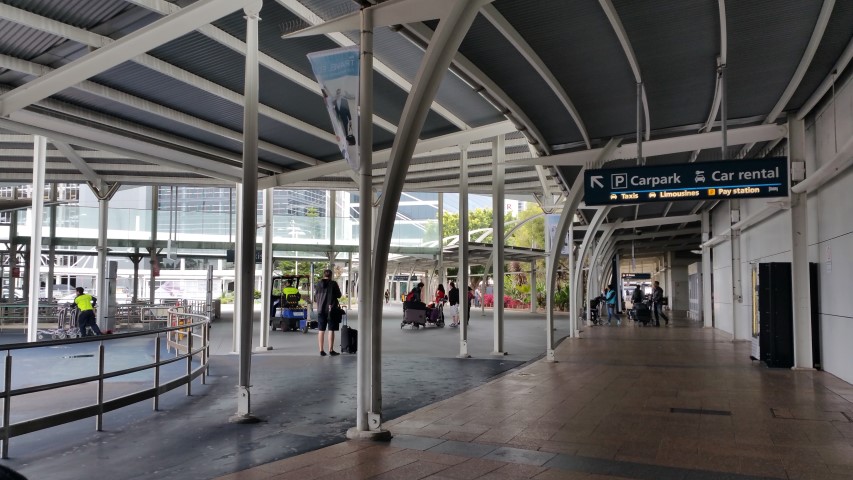 Sydney airport. It was pretty quiet. Getting a cab was no problem 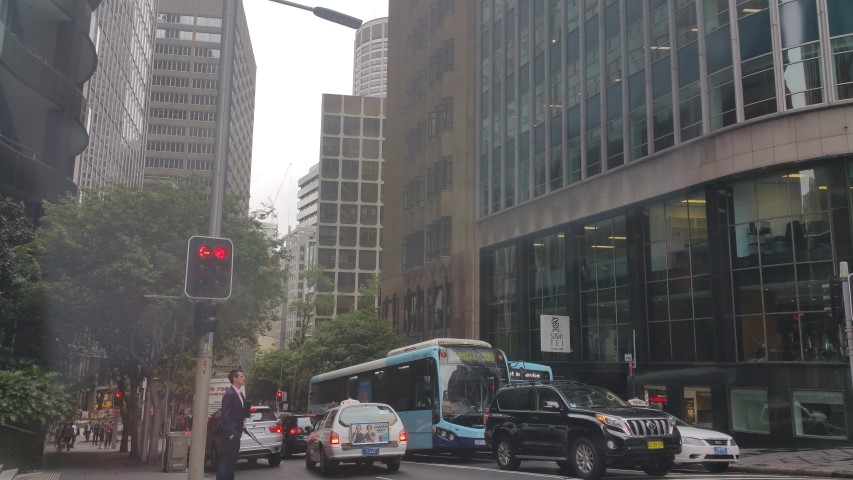 The entrance to our hotel. It was rainy and a bit cool. We didn’t realize how close we were to the harbor – it was literally across the street… so convenient!

So hard to get used to the steering wheel on the “wrong” side!

After we checked into our room, we took a walk around the hotel. We couldn’t see the harbor from our window but it was across the street and under a bridge. We actually were able to walk to our ship!  We were jet-lagged but wanted to stay awake until night so we could re-set our internal clocks. 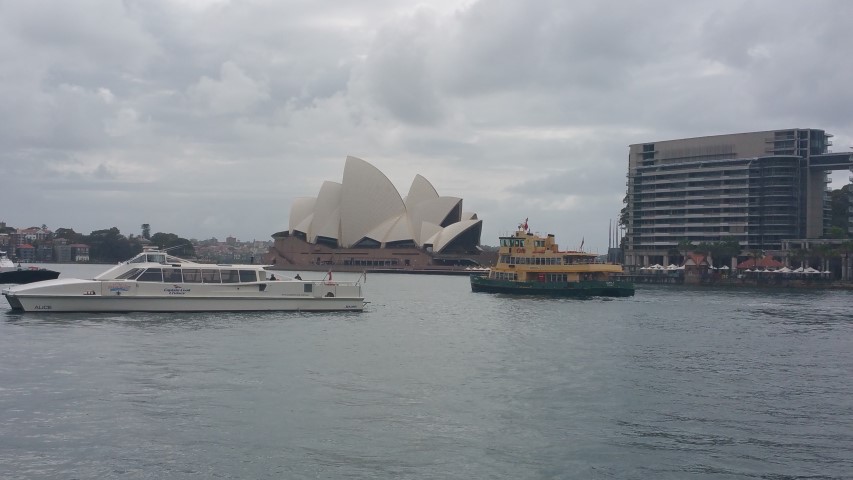 The famous Opera House! We took way too many photos of it!

Nice courtyard area in the harbor – lots of folks hanging out here. There were restaurants and shops nearby. 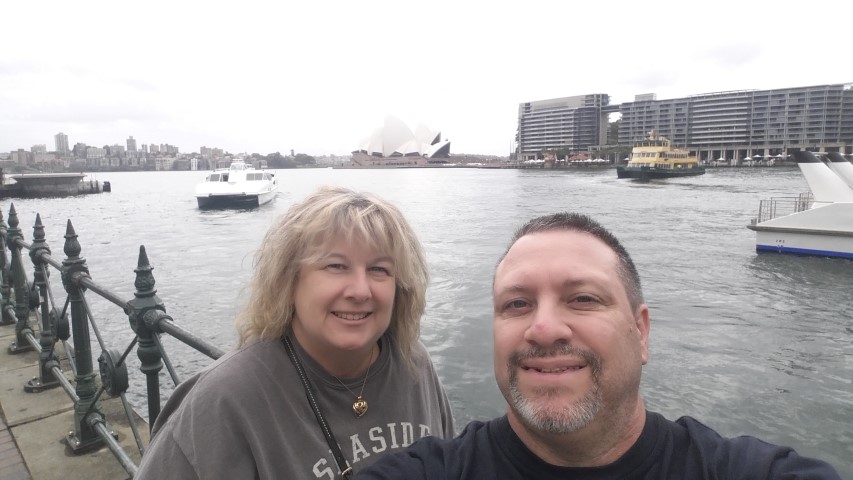 Selfie time! The weather wasn’t great, and we were pretty tired.

Another iconic sight: Sydney Harbor Bridge. There were folks hiking up to the top (but we read it cost nearly $100 to do so!) 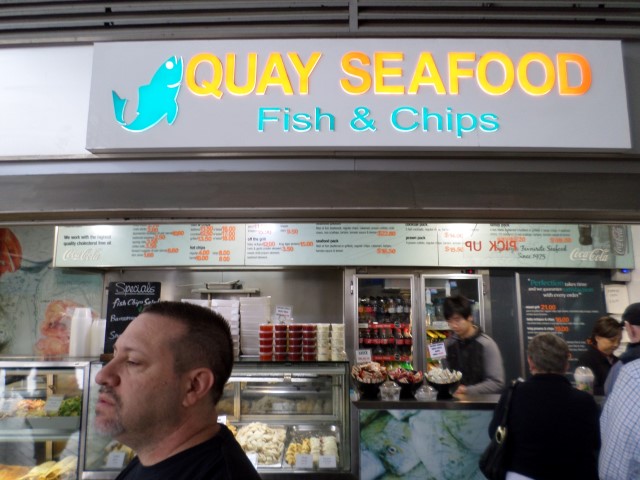 We had lunch here – Adam said it was some of the best Fish’n’Chips he’d ever had. We sat on a nearby bench, and a seagull stole some of my food with an air-attack!

We heard that “Bondi Beach ((/ˈbɒndaɪ/ bon-dye) was a nice place to visit – so we hired a cab and set off across town.  Later we found out that we could have taken a hop-on/hop-off bus tour – but we’ll know better next time.  The weather was yukky, but we still had a nice visit. 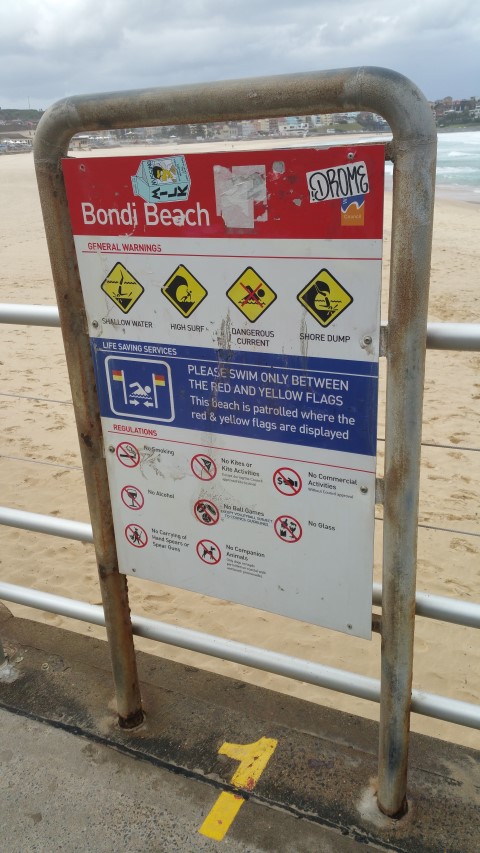 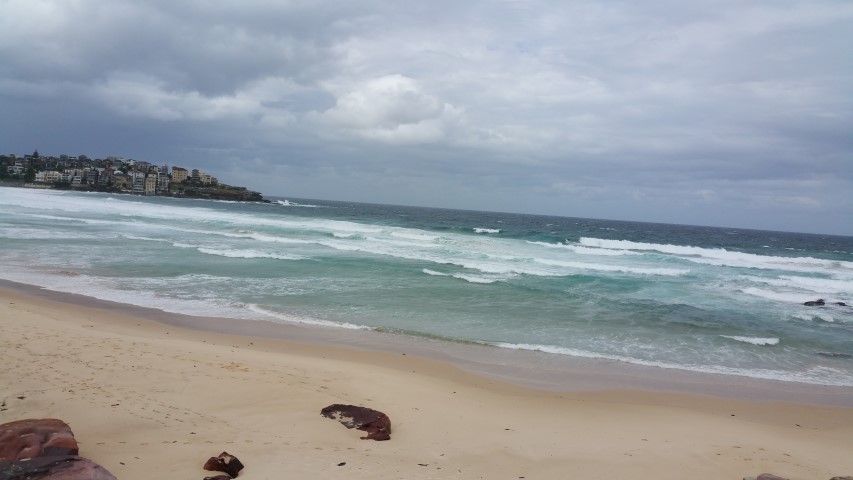 Wish the weather had been nicer – it’s a beautiful beach! 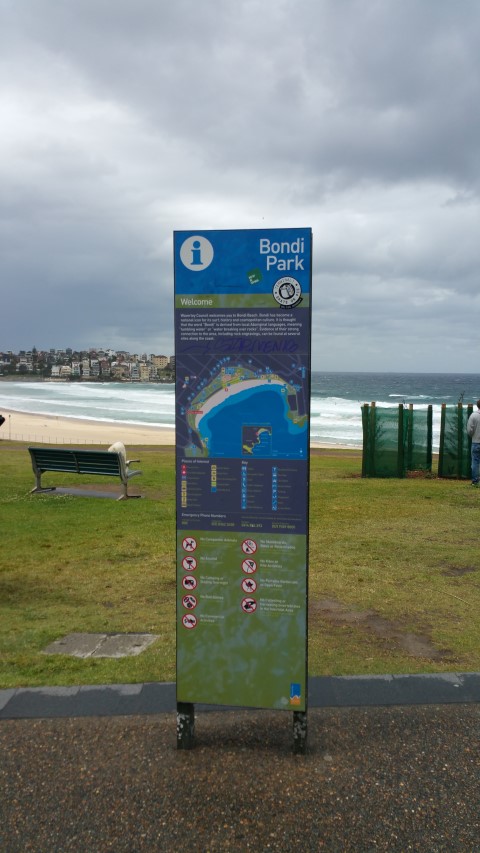 Adam – the rain stopped for a few minutes and we snapped some photos!

We took another cab back to our hotel, did some more walking around and headed to bed early because we were so tired.  Tomorrow our ship comes in!

On to the next day!