Ah days at sea.. they are very relaxing! Once again we are combining 3 days into one page since we’ve been watching a lot of movies, going to the art shows, seeing lots of dance shows, etc. Mostly though we’ve been spending time on the balcony and just taking it easy.

Our first day at sea was a little cold and rainy.. 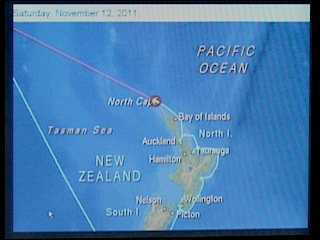 However by the second day it got better! 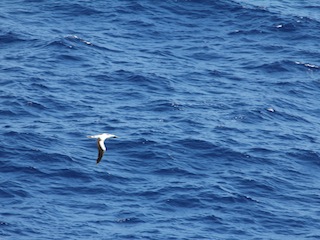 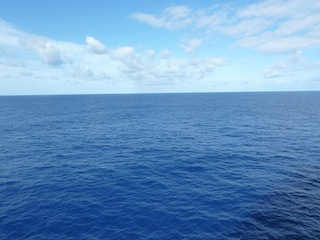 Because it got so stormy on the night of the champaign waterfall at the beginning on the cruise they had it tonight! 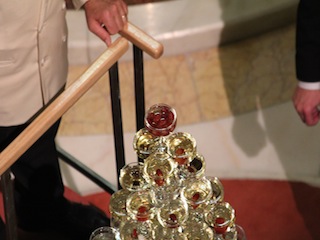 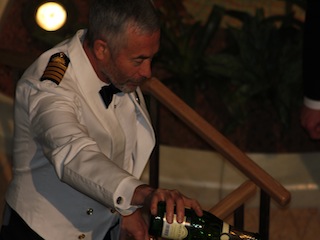 That’s the captain right there pouring some champaign.

Then they had a balloon drop.

Susan was having fun! 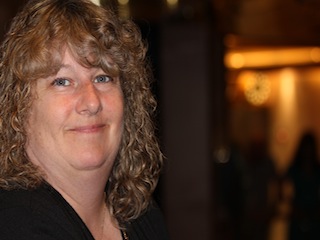 It was a beautiful sunset… 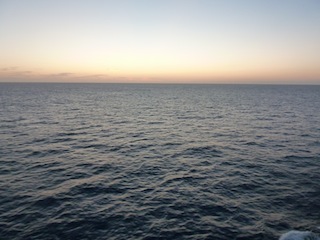 The next day (our last day of the cruise) they had an egg drop contest where people had to put a raw egg into an invention of things found only on the ship and drop it from the top of the atrium and make sure it doesn’t break. People came up with all kinds of funny things. 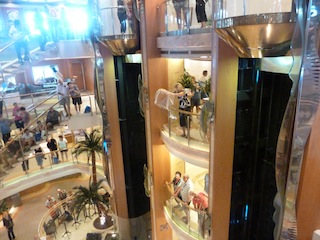 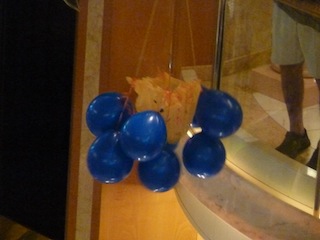 There was like 6 contestants and only 1 had an egg that broke. Pretty good!

Then we went to a behind the scenes tour of the show stage and we got to meet the performers and go back stage. Its amazing what a small area it is back there with all their props and costume changes and stuff. Here’s the cast posing for a photo. 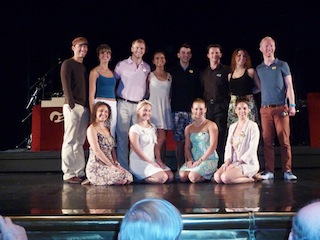 They were a very talented bunch and we enjoyed their shows very much!

Then it was time for our last supper with Mike and Nannette. 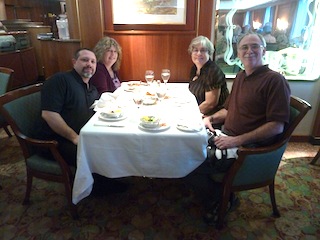 They were really nice folks and we enjoyed our time with them. Hopefully we’ll see them again some day! 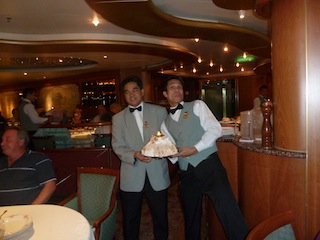 It was a lot of fun. Sonny was our waiter and John was his assistant.

After dinner we went to an international crew show where the crew members showcased their talents and put on a little goodbye show for us. It was really funny but it, of course, started with the one thing that gives cruises the most pleasure.. the most fun. Forget the money spent on shows and whatnot.. people love what happens when you open a $5 bag of balloons! 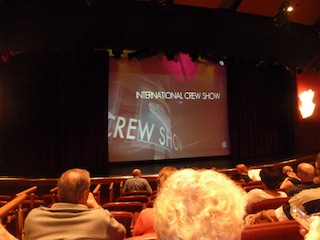 Unfortunately that wil about wind it up for our cruise. We have to meet for our transfer at 7:15 tomorrow so we won’t have much time onboard. Flying home tomorrow.

Here’s the random pic of the day(s)! 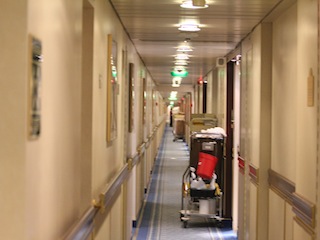