We slept in a bit and up went to breakfast/lunch and browsed around the outdoor mall a little to do some last minute poking around at the gift stores. We noticed that things were a little different here today than they were yesterday. Women were wearing fancy dresses and some wore funny hats and there was a new booth that had been set up with TV screens and all sorts of other stuff and people seemed to be coming from all over .. to bet on the Melbourne Cup horse race! 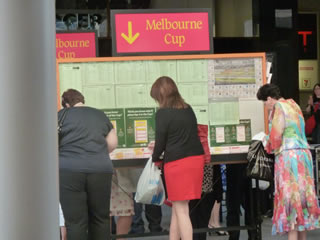 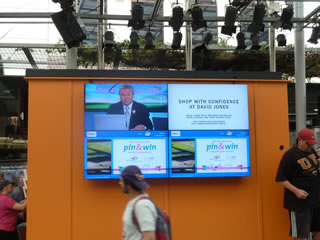 Mike had told us that this was coming and that the whole country basically shuts down to watch the race. It’s a tradition and something most everyone participates in. So we decided to “have a go” and try our luck. The “favorite” horse to win was Americain followed by Dunaden. Well since Dunaden is our first stop in New Zealand (well, actually Dunedin but we thought it was close enough!) it seemed only fitting to bet on that and of course Americain. So we bet on both horses to win and to place. 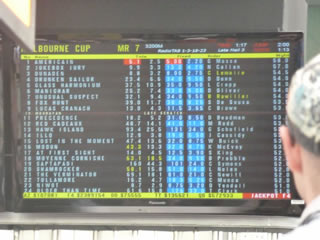 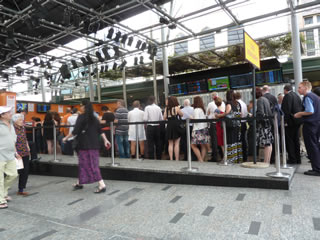 Way too hard to see in the small pictures but in the first one Americain was showing as the favorite with the tote being 5.1 (so that being the payback on every dollar bet) and placing at 2.5. Dunaden was 8.8 and 3.2. The second picture is the long line of people waiting to enter their bet.

As the race got closer the crowd grew until the start of the race.. then everyone cheered and had a great time! 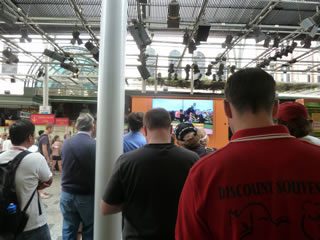 As luck would have it Dunaden wound up winning the race in the closest photo finish ever and Americain came in 3rd! So we got paid for the win and place for both horses. All totalled we got paid about $118 and we had bet $40 so a profit of $78. Not bad at all! Here’s our winning ticket: 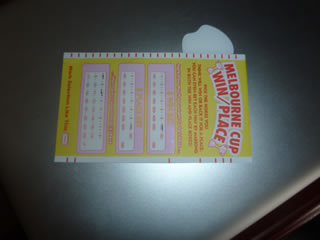 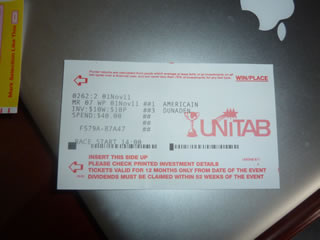 We went back to the hotel to get ready for dinner. We’ve had a really good time here in Brisbane. We got picked up by Mike and Cathy and taken to this really nice Steak/Seafood restaurant called Breakfast Creek Hotel (even though we were having dinner) and I have an amazing Filet Minon and Susan had a Bay Bug which was like a mix beween lobster and shrimp. Here’s a photo of the bug meal and a photo of us and Mike: 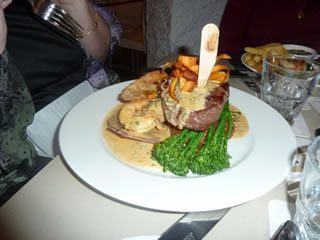 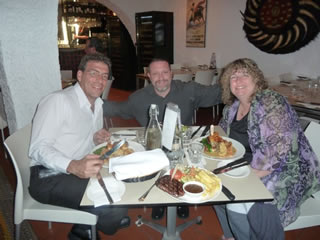 After dinner we drove around for a while and got a final tour of Brisbane. We would up at an observatory that had a beautiful view of Brisbane at night. We couldn’t get a good photo but this is the best we got: 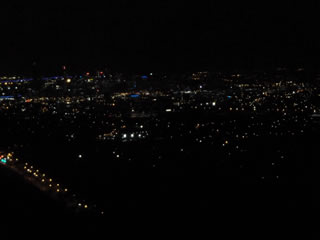 It was an awesome day and we had a lot of fun. Tomorrow we plan to have breakfast and then we have to take a taxi to the ship. Ready to start our cruise to New Zealand! We are hearing about bad weather there.. hopefully it clears up soon.