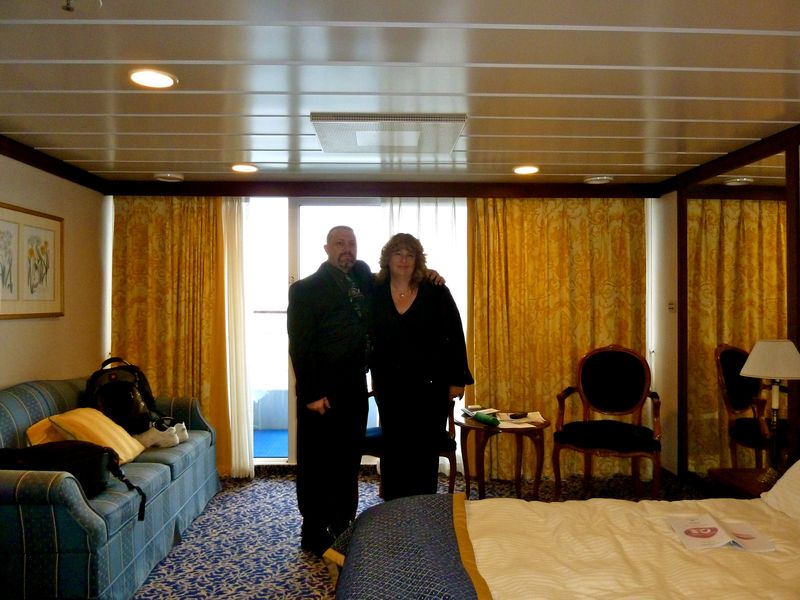 A relaxing day at sea

Today was our first full day at sea on the Ocean Princess.  Unfortunately, we are having problems uploading our blog to the mobile.me website.  For a very long time we’ve been hearing how Apple products are superior because they ‘just work’ but we are not having that experience at all.  From home, we got the site all set up so that all we would need to do is add photos and a daily blog entry, and “publish” and it would be good….but unfortunately, when we hit the ‘publish’ button it asks us to log in, and if we say ‘ok’ then it takes us to a page that we’re already logged into, and the only available choice is to log off… *sigh*  Oh well, maybe we’ll get lucky and there will be an internet cafe in Halifax that we can borrow some time on, and we will be able to get it uploaded.  We’re a bit bummed about that but there’s not much we can do about it. We’ve asked a few mac folks here on the ship if they can help…nobody is experienced enough with mac to help.  Internet access is over 50-cents a minute or I’d spend some time searching the web.  *shrug*

Anyhow, today was a nice relaxing day. We slept in…something we haven’t been able to do at home since we brought the Aussies home.  Then we had a leisurely breakfast at the buffet.  After that we met up with our fellow Cruise Critic members at the Cruise Critic Meet and Greet in that Tahitian Lounge.  ‘xliblady’ (aka Susan-number-1) did an excellent job of arranging it, invited the captain of the ship and the cruise director and they both came and visited with us.  We met some very nice folks from England and spoke about healthcare and cruises we had been on before.  The captain told us he wasn’t sure if the weather was going to behave for us in our first port tomorrow, but he was hopeful. 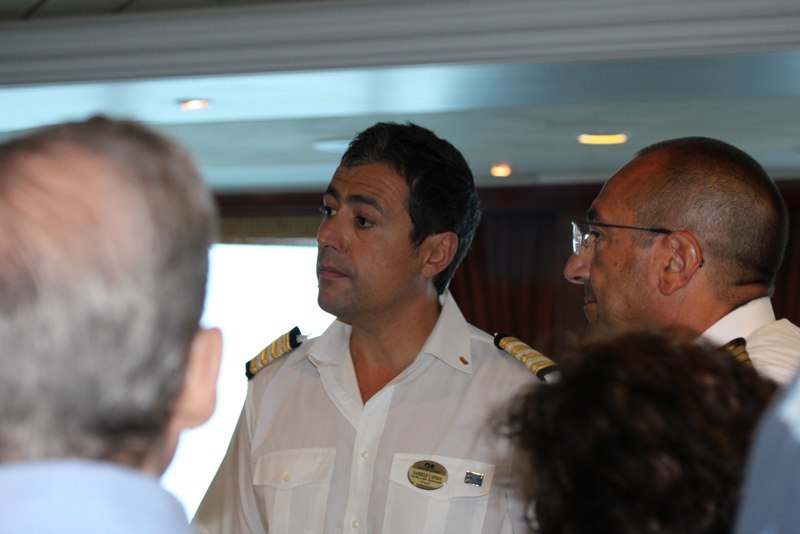 The Captain joined us at our Cruise Critic Meet and Greet 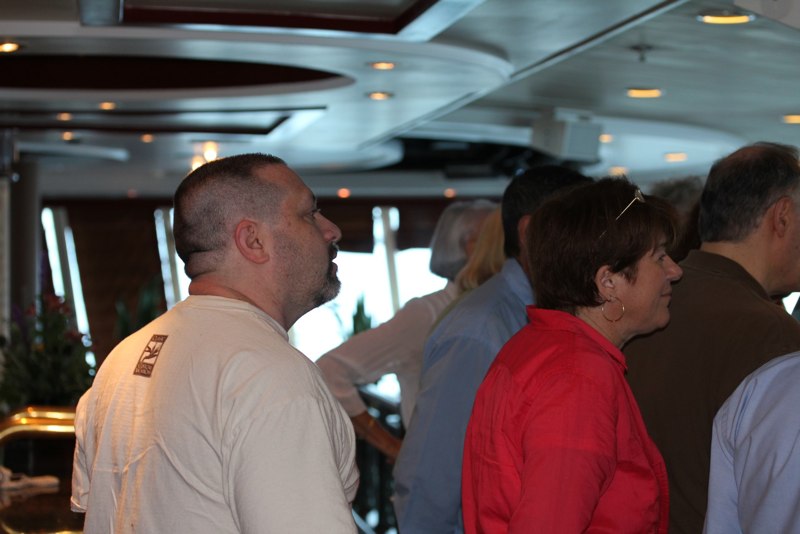 Adam at the Meet and Greet 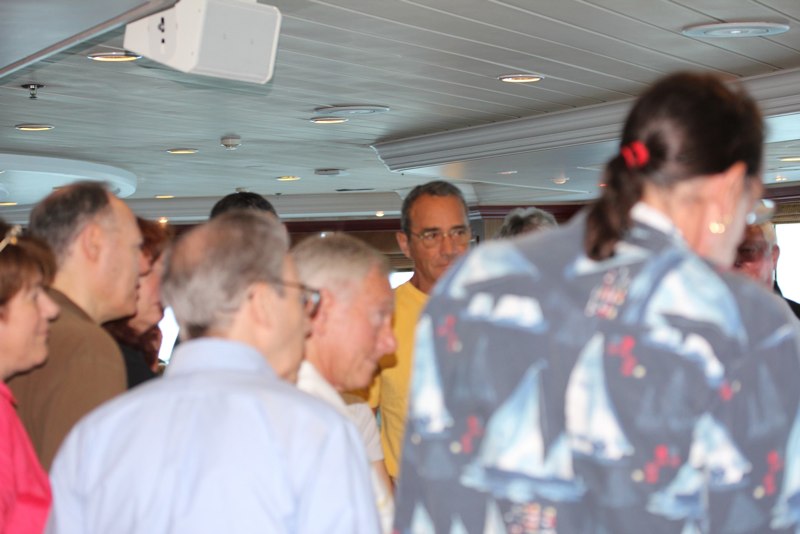 Everyone listening at the Meet and Greet

After the meet and greet, I was feeling a bit woozy, so I came down to the cabin to rest up…after than, we walked around the ship and did a little exploring.  It’s a small ship so there’s not a lot of things left to explore.  I played in the casino a bit on the penny-slots, and did fairly well, and then it was time to get ready for dinner. It was formal night so we got all dressed up…Adam in his new suit that looked very nice, and me in a black fancy blouse …and we headed for the dining room.

Last night, we had zero dinner-mates and when we first arrived, we again had zero dinner mates.  We had heard that a good number of people missed the ship in New York and would join us in Halifax and we began to think that our table-mates were all among that group, however soon we were joined by two more couples. We did have one set of two open seats, hopefully they’ll join us tomorrow.  One of the couples at our table is from Arizona and the other from Connecticut – more about them later in the cruise I’m sure.  We had a very nice time chatting with them and getting to know them a bit more.

After dinner, it was a show in the main lounge – “Gotta Dance, Gotta Sing” production number.  The dancers and singers are quite talented and did a nice job.  After that, we headed over to the casino again for a little more penny-slot action.  And now it’s time to head for bed. We have an early excursion tomorrow in Halifax. We are going to go to Peggy’s cove and have a lobster luncheon.  We are told that the lobster here is even better than in Maine, but that remains to be seen.