Today we sail through College Fjord on our last day. It’s been a GREAT cruise and weather has been perfect! 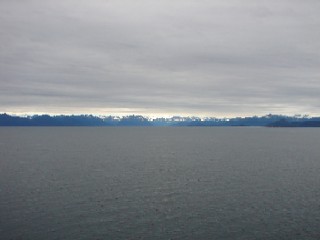 We slept in a bit and got up for breakfast. Then we went to a Culinary show. 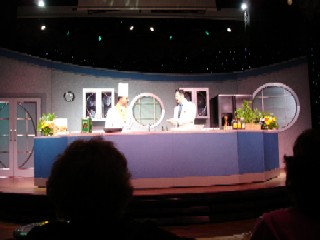 The head chef and Maitre d’Hotel were pretty funny together. We enjoyed the show we had seen on the Tahitian Princess much better because it was a lot funnier – but this one was OK.

After that we got a tour of the Galley. 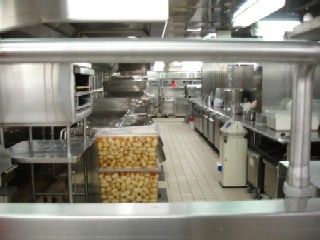 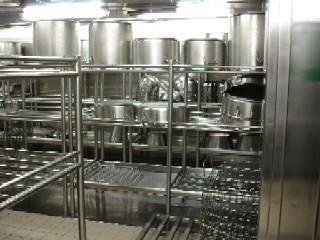 The Galley was spotless. In case you’re wondering, the photo on the left has a bunch of freshly peeled potatoes.

After that it was time for a special Pastry Buffet! Unknown to us it was also a seafood buffet! So we ate and ate for our last “big” meal. It was great!

Then we went and bought some photos from the photo gallery. We hate paying so much for the things but it’s nice to have some professional photos instead of the garbage we take. Actually – I think we do quite well. Anyhow those purchased photos are the ones you’ve been clicking on to make bigger.

Time for a very brief tour of the ship! This thing is MASSIVE so instead of filling up 40 pictures worth we selected only a few to be put online.

Here’s a photo of a hallway like the one with our room. This ship is so big that this long hallway ends and then goes around a small corner and then continues the whole length of it again! 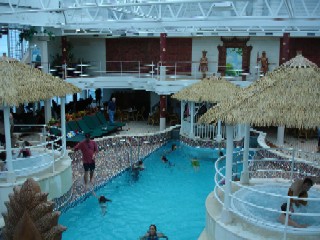 This is the indoor pool area. This is where we swam whenever we felt like we wanted to since it was enclosed and much much warmer than air around the pool outside. It was very nice.

This is the outdoor pool… with nobody in it. It actually did have people in it lots of times but it was not nearly as popular as the other pool. 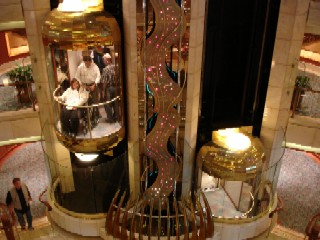 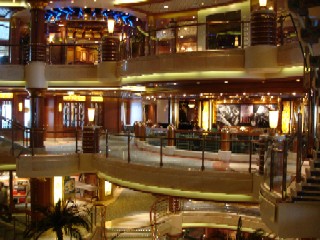 This is the main lobby. It was like a 3 story shopping mall complete with a glass elevator and all sorts of shops. 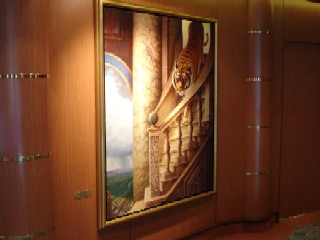 This was a familiar looking painting at the top of the “mall”. I know I’ve seen that somewhere before..

A nice shot of a walkway. This ship was so big that huge hallways like this were almost always empty. Other spots of the ship were jammed all the time. The ship was absolutely beautiful. 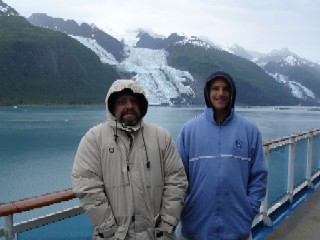 We are entering College Fjord! Adam is freezing. Kevin is happy. 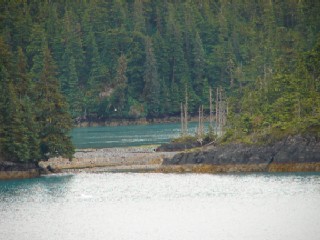 Some of the beautiful scenery as we pulled in the fjord. Notice how blue the ice is. Perhaps we will see more ice?

Yes as it so happens, there was a couple of other pieces of ice around.

Here’s a few shots of the main glacier we visited (Harvard glacier). It was awesome! Look how blue it is. It crashed down all sorts of ice while we were there. 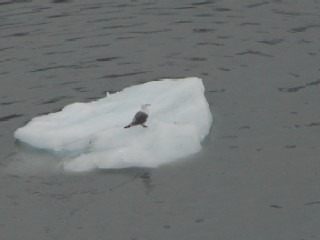 Heading out we spotted this bird relaxing on an iceberg.

After that we had a quick buffet dinner and then went to the farewell show where we saw the magician we liked so much again and the comedian was back as well – and this time he was much better.

After that we went to the talent show finals. “Princess Pop Star” finals it was. It was a fun show and the one we picked to win won hands down.

Our ship will dock tomorrow morning at approximately 1am and .. woah look at that it’s midnight now as I’m writing this and we seem to be pulling into port a bit early. It’s very windy and raining very hard. I am on the balcony and we are getting rained on quite hard. We need to be up early tomorrow since we need to leave the ship by 7:15am.

On to the Final Day