Today our tour was to the Anne Frank Museum,

Before we got to the museum, we had a short driving tour around Amsterdam – here are several of the sights we were treated to… 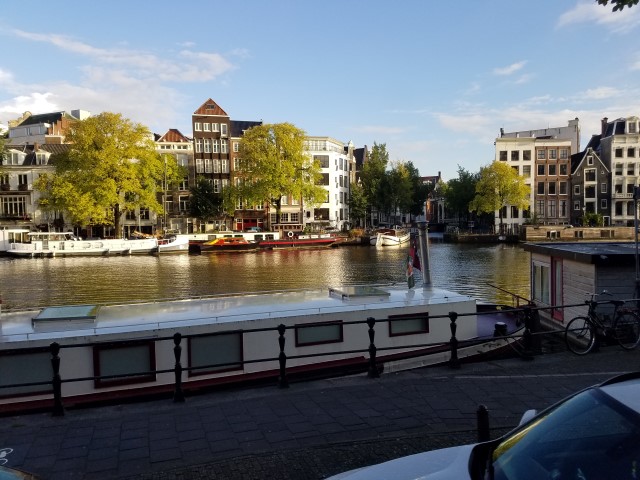 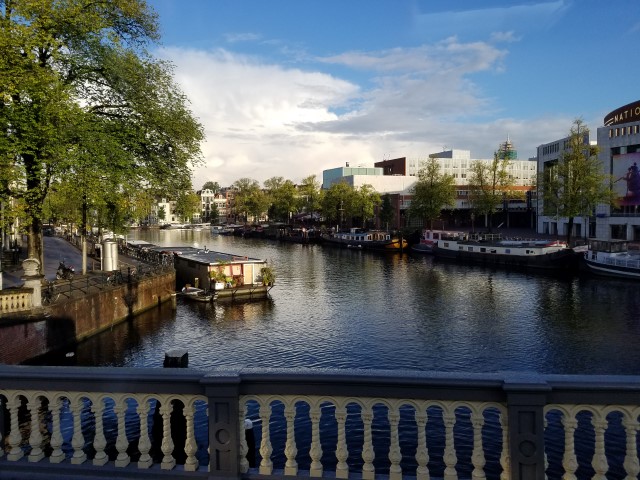 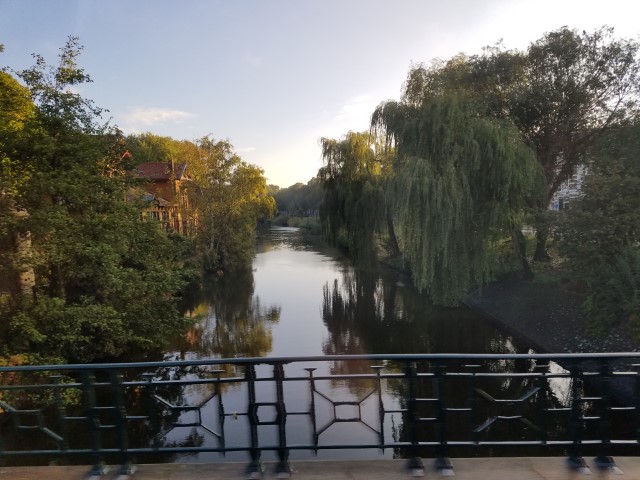 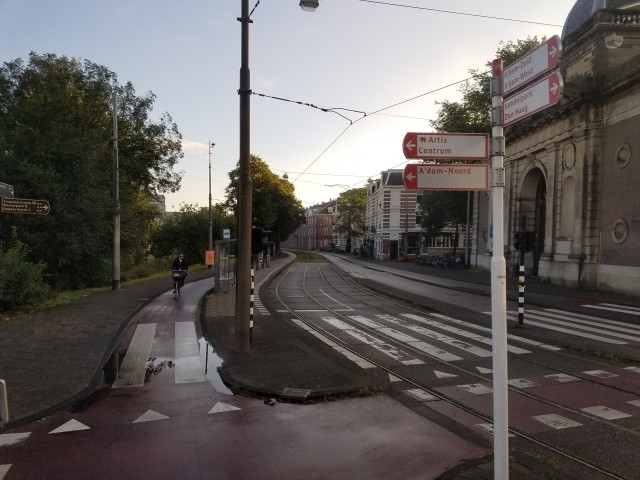 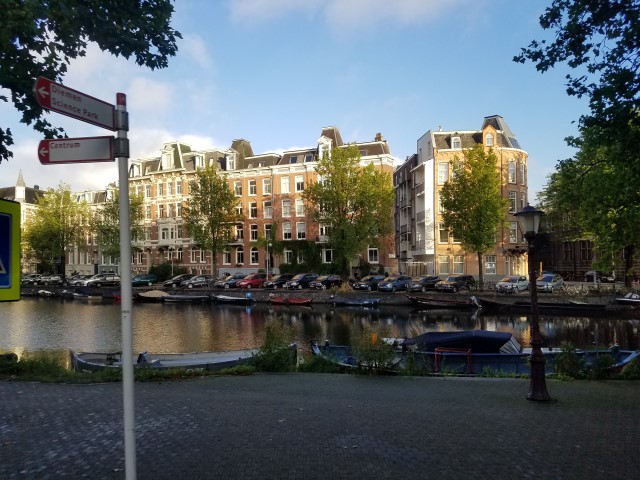 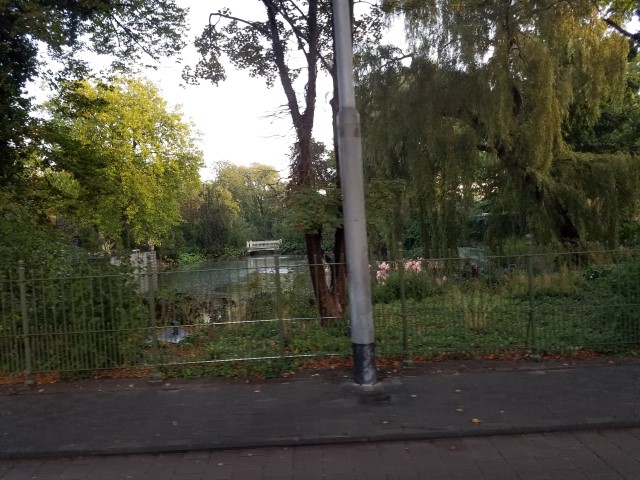 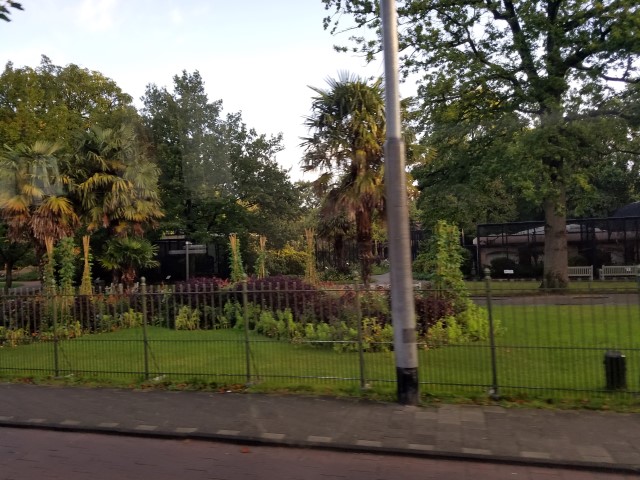 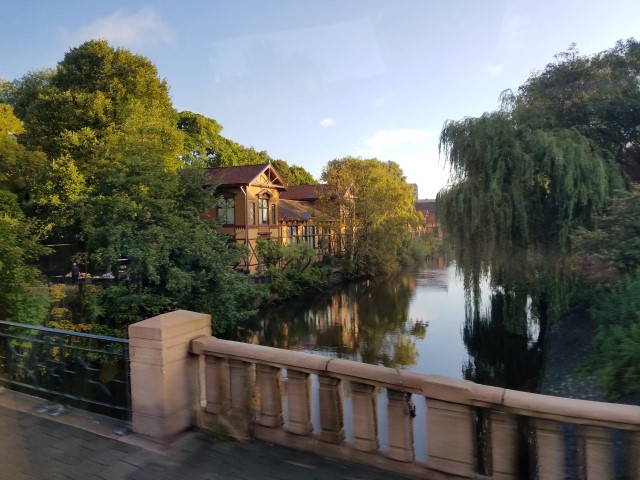 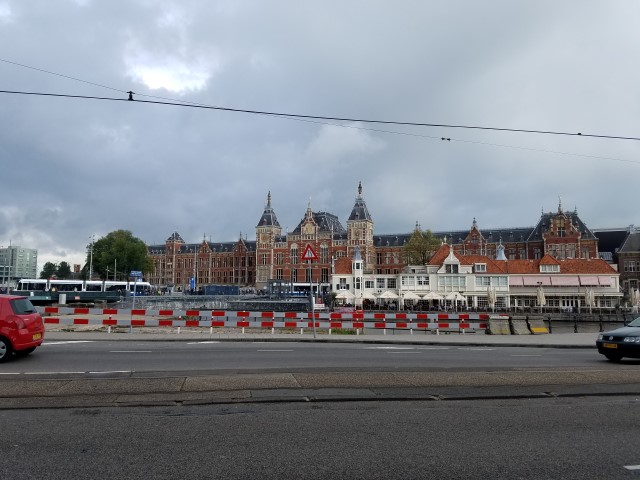 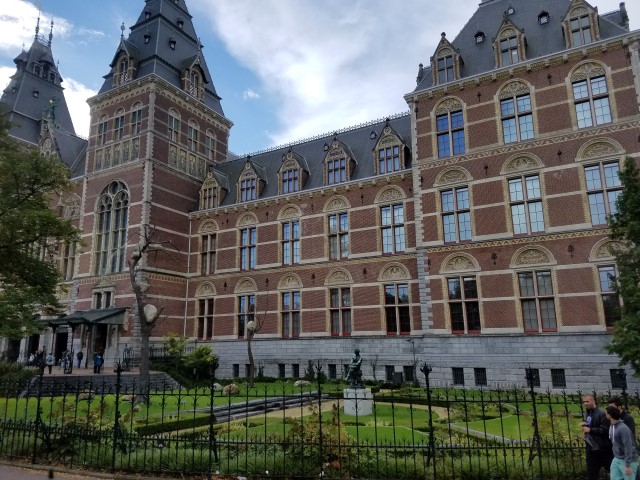 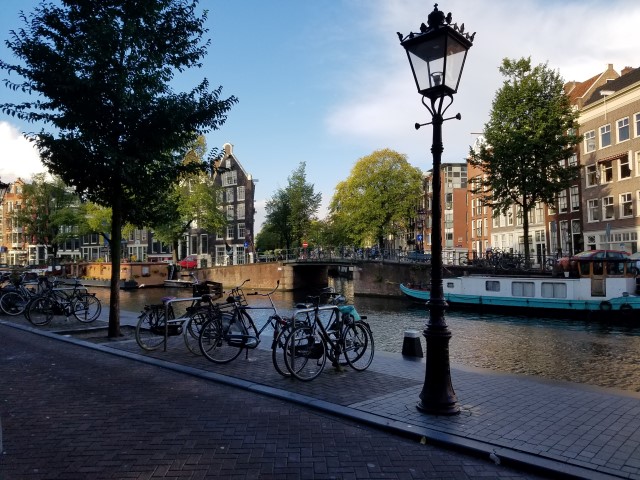 After the tour, we arrived at the Anne Frank Museum, which is located in the building she and her family hid in for two years during World War 2 (until they were betrayed and captured by the Germans).  It was a sobering but important experience. We were not allowed to take photos inside the museum. 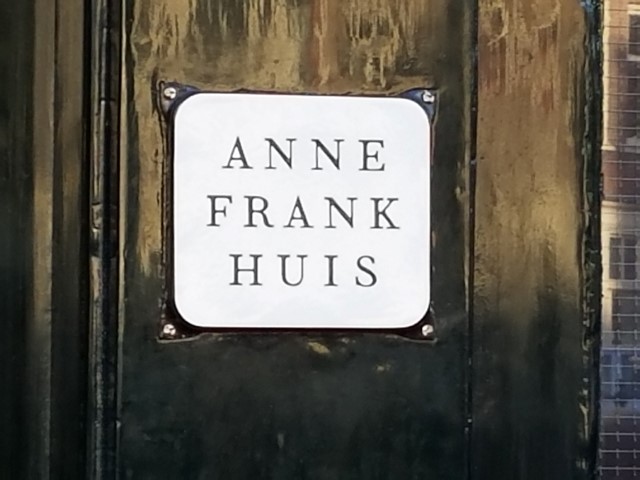 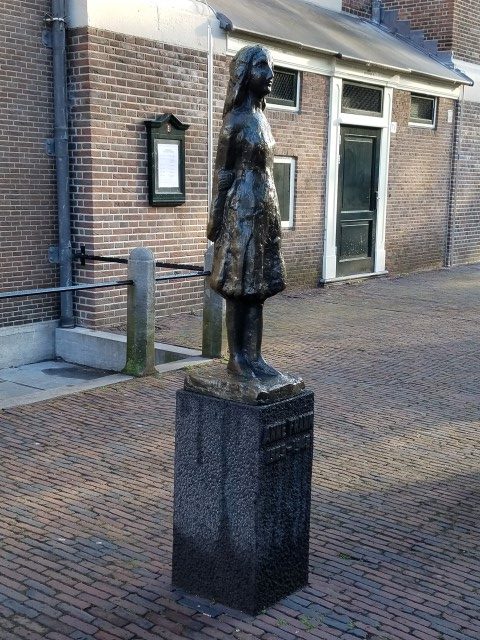 A statue that was put up to honor Anne Frank – at a nearby Church. She could see the steeple of the church from their hiding place – and hear the bells. She wrote about it in her diary. 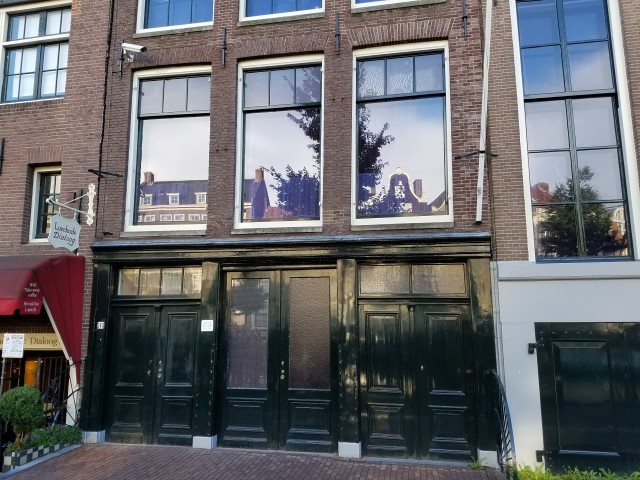 The building that the Frank family hid in

They hid there for 2 years before they were betrayed

After our tour, we were dropped off at the city center for some walking and shopping.  Unfortunately, it began to rain quite hard, so we didn’t stay out very long. 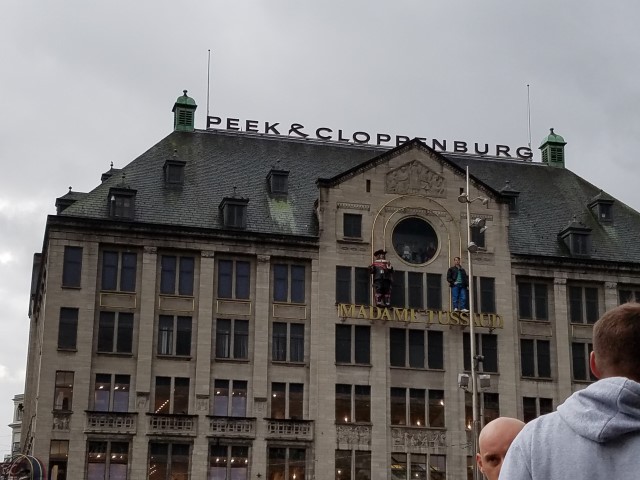 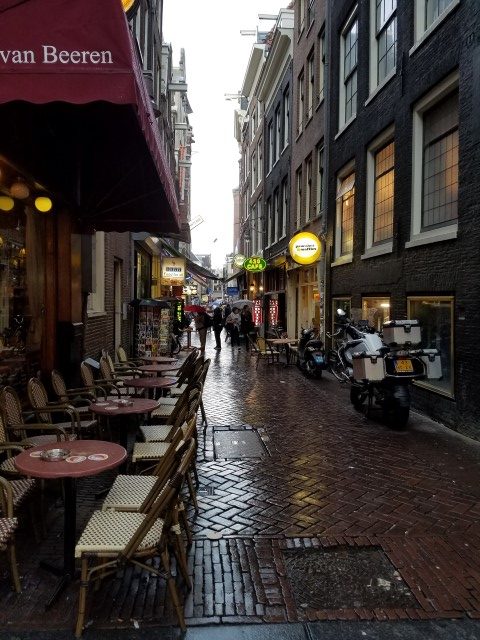 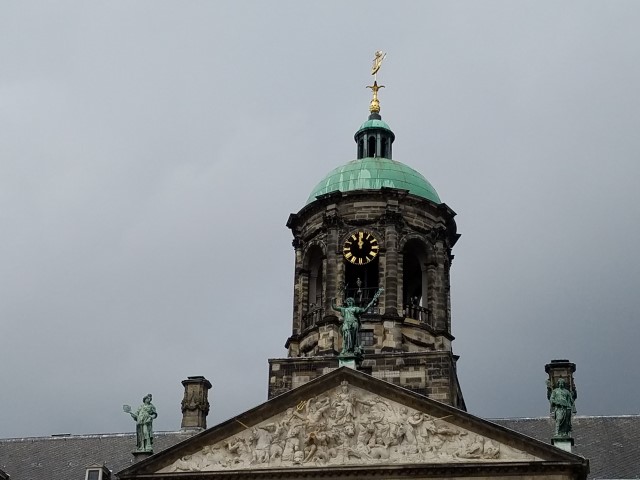 We headed back to the ship for lunch and a relaxing afternoon.  Our cruise has been wonderful, but it is nearing the end….one more port tomorrow, and then we will be at the final port the next day. It will be hard to say Goodbye to S.S. Voyager!

Tonight at dinner we had an extra special treat.  We met Leo Laporte (KFI’s “The Tech Guy” that we listen to each weekend) and his lovely wife, Lisa.  I had called into Leo’s show to ask him for suggestions for software to use for offline blogging (because internet connectivity is usually spotty at sea) and mentioned that we were going on this cruise – Leo and I compared notes on dates, and found out we’d be on the cruise together!  He invited us to come say ‘hello’ while on board, and we had not really had a good opportunity to do so until this evening.  We had a short but great visit with him and his wife, and she was so kind, and snapped a photo of us with Leo.  What a fun visit! 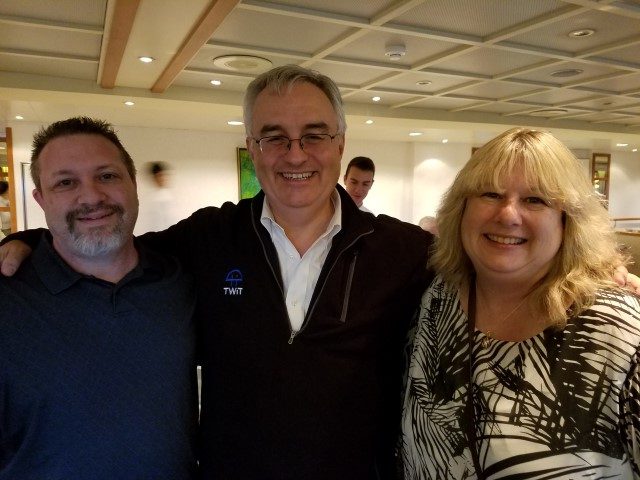 Leo Laporte with Adam and Susan (Thank you Lisa!)