Because we were all messed up from jet lag and what-not we got up early and walked around a bit by the hotel and the shops. It was an interesting variety of shops most of which didn’t sound familiar but they did have a Target and Gamestop and a few others that are the same as we have.

We had to catch a train which was to take us North to Beerwah and from there a bus was to pick us up and take us to the zoo which was just a short distance away. Basically the Australian Zoo is in the middle of nowhere about and hour and a half away but we were determined to get there! We purchased our train tickets and zoo tickets right there at the train station (the tickets were $5 less at the station.. $55 instead of $60 per person). The train ticket was $12.40 per person each way.

Here we are in the train station waiting for our train. Also the map of the Caboolture line. 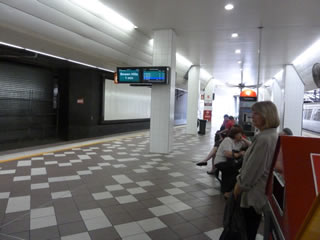 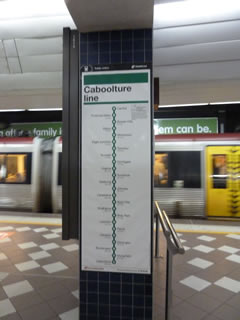 Right on schedule our train arrived. We hopped on and took it to our destination in Beerwah. 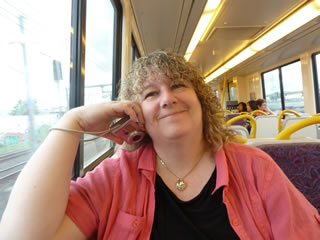 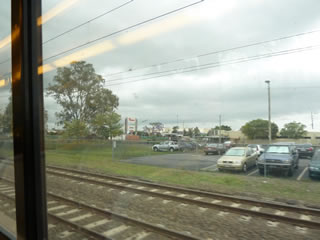 Once we arrived it was raining but the rain only lasted a short time. Fortunately our bus arrived only a few minutes after we got there which took us to the zoo. 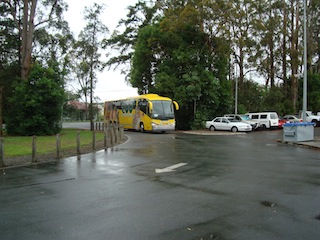 We arrived at the zoo … 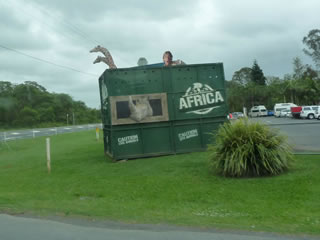 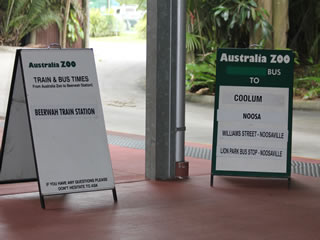 Once inside we made our way over to an elephant feeding. Susan was able to feed a elephant!

After that we walked through the crocodile area. Crikey! 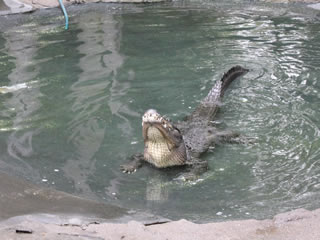 The crocs were all doing a chuffling sound which is their mating call. We never knew these things lived as long as they do. One of them have been at the zoo since 1940! One funny thing was these WaterDragon lizards. They are everywhere! We found one hanging around on a crocodile’s tail and another Adam almost accidently stepped on! 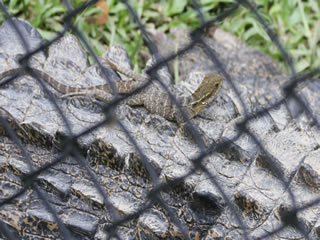 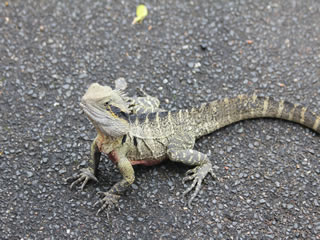 From here we went to the world famous Crocoseum! This is the show that Steve Irwin used to do and we’ve been wanting to go here for a long time now. 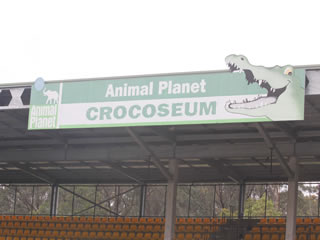 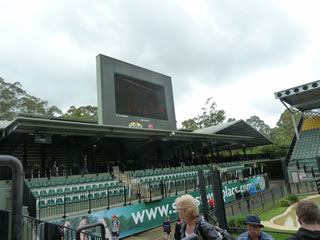 Halloween wasn’t very big in Australia but it was at the zoo (no doubt California native Terri Irwin’s influence). Everyone was dressed up and the show started with a kids costume contest judged by what else? A crocodile of course! 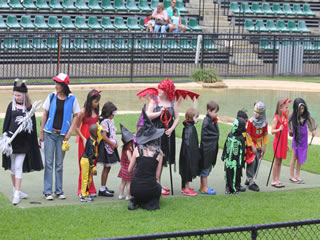 Then they brought out the elephants… 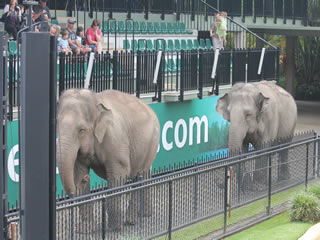 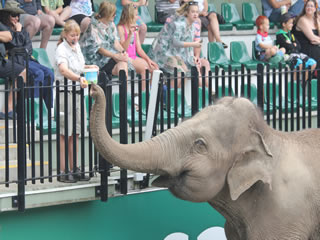 …and then the snakes… 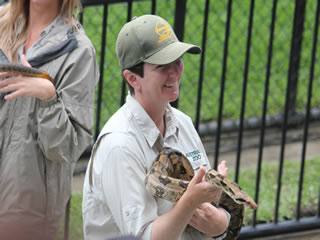 …and then the birds… 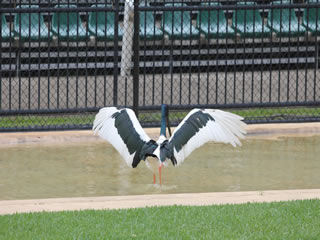 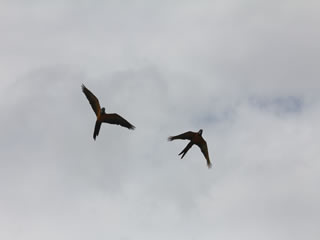 ..and finally the Crocodile! 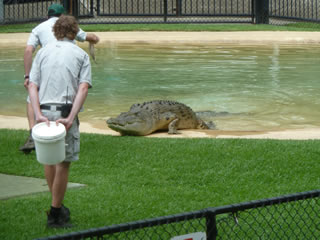 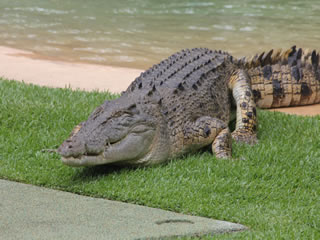 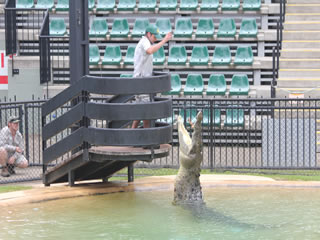 We really enjoyed the show! Then we walked around and viewed some of the other animals… 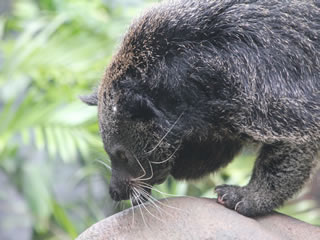 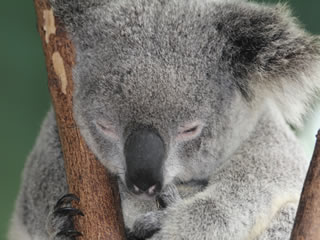 Then we had some lunch and took the shuttle to the Kangaroos! 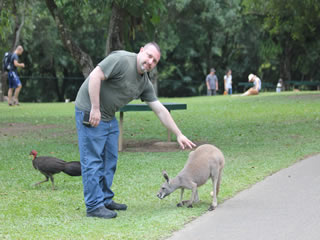 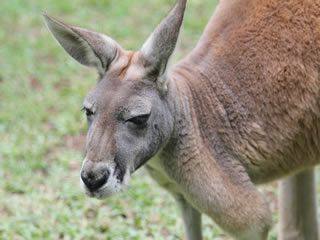 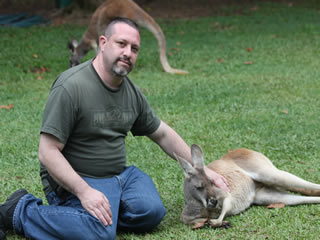 We continued to walk through several other exibits like the aviary, reptiles,and various other critters. Then we made our way to the gift shop to look around before our shuttle returned to take us back to the train station. It took us quite a while to get home and we were still a bit jet-lagged so we ate dinner and poked around the mall a bit more and then went to bed early. Tomorrow is our last full day here so we plan to do some shopping and then meeting Mike and Cathy for dinner. What a fantastic time we are having!